We use cookies to ensure that we give you the best experience on Hypable. If you continue to visit us, we will assume that you are happy with it.
3:00 pm EDT, October 26, 2020

Ryan Wilder will be donning the Batwoman suit when the show returns for season 2, after Kate Kane’s teased disappearance, and we have the first look at what adjustments will be made by Gotham’s new protector.

With the news of Ruby Rose’s exit as Kate Kane and Javicia Leslie’s entrance to the Arrow-verse as the new Batwoman, we’ve all been wondering how the Batsuit will be changed to fit Ryan Wilder.

Well, below we have your first look at Javicia Leslie in her own Batsuit, created by Costume Designer Maya Mani (who has created many of the suits for the Arrow-verse), and it was certainly worth the wait! 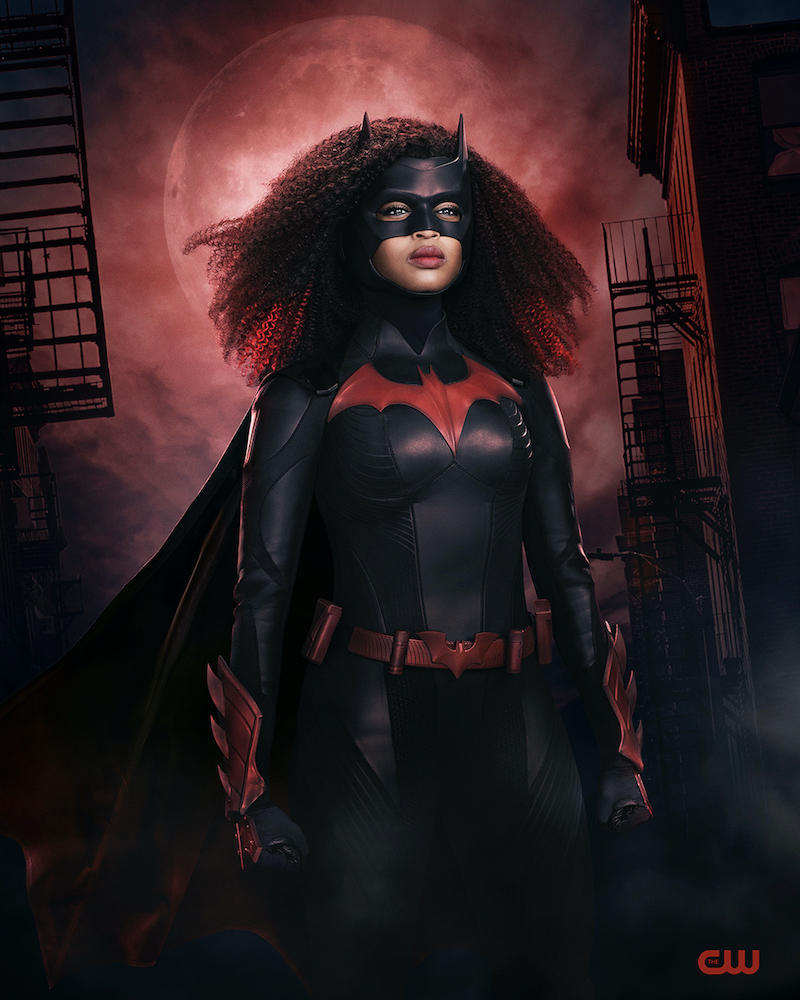 The official statement from The CW teases that, while she originally uses Kate’s suit, Ryan will reveal her very own Batsuit to Gotham and show the citizens they have a new hero, just like Kate did with her own suit after Gotham assumed the Dark Knight had returned.

Among the adjustments are a new cowl featuring natural, curly hair with red streaks, red gauntlets over the forearms, and shorter boots. The costume was redesigned with new materials, featuring laser etching to create more visual depth and a stronger silhouette.

Regarding the new Batsuit, showrunner and executive producer Caroline Dries stated: “Ryan’s journey starts from a place of ‘What can this Batsuit do for me?’ But it’s not long before she realizes the power of its symbol and what it can do for everyone else in Gotham City. As Ryan embraces everything that makes her special, she adjusts the suit to fit her physically and figuratively.”

She continues, “This meant creating a new body design and new cowl that was undeniably a statement that screamed ‘powerful.’ Maya Mani sent me her drawings and I loved it. The wig was something we never perfected in season one, and Janice Workman crushed it with this new take. Javicia and I saw various prototypes of styles and red ombres, and at one point we were trading our own iPad-doodled versions. Janice translated that into what we are looking at now. When I see it, I smile. It makes me feel inspired.” 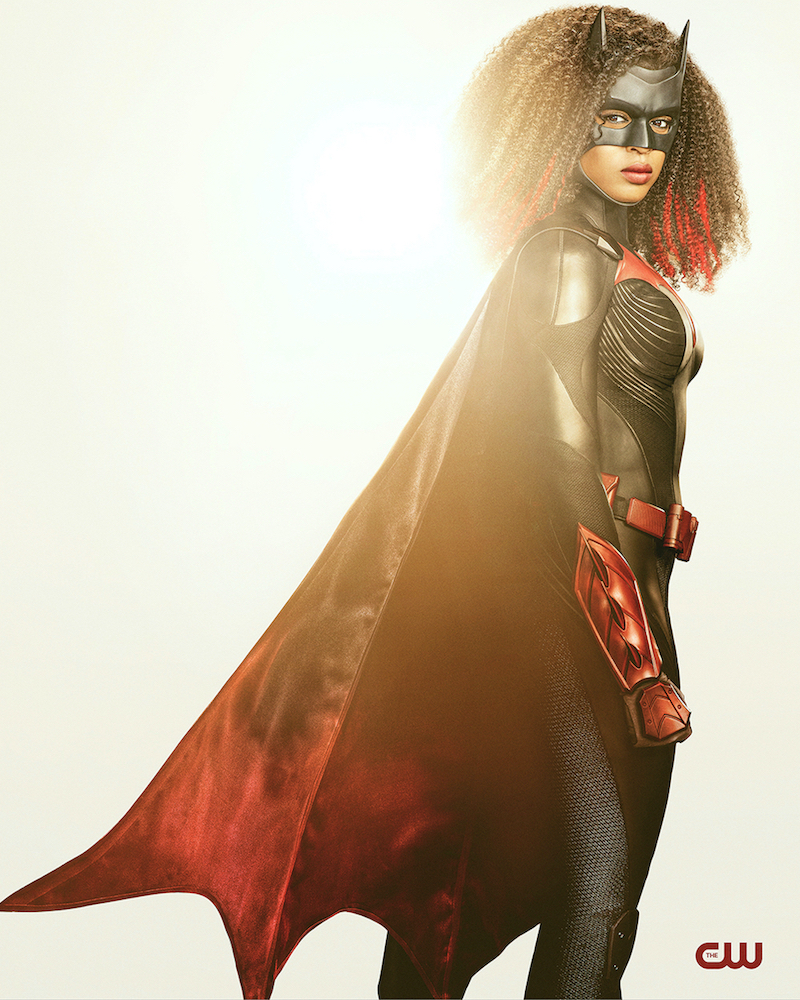 As for Batwoman herself, Javicia Leslie loves stated: “I love the fact that Ryan is becoming her own Batwoman — it’s her style, her swag, and her moment! It was an honor to be able to collaborate with Caroline and Maya. I felt it was important that viewers could tell by the silhouette that Batwoman was a Black girl. With the form-fitting suit and beautiful Afro, we definitely nailed it!”

As a reminder as we get closer and closer to the Batwoman season 2 premiere, the official character description for Ryan Wilder is:

She’s relatable, messy, loyal, a little goofy, and apart from being a lesbian, she couldn’t be more different than the woman who wore the Batsuit before her, billionaire Kate Kane. Ryan, who we meet living in her van with only her plant for company, has been made to feel trapped and powerless by the system her whole life, and believes the Batsuit is the key to breaking out of it. But what she’ll come to discover is that it’s not the suit that makes Ryan Wilder powerful, it’s the woman inside of it who finds her destiny in changing Gotham City for good. 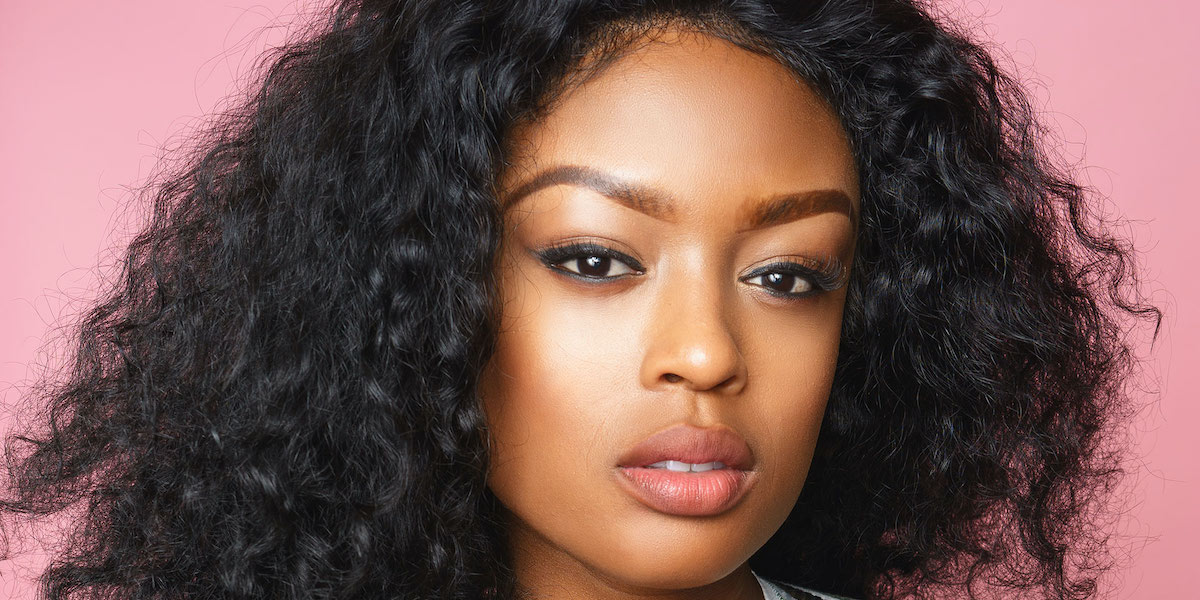 As for myself, I love how the new Batsuit looks. It really does capture the essence of Ryan Wilder (from what we’ve been teased) and gives her the opportunity to take this role as Gotham’s protector and do something that Bruce and Kate never could have done as members of a higher economic class without Ryan’s firsthand experience with the failings of Gotham.

Although a bit hesitant of writing out Kate Kane, I’ve come around to the idea that the show will be able to do other things with Ryan Wilder and Javicia Leslie at the helm, and it gives so many people a new hero to look up to and see themselves in.

Plus, it’ll give Batwoman a better chance to tell the politically-influenced stories they are obviously eager to dive into without the uber-rich Kate Kane. (That said, I hope Kate returns someday, maybe even to work alongside Ryan.)

The wait for Batwoman to return for season 2 in 2021 is going to be even more unbearable now! Stay tuned to Hypable for previews, reviews, interviews, updates, and more!

The Kissing Booth’s Jacob Elordi has found his next movie role.