We use cookies to ensure that we give you the best experience on Hypable. If you continue to visit us, we will assume that you are happy with it.
10:00 am EDT, August 21, 2019

Iphigenia Murphy by Sara Hosey is bound to be one of 2020’s best contemporary YA books, and we’ve got your first look at its vibrant cover and an exclusive excerpt!

Iphigenia Murphy (Iffy for short) is a teenage runaway who’s just looking for her mother and that feeling of home. Where does she go to look for it? Queens’ Forest Park.

Needless to say, this novel looks like it’s going to be full of interesting situations and memorable characters. Not only that, but from the look and feel of the book’s beautiful cover and intimate excerpt, we can tell this story is going to be chock full of heart.

And we can’t wait to dive in.

Feast your eyes on the official cover for Sara Hosey’s ‘Iphigenia Murphy’! 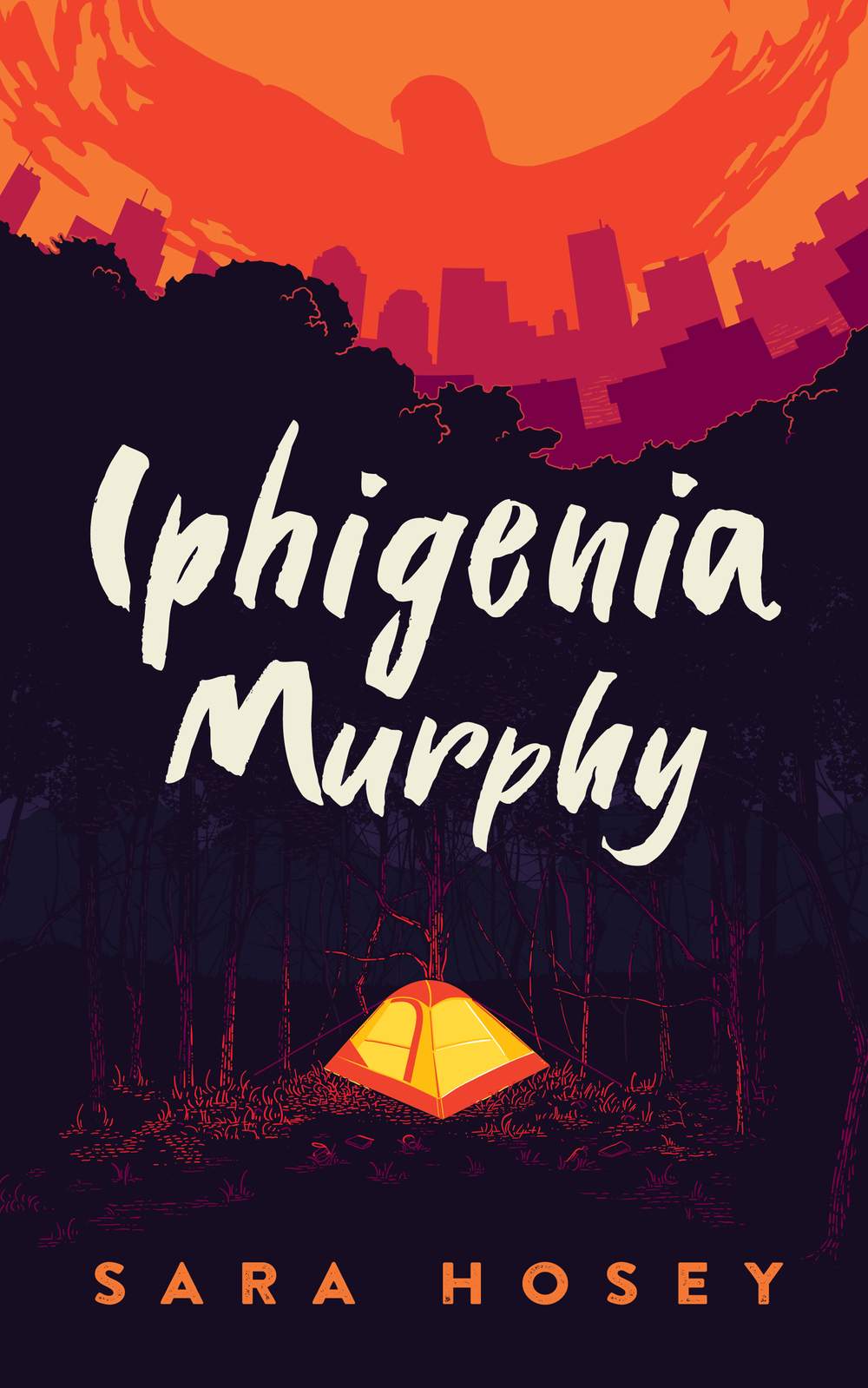 Intrigued by the colorful cover for ‘Iphigenia Murphy’? Check out this exclusive excerpt!

When it was sunny and I felt safe, I’d put on my Walkman and listen to the tape I’d made off the radio. I’d just walk around or I’d watch ants climbing over each other to collect some crumbs or a piece of chip I’d put down. Their little ant lives set to music changed everything: if it was the Ramones or the Violent Femmes they seemed angry and frantic and if it was Morrissey or the Cure they seemed romantic and epic. Sometimes I watched bees. Headphones on, I’d try to follow one, to see where it was going. I couldn’t ever keep track of them, follow them all the way back to their hidden home. I watched birds too, choosing one to keep an eye on as it hopped and fluttered from bench to grass to branch. Once I saw a flash of color in the trees and I thought it must have been the parakeet. I tried to follow it, but it was too far away and it flitted off. I lost it in the high branches.

Watching, I would let my mind wander and I would lose myself, thinking about my mother. I’d think about what I’d say when I found her. In my fantasy, she would be so proud of me for what I’d done. She’d be amazed that I’d figured out how to live in the park. She would think I was very brave. And we’d talk about how it was when I was still little and she lived with us. And we’d talk about what we would do next. She might have to go to rehab or something; I knew that. I knew she’d probably be pretty messed up. I wasn’t kidding myself. But maybe, who knew? Maybe she could get custody of me. I wouldn’t even mind living in a shelter if I could be with her. As long as we were together.

Once the batteries in my Walkman ran out I could still do it, just lose myself in thinking about her, spinning out elaborate stories. In one of my admittedly more ridiculous daydreams we bought a restaurant—in my imagination it looked a lot like the bar in Cheers—where I cooked and mom waitressed. I imagined telling off a customer that gave her a hard time and her being so grateful. I imagined us sitting at the empty bar, having our dinner after a long day’s work. A couple of times, I caught myself moving my lips, like I was really saying the things I was thinking about saying. Of course no one was around, but I felt embarrassed anyway.

Sometimes it didn’t work; I couldn’t get into the story ’cause I was feeling too nervous or sick or distracted. So, I’d try to read. I’d checked out—indefinitely—a bunch of books from the library, including a book from the “recommended” shelf, Anne of Green Gables, a weird book called The Hitchhikers Guide to the Galaxy that the skateboarding guys were always talking about, and Alice’s Adventures in Wonderland.

I was sucking the tip of my thumb and reading Alice the day I met Angel.

Summer was pouring in, and each day was just a little fuller with sunlight. I was sitting on a bench set along one of the trails deep in the park. It was one of those quiet, eternal spring evenings, full of birds singing and the far-off noises of kids in a playground.

I was reading the words, “A mouse—of a mouse—to a mouse—a mouse—O mouse!” when all of a sudden, a big black dog flew right by me. I had to wonder if I was hallucinating. It seemed almost magical, like a reverse–white rabbit had leapt right out of the book or something. I stood up, my book in one hand and my reading glasses in the other, and looked after it, but it was gone as quickly as it had appeared. I called “Here, boy!” weakly into the trees, almost embarrassed, feeling that if someone was watching me they’d think I was crazy.

I really thought it was possible I had fallen asleep reading and dreamed it. But we must’ve both been circulating around the same territory, because a few days later I was moving my camp and I came across the same dog eating somebody’s garbage out of a Styrofoam container half-buried in leaves. A mangy-looking, dirty, skinny mutt. I could tell she was a girl. She was tough looking, but she also had this enormous, curly, puffy tail. Like they ran out of tails when they were putting that dog together and so they went ahead and slapped on whatever was lying around. Just the silliest tail you ever saw.

I’d never had a dog. I had a kitten for a little while once.

“Hey,” I called. The dog raised her boxy head and looked at me warily, warningly, and then stuck her snout back in the food.

Seeing that ugly dog made something inside me ache. I wanted her to look at me, to come over to me. I hadn’t paid much attention to dogs before, but this felt different.

God, I was lonely.

I squatted down and watched the dog out of the corner of my eye. I didn’t want her to think I was after her food. I got some jerky from my pocket and slowly held it out, still not looking straight at her.

The dog ignored me. She finished what she was eating and then started licking the Styrofoam so hard the whole container would turn over, and then she would have to paw it right-side-up again, and only when that was spotless did she finally deign to notice me again. She approached slowly, sniffing at the air.

Her hair was sticking up all down her spine, and I started getting scared. I was excited she was coming over, but I kind of wished I had kept on walking too.

So, there we were, facing each other among the trees, neither of us moving any closer.

Squatting started to hurt my legs, but I didn’t want to stand up and startle her, and I didn’t want to sit down because then I wouldn’t be able to run if the dog attacked me. So, I stayed awkwardly in a crouch, more and more uncomfortable and miserable by the minute.

And then the dog got closer and took the jerky real gently with her front teeth before trotting a few yards away, looking up at me with sad eyes as she tossed her head back two or three times, gulping down the meat.

I smiled and sat down on my butt. If she was gonna bite me, I figured she would have done it already. I held out more jerky and the dog was more confident the second time—she came over, took it, and trotted away. I fed her about three strips before putting what was left back in my pack. I wasn’t even sure if dogs should eat jerky, although I figured it was just as good, or as bad, as anything else she might find to eat in the park.

Then the dog approached, sniffing.

My heart was beating hard, but in a good way.

I tried to keep playing it cool. I slowly held out an empty hand. She paused and then approached again, her snout aimed at my hand. I tried to touch her when she got close, but she pulled back and out of reach again.

And then we looked at each other, into each other’s eyes. Her eyes were brown, flecked with green. They were familiar, a lot like human eyes. It was, I thought, maybe like falling in love.

The two of us, black-haired and skinny and lonely. And scared. Like, maybe we were supposed to find each other.

About ‘Iphigenia Murphy’ by Sara Hosey 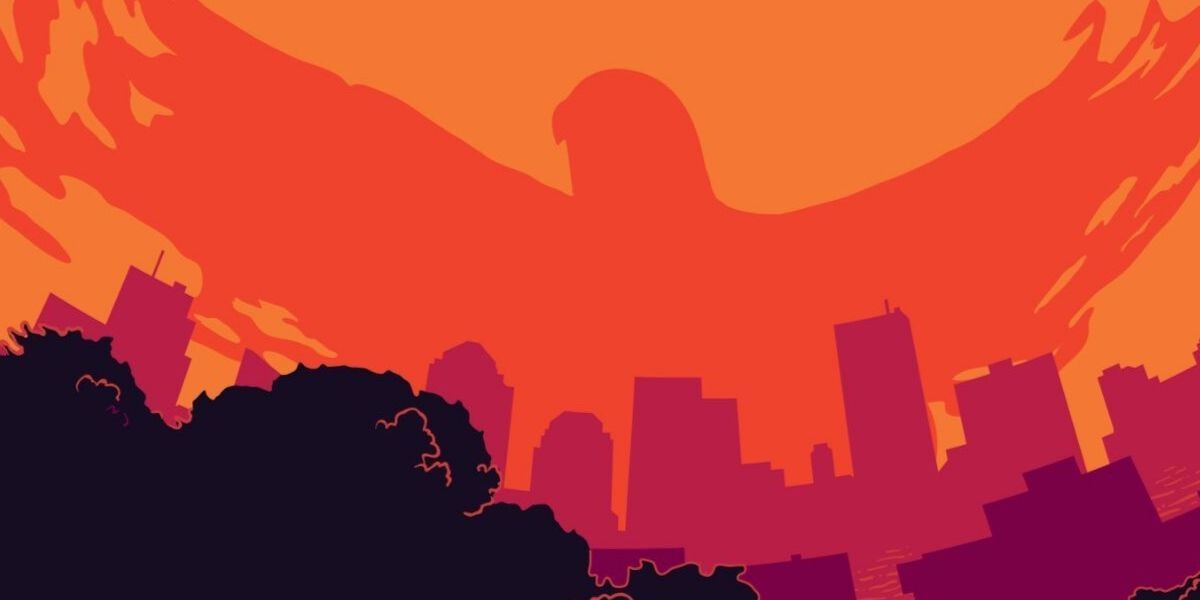 Running away from home hasn’t solved Iphigenia Murphy’s problems. In fact, it’s only a matter of time before they’ll catch up with her. Iffy is desperate to find her long-lost mother, and, so far, in spite of the need to forage for food and shelter and fend off an unending number of creeps, living in Queens’ Forest Park has felt safer than living at home. But as the summer days get shorter, it all threatens to fall apart.

A novel that explores the sustaining love of friendship, the kindness of strangers, and the indelible bond of family, Iphigenia Murphy captures the gritty side of 1992 Queens, the most diverse borough in New York City. Just like Iffy, the friends she makes in the park—Angel, a stray dog with the most ridiculous tail; Corinne, a young trans woman who is escaping her own abusive situation; and Anthony, a former foster kid from upstate whose parents are addicts—each seek a place where they feel at home. Whether fate or coincidence has brought them together, within this community of misfits Iffy can finally be herself, but she still has to face the effects of abandonment and abuse—and the possibility that she may be pregnant. During what turns out to be a remarkable journey to find her mother, will Iffy ultimately discover herself?

Iphigenia Murphy by Sara Hosey will be available March 2020, from all of your favorite booksellers.