On Gossip Girl season 1, episode 3, Julien stumbles onto the fact that her father, Davis, has a girlfriend he’s kept hidden for, uh, a while. Meanwhile, Max finds one of his dads’ profile on Scruff. Uh-oh.

Gossip Girl season 1, episode 3 continues the trend of Julien and Zoya feuding, though maybe not as actively as before… but the air is rife with tension, especially as things continue moving forward for Zoya and Obie.

Meanwhile, after Audrey slept with Max and Aki made out with him, they’re both freaking out over keeping their indiscretions a secret as they attempt to understand what it means for their relationship moving forward. 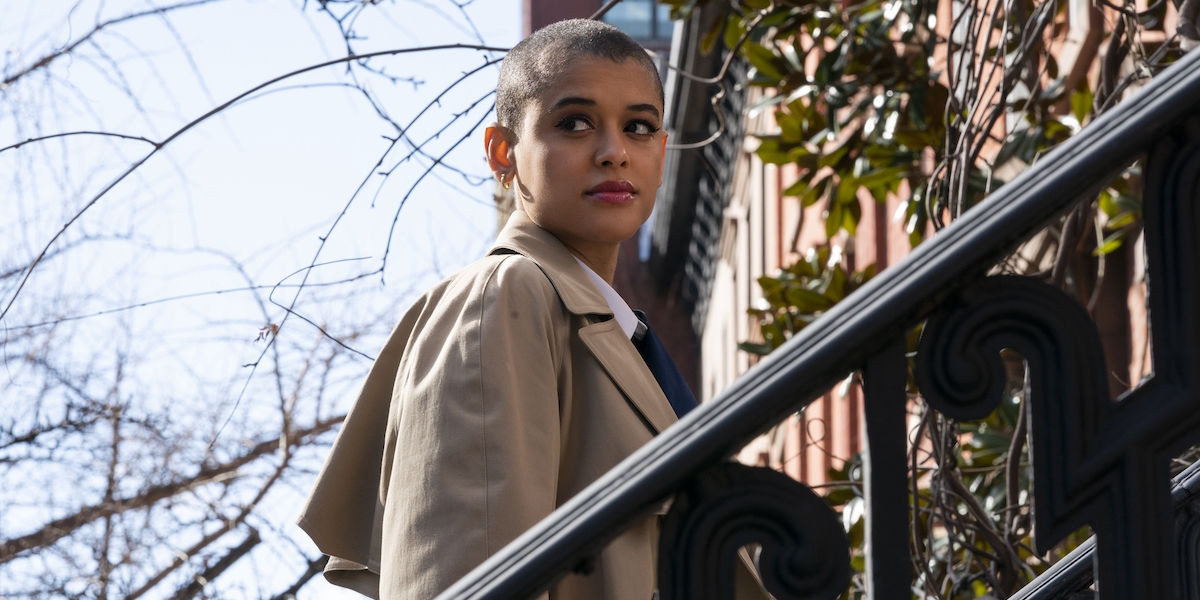 Gossip Girl season 1, episode 3 continues to tell the story of the sisters that barely gave each other a chance, the love triangles that should’ve never been, and the worst teachers on the face of the Earth. Moving on, it’s a bit more entertaining than the episode before (though the full-frontal nudity was a bit much, if I do say so…) and creates more problems for these rich kids to make much, much worse.

Everyone is figuring out how to move forward, which includes Zoya trying to find her role in her new life and with Obie, Aki and Audrey’s relationship progressing past Max, and Julien discovering new information about her father that changes their dynamic.

When Elizabeth Lail was first cast, I was incredibly excited, as I’ve loved her in basically everything from Netflix’s You to Freeform’s Dead of Summer to ABC’s Once Upon a Time. But bringing her in as the kind of obnoxious and, in comparison, trashy girlfriend of Julien’s dad is just too much for me. 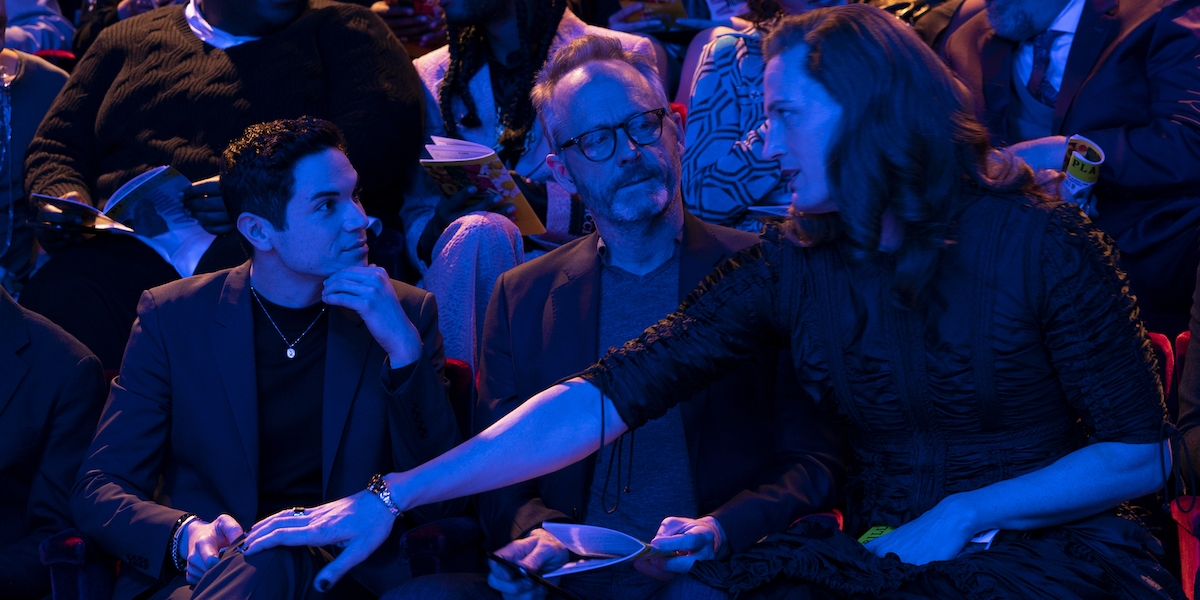 However, there’s some potential for an intriguing relationship between Lail’s Lola and Alexander’s Julien, particularly because she’s never had a mother figure if Davis really never brought any of the women he was seeing around her over the years. It’s clear what that absence has done to Julien, and Lola does seem like a nice woman that is genuinely interested in Davis. So, as much as I hate that she’s playing this character, I’m excited to see more of Lail as the season continues.

Going back to the episode as a whole, I do feel like things are moving along too quickly in some ways when we don’t really have an emotional connection to these characters or much of an idea of what the dynamics are really like.

For instance, while they’re all together as a group, it doesn’t seem like Audrey really likes Monet or Luna. What’s going on with that? We also don’t really know how Obie and Julien’s relationship was like when it was good, so it’s hard to feel for Julien over “losing” him to Zoya. I wish there had been more time spent on establishing the status quo before everything started being shaken up.

But, alas, there’s not much we can do about that now. 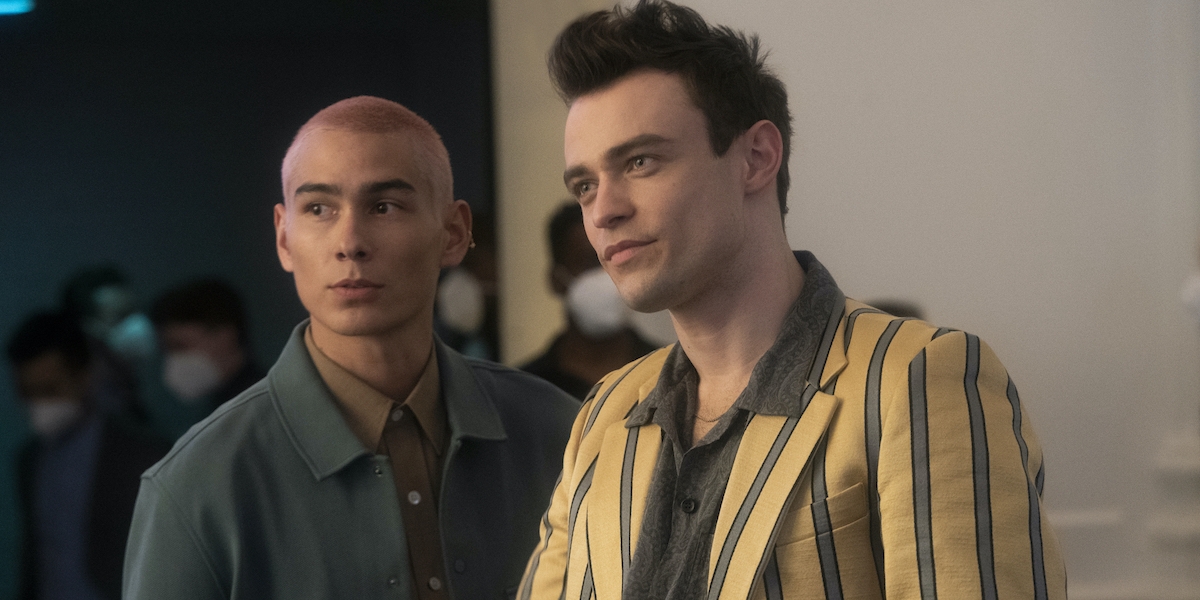 Honestly, with each passing episode, Max gets even worse. Gossip Girl season 1, episode 3 is no exception, as Max begins a psychological free fall after finding one of his dads on Scruff under the name “Newly Single.” When, spoiler alert, that is not the case…

But what really gets me is Max using his teacher to catfish his dad with Aki’s help simply because the teacher won’t sleep with him… and then trying to manipulate a fight with the seat-swap at the play. What a disgusting thing to do, honestly.

What did Max expect from catfishing his dad, particularly given the issues he was becoming aware of at home? The hope he held out that it wasn’t what it seemed is understandable, I guess, but his actions are just inexcusable and incredibly immature. He made matters infinitely worse than they would have been if his dads had actually just had that conversation… so, am I supposed to feel bad that he’s finally facing consequences for his actions?

As I wrote in my previous review, there’s obviously fault on both sides here with the teacher/student situation… but the way the show is painting the teacher as the bad guy for not giving into Max is gross. So far, I just want Max written off. The show would be much more enjoyable without him.

(Also, given Max’s seemingly picture-perfect childhood, how did he end of the replica of one of the worst characters in existence?) 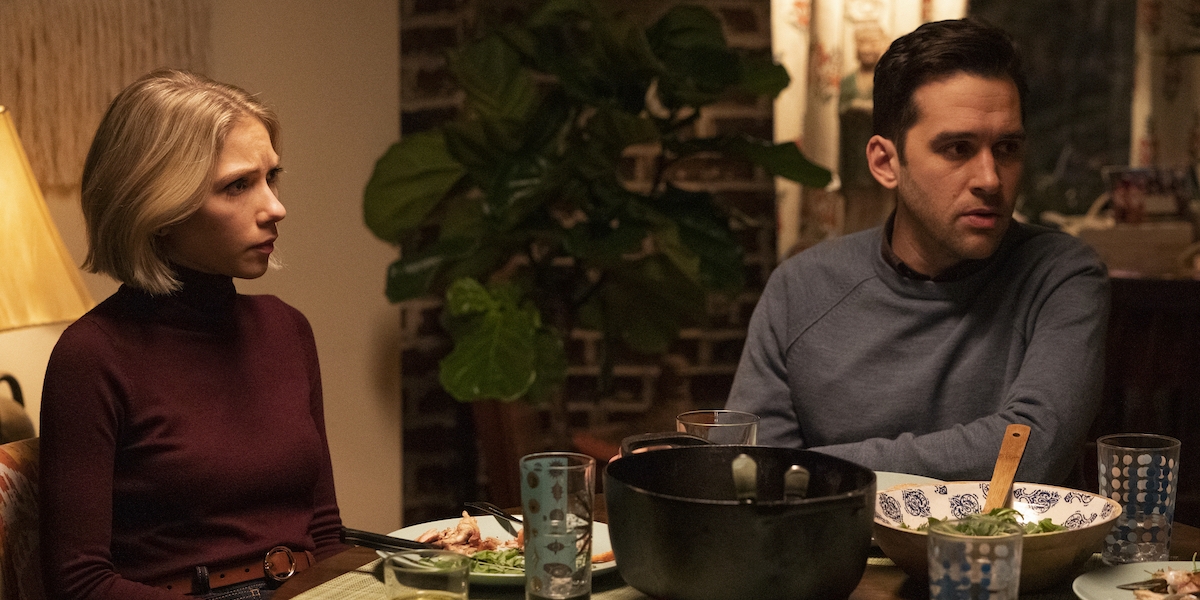 It’s great to see that some action is actually being taken to find those that are stalking and tormenting their children, but disappointing to see how that unfolds on Gossip Girl season 1, episode 3.

Do the writers not realize the message they’re sending by having the white teachers frame the only woman of color for this entire thing (when it wasn’t even her idea in the first place)? Reema was the most interesting and bearable of the foursome, so it’s going to be a nightmare to see these teachers continue to pretend they’re doing absolutely nothing wrong. Plus, the only other potential candidate they considered framing was the gay man of color… what the hell is that about, Gossip Girl writers?

Also, I have a hard time believing this one teacher was smart enough to out-tech a literal tech company investigating the situation. How powerful could his firewall have really been?

Justice for Reema, the least deserving of being fired. Watch your back, Kate. You’re going to get your comeuppance. 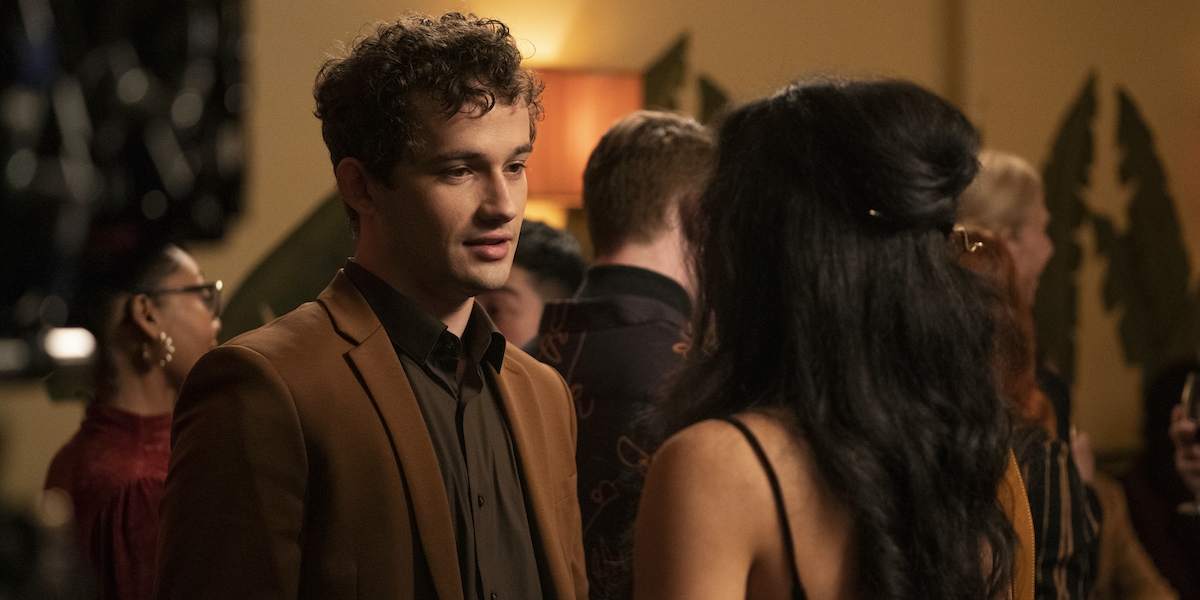 What really bothers me about Gossip Girl (season 1, episode 3 included) is how Zoya is becoming the primary target for everyone. When the series began, Julien was the girl they set their sights on, the HBIC of Constance Billard. But even in the first episode, every hint of scandal became about Zoya. (And it gets worse in the episode following this, given Monet and Luna’s new mission to oust Zoya from New York City.)

The bullying she’s endured so far by pretty much every character except for Obie is so undeserved and unwarranted. All Zoya wanted was to be in her sister’s life and regain a little piece of the mother she never got the chance to know. From her first moment at Constance Billard, it has been one person stepping on her after another.

She’s been nothing but dragged down, attacked, and humiliated since inviting Julien into her life, and the constant flip-flopping from Julien about whether she’s mad at or loving Zoya is already tiresome. Get over it. Move on. Stop treating your sister like shit, Julien. 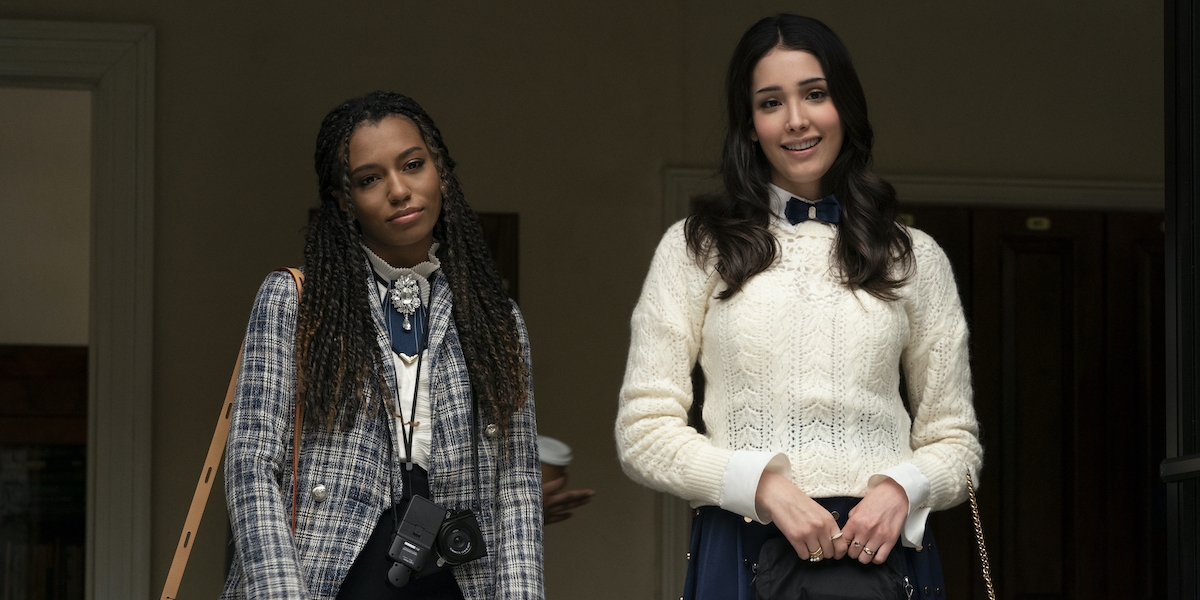 Perhaps the reason I’m loving Zoya and Obie’s relationship is because he’s the only one who’s even slightly nice to her consistently. It’s just a shame that it is so often dragged down, like in this episode, by Obie’s former relationship with Julien and that occasionally making things awkward. That was such an unnecessary element to include in the show.

While Gossip Girl season 1, episode 3 is an improvement, it’s still difficult to really care for some of these characters, namely Max. However, the Aki and Audrey situation is progressing so slowly and poorly that any time they’re on-screen, I’m bored. There could be so many better ways with much more dramatic flair to tell this same story with those two and get the same result that we’re building to.

I want more excitement, more depth to the stories that have been on basically the same loop since the pilot, less of the teachers, and more drama. The original Gossip Girl never lacked on that. I want the show to reach its maximum potential, but it doesn’t feel like that’s ever going to happen. (It is still early, but episode 4 isn’t an improvement on those fronts either.)