‘Gossip Girl’ season 1, episode 1 review: The Bitch is back

The infamous Queen of Scandalous Activity is back with a new person behind the screen.

It’s time for a new group of Constance Billard and St. Jude’s most scandalous students to take the spotlight on Gossip Girl season 1, episode 1, as the HBO Max reboot brings us back to familiar territory.

Gossip Girl season 1, episode 1 begins in a post-coronavirus world (I wish) as the students from the Upper East Side begin a new year at Constance Billard and St. Jude’s… where things have gone downhill since the likes of Serena, Blair, and Nate left.

Now, the school is run by the students, who have more power (or, rather, money) than they know what to do with, and the teachers are punished for not bowing to the whims of their worst students. So when an opportunity arises, the teachers seek to take control back in what is likely the most deservedly fireable way ever. But such is life in New York City… 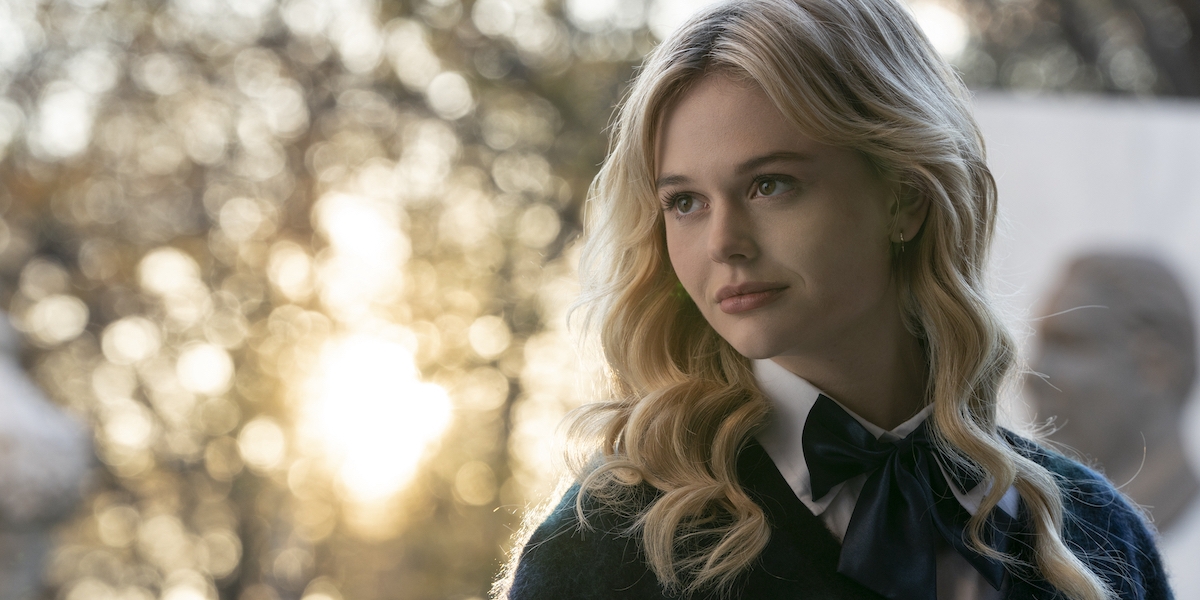 Well, this was not at all what I was expecting on Gossip Girl season 1, episode 1. The world of the Upper East Side in New York City has opened up to us once again with a fresh batch of recruits to have their wildest and darkest secrets exposed on the internet… only this time, the person running the new Gossip Girl account isn’t just seeking their own way into the world of money, attention, and compromised morals.

The reboot begins with a wealthy selection of new characters for us to get acquainted with, though Julien and Zoya take the spotlight (more on them below). We have a sexually fluid Chuck Bass impersonator, the mean girls pouring with potential at Julien’s side, and two characters that don’t really seem to fit so far. Plus, the guilty and rich boy that spends every waking minute doing the most to give back… so he says.

The characters all have a fair bit of potential, but this pilot episode didn’t really do much to introduce us to everyone. Some, like Aki and Audrey, kind of fell between the cracks and didn’t make much of an impression. Gossip Girl season 1, episode 1 definitely could’ve been improved to show us who everyone is that we’re coming aboard to watch explore this new world, in my opinion.

All of that aside, it is just nice to be immersed in this world again. The scandals, luxurious nights out, unbelievable parties, it’s all reminiscent of the original that showed us how lavish the 1%’s lives are.

However, I could’ve done without the constant mentioning of the pandemic, though, as that was not crucial to bring into the story. But I guess that’s another reason to be envious of New York’s wealthiest because not only are they loaded, they also get to live in a coronavirus-free world… 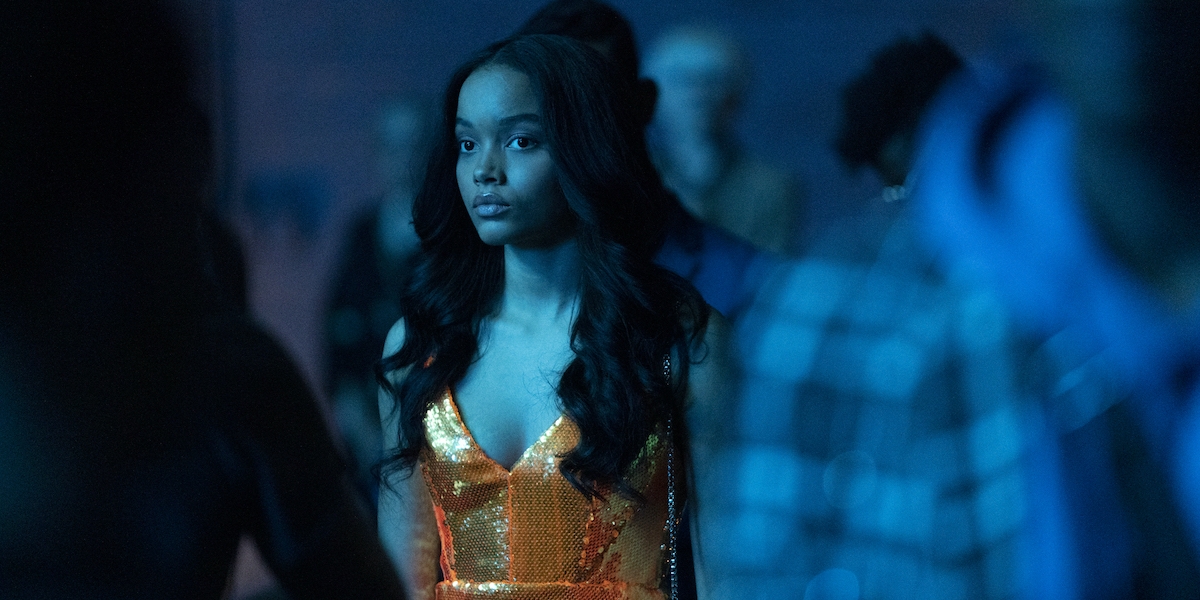 As an unapologetic Serena van der Woodsen stan, I am fully on Team Z after Gossip Girl season 1, episode 1. Zoya, character-wise, reminds me a bit of Serena and Jenny when they were at their best on the original Gossip Girl. She’s kind, sweet-hearted, and seems to be a picture-perfect teen that has had a bit of a rough upbringing.

It’s also quite refreshing that, so far, Zoya isn’t desperate to fit in with the rich girls from Constance Billard, which was Jenny Humphrey’s downfall. She’s genuinely interested in good people, like we’re seeing with Obie and her knowledge of his causes and others. And the only person she has felt desperate to get to know is her estranged half-sister, Julien, but that probably won’t last much longer.

At the beginning of the episode, I loved Julien. I think, after a little bit of time and growth, I will easily come to love Julien again. She’s such a sweet and charismatic girl, it’s no wonder that people have flocked to her as an influencer. Unfortunately, constantly having to watch yourself has seemingly taken a toll on her. I really wonder what she’s been up to over the last year in quarantine. 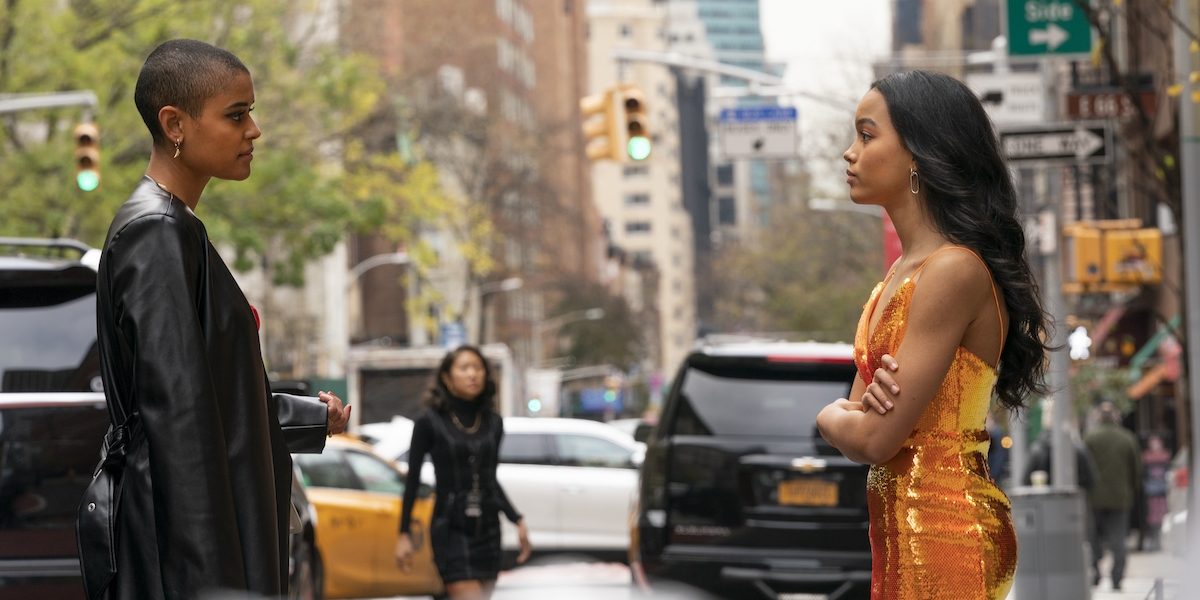 It’s interesting to already see how conflicted Julien is about what’s currently going on in her life. The pressure being someone with influence has clearly shaken her perspective on things, yet we see the girl inside that just desperately wants to relax and not have her life be a constant show.

The sisterly bond Zoya and Julien have is something I didn’t expect but thoroughly enjoyed. Though they haven’t ever really known each other, it gives a reason for these two to continue to be in the other’s orbit. Serena and Blair shared history that always kept them attached, and while they acted like sisters, it’s going to be interesting to see how far Julien and Zoya are going to be willing to take their rivalry when they actually are sisters.

But after what Monet and Luna did to Zoya at the end, and Julien’s reaction to that, it’s going to take a while before I’m going to be fully rooting for Julien again. However, Zoya could not have gotten a better introduction (and her blossoming relationship with Obie is already making my ‘shipper heart soar).

Also, can we talk about how fucked up it is that their dads have kept them away from each other? And, on top of that, simply because they didn’t like each other (as far as we know)? Clearly the parents aren’t any better this time around… 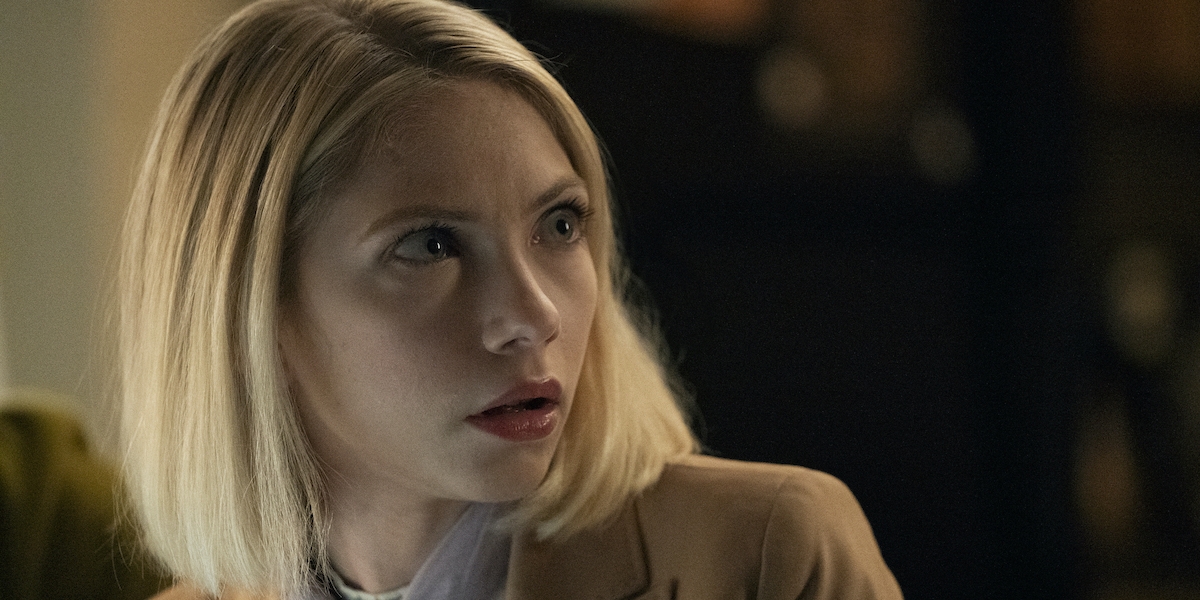 Honestly, like, get a new job? How are these grown adults going to revive Gossip Girl and just feel perfectly content with their actions? If the original was any indication, Gossip Girl almost always only hurts those it covers.

That said, it is an unexpected and interesting twist with some ethical implications attached. Starting Gossip Girl season 1, episode 1 with the reveal that Tavi Gevinson’s Kate Keller is taking the reins gives us an intriguing look behind the curtain, which is something we never got with Dan.

How does this impact the person spreading this harmful gossip about the students? Kate seems like a bit of a psychopath at this point, perfectly untouched by the consequences of what she’s doing, but perhaps that will change as the stakes are inevitably raised.

By the end of the season, I see someone else stealing this role from the teachers in some way, whether by stolen password or the teachers calling it quits to revive their moral character, and the mystery continuing. If not, I’m not sure how long I could watch these teachers do this to these teenagers they’re hired to provide support and knowledge to…

(LOVED the throwback to Serena’s first outfit in the original Gossip Girl pilot with Kate’s outfit on the train. Perfection.) 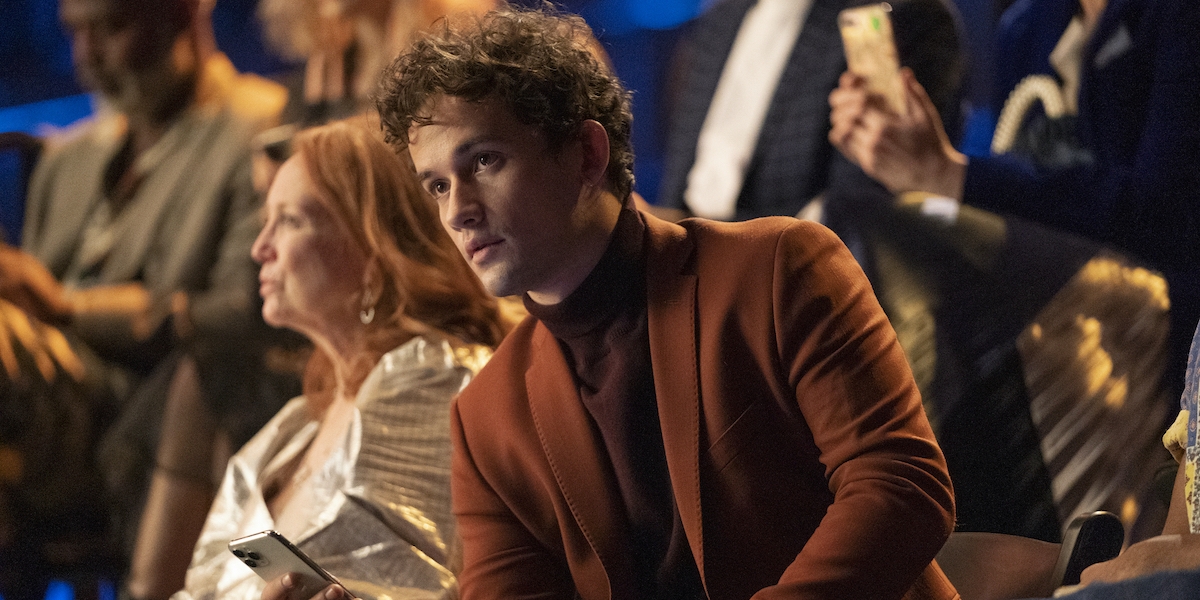 It’s interesting to see the perspective spun on Gossip Girl season 1, episode 1 about what the presence of this entity does to those it constantly follows. With the original show, despite watching many, many times, I never really thought about how Gossip Girl revealing their secrets made them change.

Dan’s Gossip Girl held the group accountable for their actions, which was more than enough. My belief was always that they changed because they had to take responsibility, not necessarily that Gossip Girl, for lack of a better word, humbled them. It brought them down to a level where they could recognize their privilege and mistakes and change. It wasn’t just about these pretty and rich people being exposed.

So, for that, I’m thankful for the reboot. I’m still not sure if I’m completely on board after just this one episode, but it’s clear there’s a lot to offer, and hopefully the less impressive aspects will improve with time to flesh stories, characters, and dialogue out.

New episodes of Gossip Girl stream on HBO Max every Thursday. Until next time… XOXO.