HBO has just released a second preview of the beyond-highly-anticipated Game of Thrones season 8.

Update (April 2, 2019): A truly eerie new teaser titled “Aftermath” appears to preview the fallout from the Battle of Winterfell seen in the full trailer. Watch below:

This new Game of Thrones season 8 teaser is, like the Winterfell crypts preview, entirely promotional and most likely does not contain any actual footage from the season. But it is a chilling, and almost spoiler-y view at one of the final season’s many climactic moments — and contains a few chilling hints at what may be to come.

The Stark banner still flies over a devastated and seemingly abandoned Winterfell. The battle echoes through snow-covered halls with the detritus of battle — dragonglass arrows, and Arya’s Needle lies abandoned. A lone feather, which has previously symbolized Jon’s mother Lyanna Stark, drifts through the wrecked castle.

Bran’s wheelchair lies broken at the bottom of a flight of stairs. Jaime Lannister’s golden hand rests alone in the snow. Dany’s dragon chain is broken, and Jon Snow’s sword Longclaw lies in a drift… as the Night King stalks through the gates of Winterfell.

Of course, it’s unlikely that HBO has really spoiled one of the major moments of Game of Thrones season 8 in this teaser. While death and trauma galore is assured for the final season, it doesn’t seem like the entire cast would be wiped off all at once.

But if fans didn’t already know to worry for our favorites, this teaser certainly puts us on high alert. Winter has come, and war with it. We should all be well primed for the consequences. 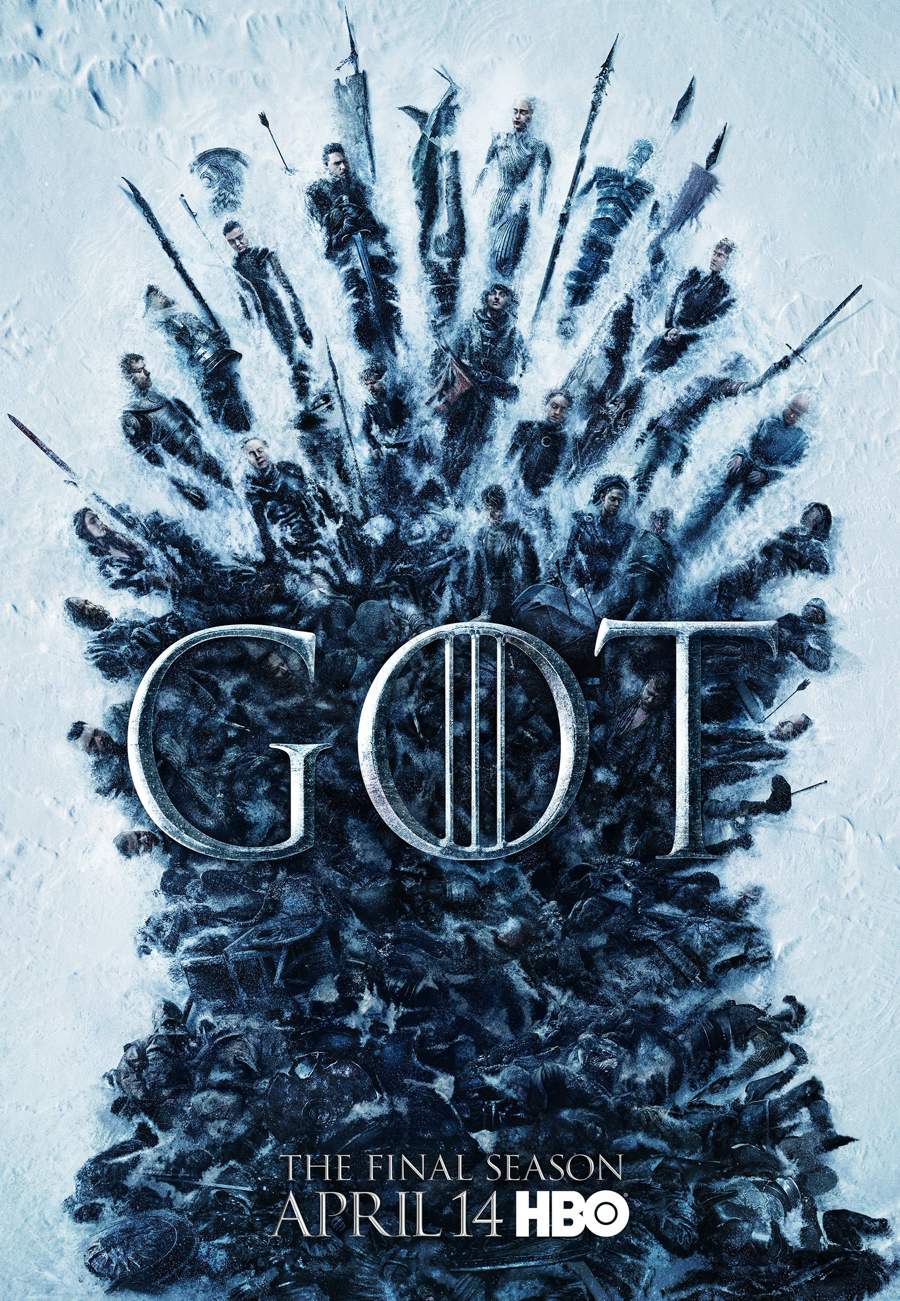 The older 2-minute preview offers our best look yet at the final season. The central takeaway from the Game of Thrones season 8 trailer seems to be death and life, perilously balanced — for just a little while longer.

On the note of death, the Game of Thrones season 8 trailer begins with Arya Stark, herself a picture of contrast. The youngest Stark daughter races through the halls of Winterfell, terrified and bloody, while her cool voice-over belies her fear.

“I know death. It has many faces,” she says. “I look forward to seeing this one.”

In her hands, she holds an obsidian dagger, the best defense against the swarming White Walkers — but does Arya’s later fear bely this confidence?

Hard to tell, and we have a lot more to get to.

Next, we see the forces of life and death arrayed. The Golden Company arrives on Ironborn ships, while Bran presses some uncertain wisdom on Sam Tarly. (“Everything you did brought you where you are now, where you belong. Home.” Thanks, kid. That is neither specific nor helpful.)

Cersei leers down at her forces from the walls of the Red Keep, along with Qyburn, who is somehow still alive. More armies amass toward Winterfell, shepherded by Daenerys and Jon Snow/Targaryen. Sansa gazes in mingled astonishment and fear as Dany’s surviving dragons sweep over Winterfell, and Jon offers some on-the-nose but still appreciated warnings.

Related: Five happy endings that might just happen in Game of Thrones season 8

(Coincidentally, Jon is also seen with Daenerys in the Winterfell crypts, where his mother Lyanna is interred. These crypts played a critical role in an earlier teaser for Game of Thrones season 8, and it seems like they will be no less critical in the actual presentation of the final season.)

“They’re coming,” he says of the White Walkers and armies of the dead. “Our enemy doesn’t tire, doesn’t stop, doesn’t feel,” he says while scenes of war blossom across the screen.

Gendry prepares in the Winterfell yard. Jorah wheels his horse amidst battle. Missandei and Grey Worm share a passionate kiss on the eve of the fight. Sandor Clegane and Jaime Lannister join battle amid fire and smoke. 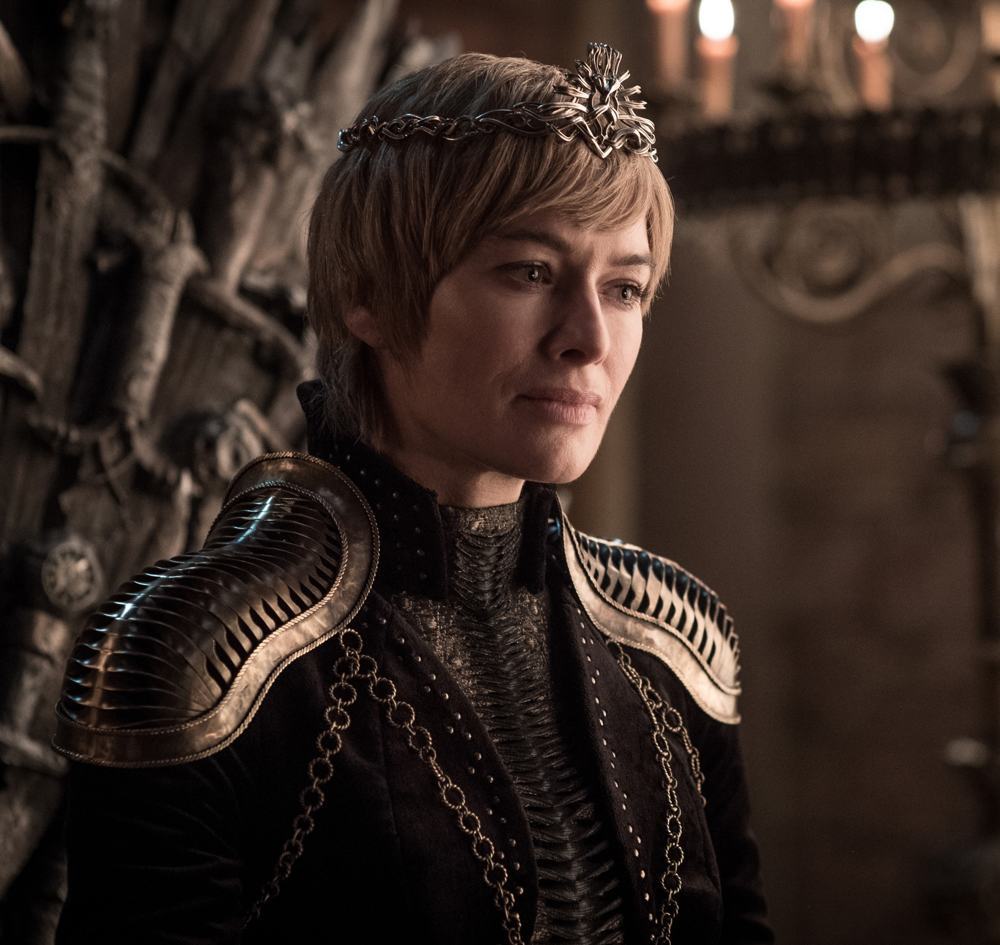 In the Red Keep, Cersei, eyes limpid with wine, has no answer to the rebuke she cannot hear.

Cersei, of course, is perhaps more evenly caught between the forces of life and death than anyone else in Game of Thrones season 8. She is among the living, but refuses to stand against the armies of the dead. Instead, she chooses a political fight meaningless in the context of — and potentially party to — humanity’s looming destruction.

Yes, it definitely seems like Cersei will be forced to one side or the other before very long. Jaime certainly has, as evidenced by his following words (probably spoken in his defense to the Northern forces): “I chose to fight for the living,” he says. “I intend to keep that promise.”

Related: New Game of Thrones season 8 character posters are cool, but have you seen the Twitter emojis?

And then, the silence before what seems to be the Battle of Winterfell. Brienne, Podrick, Jorah Mormont and the Stark forces array in anticipation, as a skeletal horse stamps into view, a harbinger of horror.

Though the footage ends there, one more element of the Game of Thrones season 8 trailer hints at the dichotomy of life and death. The ending text is no longer the clear silver of Game of Thrones standards, but is instead warped, dirty, and almost rotten.

Yes, even for HBO, the end is truly nigh.