‘Even If I Fall’ review: An emotional character piece that’s hard to put down

Before I Fall by Abigail Johnson is a heart-warming (and equally heart-wrenching) study of grief and how solace can be found in the most unexpected places.

When Brooke’s older brother Jason is convicted of murdering his best friend, she and her family become social pariahs in their small Texas town. That would be relatively bearable if her family itself wasn’t falling apart, refusing to acknowledge the event that changed all of their lives.

Heath’s experience is almost the opposite. After Jason murdered his brother, he and his family became the sole object of the town’s pity. Not only that, but his family refuses to move beyond his brother’s death, putting him up on an impossibly high pedestal and lamenting his stolen potential.

Though they’re on opposite sides of a grisly event, a chance encounter shows them that they’re more alike than they think. Not only that, but confiding in and talking to each other may be their best chance of healing. What begins as two individuals finding refuge in each other develops into something tender and wholly unexpected.

But when Brooke uncovers a secret about the murder that tore their families apart, a secret that threatens to tear her newfound relationship apart, she must decide what pain she can live with… and what pain she can’t.

While I was intrigued by the premise and the promise of a modern star-crossed romance, I was unprepared for how much this story would wow me. Grief isn’t an easy topic to get right, let alone tackle, but Even If I Fall handles it masterfully.

From the immediate grief that follows such a horrific event to the bereavement that lingers for months and years after, this novel portrays just how pervasive and unrelenting grief can be. Not only that, but how much it can change people and overtake lives.

But while I was fascinated by Even If I Fall‘s depiction of grief, it was Brooke and Heath’s complicated and tender relationship that kept me turning the pages.

Don’t get me wrong. I loved both of them as individuals. The way Brooke prioritizes keeping the peace at the expense of her own heart reminded me a lot about how I, myself, choose to deal with pain a lot of the time. Though she doesn’t always make the best decisions (especially when it comes to the care and keeping of friends), she’s never malicious in intent. She lives her life by trying to keep other people from the pain she experiences on a daily basis.

And then there’s Heath. While Brooke’s instinct is to hide her pain from others, Heath’s is to remove himself from others altogether. He can’t stand the way others pity him and expect him to live his life for his brother, and so he resigns himself to living in the shadows.

They may have been on opposite ends of a horrific tragedy, but their experience with the fallout and methods of coping (or lack thereof) bind them together in ways they didn’t think possible. It’s these circumstances that bring about one of my personal favorite romantic tropes: enemies to lovers. 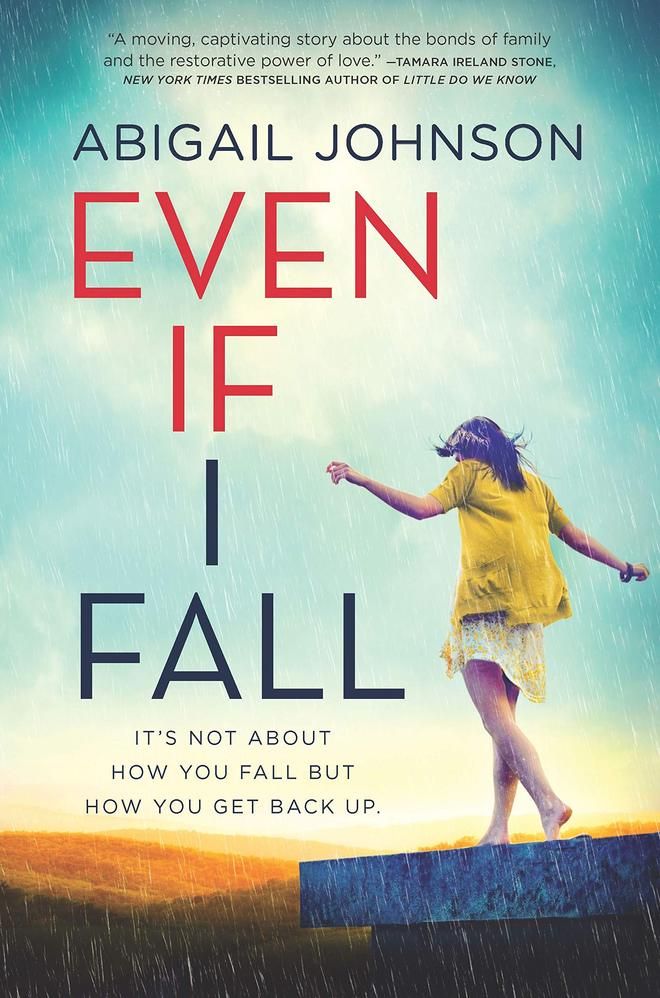 Honestly, I loved every single scene that brings Brooke and Heath together, regardless of if they’re fighting or getting along. Though first impressions would dictate that they wouldn’t want to be anywhere near each other, their coming together makes all the sense in the world (as they’re the only ones who can really understand what the other is going through and experiencing).

Their chemistry, spurred by the things that they can’t bring themselves to say but mutually understand about each other, crackles with every interaction, physical or otherwise. It’s these interactions that make this slow-burn romance one to watch and root for. If there’s one thing that I would change about this novel, it would be to have more time with Heath and Brooke together, but I also understand and appreciate the time they had to spend apart.

While reading Even If I Fall I was constantly fascinated by the family dynamics on both sides of the crime. Though shadows and remnants of the families they used to be still remain, it’s hard to ignore just how fractured they’ve become. This novel shows the complexities of families in pain and how to cope with the collapse of vital lifelines. Sometimes that involves trying to fix the lifeline and sometimes it involves finding a new, more supportive one.

One of the aspects of this novel that I appreciated the most is that there’s a noticeable lack of black and white absolutes, especially when it comes to the murder that sets everything in motion. By focusing on the lives people on both sides of the tragedy, this story brings up fascinating conversations of guilt, culpability, and the complexity of people. No one person is just good or just evil. The good have their flaws and those seen as evil by some (or most) are still loved by a few. Grey is everywhere and in almost every aspect of life, and this novel does a masterful job of depicting that.

I’m so happy to have come across this book and to have been able to spend some time with these complex and beautiful characters. As a fan of well-written character pieces (as well as enemies-to-lovers romances), I can say with certainty that Brooke, Heath, and the story of Even If I Fall will stick with me for a while to come.

‘Even If I Fall’ by Abigail Johnson is available now from Amazon, Barnes & Noble, and Indiebound. Also, don’t forget to add it to your Goodreads “to read” list!