A classic comedy, a romance of epic proportions, and a lot of laughs make Autumn de Wilde’s adaptation of Jane Austen’s Emma my favorite one yet.

There’s something wonderful about watching Jane Austen’s characters come to life. I can’t say I’m a dedicated Austen-phile or anything, but I do love watching her love stories unfold on screen.

I fell for Mr. Darcy the first time I saw him stride arrogantly into a room, and I wanted to join Elizabeth and all her sisters as they got ready for the ball. It didn’t even take that long for me to appreciate the appeal of Mr. Knightley, or wish that Ms. Woodhouse would pick me as her next matchmaking project.

There’s a reason that Jane Austen’s books keep making their way to the big screen again and again. They are classics of the highest order, and while we contemporary folks may not always understand every word of the old English at play, you don’t have to understand a word of what they’re saying to see the love blossoming on screen.

Emma tells the tale of a well-off woman who enjoys playing matchmaker in her spare time. Emma Woodhouse takes young girls under her wing and finds them the perfect partner, despite being unmarried herself.

She is dedicated to staying by her father’s side as he grows old, and that requires some sacrifice on her part. But love makes fools of us all, and just as soon as Emma thinks she has her romantic future perfectly laid out, everything she knows about love changes before her eyes.

Emma has love bursting at its seams. Whether its Emma trying to set someone up with their romantic equal, someone crushing hard on the most eligible bachelorette in town, or a girl’s devotion to her father, love is at the heart of everything that makes Emma a wonderful story.

It’s the theme, the central focus, the antagonist, and the protagonist. It brings the greatest joy and sews the most awful heartbreaks.

This particular adaptation of Emma is an absolute delight at every turn, and that success starts with the perfect cast. They found the most wonderful Emma in Anya Taylor-Joy, an entertaining, yet warm-hearted man in Bill Nighy’s Mr. Woodhouse, and a proper English gent with a fondness for Emma in Johnny Flynn’s George Knightley.

I found myself most particularly taken with Johnny Flynn as our Knightley. He embodied both the good-natured friend and the doting potential love with studied ease. I could not get over the artfully messy hair setting him apart from just about every other man on screen.

Flynn became the epitome of an Austen leading man as Knightley, and I may even rank him higher than Matthew MacFayden as Mr. Darcy in my personal pantheon of Austen heroes. I know, I know, strong words, those. 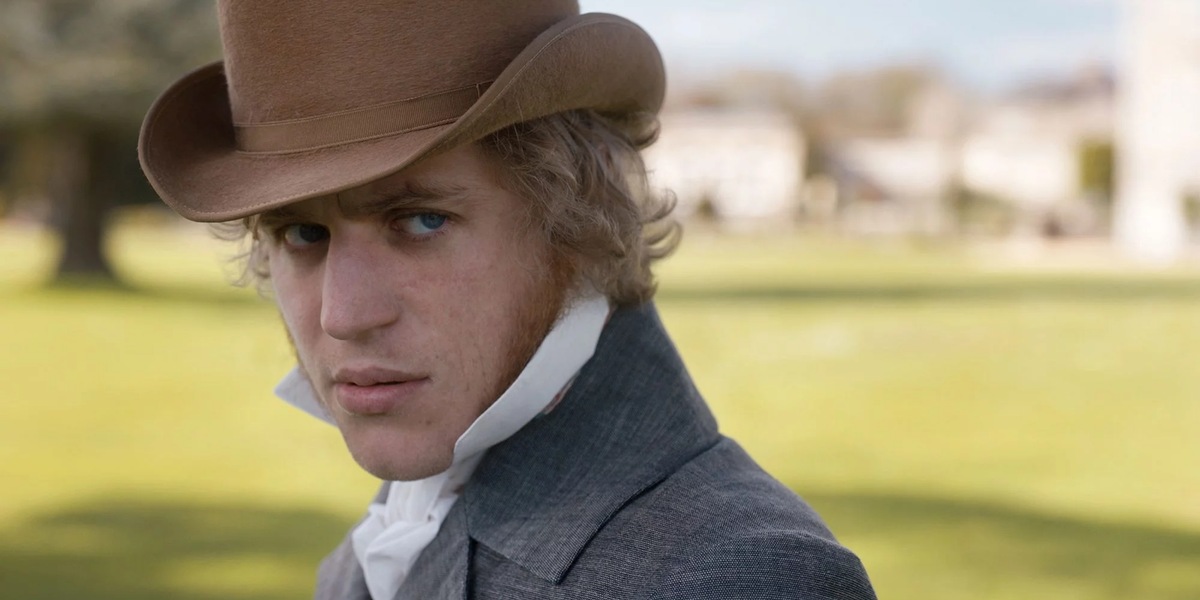 No matter how taken I was with the acting and cast in this film, there was one other element that stood out to me in every single scene. I am not usually the kind of person to get distracted by elaborate costumes and hairstyling, but something about how they chose to do Emma’s hair and clothes in just about every scene was stunning enough to merit my particular and focused attention.

I began considering how long it would have taken someone in Emma’s day to achieve such tiny, delicate ringlets. I definitely believe there’s an award for the care taken in Emma to get the hair and makeup just right.

And the costumes were equally as incredible. From the men’s classiest wear to the women’s most beautiful gowns, I could never seem to tear my eyes away from the attention given to the most intricate details.

Beyond the distractions of great hair, makeup, and casting, Emma is just a damn fine movie. It adapts well to the screen, weaving the wholesome-ness of Emma’s devotion to staying by her father’s side for the rest of his life with her desire to court the man of her dreams.

You can see how worn down Emma is time and time again as she tries to lay eyes on the man she believes to be her equal. You get to watch as she entrusts all her secrets to her most loyal friend, George Knightley. You have a chance to watch the maestro at work as Emma never gives up on finding the perfect love for her friend, Harriet Smith. 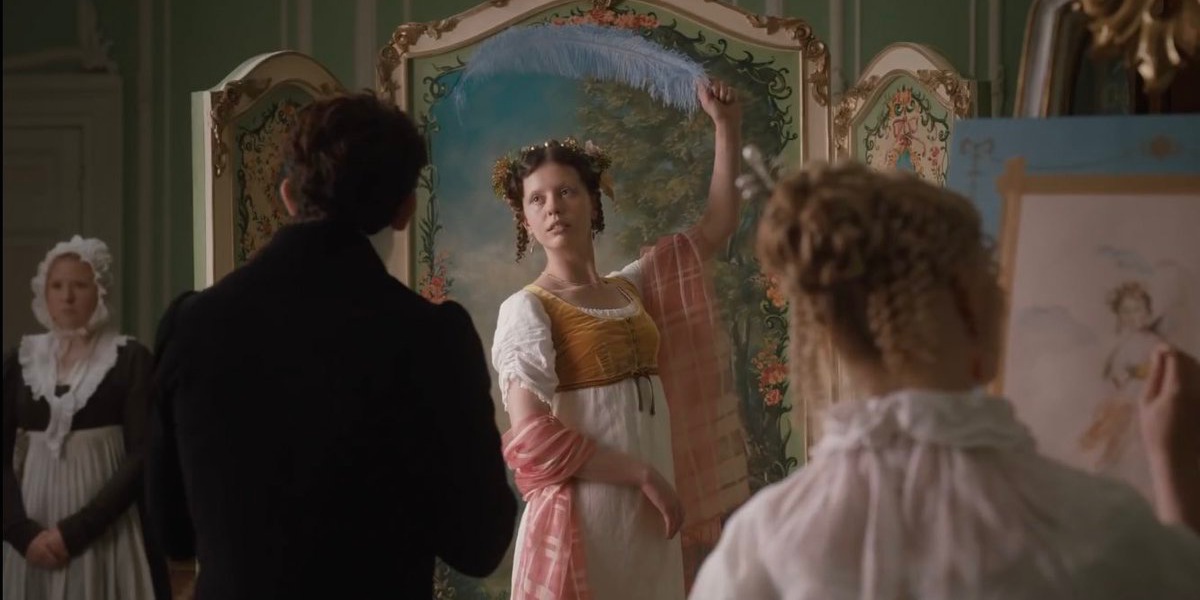 And, of course, you get to watch as love sneaks up on Emma. You get to see Mr. Knightley grow more and more fond of his old friend, skillfully sneaking looks at her in whatever space they share. Sometimes a knowing look as Emma steps into her manipulations and matchmaking, sometimes a curious look as she tries to weave the tapestry of her own love story a particular way, and sometimes the longing of a soul that has found its match.

There’s a reason that Jane Austen’s stories have withstood the test of time better than just about any classic still out there. When you put love at the heart of your story, it doesn’t matter how much time passes; it will always be relevant and relatable.

Emma is my favorite Austen, and this adaptation reminded me of all the wonderful reasons why.