We use cookies to ensure that we give you the best experience on Hypable. If you continue to visit us, we will assume that you are happy with it.
9:00 am EST, February 28, 2020

But watch it again. Amy Heckerling’s 1995 coming of age comedy remains one of the funniest, sharpest, most heartfelt movies ever made. Simply put, it’s a masterpiece.

The latest adaptation of Emma, directed by Autumn de Wilde, is now in theaters and has set the bar for per-theater-averages for 2020, earning $46,000 per screening in its opening weekend. It’s a faithful adaptation with a lightning fast pace that keeps the material fresh and engaging. And while it is good, it just made me want to revisit Heckerling’s classic, modern update Clueless.

Heckerling did not set out to adapt Jane Austen’s perennial novel Emma, but when she realized she was creating a story about a peppy, confident teenage girl, she decided to graft what she had started onto the plot of the novel–one of Heckerling’s favorites–and created the best adaptation of the work to date.

Clueless takes Emma out of the English countryside of the 1800s and puts her smack dab in the middle of Beverly Hills in the 1990s. The character of Emma is beautiful, smart, wealthy, and naively young. So is Cher Horowitz, the recreation of Emma in Clueless, played brilliantly by Alicia Silverstone.

The only way an updated version of a Jane Austen novel could work is for it to be as equally witty and delicious as the original—and Clueless certainly is. Without the ability to directly transpose the particularly Austenian dialogue, Heckerling had to create a vernacular all her own that would be as specific to Clueless’ setting as it is authentic to the spirit of the source material.

And boy does she succeed in that difficult task! Clueless crackles with seemingly infinite jokes; further, the film is endlessly quotable. Several of the film’s lines have become embedded into the popular culture even divorced from the film, like, “As if!” and, “You’re a virgin who can’t drive.” (Something I quote weekly when someone says something I don’t care about: in debate class, Cher explains that a student splitting time between one parent in Beverly Hills and another in Chicago is a legal travesty and Mr. Hall {a delightful Wallace Shawn} replies, “Thank you for that perspective, Cher.”)

It’s amazing how fresh the film feels despite the fact that it is loaded with 90s references like Ren & Stimpy, Mentos, and Coolio’s hit song, “Rolling With My Homies.” One reason is that the references are rooted in character–Mentos comes up when Brittany Murphy as Tai sings along to the catchy jingle, underlining her apparent silliness and Cher tells her ex-stepbrother, Josh (Paul Rudd), that Ren & Stimpy is “existential” to impress him. 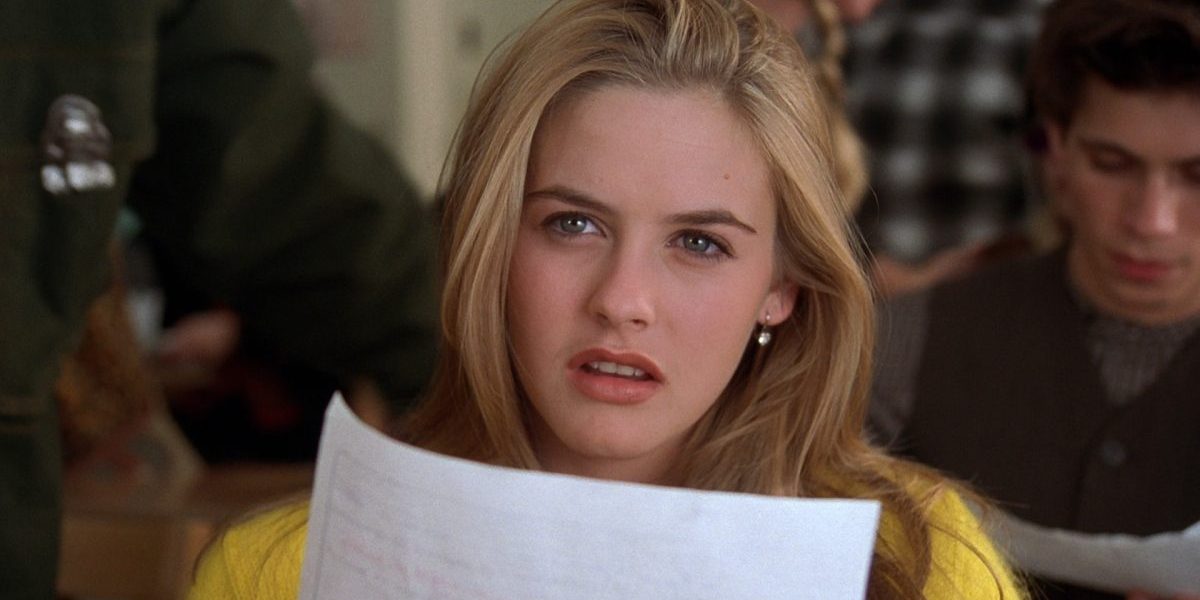 What also keeps the film from feeling dated is the authenticity of the performances. More or less, all of the characters could be played as a joke. Cher is essentially a materialistic dunce, but Silverstone plays her with such a joyous, openhearted spirit that it’s impossible to not root for her.

All of the characters in Clueless are played with an honesty beyond the surface level, making a case for each as a real human with a soul and not just an object for the audience to laugh at. When Tai realizes the way Cher has manipulated her to not pursue Travis (Breckin Meyer) whom she has a crush on, she is devastated at the betrayal, and the audience is as well. Cher also immediately feels guilty, seeing the error of her hubris; the empathy Heckerling extends to each character paints a much more complex portrait than could be seen at first blush. 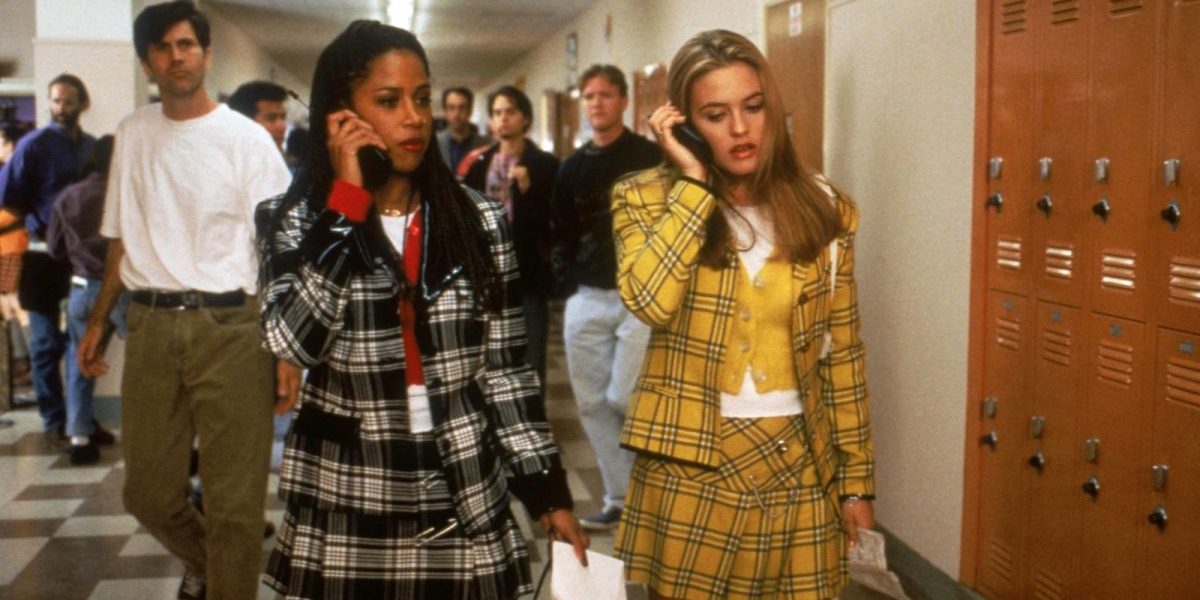 Further, Clueless is a fairly astute indictment of the materialistic neoliberal Beverly Hills enclave. At the beginning of the film, Cher is absolutely confident that she is a good person (advocating for immigration in her debate class, proclaiming, “it does not say RSVP on the Statue of Liberty!”) but as she manipulates her teachers to fall in love so that they give her better grades, as she calls her maid “Mexican” when she is from El Salvador, as her instruction for self-betterment includes reading Men Are from Mars, Women Are from Venus, the audience knows she is a shallow, rich, sheltered child.

Cher prevents Tai from dating Travis because he is a stoner, and he is simply not the right kind of person Cher thinks Tai should be with. That obsession with how things look nearly destroys her friendship with Tai, and it’s that fight that causes her to grow up a little. By the end of the film, she starts putting her resourceful mind and clever imagination to better use, spearheading her school’s Pismo Beach disaster relief effort. She still carries some misguided ignorances of privilege, but her heart and her efforts are finally in the right place.

There will be Jane Austen adaptations for as long as there are films and television, but Clueless will always be the crown jewel in the adaptations of Emma.