With Caitlin Snow’s powers in the void after DeVoe’s tricks, the absence of Killer Frost has created the perfect opportunity to think back at how The Flash has handled this other side of Caitlin in every incarnation they’ve created.

It was incredibly clear the writers never intended to give Caitlin any meta-human abilities in the beginning as she was ruled out to be a meta-human and her comic book powers were given to her Earth-2 doppelganger instead.

However, for whatever reason (probably urging by fans and actor Danielle Panabaker), the writers used the new reality created from Barry’s trip to change the past to introduce Killer Frost into this reality, and frankly, it’s been a mess.

Who is Killer Frost

Killer Frost is Caitlin Snow’s alternate personality on The Flash. On the series, Killer Frost was an alternate personality that existed within Caitlin even when she was a small child. This alter ego was created when her father, Thomas Snow, preformed experiments on her in an effort to save her from the ALS genes she had inherited from him. The cryogenic therapy that he used on her did successfully keep the ALS at bay, however it also caused Killer Frost to manifest within her.

Caitlin was able to suppress Killer Frost for most of her life, until she joined Team Flash and bits and pieces of her alternate personality began to slowly take over. Her efforts to keep herself but still use the powers of Killer Frost only caused the split personality to strengthen. Herein lies the problems that The Flash created with this storyline. First, the decision to make Killer Frost a separate entity within Caitlin’s body is a nightmare. This choice can easily be written off as the writers choosing not to make Caitlin evil because this would drastically shift Team Flash; however, making Killer Frost a split personality has destroyed the usefulness of Caitlin on Team Flash.

The problem with Caitlin’s powers didn’t seem to exist before Flashpoint. On Earth-2, it’s not completely clear how Killer Frost’s powers worked, but it’s safe to assume that there was no split personality involved.

Caitlin had a much harder life on Earth-2 and took the low road, leading her to a life of crime and villainy, and the dialogue suggested Caitlin had complete control of her personality shift and purposely referred to herself as Killer Frost, effectively dropping the name Caitlin.

It’s funny how similar the Killer Frost situation is to the Worldkillers on Supergirl; Caitlin has no recollection of what Killer Frost does, she can’t use her powers, and her body undergoes some sort of transformation to become the ice queen of Central City.

Yes, we’ve seen a little progress with this as The Flash season 4 has continued to show Caitlin’s struggle with this other side to her, but the larger problem remains the same. Caitlin’s agency is taken away every time Killer Frost takes over and lives her best life.

Another problem is that instead of relying on Caitlin to be the doctor, the health guru, and partially the brains of the team, her roles have all been handed to Harry, Cisco, or Iris, and Caitlin’s only real use on The Flash season 4 has become to let Killer Frost take over and join Flash and Vibe in the field.

(Though, it’s not like she’s even utilized in these cases. She’s often knocked unconscious within a few seconds of arriving to save some money on special effects.) Lately, since Killer Frost disappeared, the show has begun to dig into Caitlin’s character and her past, allowing for further exploration into the woman we’ve known for four years but know next to nothing about.

The Flash season 4 episode 22 cemented this fact as Caitlin’s memory showed a startling revelation that Killer Frost has always been inside of Caitlin and it wasn’t the particle accelerator explosion that gave her these abilities.

However, it’s a little late to be digging into Caitlin, isn’t it?

In seasons 3 and 4, it was far more intriguing to see the background of Killer Frost, which brings an alternative solution to this situation: instead of having two separate personalities, maybe it’s time for either Caitlin or Killer Frost to take over.

Caitlin is no longer the vital member to Team Flash she was at the show’s conception because all of these various characters have come in to do everything she helped with.

Additionally, it’s not like her Killer Frost powers are under control so she couldn’t become an invaluable asset in the field, either. Caitlin has sort of just been there for a while now, and it doesn’t seem to be getting any better, even though the writers are attempting to prove otherwise.

Truth be told, Killer Frost has had more character development in the little time we’ve seen of her than Caitlin has in four years. When we first met Killer Frost, not the Earth-2 villain, she was a cold, manipulative, angry woman who used her powers to harm and kill others, and we’ve slowly seen her evolve into a hero with an interesting take on events and how things should play out. Killer Frost is a lot more aggressive than Barry, Cisco, or Caitlin, so the way she approaches situations puts the team on alert because they’re unsure of the course of action she’ll take and whether they’ll have to stop her. It puts the team on edge, which is actually a good thing.

It’s more interesting to see the team in the field with challenges, rather than the easygoing, uncomplicated dynamic we’ve been seeing as of late.

While a fan of Caitlin Snow, Killer Frost is the side to this character that utilizes her to the fullest extent. Panabaker clearly has more fun playing Killer Frost and it shows in her work. Also, the writers have so much more to explore when it comes to Frost and her abilities, personality, and potential as a team member.

We’ve only just had a chance to familiarize ourselves with Killer Frost, but we’ve seen Caitlin’s story play out for four seasons now with little progression.

The team seems a little more balanced for season 5, but that’s only because half of the team isn’t taking part in the daily actions of Team Flash.

The only constants are Barry, Iris, and Nora (so far), but Ralph, Cisco, Caitlin, and “Sherloque” Wells are all part of a revolving door of team members.

With so many characters, there isn’t time to truly focus on everyone in the way they deserve, especially when they’re all supposed to be taking part in the villain-of-the-week antics.

So, while Caitlin’s role on the team has been a bit better so far, it’s only from what we’ve actually seen.

Regarding the pre-finale twist that Caitlin’s powers were not from the particle accelerator, the slow burn to figure out where her powers originate from isn’t helping make the situation any better.

At the end of this, the only outcome is that Caitlin gets her Killer Frost powers and persona unlocked, but the problem from the rest of the entire show still stands.

Caitlin will still be a substantially underused character because her time as Killer Frost will be limited due to a vast number of heroes and the low special effects budget vs. the high cost for KF’s icy winds.

Likewise, Caitlin’s mind isn’t used as often as it should be because of the necessity of making every member of Team Flash stand out.

Whereas Caitlin used to be vital to checking and keeping up with Barry’s health in the field (and any other hero’s), this can now be done by anyone else, and Iris is usually the one doing it. 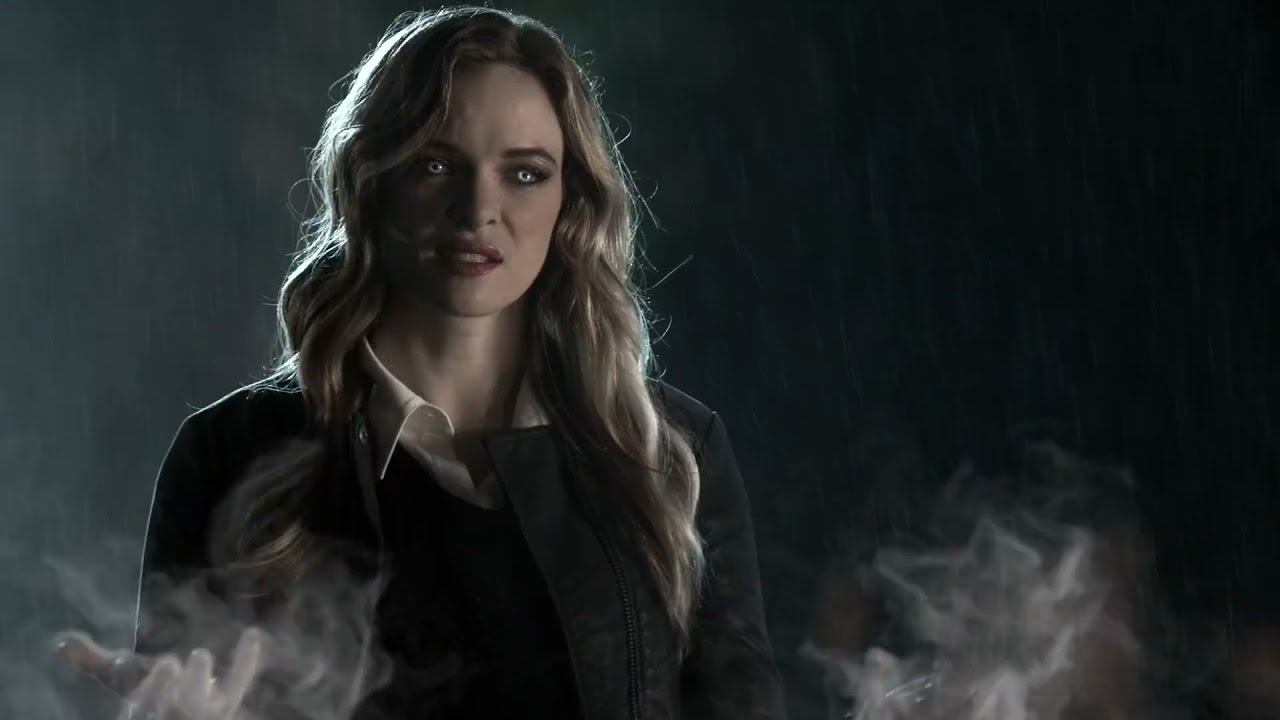 With Cecile and Ralph as series regulars for The Flash season 5 too, there’s even more people competing for screen time, so can there really be both Killer Frost and Caitlin on the show?

If Caitlin’s powers are going to be further explored and brought back, the Killer Frost personality is going to have to go.

There’s too much to catch up on with the characters we have, and they’re all underused, so why would we need another added to the list?

The current Killer Frost problem is that, well, there’s no room for her. So, once again, the question remains: Should Killer Frost or Caitlin Snow stay?

If you’d have asked me before, I would have said Caitlin Snow should go. However, season 5 has showed that we still have a lot to learn about Caitlin and her past.

The fact that she’s just figuring things out about her childhood shows that there’s still much to be done with Caitlin and she can, realistically, continue to grow.

Therefore, my decision now would be for Caitlin to regain her powers but for Killer Frost to take her leave, permanently. A final, and decent, goodbye wouldn’t be too much to ask though, would it?

Maybe the writers could figure out how to give all the characters the necessary time to shine, too.