We use cookies to ensure that we give you the best experience on Hypable. If you continue to visit us, we will assume that you are happy with it.
11:00 pm EDT, August 20, 2020

Ahead of their new single, BTS held a press conference to discus all things “Dynamite”! Here’s what the members had to say!

BTS will be released their new single “Dynamite” on August 21 — but first they held an online press conference to share more details about the project and what they hope fans will be able to gain from their new music.

Note: These are a summaries of the translations provided during the live conference and not direct quotes!

The group first opened with introductions and thanking the press for attending the online press conference. The members also expressed well wishes for the press and hoped they are able to stay healthy during this time.

● RM – During quarantine they’ve been spending time working on the album and enjoying their hobbies.

● Jimin – They came across “Dynamite” and it wasn’t on their plans but they decided to release it as a digital release.

● Jin – The lyrics are cheery and fun, they hope people can gain energy from it.

● Suga – “Dynamite” is a disco pop with a fun and cheery vibe.

● Jin – Lyrics are cheery and fun, they hope people can gain energy from the song.

● J-Hope – When they heard the lyrics they thought that the English lyrics energized them and they wanted to share that feeling with others.

● Jimin – Everyone in the world is going through tough times and they couldn’t do what they hoped, being on stage and seeing fans, so they felt empty. Coming across this opportunity to try something new helped them to gain energy while thinking about their fans.

● Suga – I hope that everyone can cheer up listening to the lyrics.

● Jungkook – The dance reflects the song, there are also some moves that are easy that fans can try themselves to cover. The BTS members show off their unique personalities and vibes with the dance for “Dynamite.”

● Jimin – It was really embarrassing doing the finger point for the mv teaser. 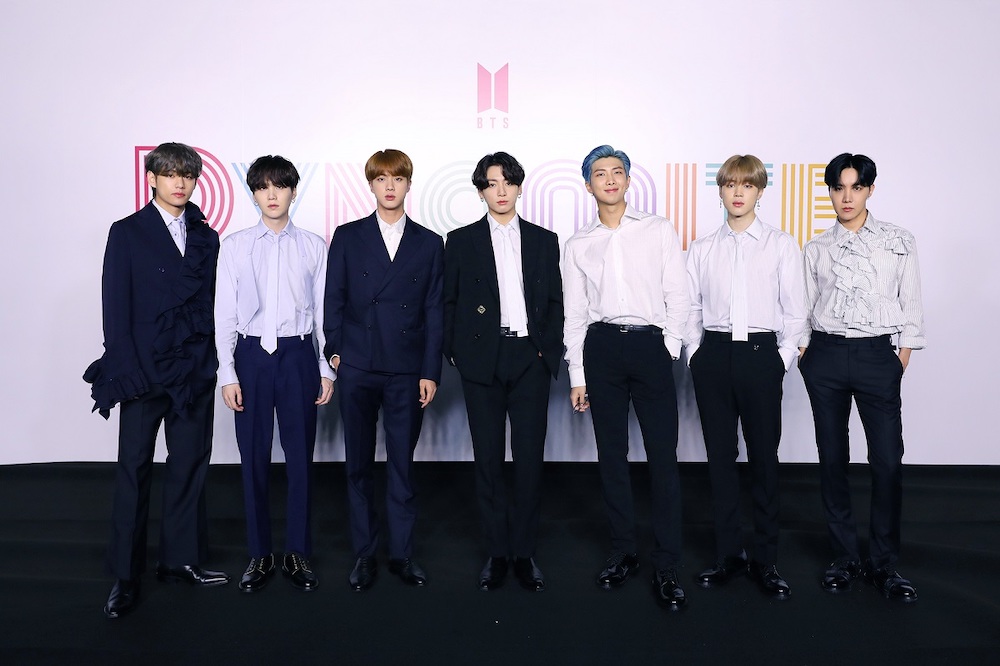 ● Jimin – We’re still working on the album, it’s still a go, it’s a goal to release it the second part of the year. It has the highest member participation rate for their album. But they can’t say when it will be released just yet.

● Jungkook – On September 10, our movie that follows our stadium tour is going to be released and we hope that fans enjoy it.

● Suga – Chart rankings are something we always watch with a lot of excitement and nervousness. Rather than think of something, we have a goal to look for the love that our fans show us. I think our goal this time is to give strength back to people and get reassurance from it.

● J-Hope – It was kind of a last minute decision to release “Dynamite” as a single and it wasn’t easy to record and release the song. There was a lot of space for improvisation while recording the music video, it was really new for us and fresh for us. We’re looking forward to it being released.

● RM – “Dynamite” is a very fun song, it’s a disco pop song, through the entire song it’s full of freshness and the choreography is very easy to dance to. We felt this way when he heard this song, we wanted people to get a lot of energy from it. That’s what made us want to release it. When this song came to us, we wanted to keep it in English to preserve this charm we felt. This presents a new challenge for us, we are anxious and excited about it.

● Jin – We hope that people will see you can overcome challenges through the song. It wasn’t easy for us to record in English but we overcame this and hope others will see this. We want everyone around the world to get encouragement from this project.

● V – From the early part of this year we have been steadily working on this album, all of the members have worked on their own area and everyone has been really actively partaking in making this album. This album will show BTS in their unique color more than any other album we have made before.

● J-Hope – We visited the set of I-LAND and we visited the set that the trainees are using and it really reminded us of how things were for us when we were trainees. We’d like to say that even if you’re doing your best you will still have this nervousness and anxiety. I want to encourage you. ● Jungkook – We had a chance to listen to trainees’ worries on I-LAND and heard things that were not very different to how we felt when we were in their shoes and it moved me to hear they were going through these same things. I would like to say it’s good to have these concerns but it’s also good to love yourself and give yourself confidence. You will be tired and have difficult moments but I would like them to remember that these are the experiences that allow you to grow.

● V – Right now, not just us, but everyone is going through very difficult times. We also had a lot of plans, many of which did not happen, so it naturally began to make us think about music. We realized the importance of people who listen to our music, we need them to do music and we sincerely hope that this song will give them the strength needed.

● Suga – When our tour had to be rescheduled it made us feel helpless and powerless. It was the first time we had to experience this since we debuted. It made us feel like we were running and then tripped. So we prepared the online concert to make up for those feelings. We felt a lot of new things, we realized that we really belong on the stage. When we can be on stage singing and dancing that’s where we really come alive. When we were online we were able to feel the love that our fans were sending us even though it wasn’t in person. We felt that we wanted to give this strength back to our fans who gave us a lot of strength.

● RM – To be honest this was a situation that no one expected, we were all lost at first and it got harder the more time fast. COVID-19 put a halt to many of our activities but it also gave us a chance to think deeply about our music and gave us the chance to work on something new like “Dynamite.” This gave us a ray of light and was our recharge project that we hope will restore anyone who listens to the song.

Check out more images from the ‘Dynamite’ press conference: 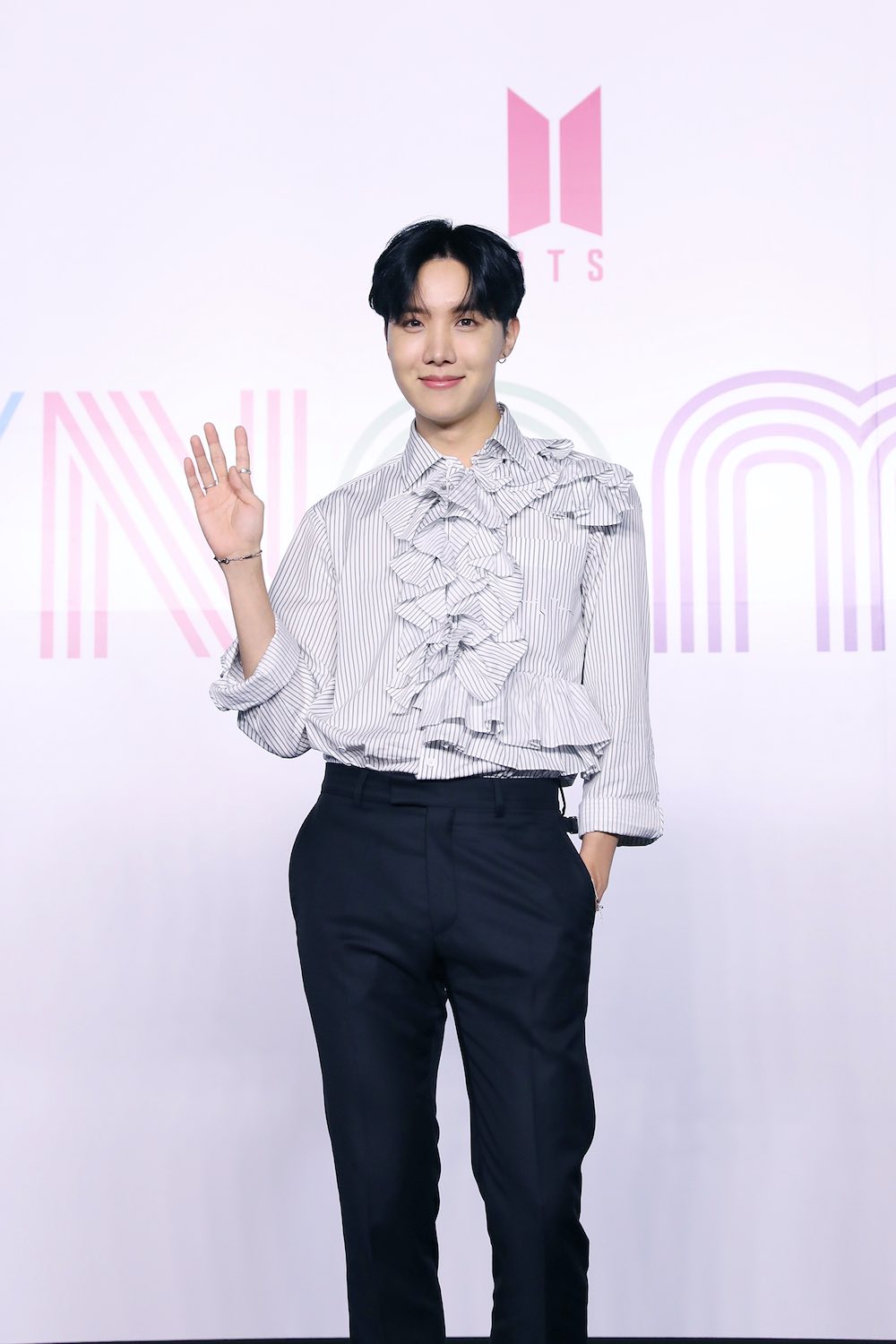 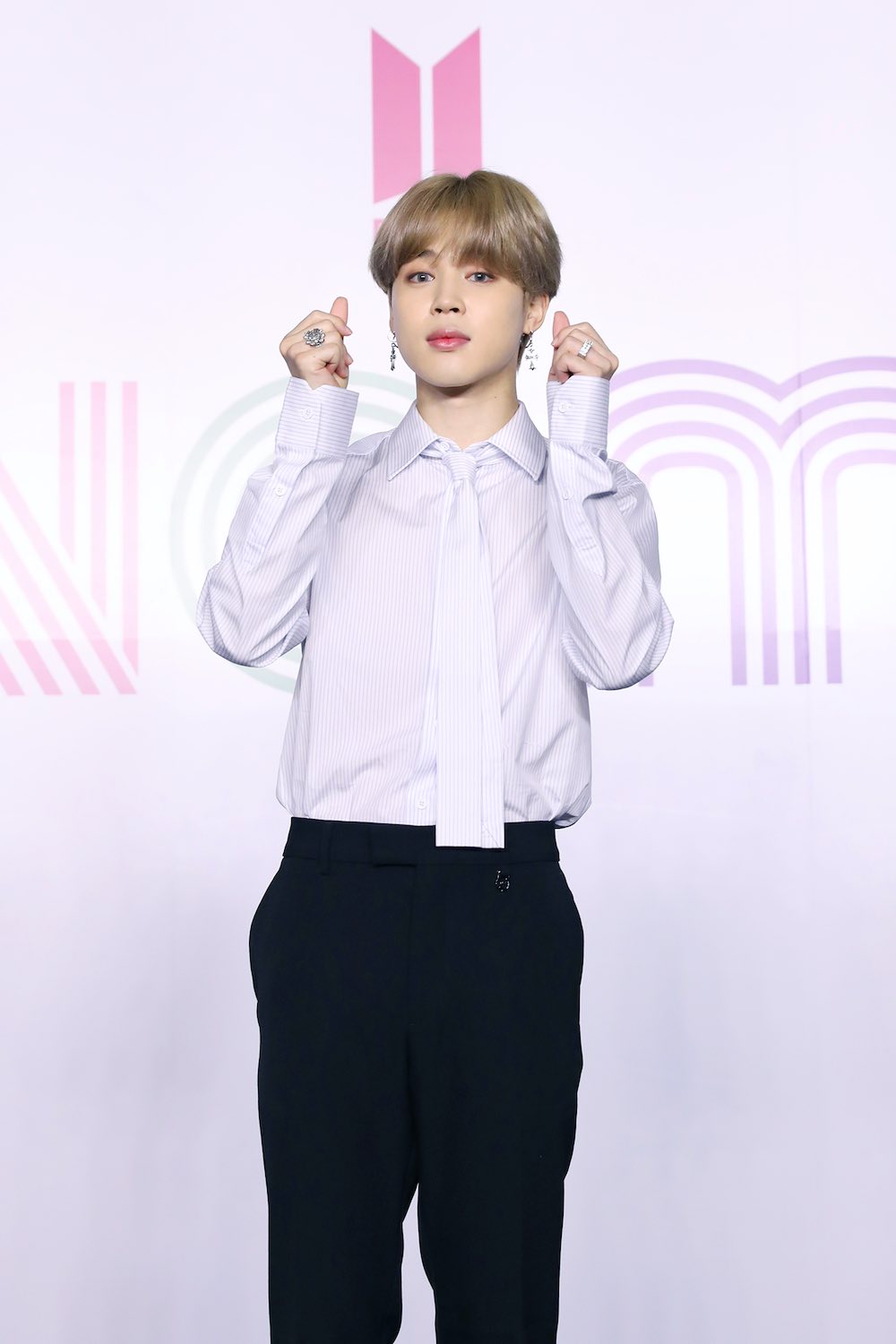 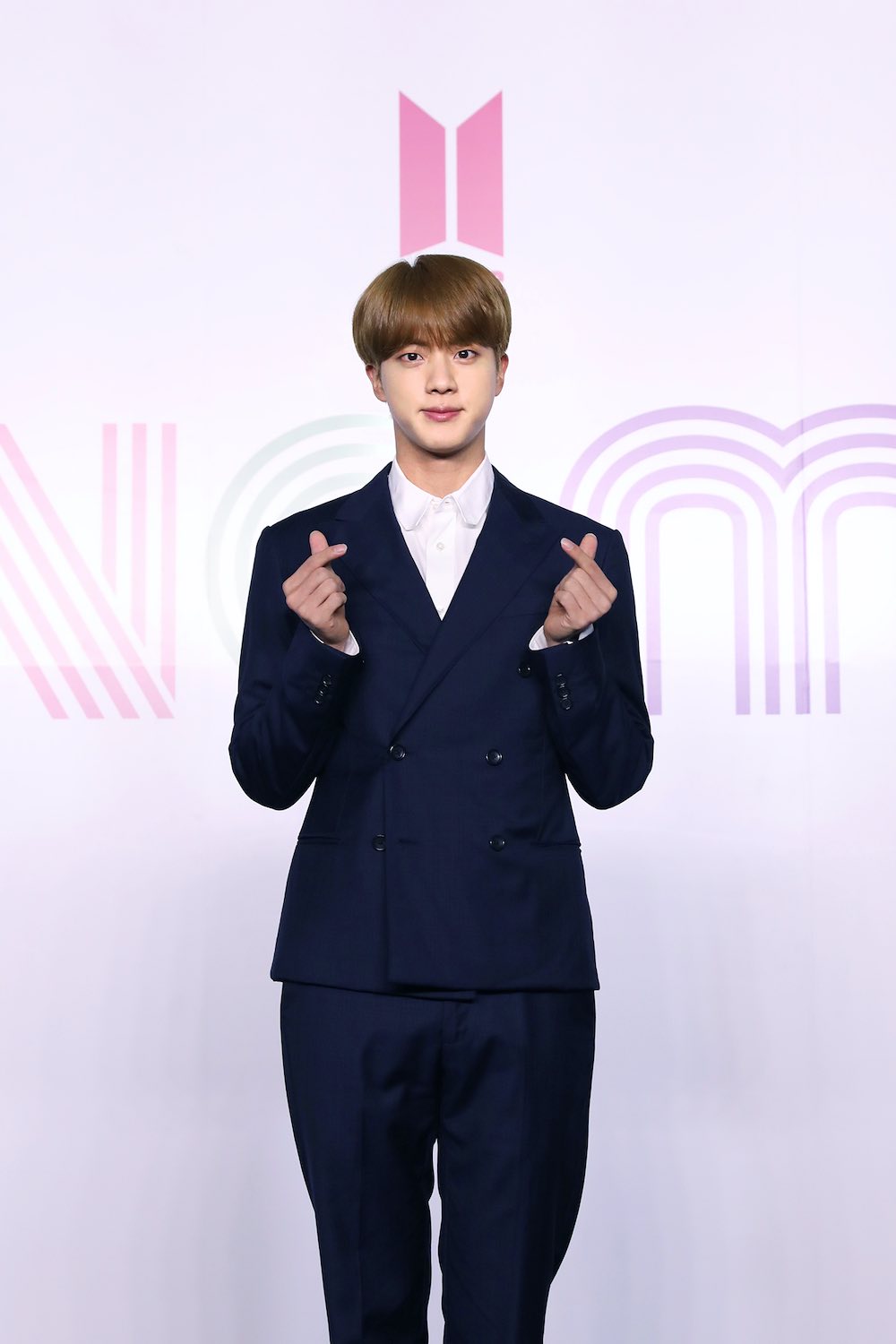 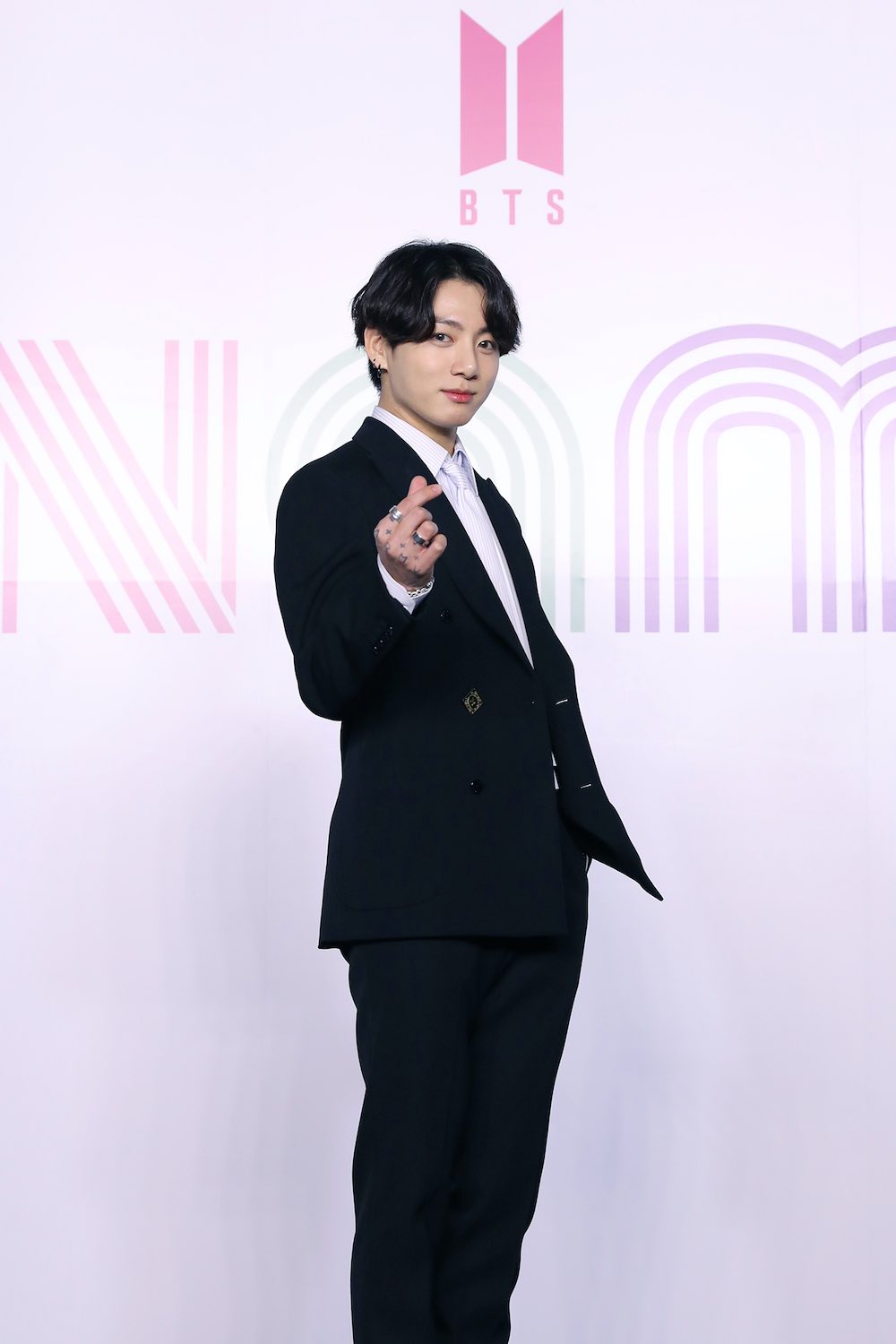 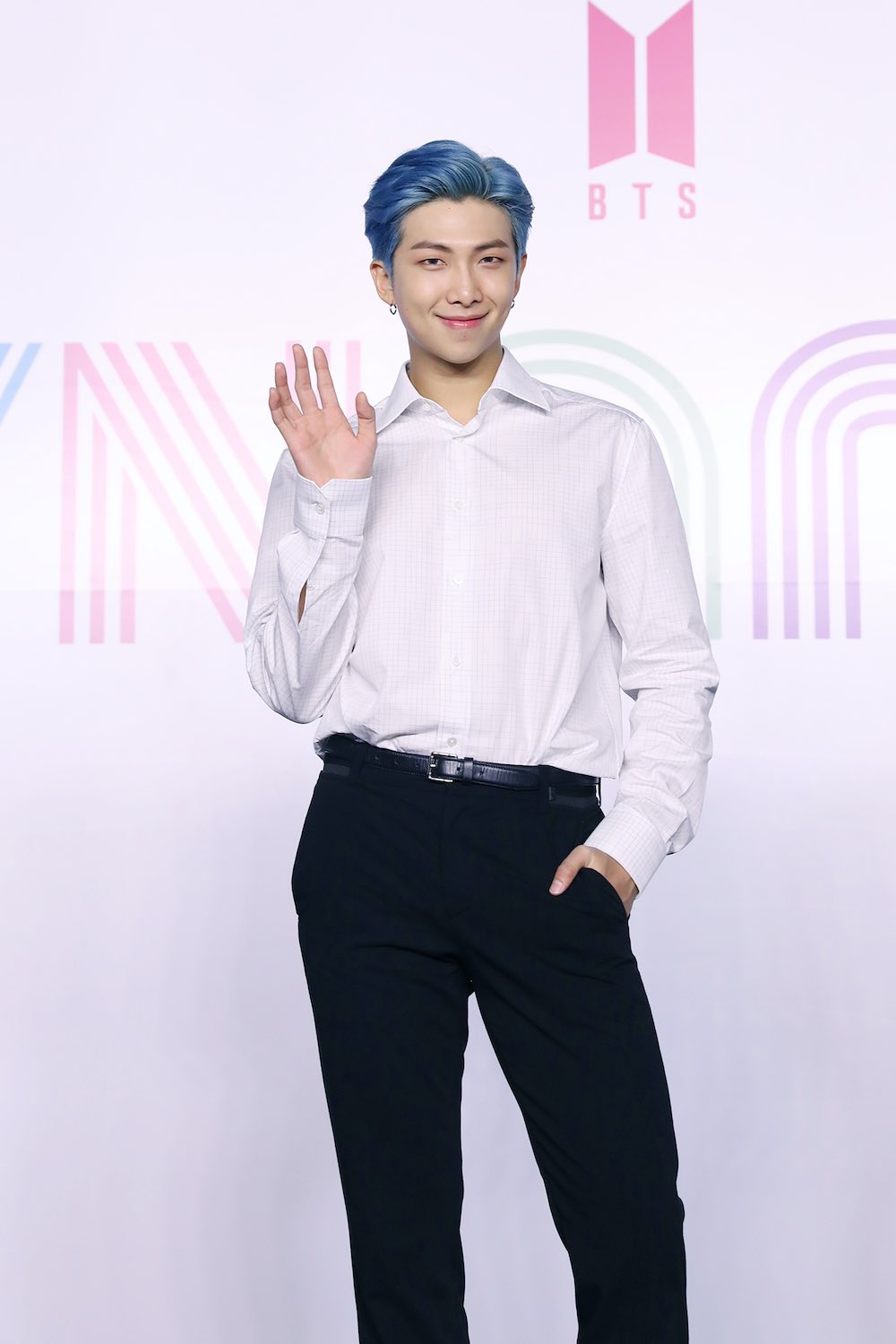 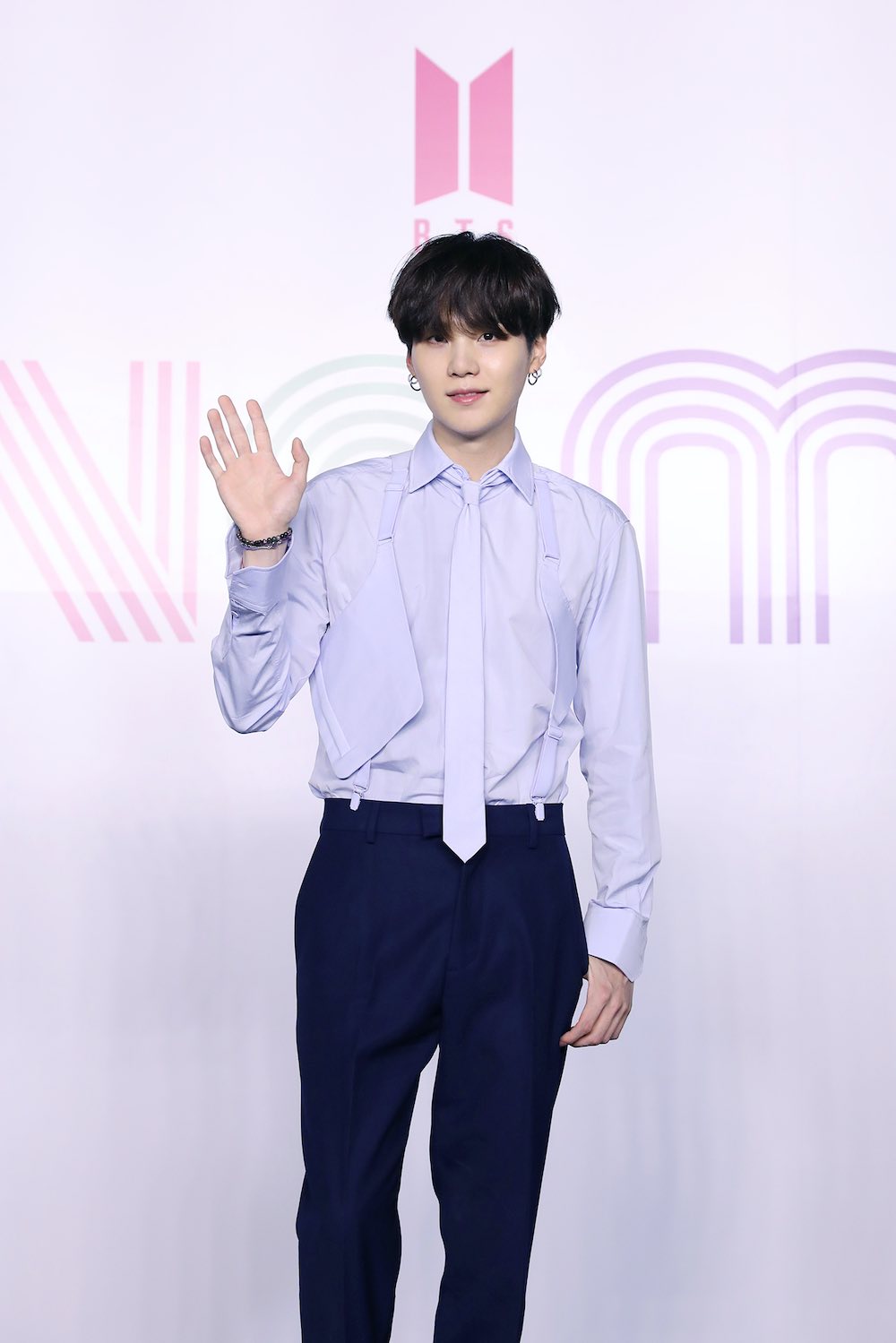 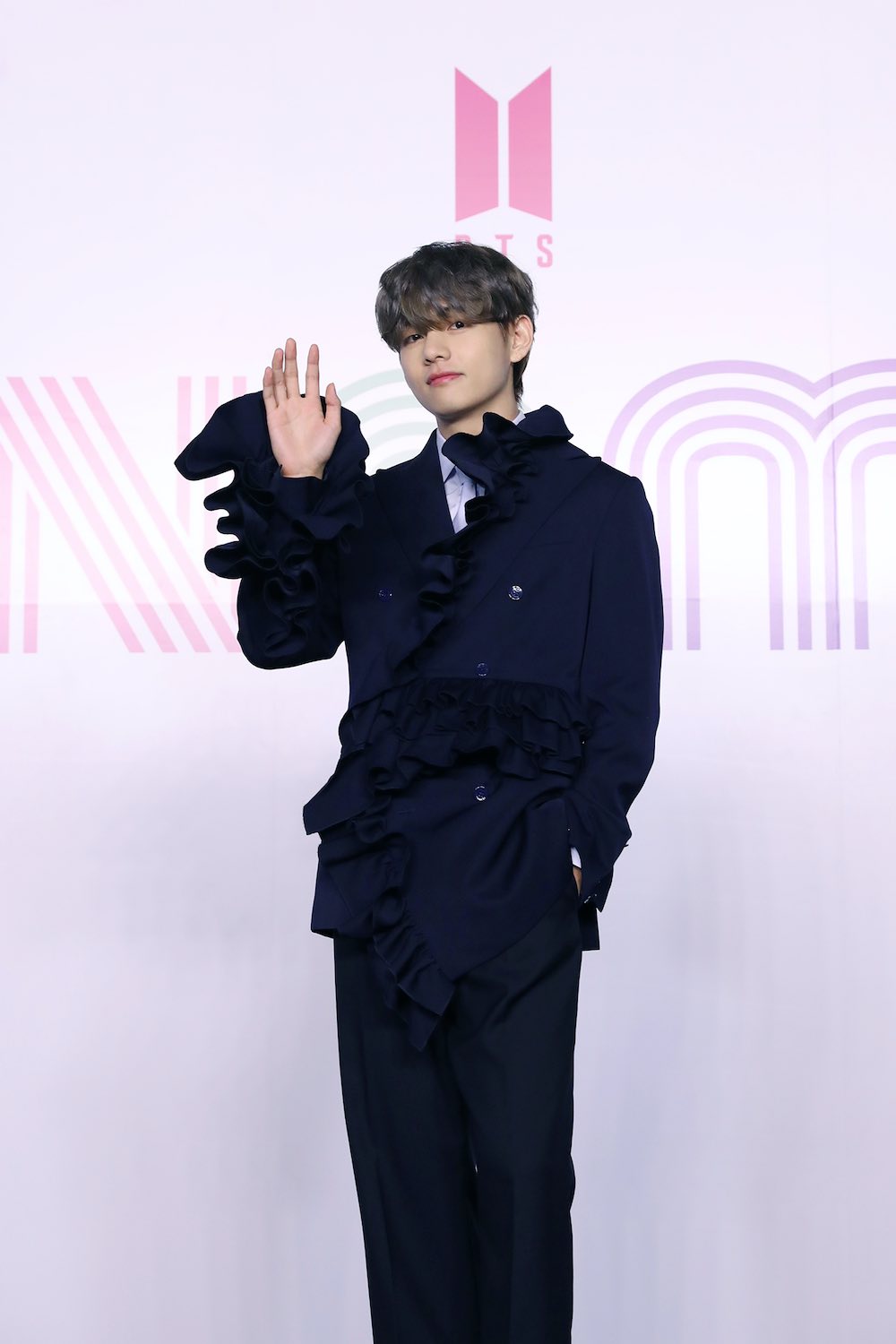 Are you excited for BTS’ new single ‘Dynamite’?
Share this article: