Ahead of their full album comeback later this year, BTS is releasing their single “Dynamite” this August! Here are all the BTS 2020 single release dates, teaser photos, music videos, and more!

On August 21st, the official music video will be released — BTS will also promote the single that day on Countdown Live, Comeback Spot Live, MTV Fresh Out Live, and a few days later on NBC TODAY Show.

BTS’ first performance of “Dynamite” will be on the 2020 MTV Video Music Awards on August 30th, where they are nominated in the categories for Best Pop, Best K-Pop, and Best Choreography.

During a HoneyFM V Live, BTS announced that they would be releasing a new single ahead of their full album that will be released later this year. The single, which they didn’t reveal the title at that time, was set to be released on August 21, 2020.

“We have prepared a new single for ARMY, set for August 21. We are preparing an album for the second half of this year, but decided to first release a single because we wanted to reach our fans as soon as possible. Due to COVID-19, people around the world have been going through tough times and we wanted to share some positive energy with our fans,” the members teased during the live.

They also revealed that the song would be all in English saying, “The song is upbeat and sung in English, just like ‘MIC Drop’ and ‘Waste It On Me.’ We thought that the song sounded perfect as it is in English. We recorded the guide version and felt that the result was something totally new and fresh.”

You can listen to the HoneyFM where BTS talk about their comeback below:

The first round of teaser photos for “Dynamite” were released on August 10th and revealed individual images of the members — as well as their new styles for the comeback!

A press release for the images stated, “Standing against a white background, the members individually show off their carefree moods through their unique poses and styles.” 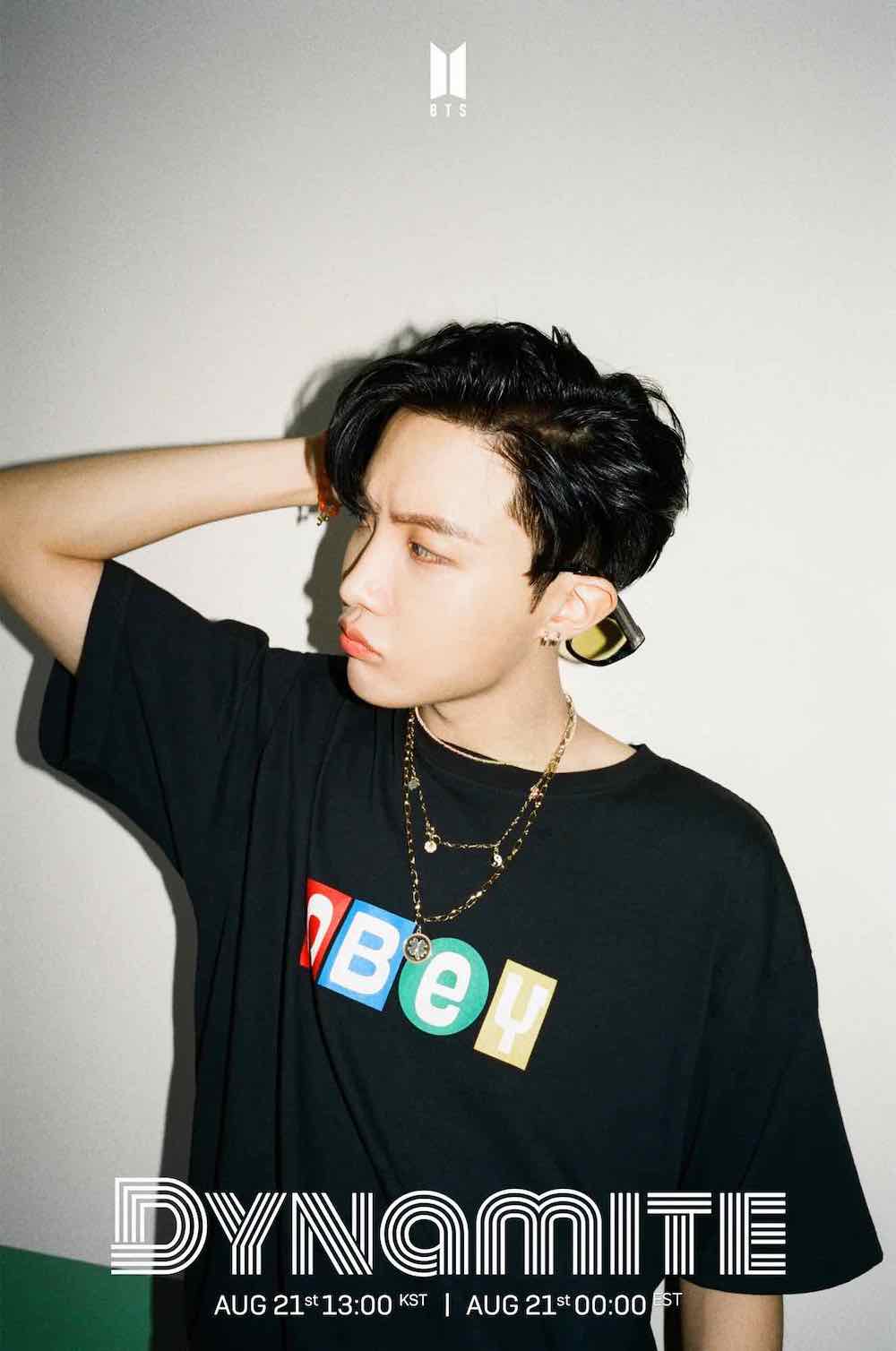 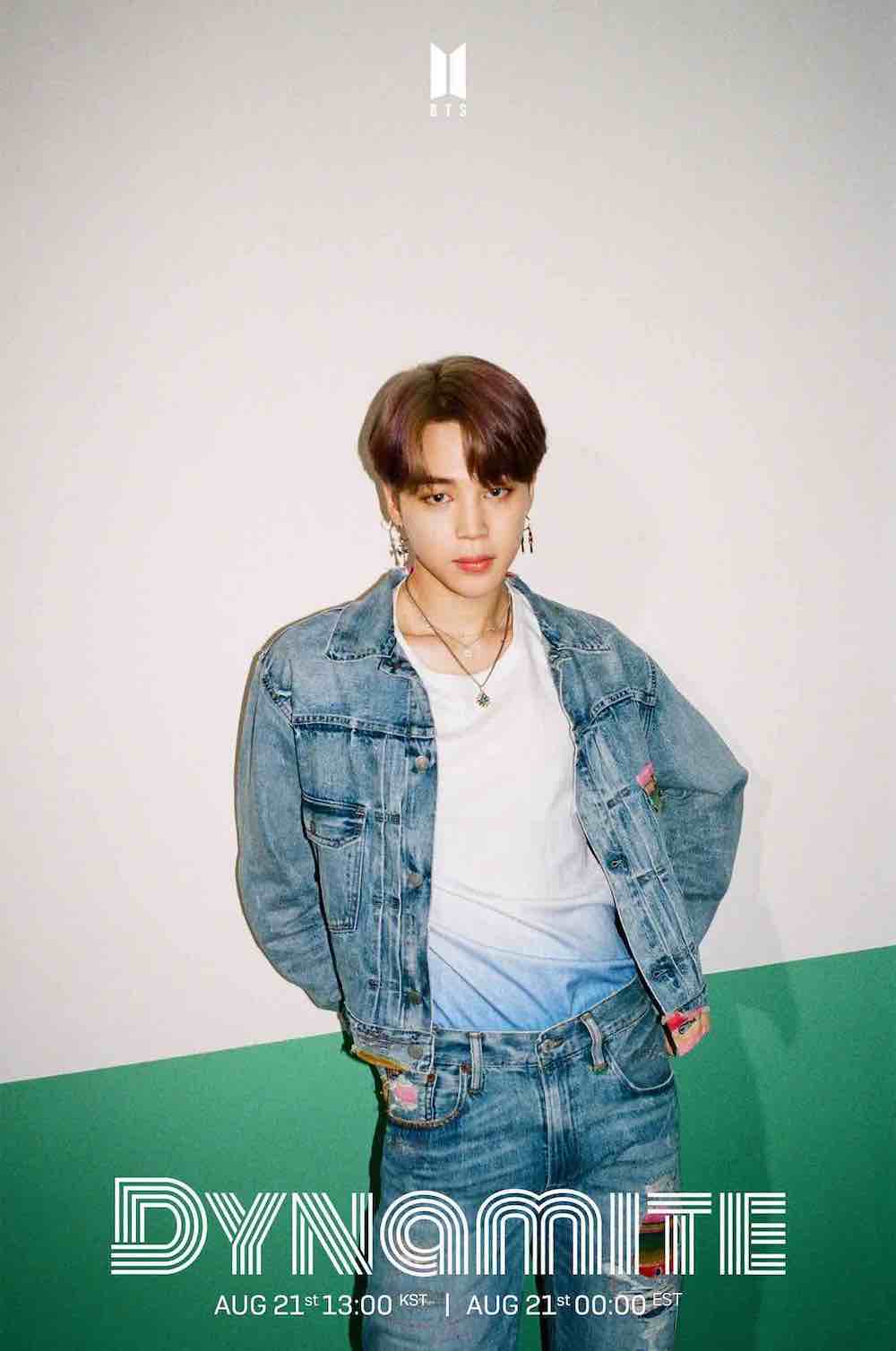 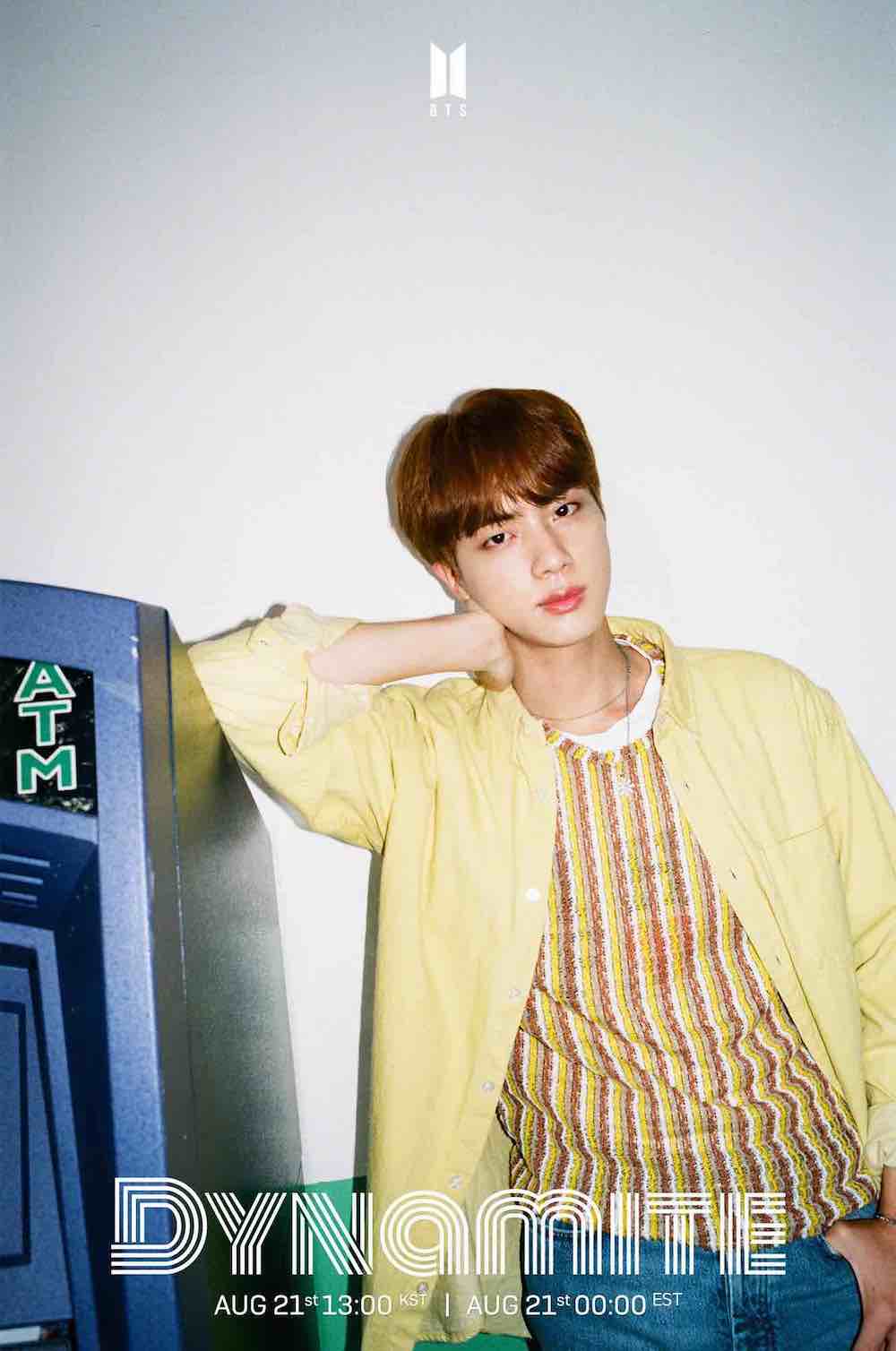 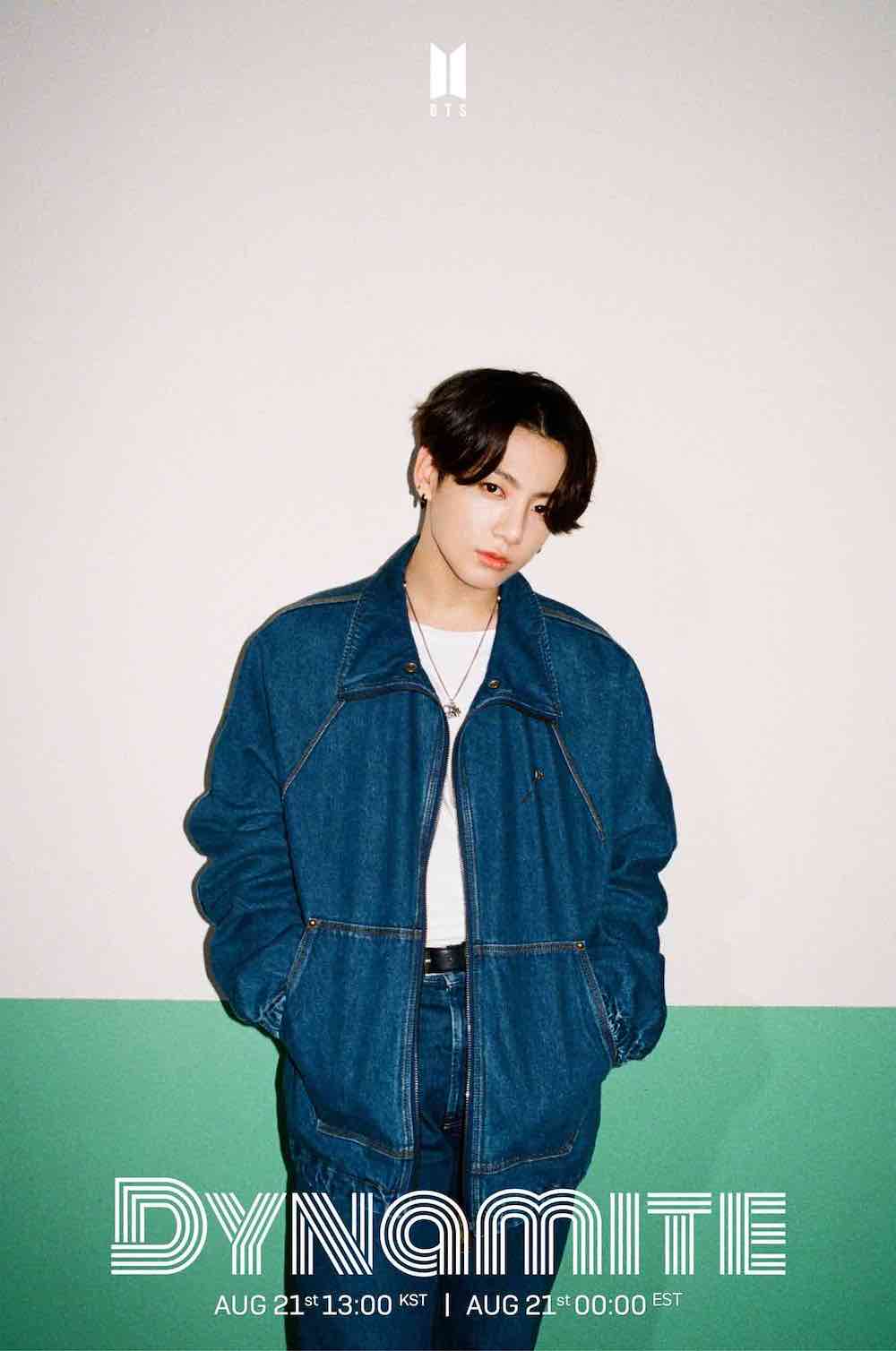 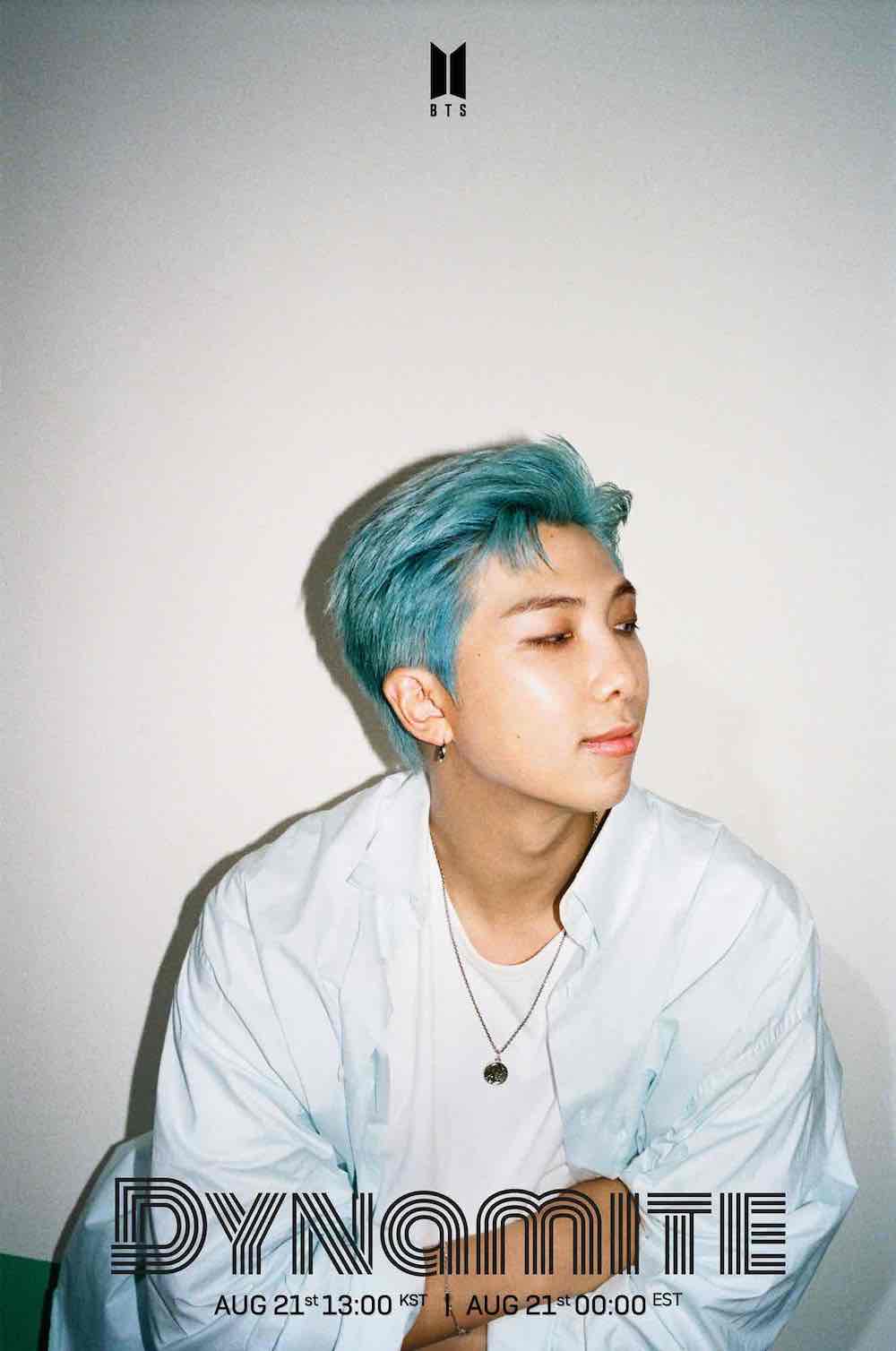 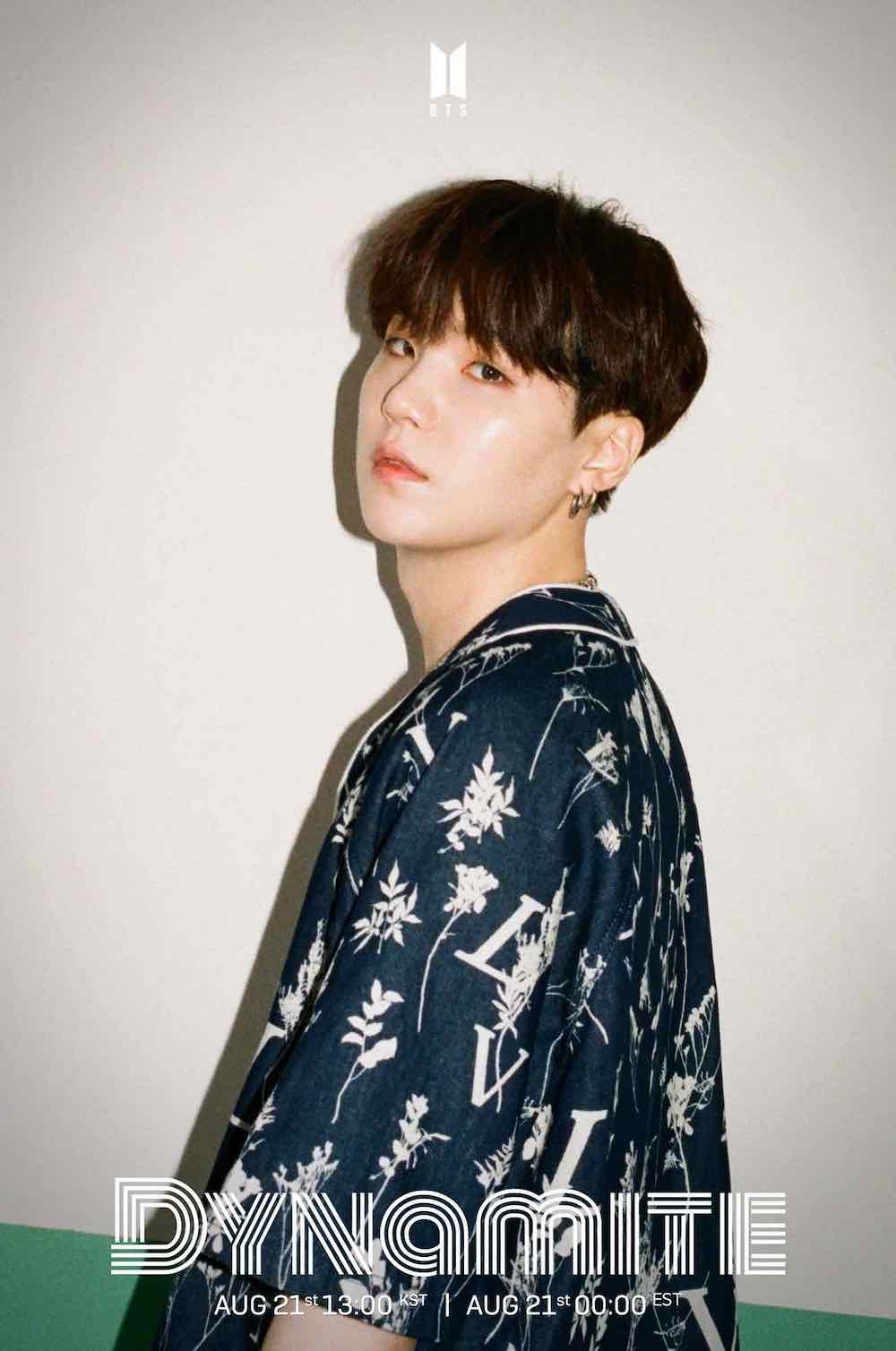 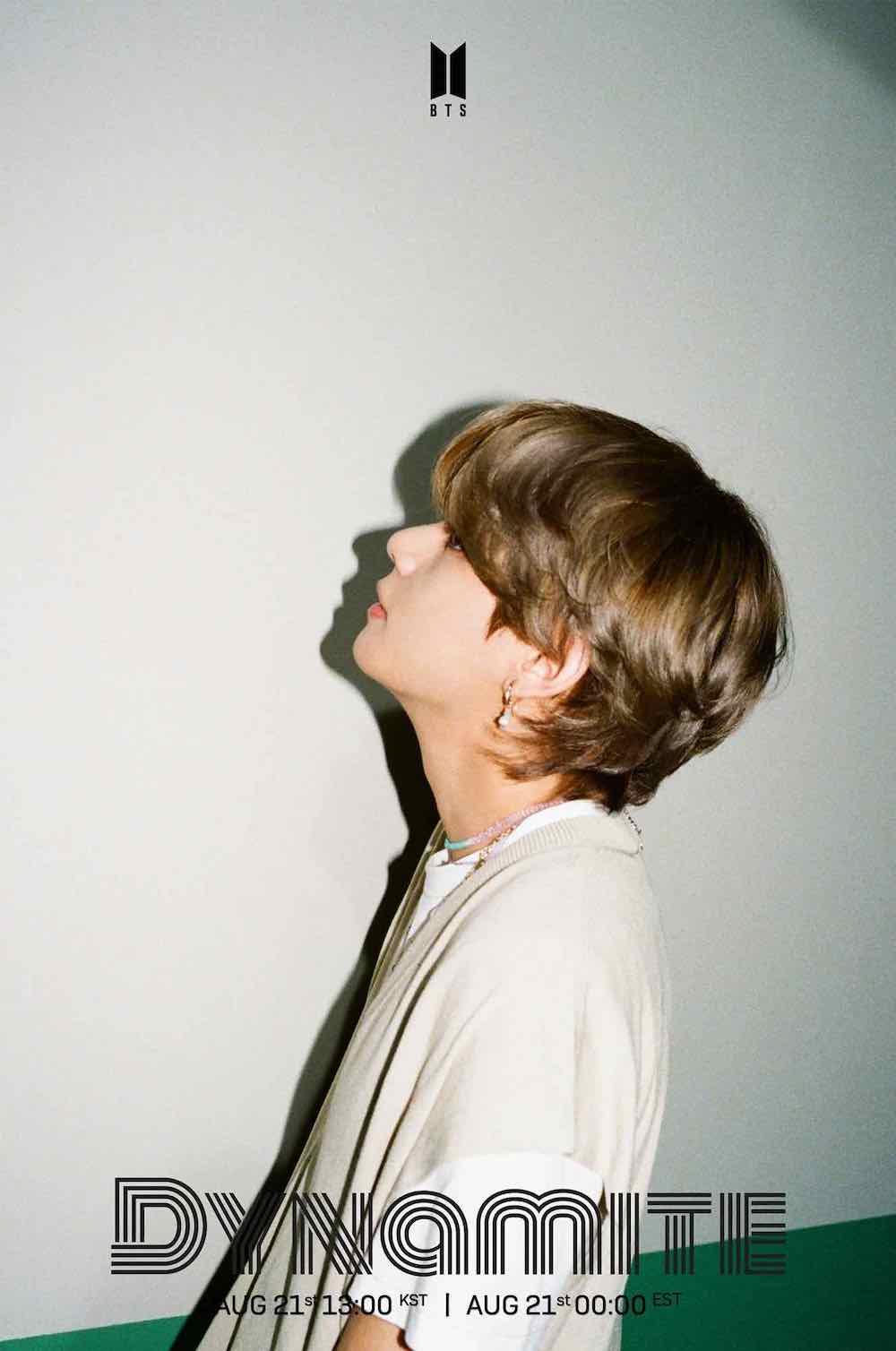 The second round of teaser photos for “Dynamite” were released on August 12th and revealed a group photo! The press release detailed, “The first group teaser photo for “Dynamite” embodies a bright and energetic mood with vibrant colors and comfortable poses.” 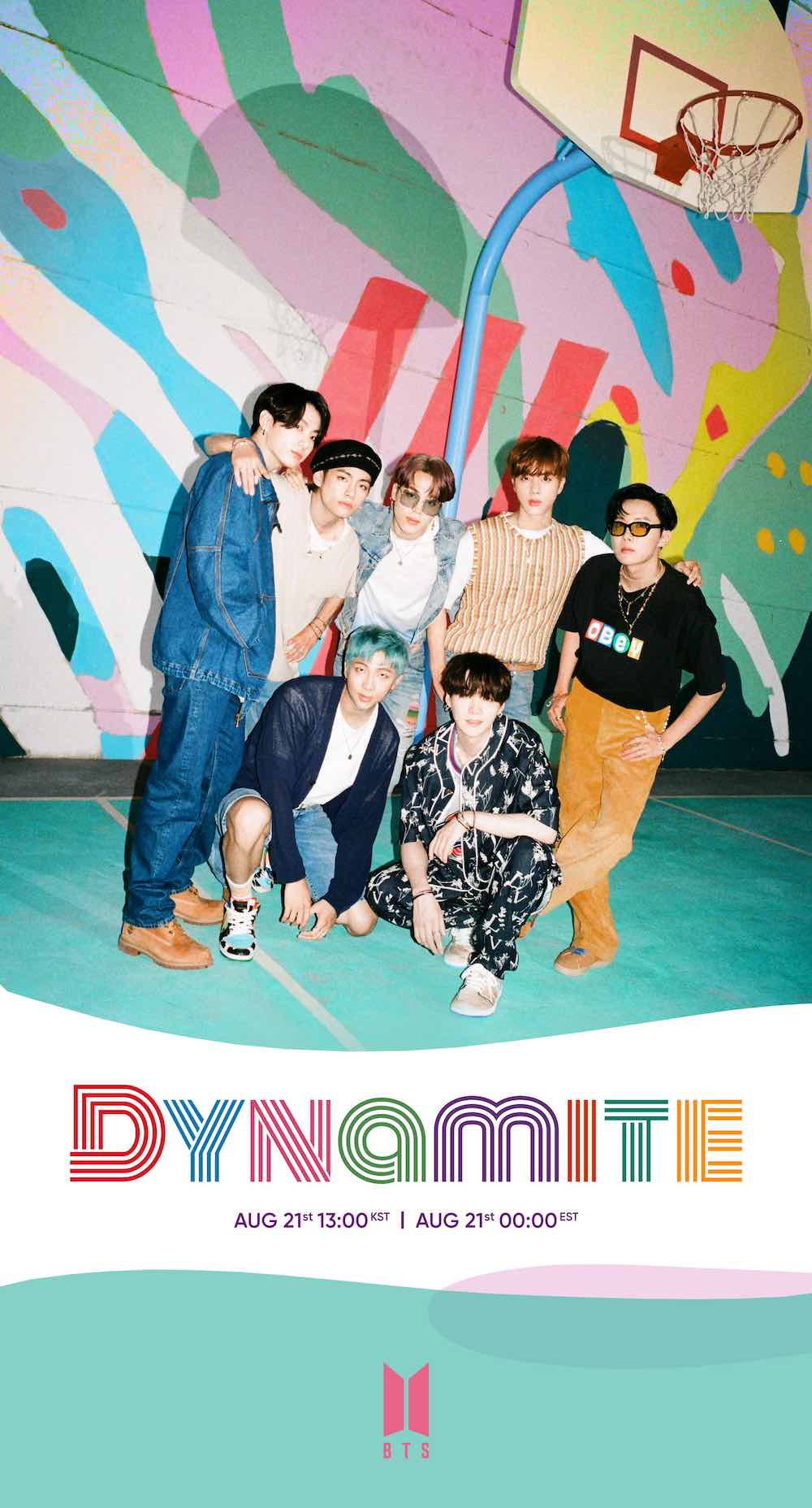 The third round of teaser photos were released on August 15 with an additional group photo! The press release explained, “The latest teaser photo for ‘Dynamite’ depicts the members of BTS standing with serious expressions that contrast the vivid colors of their attire and background.” 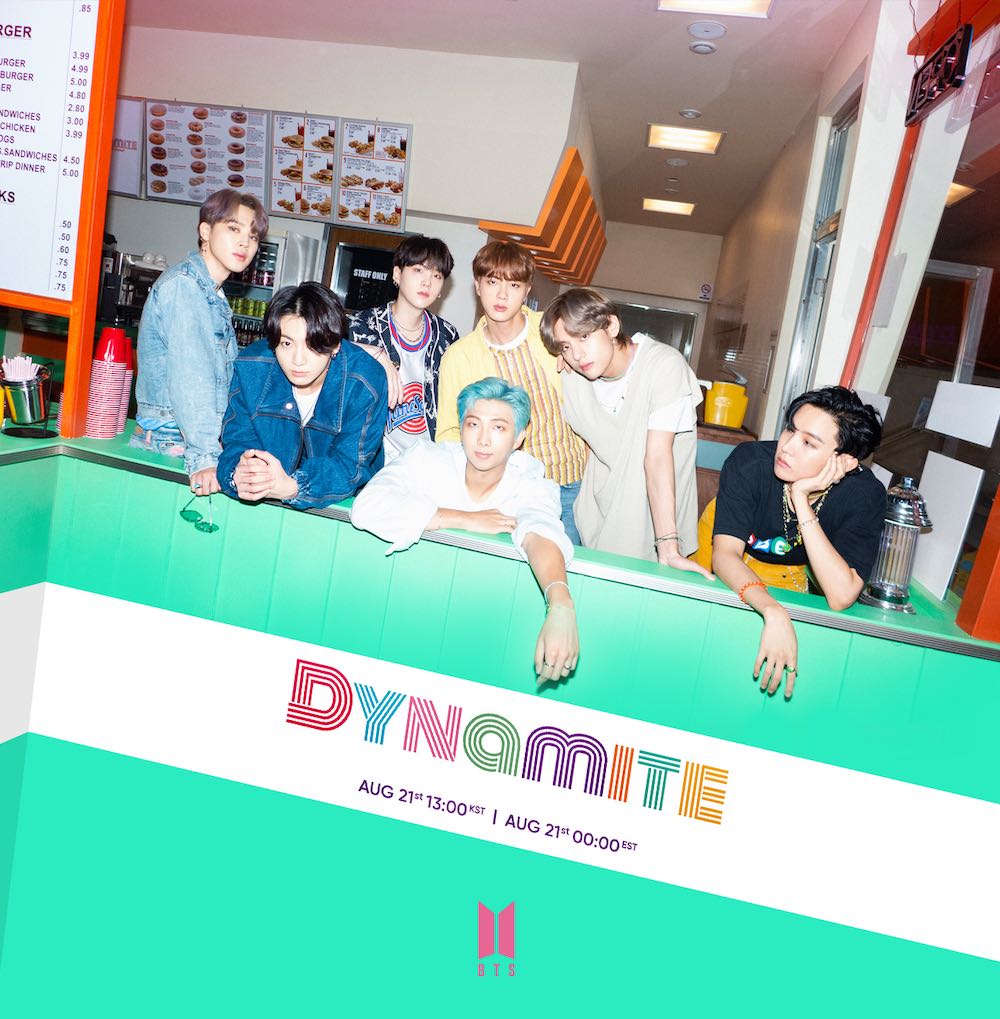 BTS released the official music video teaser for “Dynamite” on August 18th, giving a peak at the fun retro vibe coming up with the full music video which will be released on August 21st!

The official music video was released on August 21st, showing off the fun choreography and improvised dances BTS created for the single!

“Dynamite” MV (B-side) was released on August 24th and showed off even more of BTS’ endearing charms with their impromptu dances that didn’t make it into the original version of the music video!

Hours after its release, BTS held a comeback spot live for “Dynamite” on V Live! They watched the final version of the music video for the first time and talked about the single.

BTS performed “Dynamite” for the first time on the MTV Video Music Awards on August 31st!

Are you ready for BTS’ new single ‘Dynamite’?