Review: ‘Booksmart’ earns all A’s by being exactly what it wants to be

I may be a writer, but I have to admit that I’m sitting here at a loss as to how to start writing about Booksmart. Which, believe it or not, is why I loved Booksmart. Because I grok Booksmart on a deep level — like, soul-deep internally — but I can’t find the right words to tell you why.

But… I’m going to try anyway. Because, hey, that’s what I’m paid to do, right?

Mine was Rose Marston. She was a goth/neon/X-loving/Siouxsie Sioux-worshipping fashion-forward singer/actress who befriended me on the first day of sophomore year at Hollywood High and who I’m still friends with today. 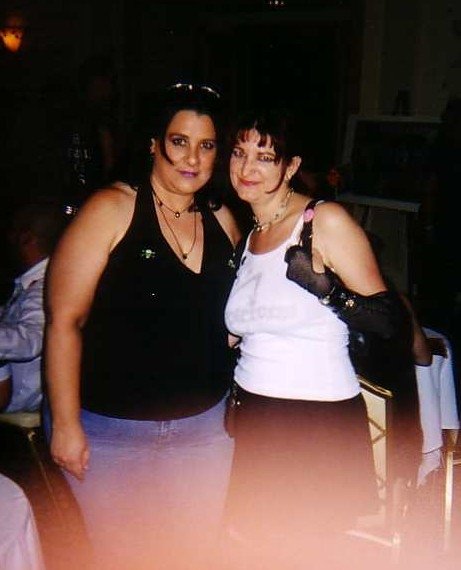 That’s why it feels so right that Booksmart is about two best friends. Amy (Kaitlyn Dever, Justified) and Molly (Beanie Feldstein, Lady Bird) have been friends forever and we meet them a day before high school graduation on their last official day of school. From the very beginning, it’s clear that Molly and Amy are very much their own people; happy with their life choices, 100% okay with who they are, and not what you’d call cool in any movie sense of the word.

But it doesn’t matter. These two young women are whip-smart, feminist, self-loving powerhouses who go through life sure they’ve made all the right choices and who know they’ve navigated high school better than anyone else. Molly and Amy are top of their class. Named Valedictorian and salutatorian of their graduating class, they’re sure all their hard work, their buckle-down attitude, and determination to avoid all partying or non-school related activities were key to them getting into the best schools — their #1 goal.

Slight problem. The kids who partied also got into good schools. So what do you do when you realize you missed out on partying throughout your entire high school experience? Make up for it in one night.

Molly is especially determined and, as the stronger of the two personality-wise, Molly’s going to make this happen and Amy’s just going to have to get with the program. Soon, they make a plan, because these girls don’t do anything without a plan, and we’re off to the races.

This is where Booksmart goes off script in the best way possible.

In most teen movies, the girls would have gone to the party, been shunned in some way, had feelings about it, had some sort of epiphany, and woken up the next morning to graduate and go off on their chosen paths stronger in who they are and empowered.

But this movie isn’t interested in your tropes. To riff on the opening lines of the movie, “Fuck your tropes. Fuck them in their fucking faces.”

Director Olivia Wilde and writers Emily Halpern, Sarah Haskins, Susanna Fogel, and Katie Silberman laugh at your tropes. They know what you’re expecting. They know how this should have gone. They know the archetypes you’re looking for and they know how you think this is going to play out.

Which is why they do something really interesting; they both subvert those tropes and work within them at the same time.

This is where Booksmart goes from funny to brilliant. Nothing goes the way you expect, and yet, it feels exactly like it’s going the way it should.

It’s also not afraid to get raunchy. Like Neighbors and Blockers, Booksmart goes in deep on frank talk and jokes about sex that are hilariously relatable. It’s not precious about anything, as the most recent red band trailer shows.

Speaking of which, yes that’s Lisa Kudrow getting all up in that business. Kudrow’s casting as Amy’s mom alongside Will Forte as her dad is sublime. Amy’s parents might be overemphasized, but you’ve met these parents. The super supportive, overly helpful, “hip” parents that you both love for their commitment to sparkle motion and want to escape from at the same time.

Wilde also casts husband Jason Sudeikis as Principal Brown and Jessica Williams as Molly and Amy’s favorite teacher Miss Fine. Either character could have been a parody, but both Sudeikis and Williams take the opportunity to infuse them with a reality that makes them more relatable than we might see in other teen films.

The trope reversal continues with the other students in this year’s senior class. We meet Superjock Nick (Mason Gooding), sexpot Triple A (Molly Gordon), jokester Tanner (Nico Haraga), stoner Theo (Eduardo Franco), and Amy’s crush skater girl Ryan (Victoria Ruesga). Whatever you think of these kids when you meet them, and believe me, you’ll have an opinion, the turns they take are both relatable and earned. As many of us learned after high school, what we thought of other people and what we thought they thought of us isn’t always the case. Wilde and the writers found a way to both honor that and remind us that, maybe, we could do a little more reflection at the same time.

Special standouts in the film include Skyler Gisondo as the one-of-a-kind (thank God) Jared, and theater kids George (Noah Galvin) and Alan (Austin Crute), who throw one hell of a party. Gordon’s performance as Triple A is smart AF and touchingly, real and Diana Silvers brings something to the character of Hope that I can’t quite put my finger on, but I really like it.

The most interesting performance of them all, however, goes to Billie Lourd as Gigi. I admit I didn’t realize it was Billie Lourd until I read the credits. Maybe it’s because I know her best as Lieutenant Connix in the current Star Wars trilogy and Gigi is a far cry from the buttoned-down Connix, but Lourd is amazing in this role. Gigi defies classification. Nothing about her makes sense and you still want to know her, love her, put her in a pen with puppies and just watch her enjoy every minute of life.

But it’s Kaitlyn Dever and Beanie Feldstein that truly make this film what it is. Olivia Wilde had the two room and spend time together, and it’s obvious the girls are genuinely friends. The warmth between them, the trust, the way they play off one another is magical. Dever’s ability to be both horribly insecure and wickedly funny makes her the perfect straight man to Feldstein’s more bombastic Molly. Feldstein was my particular favorite in the film, likely because I relate to her in numerous ways and it’s heartening to see an actress like her out there being a confident, powerful, smart character who’s not apologizing for taking up space in the world. I admit, I stan.

I guess I did find a way to write about Booksmart.

Now I just need to tell you that I 100% think you should see it. Consider it your assignment.