We use cookies to ensure that we give you the best experience on Hypable. If you continue to visit us, we will assume that you are happy with it.
7:00 pm EDT, March 10, 2020

The Black Lightning season 3 finale brings its many different storylines to a (mostly) satisfying close, while also setting up what’s sure to be a fantastic fourth season.

I’m normally in favor of shorter seasons overall, as it think it forces writers to craft more tightly written episodes and keep the story humming along at a steady clip. It’s a somewhat surprising preference overall, as I really enjoy character-focused storytelling and am a big fan of bottle episodes, both of which are given more opportunity to exist if the writer’s room has more time to develop their season.

The problem, though, is that many serialized storytellers don’t make really good use of that extra time, forgoing proper character-based storytelling and instead giving us filler episodes that neither develop character nor move the plot forward.

It takes both talented, focused writing and confident showrunning to properly execute a vision over 22 or 24 episodes without the pace grinding to a halt or stretching the story out into irrelevance, and if I had to make a choice, I’d always choose condensing a season rather than elongating it.

Now, that being said, I will admit that I wish Black Lightning’s season orders weren’t truncated to 16 episodes (13 in the first season), but instead received the 22 or 24 season orders that its fellow Arrow-verse shows like The Flash or Supergirl consistently get.

Especially in this season, in which Black Lightning broadened the scope of its storytelling by taking its narrative threads far outside the borders of Freeland for the first time and officially linking up with the rest of the Arrow-verse shows. That scaling up made the season feel much more epic than it had been in the past, but also made the season feel dangerously overstuffed at turns.

Season 3 managed to juggle its many storylines for the most part in the early part, but lost its way sometime in the middle despite collapsing or condensing all its disparate threads.

It managed to right itself again with the introduction of Gravedigger, giving us a really fantastic run episodes to end the season. In fact, they were so fantastic that it’s what made me wish that the season was longer so that the show wouldn’t feel pressured to resolve everything in the span of one fantastic — if filled to the brim — season finale.

However, we got what we got, which is a 16 episode season, and credit to the crew and the cast of Black Lightning for managing to wrap everything up in a way that not only provided a mostly satisfying conclusion for all its many moving parts, but also made me look forward to what we’ll be getting in season 4. 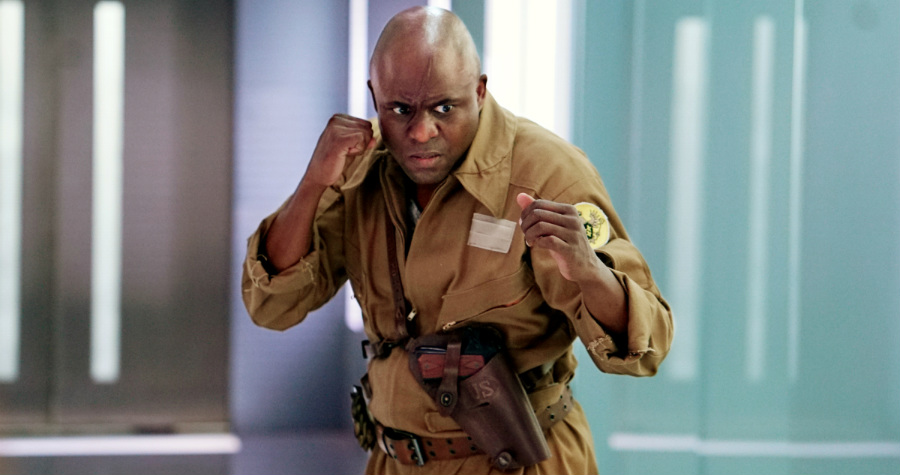 While I enjoyed and appreciated the ways in which Black Lightning went big this season, what made this finale the most satisfying and successful to me were the ways in which it returned to that which made the show so appealing in the first place: its focus on family and its willingness to embrace its cultural relevance.

Black Lightning has always been a superhero show, of course, and this season more than previous ones leaned into those standard superhero tropes — even expanding its team of superheroes from one to three (or one to six if we’re going to count TC, Brandon and Khalil as part of the main team).

However, what stood out about the show initially — and what has always been its strongest attribute — is that it’s really a show about family wrapped in superhero trappings. In its quest to tell a more epic story, the show went away from that for a large part of the season, splitting up the Pierce family both literally and ideologically.

That’s in the rearview in this episode, with the whole Pierce family teaming up to take down Gravedigger and contributing in very real and necessary ways. All the members get to match up against Gravedigger is very fun and fun-to-watch ways, except for Anissa, who does get a really great fight scene that ends up in tragedy (we’ll get to more of that later).

It’s a very satisfying showdown and a great way to end the season, especially since we had to fight so hard to get there. Jefferson has finally (or at least in this episode) let go of his caution regarding his daughters, and seeing Anissa and Jen apologetically kick ass and use their powers is a lot of fun.

They don’t get to team up quite in the way that I’ve wanted (as in all four of them versus one big bad at the same time), but just seeing them work together and on the same side so effectively was enough for me to excuse the parts I didn’t quite enjoy in the journey to get here.

The season also ends with the four Pierces walking out together after testifying before the government about the ASA and what needs to happen with the metas going forward. It’s an effective way to remind us that this show is about this family, and that it’s their solidarity together that the show relies on and that appeals to us viewers.

And that solidarity is something they’ll need going into the fourth season, as the end of the finale reveals that Lynn is still very much addicted to Green Light and hiding it. Now that I see that that’s going to be a focus (hopefully) of the fourth season, I fully believe the writers will handle her recovery with both grace and realism, which is just one more thing to look forward to in the upcoming season. 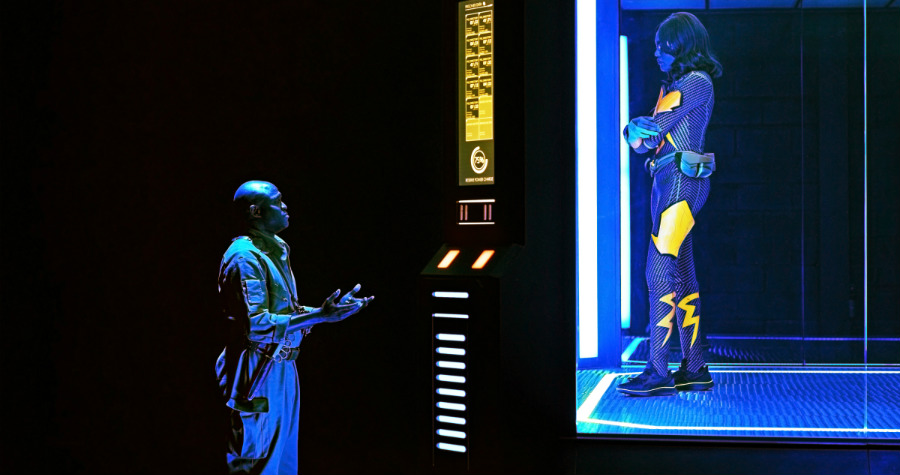 The other thing to look forward to in the upcoming fourth season? The return of Gravedigger, who we see in the final moments of the episode has survived the explosion of The Pit and will live to fight another day.

Which is a great thing because, as I mentioned in my previous Black Lightning review, Wayne Brady’s Gravedigger is the best villain that the show has ever had (sorry to my boo, Tobias).

Here he proves not only to be a formidable opponent to Team Black Lightning — as it takes the full squad to ‘kill’ him — he also proves to have an enticing political and ideological belief system. This verbalized belief system — along with Black Lightning’s testimony at the end in front of the government — likewise goes back to the show’s roots, weaving in cultural and political commentary that’s both relevant and real.

Unlike other superhero shows, Black Lightning has never shied away from real world issues or real world implications, specifically and especially with those having to do with the Black community. I was grateful that the show ended the season with embracing that facet of itself and in imbuing its greatest villain with that ethos as well.

Because Gravedigger’s animosity towards the U.S. isn’t misplaced, as he’s come from a time in which Blacks were openly mistreated, maligned and murdered (…which, to be real, is unfortunately also the time we currently live in) and, on top of that, was made a subject of a truly messed up experiment. The U.S. government abused Gravedigger, used him and then discarded him without a second thought.

Like the Magneto or Killmonger, Gravedigger is a great villain not only because he’s powerful, but because we can, in many ways, see that he’s right. If he’d been given a broader audience in Freeland, I can’t imagine there wouldn’t be a few metas who would be swayed to his cause and his promise of a free meta state within the borders of Markovia.

Now, whether Gravedigger’s meta paradise would actually make good on that promise of freedom is another story entirely, and of course his ‘my way or death’ approach to creating this meta free state is objectively wrong.

Which is exactly what Jen tells him while she’s trapped in his clutches, which is a welcome change to the way she was manipulated early in the season by Odell. In fact, it’s probably that manipulation in the early season that allows her to see past Gravedigger’s plans and stay firmly on Team Black Lightning (though I can’t say I wouldn’t have found a mid-finale switchover exciting!).

Given the fact that Gravedigger survives, I’m both hopeful and excited that he’ll be the big bad for the entire fourth season. He and Jefferson are, in many ways, two sides of the same coin. They both care deeply about their respective communities, and both want to protect them from those who would do them harm.

However, while Jefferson takes the more hopeful view that humanity has the capability to do and be better, Gravedigger takes the more cynical perspective that goodness and grace are out of the question. Given that, I can’t wait to see these two match up against each other in the fourth season, so thank God we already know it’s been greenlit. 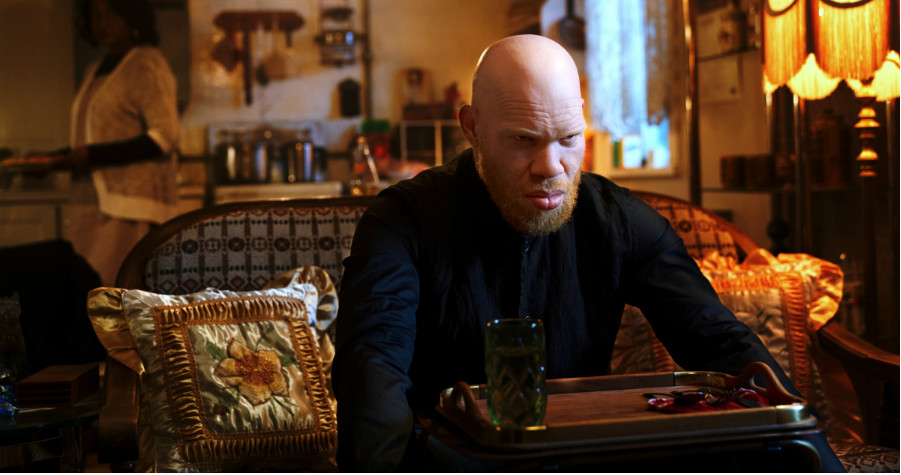 What did you think of the ‘Black Lightning’ season 3 finale?