Black Lightning season 3, episode 15 gives us a wedding (though sadly not a marriage) and brings Gravedigger to Freeland.

There’s a popular saying that a superhero narrative is only as good as its villain.

While there have been enough interesting superhero movies and TV shows to prove that’s not exactly always the case, it would certainly explain why Black Lightning has been so consistently good in its three-year run, and why this recent span of episodes with Gravedigger as the primary antagonist have ranked among the show’s best.

I’ve made no secret of my admiration of Tobias Whale as a character in this show. Krondon Jones III is a phenomenal and charismatic actor, and you can’t help but be drawn to his presence and his performance every time he’s on screen.

Over the course of his three seasons on the air — two of which were spent being a main or primary antagonist — he’s remained a real threat to the Pierce family, but has been rendered complex and complicated enough to never fall into parody or caricature.

Credit to Black Lightning as well, as it has gone to great lengths to keep Tobias fleshed out and exciting, delving deeper into his personality, backstory and motivation over the years and using him just the right amount and in the right ways.

Given how much I like Tobias — and villains in general — it should come as no surprise to anyone that some of my favorite individual moments of this season have been when Tobias has been on screen, and I’ve especially enjoyed both his interactions with Lynn and his brief but barbed moments with Agent Odell.

However what should come as a surprise is this: I like Gravedigger more as a villain than I’ve ever liked Tobias.

I know, I was shocked, too. But before we get to me waxing poetic about Black Lightning’s newest villain, let’s get to everything else that happened in this episode first. 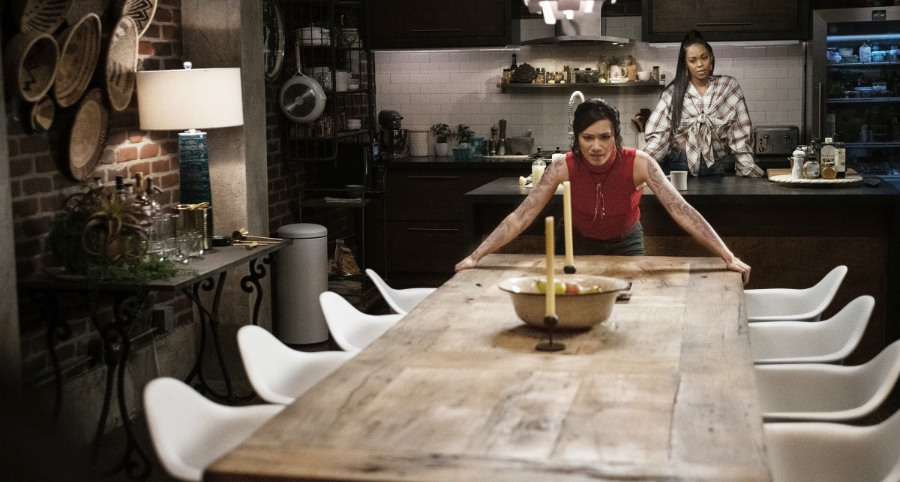 With confirmation that Gravedigger is on his way and similar confirmation that the city of Freeland is on its own with this one, the team decides to suit up and get ready for a showdown against its greatest nemesis.

I do want to pause for one second here and say that while I can suspend disbelief that the US government would really just nuke an entire town over this — especially if we consider Black Lightning has a president that’s anything like the one the U.S. currently has in the real world — I’m very much confused about why Jefferson isn’t calling on some of his newly found superfriends to help him out.

I mean, stepping outside of the show, I can see why they aren’t doing it — budgets and all that — and I’ve already spoken at length about my inherent dislike of crossovers in general. But in-show, it seems strange to me that no one even brings up the possibility of calling on Supergirl or the Flash to help out.

Whatever the reason, Black Lightning maintains that the team is on their own and sets up a plan to stop Gravedigger as a unit. Jen takes umbrage to this plan since it has her as a backup unit rather than on the front lines, and, honestly, I agree with her.

Jefferson has seen how powerful Gravedigger is up close and how powerful he and Jen make as a unit, so it doesn’t really make tactical sense to not team up with her. However, I’m fine with putting the blame for that bad decision on Jefferson’s fatherly instincts, just like I’m fine with putting the blame on Jen’s bad decision on her headstrong, teenaged nature.

However, before we have to deal with the consequences of both those bad decisions, we have something that ThunderGrace shippers have been hoping for: a wedding!

Anissa and Grace decide that with a war coming to Freeland, there’s no time like the present to join together in holy matrimony. They invite the Pierce family (and the kids they’ve picked up along the way) over for what they say will be a family dinner, but is instead a whole wedding ceremony!

It gives us a few sweet moments, especially between Grace and Jefferson and Grace and Jen about becoming a family, which is something that Grace has never had.

In fact, it’s all so sweet that I’m now concerned that the show is forecasting Grace’s death, which I really, really hope isn’t the case. Leave the bury-the-gays trope where it belongs — in the ground and far, far away from this show.

Unfortunately, we don’t get to see the two get married in their fantastic matching white outfits because right before the ceremony is about to begin, we get word that Gravedigger has made his way to Freeland soil. 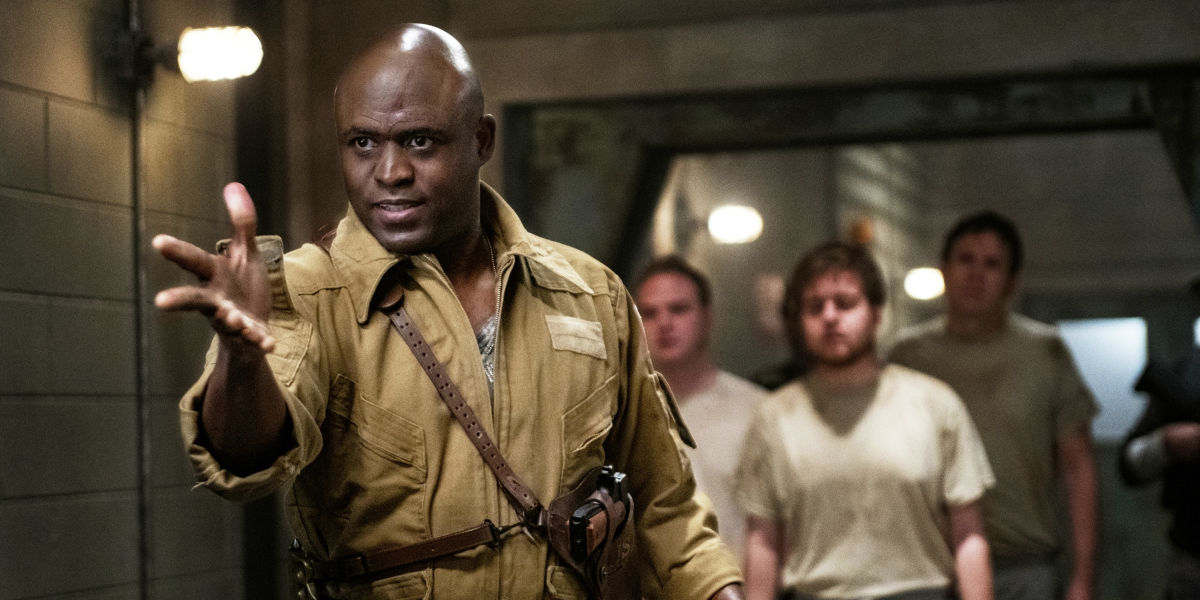 We don’t see too much of Gravedigger in this episode, but just like in his previous two outings, what we did see was enough for me to really be excited about what he brings to this show and to rank him above Tobias in terms of being a villain.

Like I’ve mentioned earlier in this review, Tobias is a fascinating and charismatic character, which is partially due to Krondon’s performance and partially due to the work the Black Lightning writers have put into his character.

However, as a villain, his motivations are a little more thinly drawn and one-dimensional than Gravedigger’s have shown themselves to be.

Now, I have no problem with villains who are straight up villains — I don’t think we need to redeem everyone — and part of what makes Tobias such a fascinating character is the way in which he revels in his clear villainy.

However, I personally prefer my villains to have more complicated motivations, and Gravedigger gives us that.

And even though he’s only been on the show since 3×13, in that short span of time, he’s not only shown himself to be a formidable opponent to all of team Black Lightning, but someone with a worthy cause and a far more interesting backstory to boot.

It turns out that Gravedigger’s motivation isn’t just taking vengeance on the country that mistreated him and turned him into a human experiment — though I want to say that would actually be enough for me to partially root for him — but to free all the metahumans from captivity and the burden of being used as super soldiers and allow them to live free in Markovia.

In fact, if that was his sole aim, I might be closer to wavering in my support of the Pierce family. However, what makes Gravedigger a villain is his insistence that his way is the only right way.

Jen takes a crack at Gravedigger (I bet in some alternate universe they teamed up), and while her display of powers is impressive, Gravedigger not only has his own powers but was able to use Lynn’s superpower serum to juice himself up with a few others as well. Which means he’s capable of taking her hit and hitting back, and Jen dies briefly before being resuscitated by Jefferson.

The episode ends with Jefferson powering up, ready to take on Gravedigger head to head. We’ll have to see what transpires in next week’s season finale. I cannot wait!

Don't measure your life against a fictional character's