This year was a great year for books (which means it was an awesome year for us bookworms). Join us as we take a look back at the 18 best books of 2018.

From the final installments of some of our favorite series to the first books in series we’re already obsessed with, captivating contemporary YA novels to addictive fantasy books, this year’s releases included a little something for everybody.

We’ve already brought you all of our favorite books of 2018, but it’s now time for you to discover those that we’ve deemed the best of the best. The cream of the crop. The titles that you just absolutely can’t miss. The books that we rated the highest in our book reviews.

Out of all of the novels we read this year, these are the ones that we’ve declared the best books of 2018. It just so happens that one of our best books of 2018 just happens to have been one of the very first books we read in 2018. With so many twists, turns, and conspiracies, it was hard not to get sucked into the world and mystery Maureen Johnson created in Truly Devious (not that we resisted much). It’s a strong first entry in a series that we can already tell will keep us guessing for books to come. The novel is a fun ride from start to finish and we can’t wait to see how its cliffhanger pays off in the next installment.

Read our review of ‘Truly Devious’ Michael Grant’s Front Line series first drew us in with its alternate history approach to WWII, but it was its brutality and rawness that kept us captivated. Purple Hearts is just as beautifully written and gut-wrenching as the previous two novels in the series, if not more so. It may have been difficult to read at times (thanks in large part to its graphic scenes and just how many times it made us cry), but this is one novel that will forever stick with us.

Read our review of ‘Purple Hearts’

‘To Kill a Kingdom’ by Alexandra Christo A ruthless siren princess who hunts princes for sport and a prince who loves adventure on the high seas but must hunt sirens in order to ensure smooth sailing. Even months later, we still can’t stop thinking about these two, both as complicated and incredibly nuanced individuals as well as one of our OTPs. Alexandra Christo’s debut novel is so much more than a retelling of The Little Mermaid. It’s an epic story about adventure, love, and the humanity that connects us all.

Read our review of ‘To Kill a Kingdom’ Furyborn was one of our most anticipated books of 2018, and it didn’t let us down. This fantasy YA novel is breathtaking from start to finish. Two women, living centuries apart, may or may not be the queens that legends are made of. Though their lives couldn’t be more different, they’re more alike than they seem. We can’t wait to see where this series takes these strong, intelligent women (and their pretty swoon-worthy gentlemen) next.

Read our review of ‘Furyborn’ There aren’t many novels that portray grief accurately, but Flight Season does so masterfully. It’s a story about three very different people who come together at a time when they need each other the most, even though they don’t realize it at first. We love how this novel tugs at our heartstrings and gives us hope, even in the face of injustice.

Read our review of ‘Flight Season’ A retelling of Charlotte Brontë’s classic novel Jane Eyre, My Plain Jane asks what would happen if Jane Eyre had the ability to see ghosts. Obviously, hilarity ensues. This novel is such a fun take on a story we’ve read so many times before and is a riot from start to finish.

Read our review of ‘My Plain Jane’

‘Escaping from Houdini’ by Kerri Maniscalco 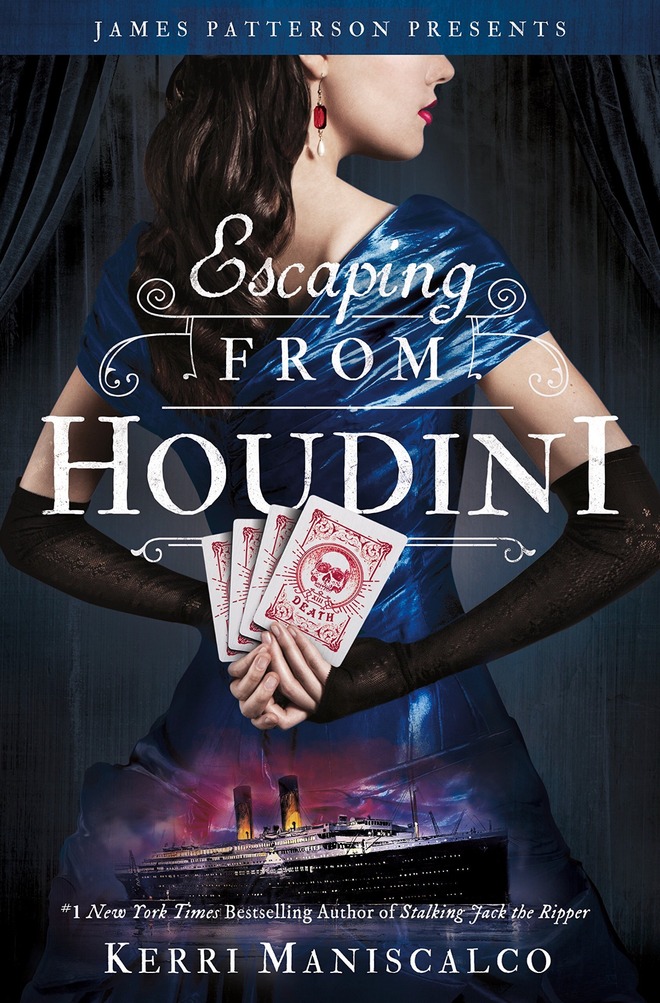 Kerri Maniscalco’s Stalking Jack the Ripper series is one of our favorites of all-time, so it’s no surprise that this year’s third installment made our list of the best books of 2018. It’s mysterious, mischievous, and magical. That and there are a handful of truly swoon-worthy moments between Thomas and Audrey Rose that we can’t help but re-read from time to time.

Read our review of ‘Escaping from Houdini’

‘Girls of Paper and Fire’ by Natasha Ngan 2018 brought us the first book in this intriguing new YA fantasy series. The world-building alone is something to be admired. Ngan’s story is rich, is beautiful, is devastating and magical, and is, hands down, one of the best books of 2018.

Read our review of ‘Girls of Paper and Fire’

‘Until the Last Star Fades’ by Jacquelyn Middleton Set in the hustle and bustle of New York City, Until the Last Star Fades is a touching novel about love in all of its forms. Part women’s fiction and part romance, this story will capture your heart and never let it go, putting you in the shoes of the main characters (for better and for worse). This may be our favorite book of the year, let alone one of the best books of 2018.

Read our review of ‘Until the Last Star Fades’ The title of this book really says it all. Megan Mullally and Nick Offerman’s love and relationship is one for the ages. Wonderfully insightful and hopeful, this conversation between two people who clearly care deeply for each other is our favorite feel-good read of the year.

Read our review of ‘The Greatest Love Story Ever Told’ The story of a girl who is willing to go to any length to find her sister’s killer, Sadie is not a feel-good nighttime read. But it is a book that kept us guessing until the very end. Not only did it make our list of the best books of 2018, but it tops other outlets lists’ as well (which means you should definitely pick it up).

Read our review of ‘Sadie’

‘City of Ghosts’ by Victoria Schwab Though it’s a middle-grade novel, City of Ghosts is an eerily beautiful read from start to finish. The story is so well-written and intricate that it’s hard to believe that it’s not YA. And, you know, as Potter fans, we couldn’t help but get excited every time we caught a Harry Potter reference.

Read our review of ‘City of Ghosts’

‘Bright We Burn’ by Kiersten White Bright We Burn was one of our most anticipated reads this year and we’re so happy to be able to put it on this list of the best books of 2018. This story kept us on the edge of our seats, chomping at the bit to find out what happens next. We’ll miss this dark and addictive series.

Read our review of ‘Bright We Burn’

‘A Reaper at the Gates’ by Sabaa Tahir After A Torch Against the Night, this third novel in Sabaa Tahir’s series had a lot to live up to. But we are more than delighted to say that this novel was well worth the two year wait. While it crushed our hopes and made our hearts hurt, we couldn’t help but love this book.

Read our review of ‘A Reaper at the Gates’

‘Ship It’ by Britta Lundin Many books, TV shows, and movies have tried to portray what fandom culture is like, but none of them have ever actually done so accurately. That is, until Ship It. This true-to-life YA novel details all of the good, bad, and ugly aspects of fandom. As our staff writer Natalie says, “This is the definitive novel about ship-based fandom.”

Read our review of ‘Ship It’ My So-Called Bollywood Life is such a fun cross between American rom-coms and Bollywood films. It’s just so wonderfully swoon-worthy and made our hearts flutter from the moment we opened it.

Read our review of ‘My So-Called Bollywood Life’ Not only is Gunslinger Girl one of the best books of 2018, but it was also one of the first ones we read in 2018. This story, which follows a young sharpshooter named Serendipity Jones, combines classic Western elements with a vibrant dystopian world. We’re still crossing our fingers that it gets a sequel one day.

Read our review of ‘Gunslinger Girl’

‘The Living’ by Isaac Marion Isaac Marion’s The Living is a beautiful and fitting end to the Warm Bodies series we’ve come to love over the last six years. This final novel takes its time with getting the characters where they need to be, both physically and mentally, but not without a few surprises along the way. We’re so sad the series is over, but so happy to have finally gotten our hands on The Living.

Read our review of ‘The Living’