We use cookies to ensure that we give you the best experience on Hypable. If you continue to visit us, we will assume that you are happy with it.
12:39 pm EST, March 2, 2021

On Batwoman season 2, episode 6, Mary is kidnapped by Batman villain Amygdala, who is seeking the miracle cure that cured Gotham’s citizens from their bat-inflicted wounds. Meanwhile, Ryan and Luke to come to terms about Batwoman.

As Ryan’s kryptonite infection progresses and the secret comes to light, Batwoman season 2, episode 6 begins the easing of tension between Ryan and Luke. However, stresses with Angelique, who is one step away from Sophie throwing her in prison, threaten to blur Ryan’s clarity.

Plus, would it really be a Batwoman episode if Mary wasn’t kidnapped? 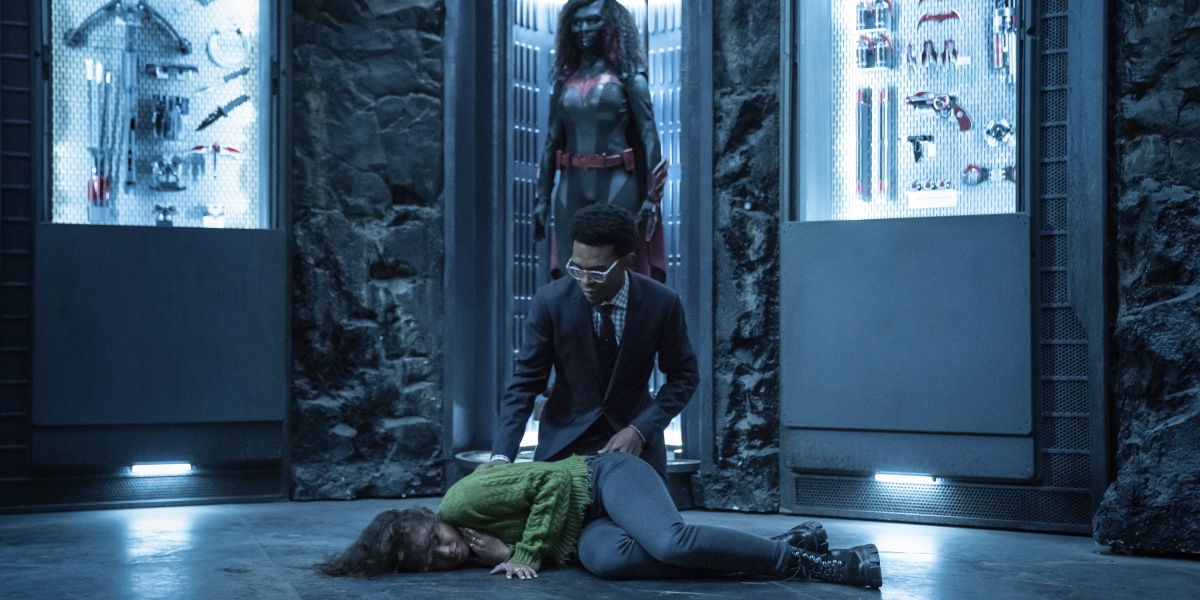 Batwoman season 2, episode 6 — written by Caroline Dries and Daphne Miles and directed by Holly Dale — is another fantastic episode. Javicia Leslie really gets a chance to shine while we see everything Ryan is struggling with, particularly the infection that threatens her life. Nicole Kang also gets a chance to shine, doing what Mary does best: almost dying? Poor Mary.

Now, six episodes without Kate Kane, it’s clear the Batwoman writers know what they’re doing and how to move forward. The best part is that introducing an original character to take over the Batwoman legacy also gives the writers the power to create original villains, as well as use stories (in a new way) from both Batman and Batwoman’s comic book history. There’s so much potential for where to go with the show, and it truly feels like they’re just getting started.

Obviously, there are some aspects of the season that I’m not the biggest fan of thus far, but overall, this is still one of the best shows on television. 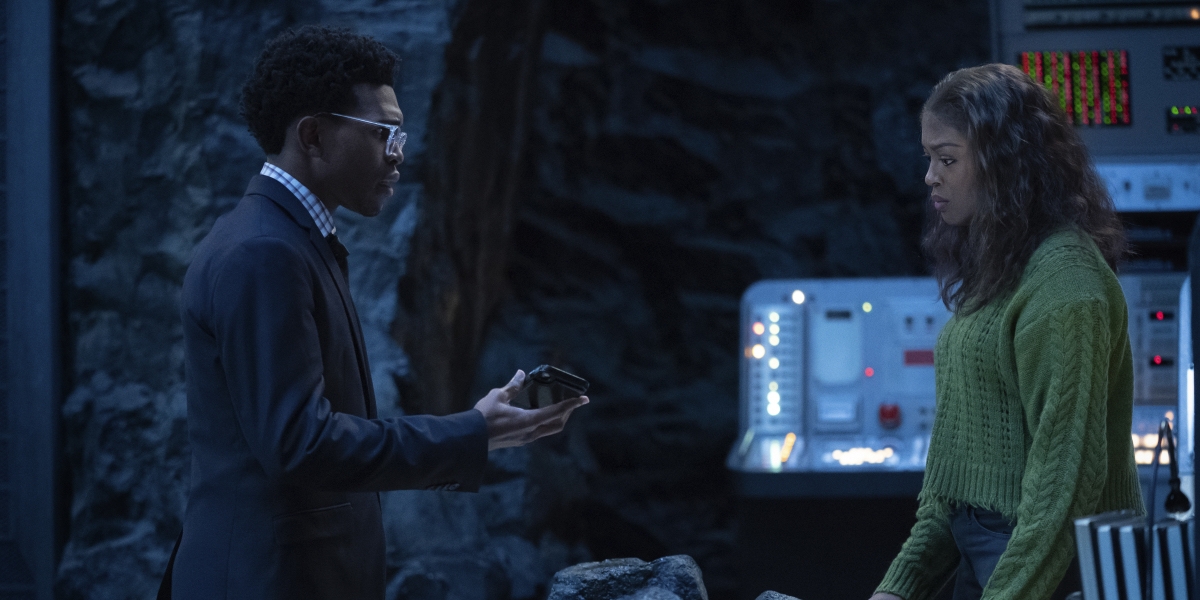 It’s been kind of frustrating to watch Ryan’s kryptonite infection eat away at her so quickly, especially when we’re just getting to know this character and see what she can do as Batwoman. However, I didn’t really think of it before as Luke did on Batwoman season 2, episode 6.

Ryan has stepped up, not only while dealing with the ramifications of being imprisoned on possession charges (when she was just trying to save Angelique’s life), but also while fighting to prove herself to Luke, Mary, and Gotham. And she’s done all of this on top of a debilitating injury.

In just six episodes, Ryan Wilder has more than proven herself to be a hero. Ryan Wilder is a perfect character to be Batwoman, and someone whom Kate would wholeheartedly approve of.

Back to the infection, I shouldn’t be surprised (although I am) that the cure is, seemingly, the desert rose miracle cure-all. It’s a great way to personally tie Ryan into this Coryana story because, while she does want to find Kate, that’s not as pressing for her as it is for Kate’s family and friends. But with her life on the line, now Ryan is possibly more motivated to find the mysterious island than even Alice is. 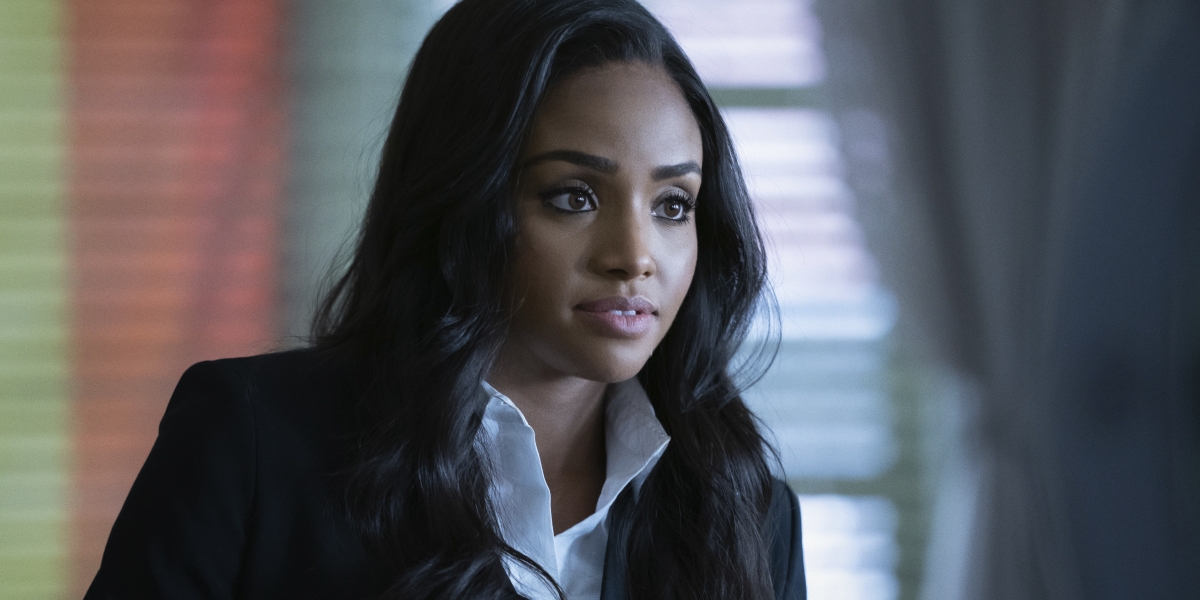 As of Batwoman season 2, episode 6, Ryan’s love for Angelique is an affliction of sorts. This is such an unhealthy relationship, and one I cannot find myself ever rooting for. It’s honestly despicable that Angelique thinks apologizing to Ryan is enough after Ryan’s entire life blew up (likely for good) in an attempt to help the person she loves the most.

That time in jail is going to follow Ryan forever, and the least Angelique could do is stop dealing drugs to honor what Ryan gave up to protect her. Yeah, she’s clean for now, but being so wrapped up in that world is possibly even worse.

All I know is this is going to end well. It’s heartbreaking to see Ryan do everything in her power to protect Angelique, just for it to be thrown back in her face. Ryan’s attachment to Angelique is completely understandable given the circumstances, but severely unhealthy. Ryan made the right decision by cutting her out of her life; letting Angelique back in to cause more trouble is the mistake.

I’m hoping reintroducing Angelique in Ryan’s life is going to finally give Ryan the closure she needs to move forward and allow people into her life that actually deserve to be there. But god, I hope that happens quickly. 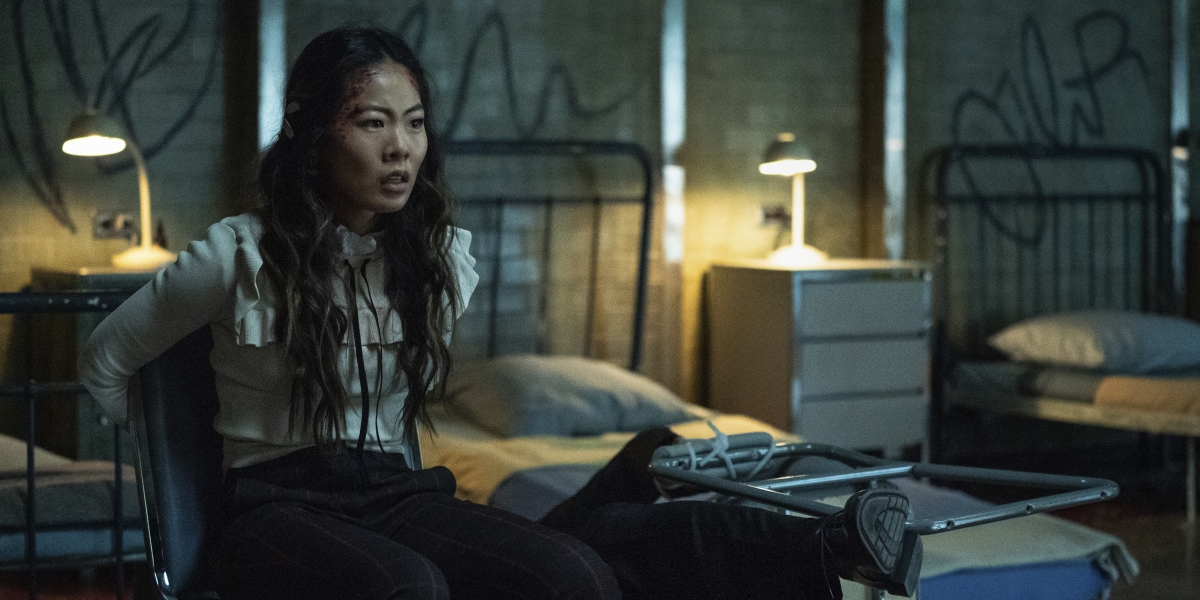 Poor Mary. This girl has been dealt more trauma in the last year alone than anyone should have to bear.

Multiple kidnappings, the death of her mother, Kate, and now the underground clinic that gave her purpose and the memory of her mother… what else are they going to take away from her?

It’s devastating that someone as pure as Mary Hamilton has now been hardened and severely traumatized, and there’s no sign of her happy ending any time soon. No, instead she’ll likely be kidnapped at least a dozen more times and won’t see her sister again (at least not for long, since Kate is highly unlikely to return to the show in any permanent capacity).

It’s also heartbreaking for Mary to lose the memory of who she thought her mother was after she’s already lost her mother. Finding out that Catherine approved tests on Amygdala and other patients in the name of experimentation destroys everything Mary thought about her mother.

Honestly, I’m not sure what to think of Mary’s story so far this season. Losing her clinic on Batwoman season 2, episode 6 is likely going to be a harder blow than anything else because she’s put her heart and soul into that place, and it’s been a welcome distraction to help others than dwell in the darkness of her life.

This seems a bit reminiscent of Laurel Lance’s story in the early seasons of Arrow. She lost almost everything, was beat down repeatedly, and fought her way back by becoming the Black Canary. Could a superhero alter-ego be in Mary’s future? Personally, I’d absolutely love to see that. 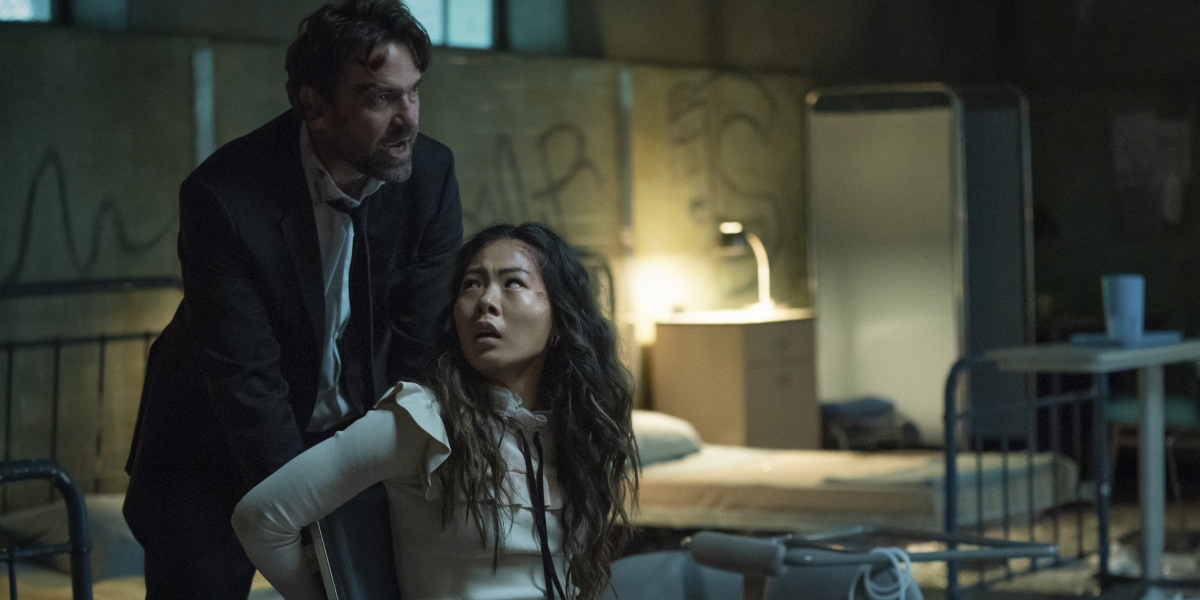 As for Mary and Jacob’s relationship, it’s surprising it took this long to see that dynamic explored. Mary made some great points about how Jacob has consistently let her down and been distracted by other things since he first became part of her life. He’s never been a real father to her, just like Kate hadn’t been a real sister. There’s progress to be made, for sure.

Now that they’re the only real parent/child relationship on the show (because Alice and Jacob’s relationship is far too complicated to be summed up to that), I expect to see more of this. It seems like Mary will be taking up the role Kate played with Jacob, which is, frankly, being a complication for him.

But I’m beyond ready to see another daughter cause Jacob problems . 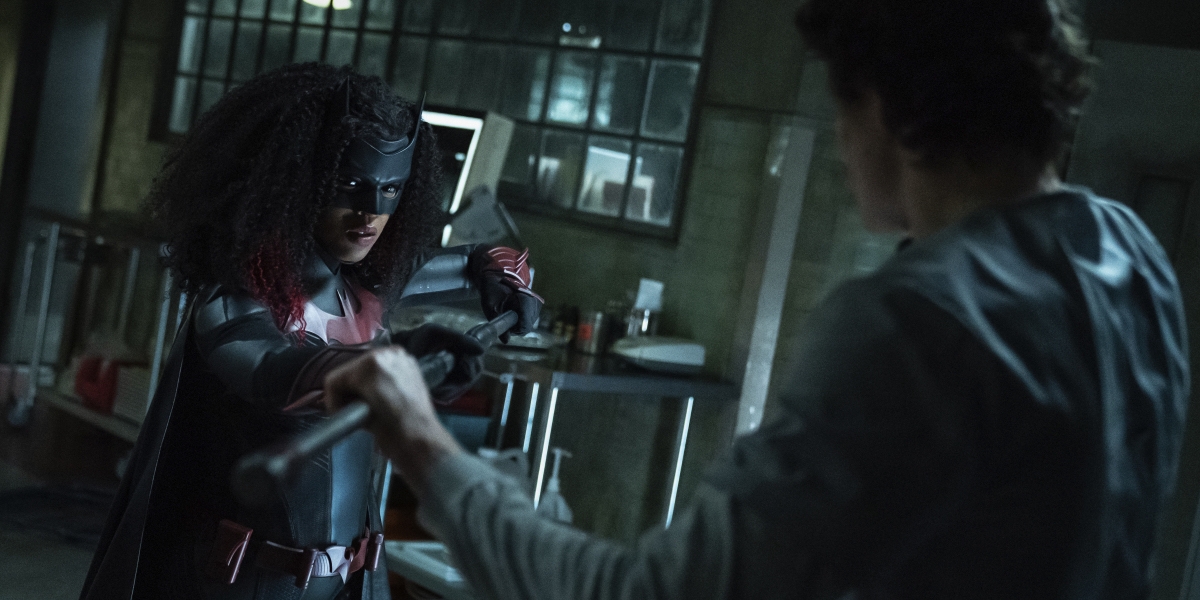 Most surprising about Batwoman season 2, episode 6 is how much I am enjoying Alice and Ocean. Ocean is far more interesting than I expected he would be, and it seems like he’ll be a dynamic match for Alice if their romance from Coryana is rekindled. There’s a fire igniting between them that you can feel with every interaction, and the two teaming up to trick Safiyah is certainly going to be enjoyable and entertaining.

While I definitely still can’t see Alice in a committed, romantic relationship, Ocean is definitely a worthy match for her that challenges her unlike anyone else has. I’m willing and eager to see how this plays out (which, I expect, will end with Alice betraying him).

Meanwhile, Sophie’s determination to find Kate is tragic. She didn’t realize how strong her feelings were until she lost Kate, and now she’s desperate to bring home the love of her life. It’s a beautiful sentiment, but mostly depressing considering we’ll probably never see Sophie and Kate on-screen together again. Sophie’s going to have to move on, and basically all of this will have been for naught.

Lastly, I’ve particularly loved the moments over the last few episodes where Ryan and Luke have bonded. There’s the potential for a beautiful friendship, especially now that Luke has fully accepted Ryan taking over the role of Gotham’s protector. I want more!