We use cookies to ensure that we give you the best experience on Hypable. If you continue to visit us, we will assume that you are happy with it.
2:15 pm EST, February 22, 2021

Batwoman season 2, episode 5 digs into the painting that was the last thing on Kate’s phone before the plane wreck, which happens to be artwork by Jack Napier AKA the Joker. Meanwhile, the Bat Team struggles.

Batwoman season 2, episode 5 finds Ryan conflicted over potentially working with the Crows to recover a painting that could lead them to Coryana and Kate. But multiple people are after this painting for their own use, so who’s going to get to it first?

Meanwhile, Alice’s mission to find Ocean leads her to the mysterious man, whom she vaguely recalls as memories flow to the surface. 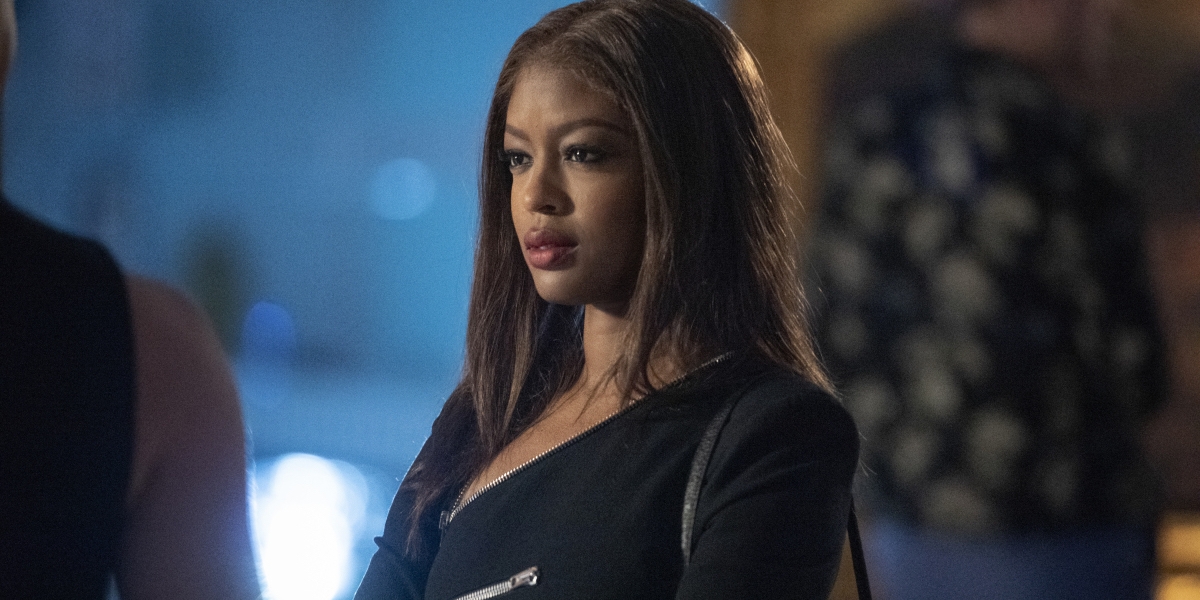 Overall, Batwoman season 2, episode 5 is yet another great episode. The plot remains entirely interesting, as Kate’s disappearance is now involving everyone (in a good way), though many of the character-focused choices had me very confused.

As for Kate’s disappearance, while it’s great to see everyone diving in to rescue their lost loved one, this story has to come to a conclusion soon. Kate’s overshadowing the entirety of Batwoman, and we know she’s not coming back (at least not in any permanent way).

I expected Kate’s disappearance to be treated a little more like Bruce Wayne’s was last season; I understand that the characters are in their immediate grief as Kate’s just recently gone missing, but something has got to give soon to give the characters a break from this and allow them to focus on other things.

It’s still quite interesting to see how this is playing out, but I don’t know that I necessarily want it to fully play out yet unless we’re actually going to see Kate, on-screen, again (whether played by Ruby Rose or someone else). It won’t be satisfying if not, in my opinion.

Anyway, Batwoman season 2, episode 5 introduces twists for everyone, including Ryan’s kryptonite infection progressing and Alice’s forgotten past slowly coming to light. After the events of the upcoming episodes play out, it seems that these characters will truly never be the same. 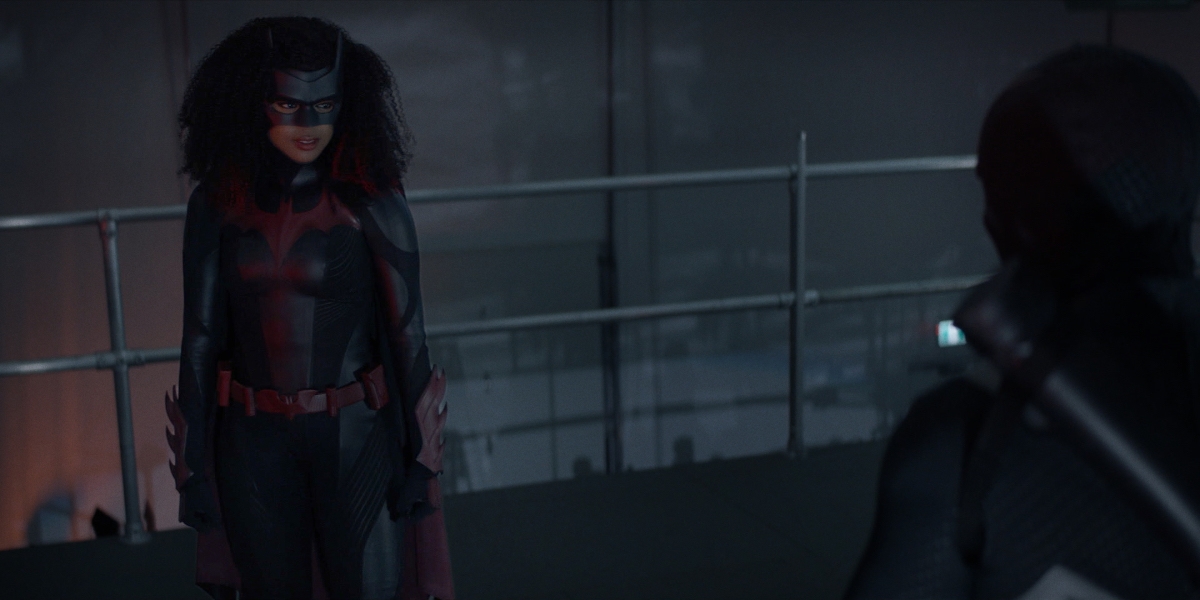 Batwoman season 2, episode 5 finds Ryan struggling with her kryptonite infection worse than before. It’s worsening, finally leading Ryan to seek Mary’s doctorly advice, though Ryan severely underemphasizes how it is impacting her.

It’s only been four episodes since the wound was inflicted, and it’s already rendering Ryan unable to fulfill her role as Batwoman, so surely the big moment where it’s a life or death situation is coming soon. (I will theorize it’s in episode 8.)

Meanwhile, Ryan and Angelique’s relationship, so far, is by far my least favorite on the show. Batwoman season 2, episode 5 didn’t really help that either, as we see Angelique is still involved with drugs, even if she says she’s currently four months clean.

It’s frustrating to watch Ryan be pulled back into Angelique’s world. Ryan just finished spending 18 months in jail for, as we learn, taking Angelique’s stash to try to force her to clean her act up and getting caught by the Crows with the drugs.

I know we’re just getting to know these two as a couple, but I could not imagine starting a relationship that you want people to root for on worse terms. Ryan deserves better than Angelique, which is evidently clear now that we know she’s essentially the same person that Ryan cut herself off from so long before. 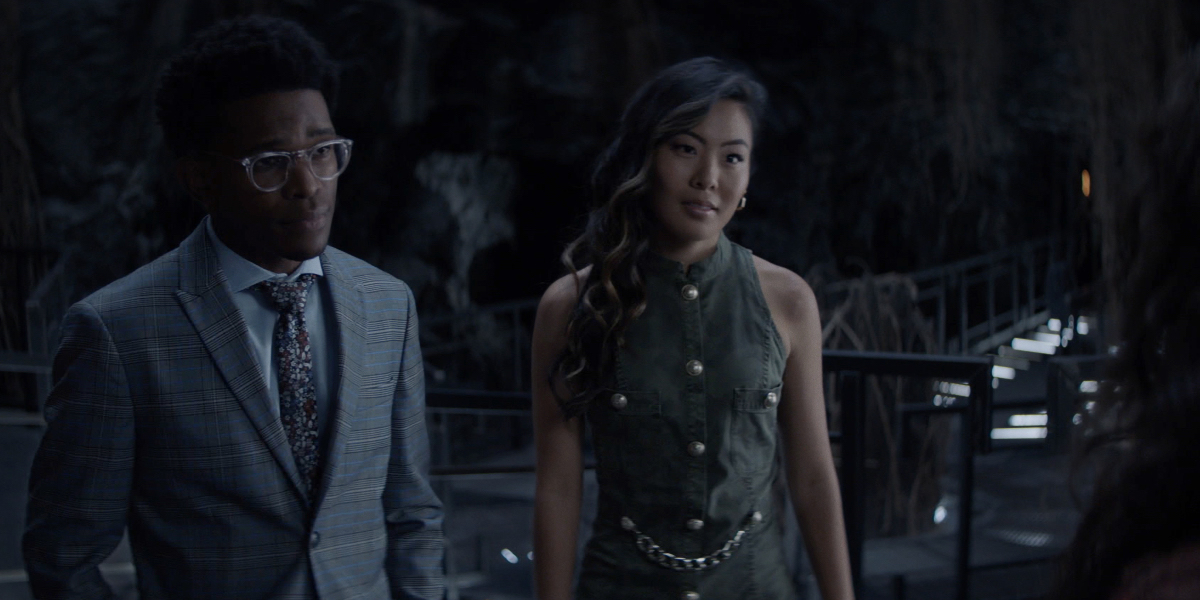 The Bat Team’s struggle is very important, but I can’t say I’m the biggest fan of how it’s being handled. Ryan has every right to trust her gut and distrust the Crows, and was completely right about how the situation would go down. The Crows can’t be trusted.

But it’s a bit frustrating to see her demanding that Mary and Luke listen to her and cutting off the team coming together for discussions. Mary and especially Luke have not treated Ryan like Batwoman, but rather Kate’s replacement, and that definitely has to change.

But Ryan needs to understand that it’s a team, and just because she’s in the field doesn’t mean Luke and Mary’s roles on the team are any less important. Where would she be without Luke, in particular?

I hope this is not something that will just be dropped after this episode because we need to see these individuals come together to truly form a team that listens and trusts one another, which means trusting someone’s judgment. I don’t think anyone on the team is correct about how situations need to be handled… not yet, at least. 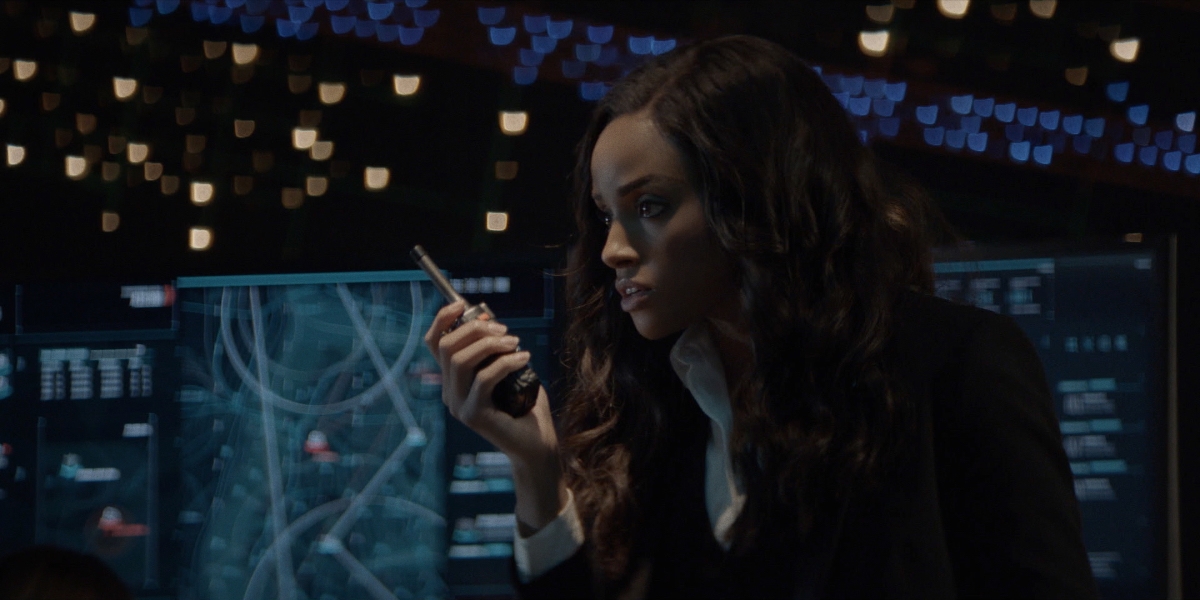 What disappoints me most about Sophie is how often Sophie disappoints me. On Batwoman season 2, episode 5, she talks about being part of the Crows to make a difference… so why aren’t we seeing that? Sophie talks here and there about how she knows the Crows need to do better, but she does absolutely nothing to make that change.

For example, just a few episodes ago, she arrested Ryan for being present at a crime scene, where Ryan saved the day. And when they found out Ryan was telling the truth, she was reluctant to accept that she did anything wrong.

Now, two Crows almost kill someone while “following orders” and Sophie thinks that those two losing their jobs is enough to satisfy those who have been hurt. It’s extremely disappointing that Sophie can’t see how corrupt the organization she works for is.

I can only hope that is her arc this season and by season’s end Sophie will no longer be on Jacob Kane’s side, violating the rights and privacy of the citizens.

I’m tired of Sophie repeatedly being the antagonist of an episode (in some capacity). As we just watched, there’s great potential for Batwoman and Sophie to work together to make Gotham a safer place. How long before we get to see her brought into the fold to take down the Crows with the Bat Team? 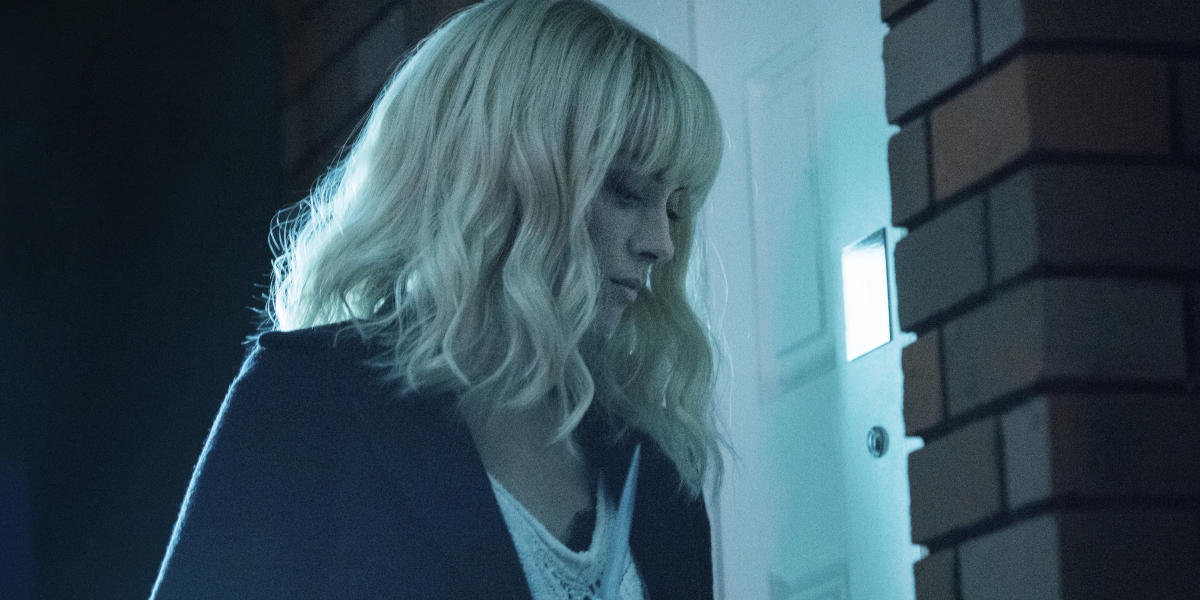 Though I am firmly against Alice being heterosexual, I have to admit… Ocean isn’t a bad love interest, at least not on Batwoman season 2, episode 5. The mystery of their relationship and the memories flooding back in ever so slowly is alluring.

It’s fascinating to consider that Safiyah wiped their memories of only each other (and possibly more), and how that could have completely changed who Alice was before she returned to Gotham for revenge.

Would things have played out differently if Alice remembered what I assume was love she felt for Ocean? Alice has been defined by her past, and aside from loving her sister, she’s been closed off to literally everyone else. So, to my surprise, I’m actually excited to see how this plays out and how it changes Alice. 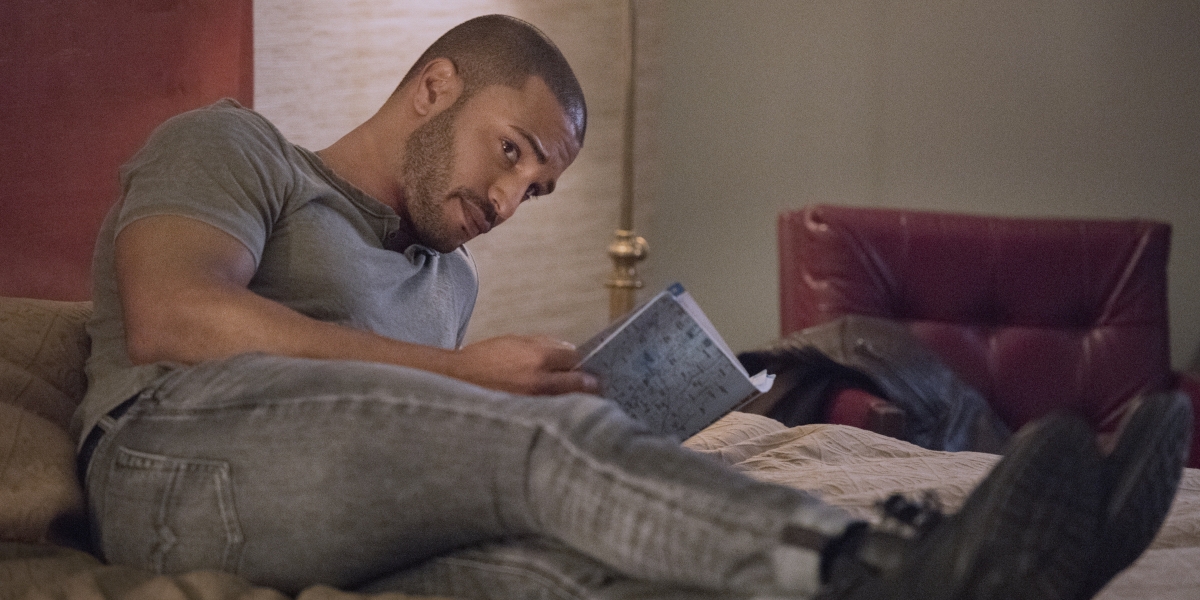 Ocean is quite a mysterious (and attractive) man, so there’s no doubt to why Alice is so interested in him (and seemingly has been since their first encounter). What wasn’t expected is Ocean being Safiyah’s brother, which adds a whole other layer to their relationship, that I assume was expressly forbidden on Coryana.

The memory of Ocean yelling at Safiyah about getting the one thing she couldn’t is perplexing. I wonder if Safiyah had feelings for Alice that she couldn’t return, and perhaps that’s tied in to why Safiyah has (potentially) taken Kate?

I’m much more invested in this Coryana story than I thought I would be, that’s for sure. 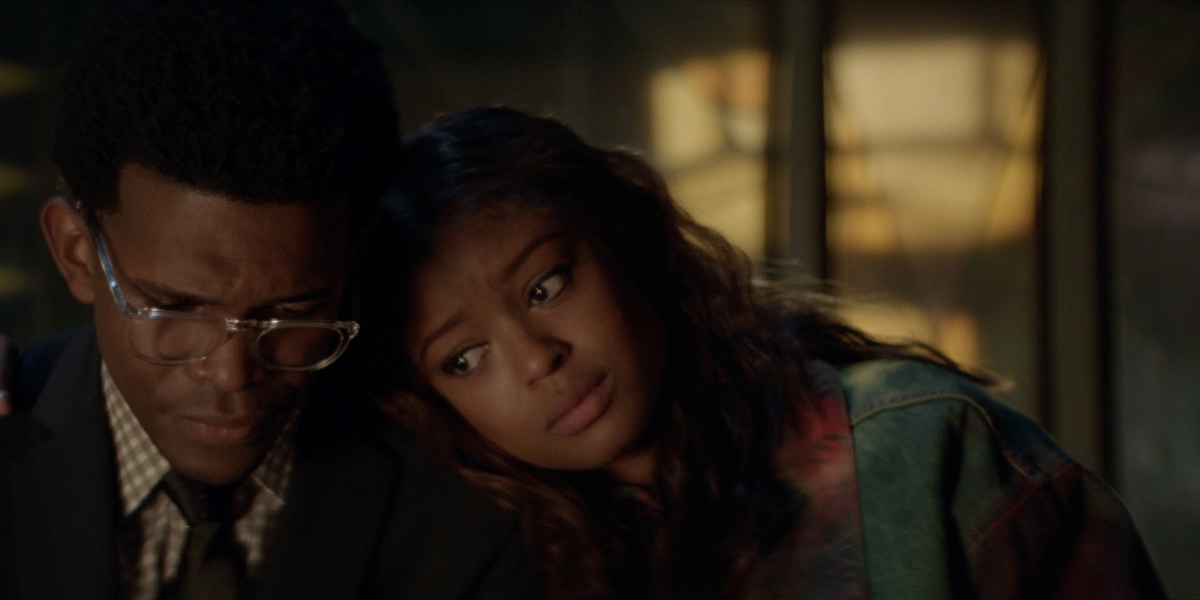 As for Luke, I really enjoyed his one-on-one with Ryan, where they discussed how they’ve been wronged by the Crows in the past. It’s such an important moment to bond these two. Their friendship is one I’m incredibly excited to see explored, since Luke has been very hesitant to accept Ryan joining the team and becoming Batwoman. What will it take to get him to fully accept her role in his life?

Otherwise, there were a couple of moments that felt very inauthentic on Luke’s behalf on Batwoman season 2, episode 5. For example, why was Luke acting weird after walking into the apartment where Ryan and Mary were getting ready? It was just a strange moment. There was nothing for him to be weird about and there was no explanation for it.

Additionally, Luke’s “products” line just felt forced and not like something Luke would do. Just say the word “tampons” and move on. Cheap, unearned humor is not why we’re watching Batwoman, so there’s really no need for that. 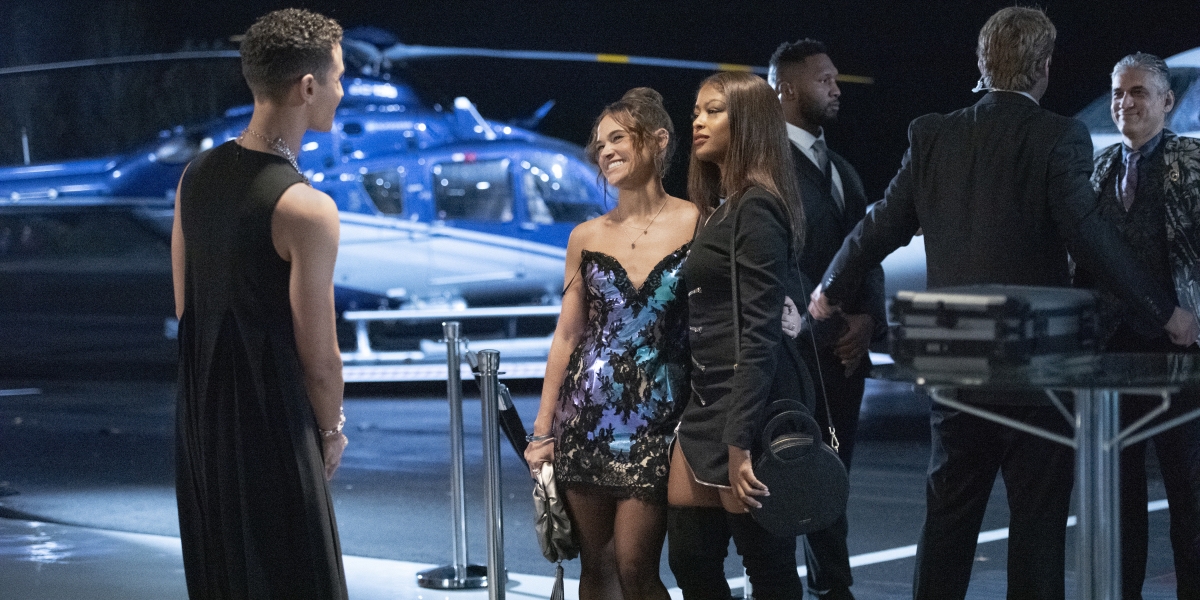 I have to say, though the plot of Batwoman season 2, episode 5 is quite intriguing, this episode really didn’t impress with the characters. It felt like someone who had never worked on the show was writing the episode, leading to many of the characters’ actions feeling unnatural.

This is the first time I’ve felt disappointed by Batwoman in this way (and I hope the last).

Despite that, we should all be cheering for the Arrowverse’s first nonbinary character: Evan Blake.

Though I wish Evan’s role had been enhanced a little on the episode, the potential for return is great and could easily fit into any episode. I’d love to see Evan and Mary’s relationship now explored, with Kate gone, as they spent so much of their teenage years fighting for her affection.

(Hopefully if he’s brought back, the writers make more of an effort to use they/them pronouns as well.)

All in all, nothing frustrating that happened on Batwoman season 2, episode 5 made me any less excited for future episodes. I’m ready to actually see some progress with the various stories that are currently in the air, though.