We use cookies to ensure that we give you the best experience on Hypable. If you continue to visit us, we will assume that you are happy with it.
10:00 am EDT, May 17, 2019

‘A Plague Tale: Innocence’ review: A rare treat of a gothic adventure

A Plague Tale: Innocence borrows the best elements of the adventure titles that influence it, while still crafting a unique alchemic adventure.

A Plague Tale is simply in a league of its own. While it feels like it took a page from The Last of Us and ran with it, there is enough deviation here to define a fantastic adventure through a plague-ridden fourteenth-century France.

The story does take a bit to get off the ground, but once it does, it soars. There is nary a dull moment in A Plague Tale, nor is there an imbalance. It’s a very fine-tuned title that weighs adrenaline-fueled action sequences against stealth and puzzles to great effect.

There’s tangible magic to Plague Tale, and while it can’t be quite defined in words, it’s probably appropriate to call it a, ahem, je ne sais quoi.

Whether it’s the splendid crafting and item scarcity, or the smart stealth-based gameplay, Plague draws you in. You are Amicia, a recent orphan, as she struggles to keep her five-year-old brother Hugo alive.

The drive is that Hugo has a mysterious illness, bringing Amicia to dangerous locations smack dab in the middle of the Inquisition. Rats swarm the streets, threatening the children at every moment. Scared and alone, the orphans face unfathomable horrors and atrocities. It’s a bleak landscape, but Amicia and Hugo add light and life to an otherwise macabre corpse-ridden France. 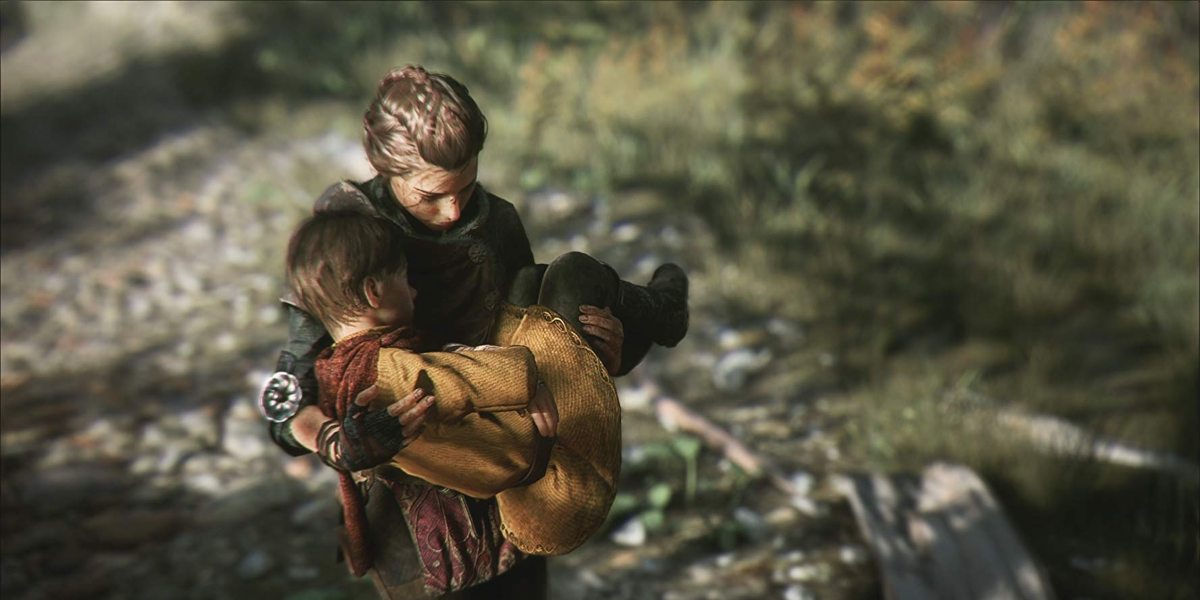 The heart of Plague rests on Amicia’s shoulders, and voice actress Charlotte McBurney carries that burden with a breadth and expertise usually only found in seasoned actors well beyond her age. McBurney hits all of the right notes, bringing Amicia’s emotions to the forefront of the orphan’s struggle.

Supporting characters keep the spice of Plague interesting, fun, and full. The classes of each are spoilers, but they all come in handy in organic ways. The sets are built around these feisty survivors, and it feels great to explore and kill.

That’s just the thing: at first, both you and Amicia feel bad about killing other humans, but as the story progresses, something shifts. A palpable change caused by the trauma of the Black Plague hits the player and the protagonist at precisely the same time.

A Plague Tale is a masterpiece in gaming. From its eerie twists and turns to the chilling sound design, there isn’t a hair out of place.

While the character models get the job done, it’s seeing them in motion that sells their realism. Cutscenes tell subtle emotion through smaller moments, which later define how larger events will unfold. Characters’ eyes tell lies, love, and longing; effects that are often neglected in favor of Bigger Explosions, Larger Busts, and More Violence. 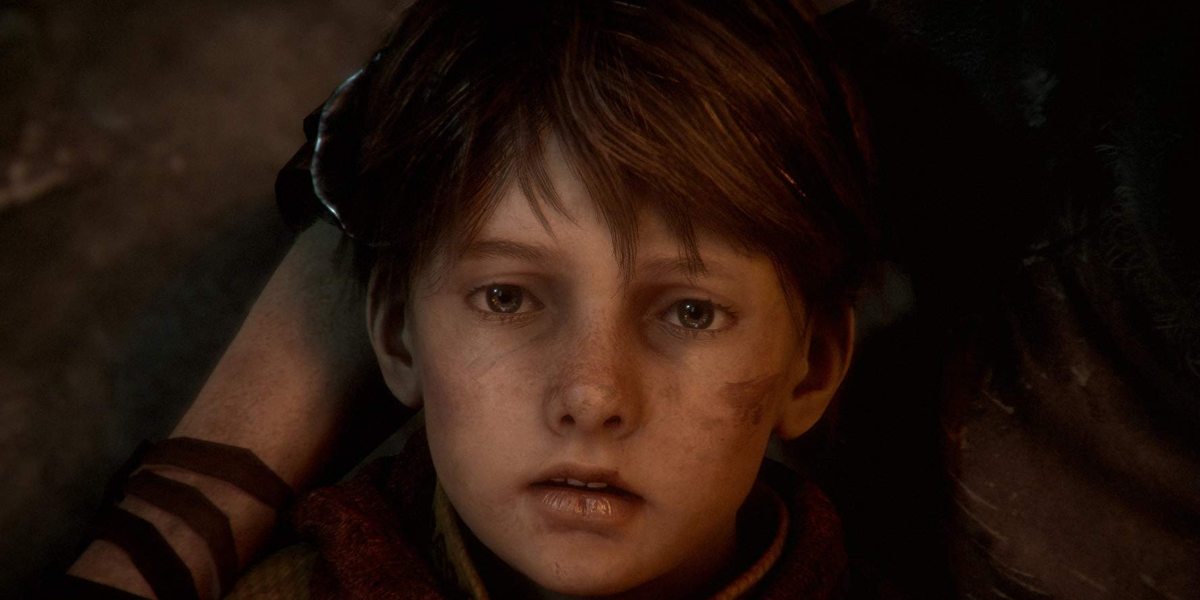 Don’t get me wrong, for A Plague Tale is bloody violent. The camera tries not to revere in the gore left behind by the rats, showing an appreciation for human life that Amicia is slowly losing. That depth present in the game’s presentation versus the protagonists’ inner thoughts is breathtaking.

Amicia and Hugo heavily rely upon alchemy to scrape by in battles with Inquisition soldiers, as the children are only able to take one hit before dying. Checkpoints are generously strewn about, making this a fun rather than frustrating experience.

The meat of the gameplay falls to weapon and inventory upgrades. It’s never been so much fun to work your way through how to get the best upgrades for each category. The upgrades become available at just the right times, making them feel earned and thus rewarding.

Amicia cannot become overpowered by any means, so she relies on the players’ smarts to take down Inquisition soldiers. The AI isn’t predictable, and always packs quite the punch. Amicia cannot outrun most of them, giving her little opportunity to run and gun her way through a level. 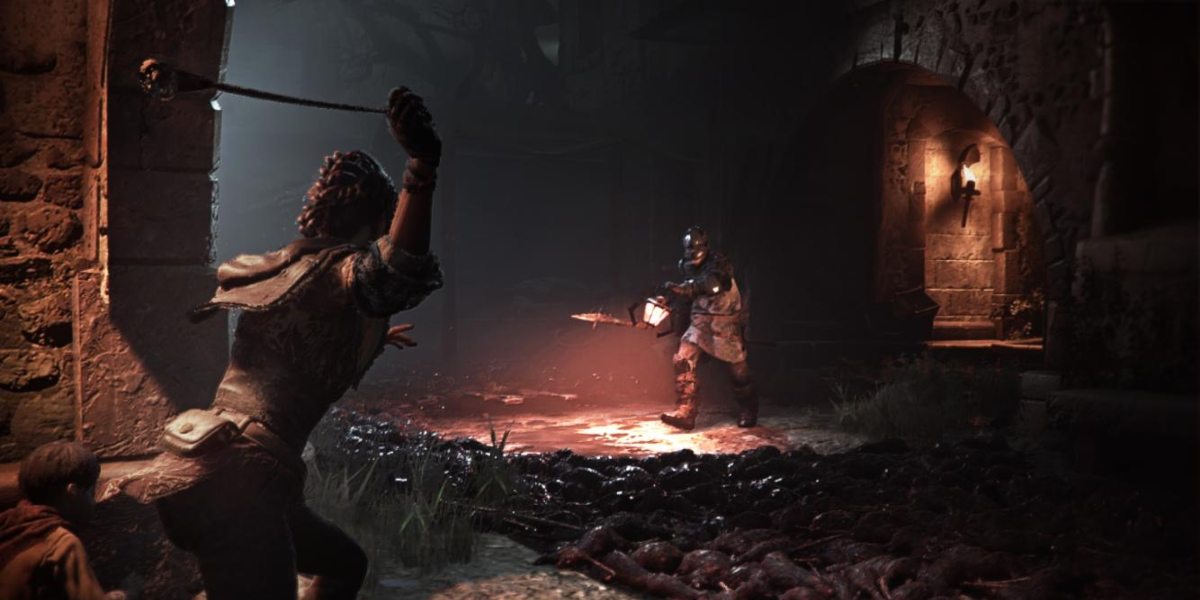 You’re trapped in A Plague Tale. If it’s not the soldiers, it’s the rats. The forces of evil press upon you from every angle, and it’s so very nerve-wracking. There aren’t any cheap thrills or corners cut to bring the player to peaks in adrenaline. In a genre full of jump scares and graphic up-close shots, this earned fear is much appreciated.

Armed with only her slingshot and her wits, Amicia takes the twenty-first-century heroine and demonstrates that She came to rise in the fourteenth-century. Well spoken yet dangerously venomous when she needs to be, Amicia is a well-rounded protagonist with a clear cut agenda and deadly aim.

Come the end of A Plague Tale‘s story, I found myself immediately wanting more. I wanted more Amicia, I wanted more fourteenth-century France, and I wanted more high-stakes adventure. The gaming industry is laden with first-person shooters and battle royales, but not nearly enough Plagues. 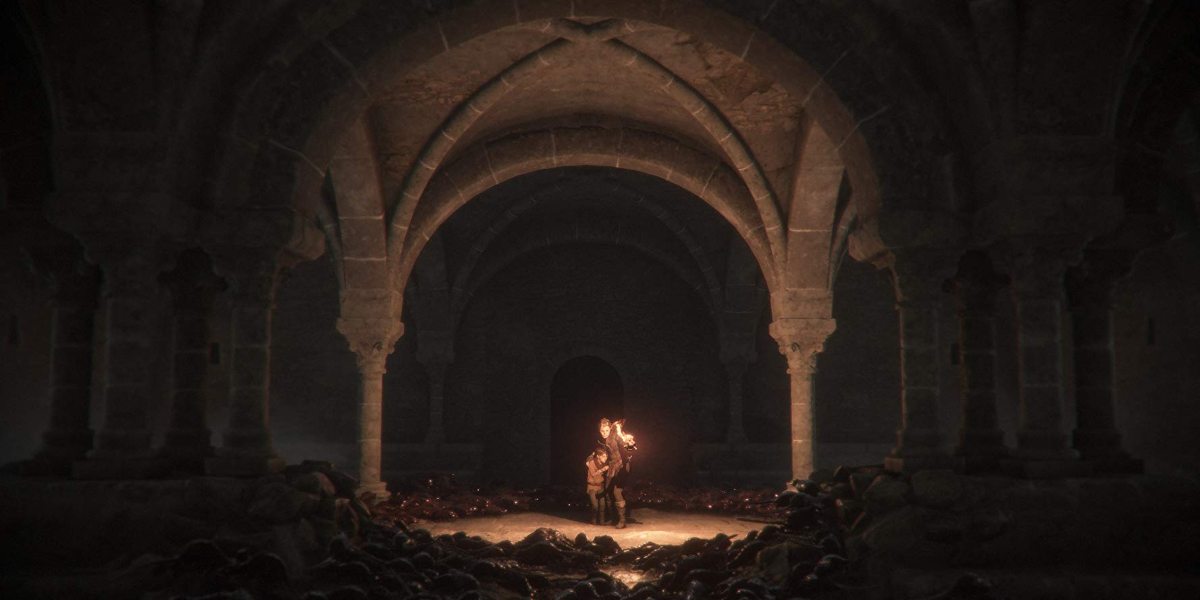