The best true crime documentaries on HBO Max encompass everything from sex cults and fraud to murder. Here’s a list of our favorites.

Like I said in my article about the best true crime documentaries on Netflix, the genre is around to stay. We have a dark fascination with this subject matter, and streaming services provide some of the top series at your fingertips.

While Netflix has some of the biggest documentaries on its platform—Unsolved Mysteries and Making a Murderer, just to name a few—HBO Max is no slouch. They’ve got some excellent series, too, and a large array of topics to choose from.

As with my other article, there’s a little bit of everything here, both new and old alike. So, kick back, choose a title, and learn about what goes bump in the night. 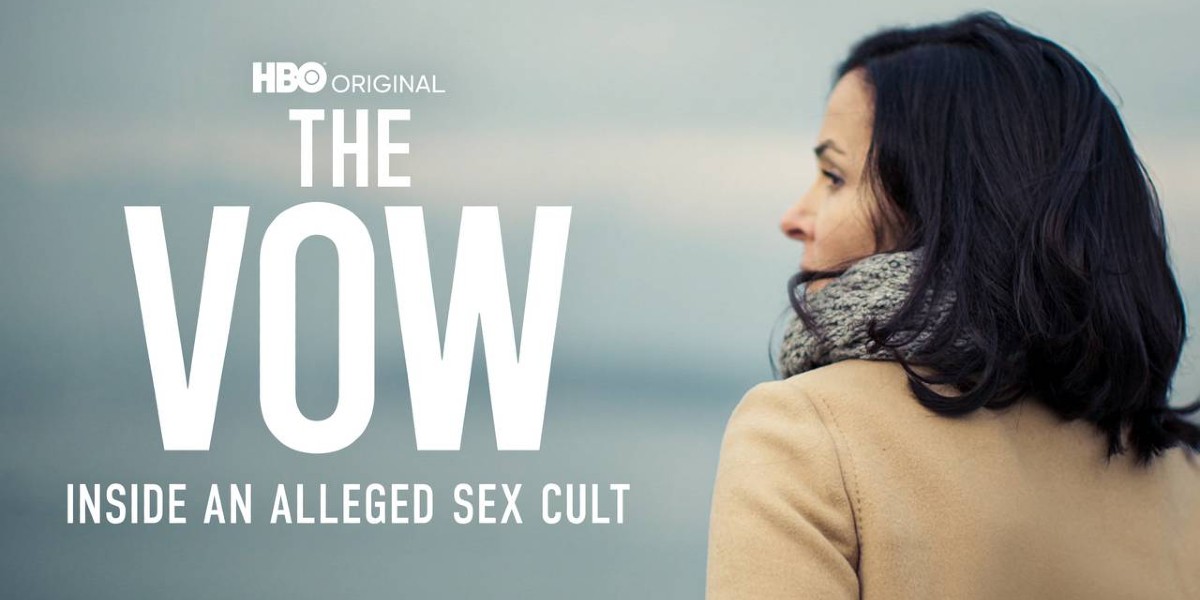 I’m going to start off with my top pick for the best true crime documentaries on HBO Max. If you haven’t watched The Vow, I highly recommend putting it on right now. Be warned, however: This isn’t an easy documentary to watch, and it should come with a bevy of trigger warnings.

Though the subject matter is quite heavy, it’s hard to look away as you get an up close and personal view of what was happening at NXIVM, a supposed self-improvement group. The documentary follows several former members as they discover their organization was a lot more than they bargained for. Under the supervision of its leader Keith Raniere, it became an alleged sex cult.

Over the course of nine episodes, you get to know the people involved and learn how they dug themselves deeper without realizing the danger that lurked below. Of particular interest is Smallville actress Allison Mack’s involvement in recruiting members to NXIVM. There will be a second season that follows the sentencing of several high-profile members. 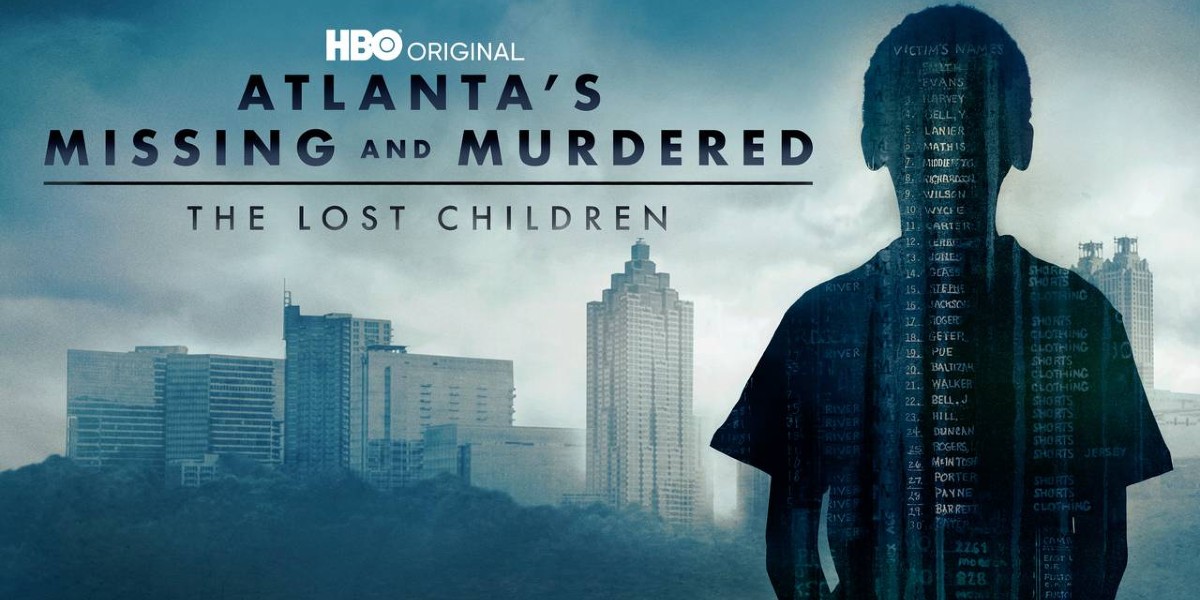 If you’ve watched Mindhunters on Netflix, then you may already be somewhat familiar with the subject of this documentary. However, the fictional tale is nowhere near as harrowing as the real story, so prepare yourself before you jump into this one.

Between 1979 and 1981, at least 28 children were abducted and killed in Atlanta, Georgia. The documentary goes into detail about the efforts made on a national level to solve these cases. Over 100 investigators were working the case at one time, and the entire city was on high alert due to the murders.

The five episodes go into detail about both the investigation, as well as the arrest and conviction of Wayne Williams for two of the murders. However, Williams maintains his innocence, and most of the murders are still unsolved. In 2019, the Atlanta police reopened the cases, and if nothing else, Atlanta’s Missing and Murdered is a cry for help to keep national attention on these cases.

‘Heaven’s Gate: The Cult of Cults 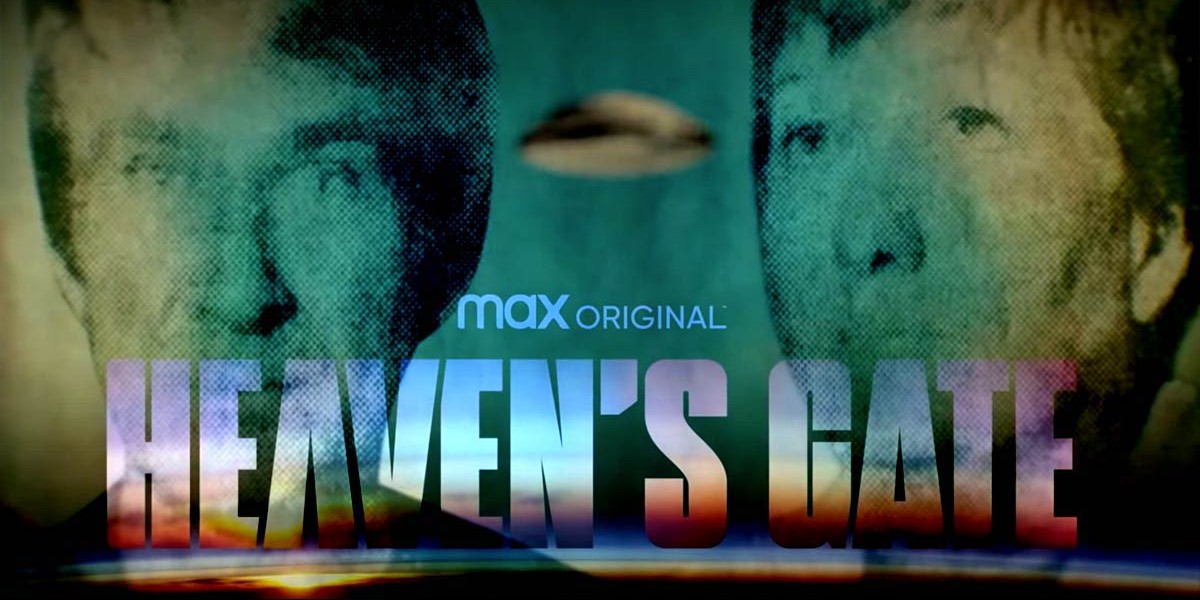 If you have a particular interest in cults, then you’ve probably heard about Heaven’s Gate. While they were considered to be a new religious movement in the 1970s through the 1990s, they’re most well-known for the mass suicide that occurred in 1997.

Over the course of four episodes of this series, you’ll learn about the leaders of Heaven’s Gate, Ti and Do, and what exactly they preached to their followers. You’ll also meet a few former members of the religious group, and find out what lasting impact the cult had on each of them.

What’s most interesting about Heaven’s Gate is how the leaders blended Christian teachings with aspects of science fiction, drawing on such properties as Star Trek to guide them through life until they were ready to shed their mortal form and join God in his kingdom. 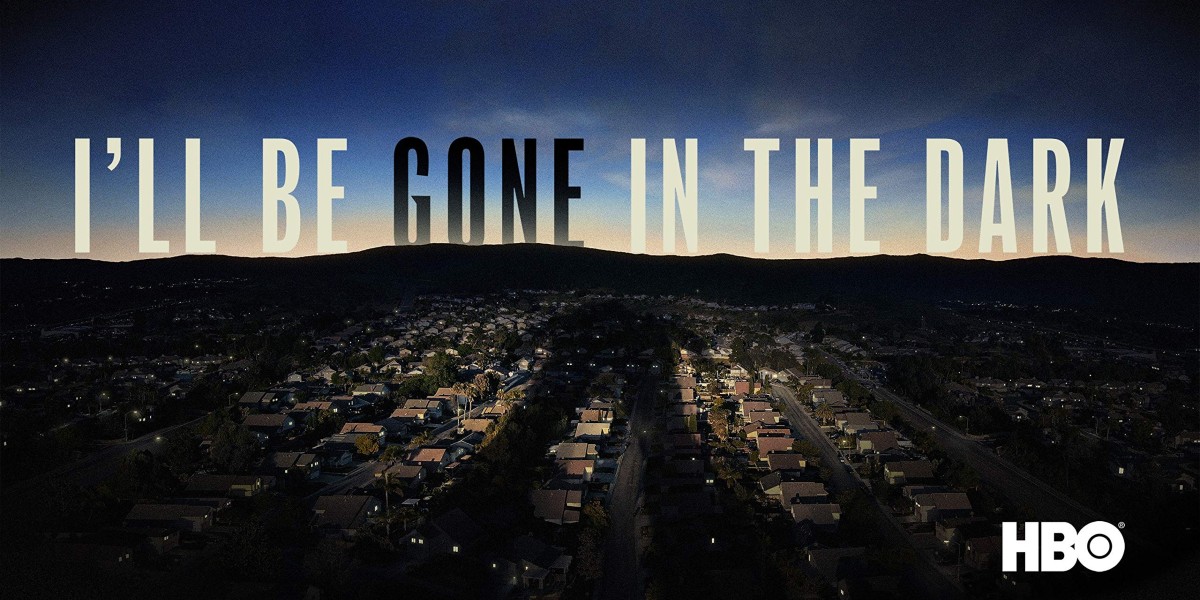 Alongside The Vow, this is one of the main documentaries that inspired me to put together these lists to begin with, so there was no way I was leaving it out of the article for best true crime documentaries on HBO Max.

This series details research conducted by Patton Oswalt’s late wife Michelle McNamara in her attempt to identify the Golden State Killer, who was also known as the East Area Rapist and the Original Night Stalker (not to be confused with Richard Ramirez, who is the subject of the documentary Night Stalker on the Neflix list).

Though McNamara didn’t live to see the fruit of her labor, I’ll Be Gone in the Dark is a beautiful tribute in her honor. We not only get a first-hand look at how she gathered evidence, but we also get a glimpse at her state of mind, as well as the fallout from her untimely death. It’s an intimate portrayal of both the writer and her investigation. 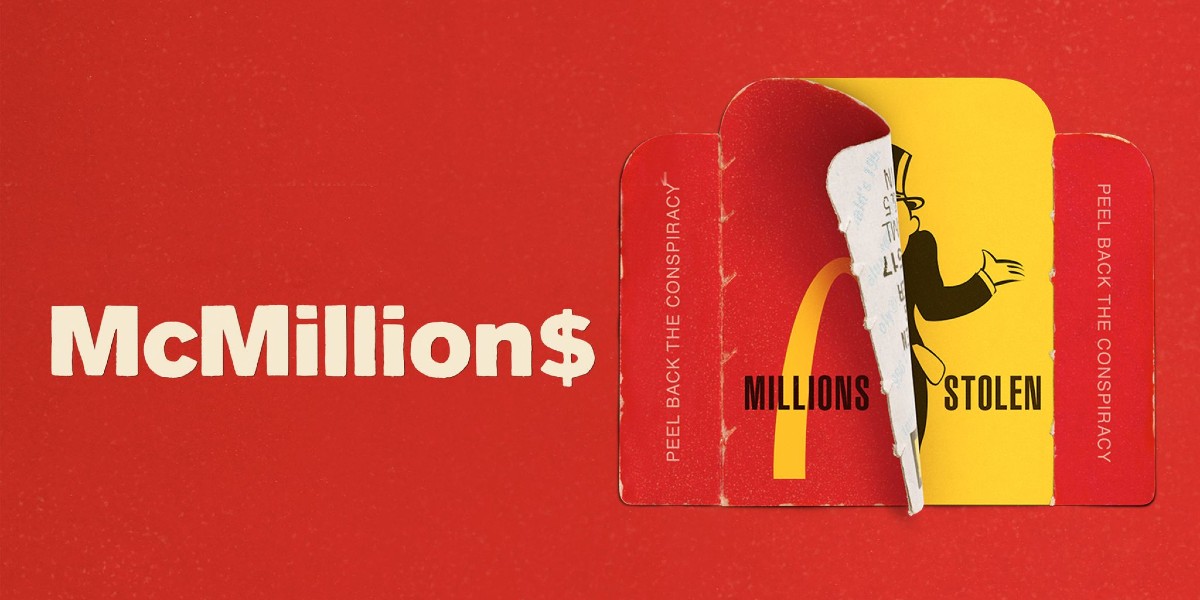 If you’re trying to avoid a downer of a documentary, then McMillion$ is the right one for you. This six-part series certainly has its lows, but you’ll find yourself laughing once in a while, too. The players in this game are all characters, and they put on one hell of a show.

In the late ’90s and early 2000s, McDonald’s put together their very own Monopoly game where people could collect pieces for a chance to win free food, sports cars, or even cash prizes—up to a million dollars. Most people today know about the McDonald’s Monopoly game, but not everyone is aware of its sordid past.

McMillion$ starts with a nearly overlooked sticky note message and proceeds to an expansive investigation worth—you guessed it—millions of dollars. With plenty of footage and a dozen or so present-day interviews, you get the inside scoop on the entire affair—from both sides of aisle. 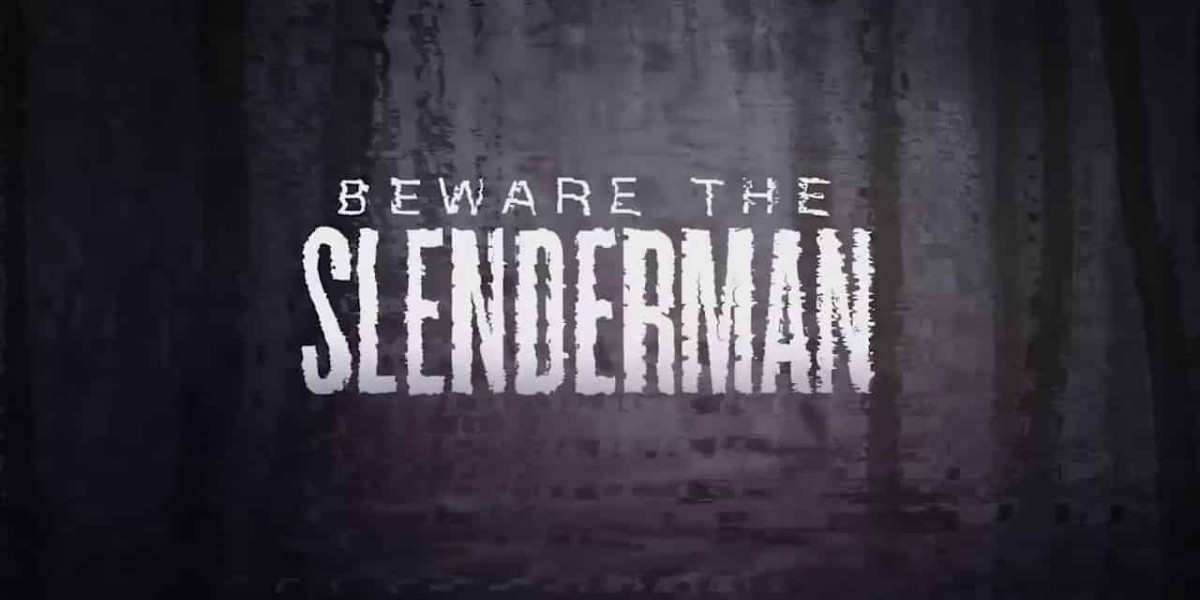 If you’re looking for something a little less time-consuming than a full series, then Beware the Slenderman might be a good choice for you. It is the length of a feature film (just under two hours), and you won’t have to keep coming back for several episodes to finish the job.

This documentary discusses the Slenderman stabbings in which two young girls attempted to murder their friend because they believed the fictional monster would’ve killed their families if they didn’t. It presents a look at internet culture, the virality of memes, and how horror stories can affect our perception of reality.

The documentary purposefully scares the viewer at times, but otherwise does a fair job of taking us through the event and the subsequent investigation. Mental heath issues play an important part in this story, adding to its complexity. The documentary ends before sentencing, however, so you’ll need to look up the outcome on your own.

‘The Jinx: The Life and Deaths of Robert Durst’ 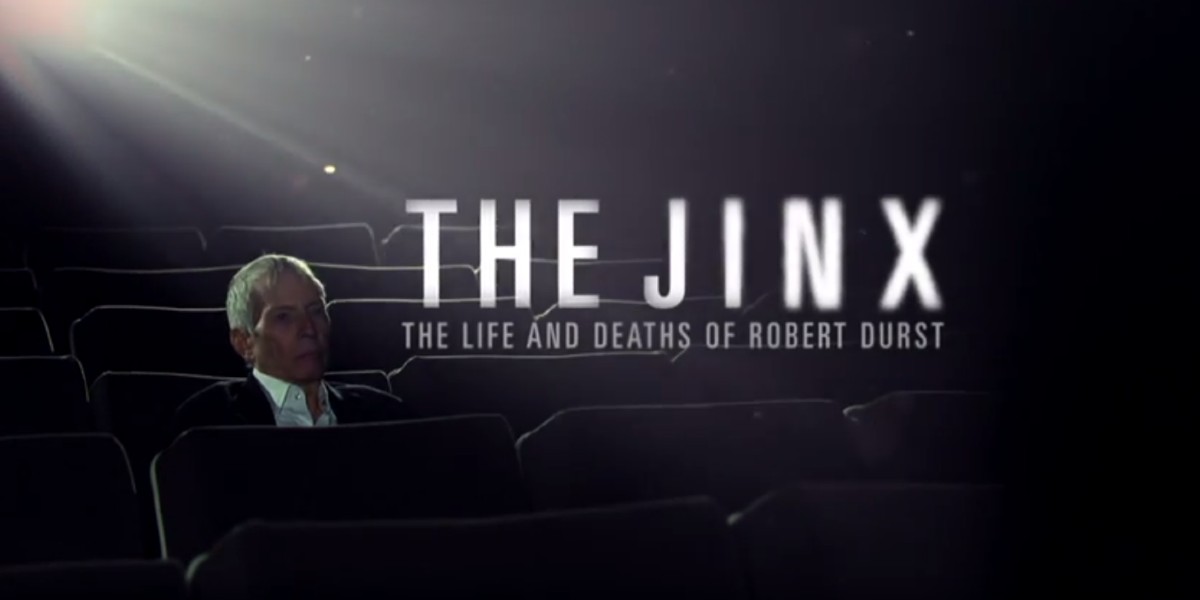 If you’re looking for one of the best true crime documentaries on HBO Max—or in general—then look no further. This was one of the most in-depth, interesting, shocking, and revealing documentaries I’ve ever seen, and it’ll stick with me for a long time to come.

It is peppered with physical evidence, archive footage, and current interviews, not least of which consist of Robert Durst himself. The six-part series explores Durst’s childhood, as well as his time working for his father’s business. Additionally, it details the three murders he’s been accused of, alongside a current interview with the man himself, explaining what happened in his own words.

The documentary is one of the most unbiased and least sensationalized I’ve seen because it shares stories from both sides—people who believe he committed these murders and people who don’t, as well as personal accounts from Durst. Every episode will pull you in deeper, but nothing compares to that climactic finale. 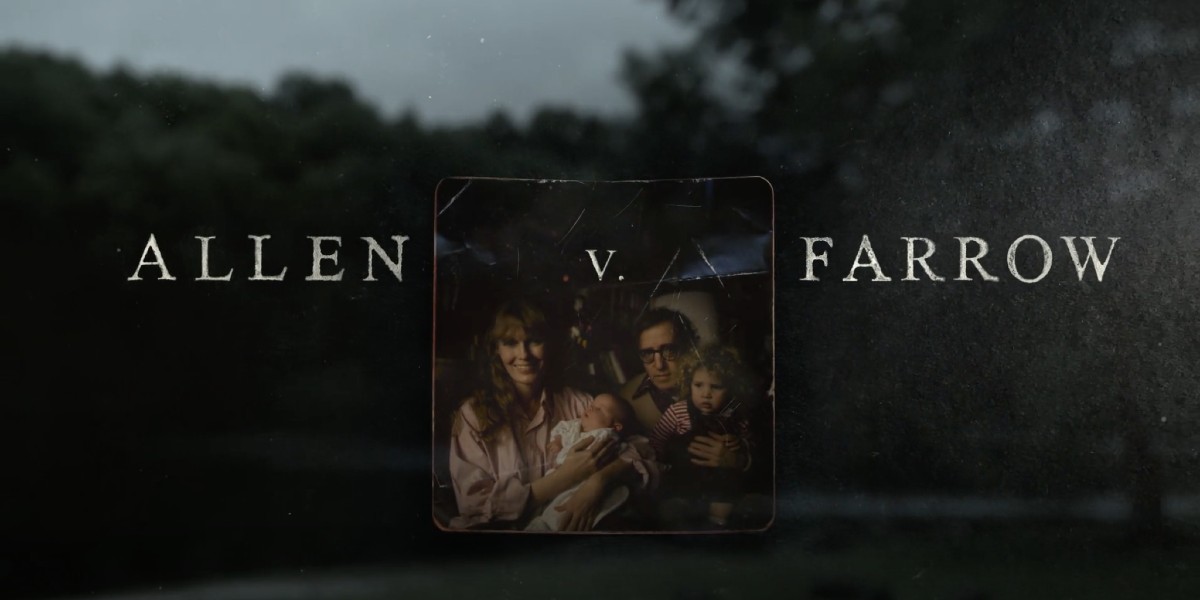 Out of all the true crime documentaries on HBO Max, this is one of the more difficult ones to watch. At this point, most people know Woody Allen has had allegations of sexual abuse lobbied at him, but not everyone knows the details.

Allen v. Farrow travels back in time to set the stage for the courtship between Mia Farrow and Woody Allen. For years, everything seemed normal, but once Dylan Farrow was brought into the family, that all changed. Allen was accused of being “too intense” with her, and that soon devolved into the allegations.

Considering this story has been well-known in and out of Hollywood for decades, and Allen has continued to work despite the allegations, the documentary works against misinformation by providing court documents, expert testimony, and audio and video interviews with those close to the family. Though it’s not easy to watch, it’s important to learn from this documentary, especially amidst the #MeToo movement. 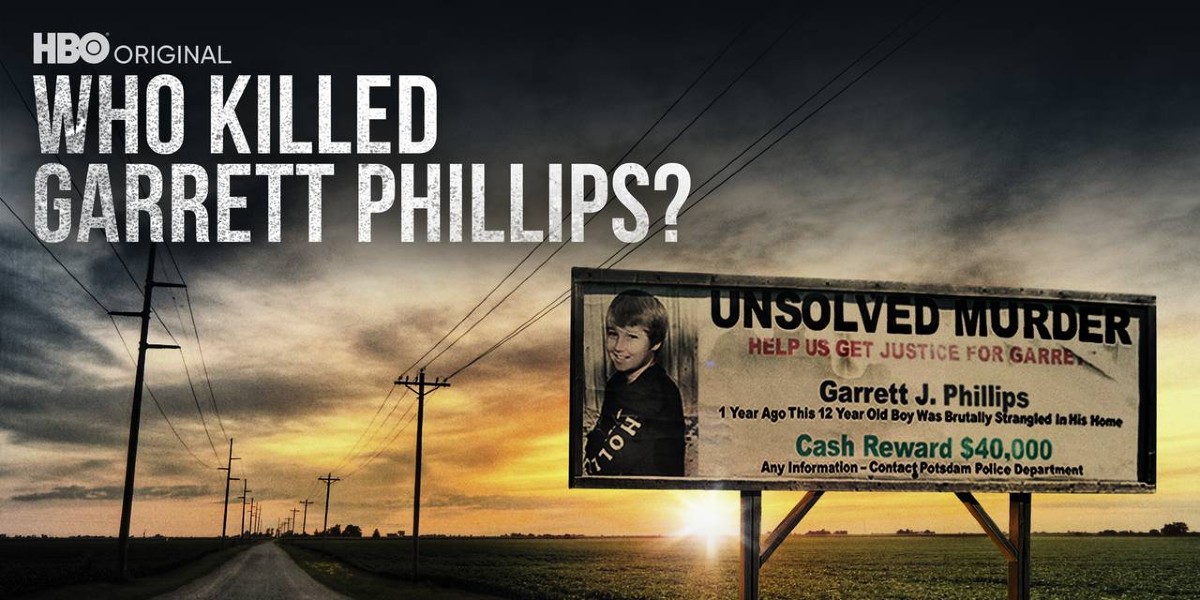 I’ll admit this one hits a little closer to home than the others—literally, considering I grew up not far from here and had this university on my shortlist. Taking place in Potsdam, New York, Who Killed Garrett Phillips? explore the death of a 12-year-old boy and the man charged with his murder.

In a two-part series, spanning about three hours, we learn of the circumstances of Garrett’s death, as well as the details of the subsequent investigation. As with all good documentaries, this one includes interviews with nearly everyone involved.

What’s compelling about this particular case is that the police were laser-focused on one suspect. Were they that certain they had their man, or was this another case of racial profiling and/or revenge? You find out whether or not Nick Hillary is convicted by the end, but that doesn’t mean everyone is satisfied with the outcome.

Which of these true crime documentaries on HBO Max are your favorites?

Looks like Zoey’s Extraordinary Playlist fans can look forward to one final chapter of the story.

The first trailer for The Baby-Sitters Club season 2 is here, and it hints at some big changes in store for the girls.

‘The Great British Baking Show’ to premiere in September on Netflix

Get ready to return to the baking tent— Netflix has just announced when you can expect to see The Great British Baking Show return with new episodes!

Our What If…? episode 5 review discusses every minute of the MCU’s take on the zombie apocalypse.

Get ready to see more of Abigail Spencer on Grey’s Anatomy season 18.

‘On My Block’ season 4 gets October premiere date on Netflix

Mark your calendars, On My Block fans— season 4 finally has a premiere date on Netflix!

Catch up with all of your Moordale favorites in the first trailer for Sex Education season 3!