There’s no denying the true crime genre is around to stay. As much as we might not want to admit it, we have a dark fascination with things that go bump in the night, and as disturbing at it is to relive these crimes, it’s just as satisfying to watch criminals get their comeuppance.

The true crime documentaries on Netflix are some of the best on any streaming service these days. Whether you want to study the most infamous serial killers to ever exist, do a deep dive into conspiracy theories, or learn about what makes a cult leader tick, Netflix has you covered.

There’s a little bit of everything on our list below, but you can’t go wrong with whichever one you choose first. Every single one is informative and offers a glimpse into a world that exists just below the surface of our own. 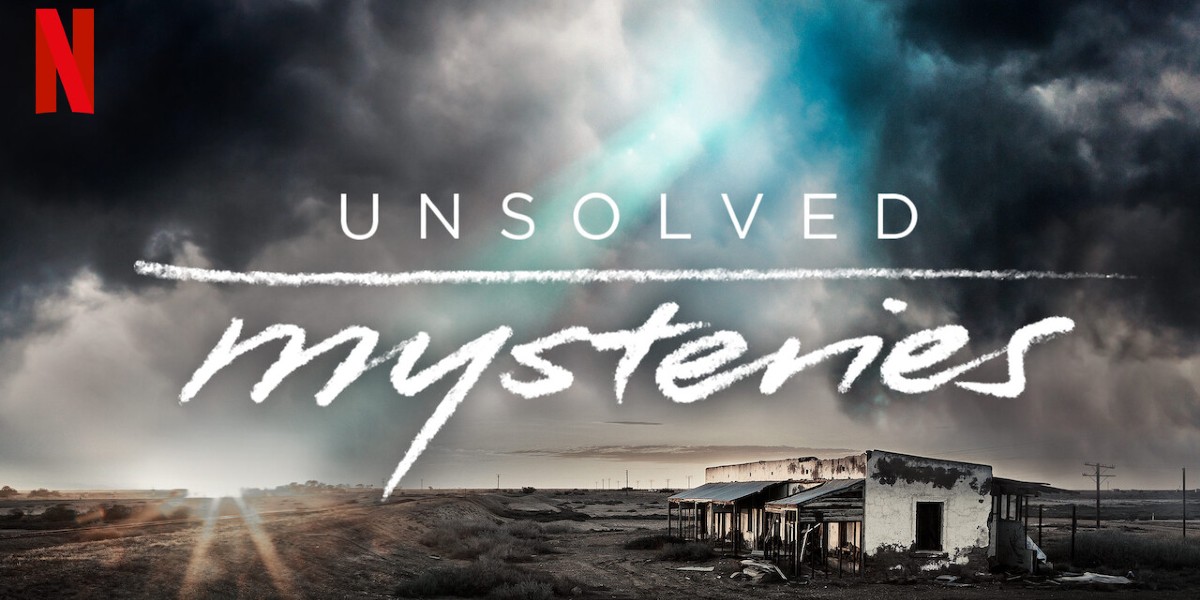 Netflix’s revival of the classic television show Unsolved Mysteries is perfect for anyone who loves trying to figure out who the murderer is before the movie is over. For those who struggle with open endings, you might want to pass on this one. It does get frustrating when every episode ends in a giant question mark!

There are currently two volumes of the series on Netflix, with six episodes each. The most interesting aspect of this series is that it brings greater awareness to these unsolved cases. In fact, you can still go to the official Unsolved Mysteries website to either submit a story or a credible tip. With enough people looking for answers, we might just find them. 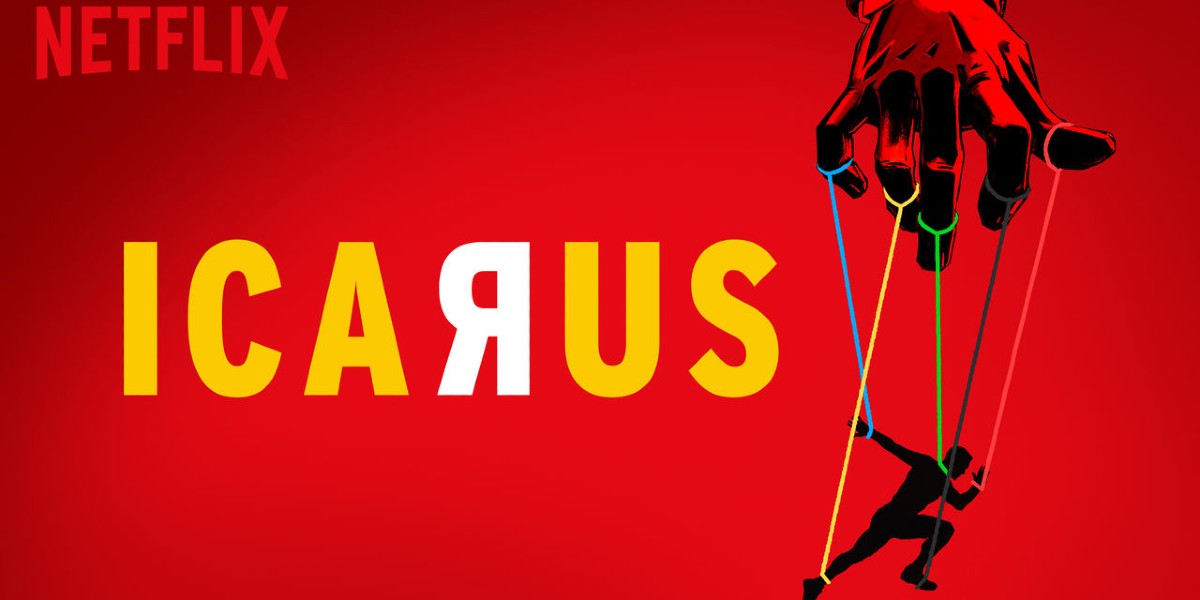 This is one of the most interesting true crime documentaries on Netflix, and it is no surprise Icarus won an Oscar because of it. The film begins when an American cyclist, Bryan Fogel, explores the world of doping to win an amateur cycling race.

What he doesn’t anticipate is uncovering an international doping scandal after enlisting the help of Grigory Rodchenkov, who leads the Russian anti-doping laboratory. Rodchenkov blew the whistle on Russia’s cheating in the 2014 Winter Olympics and fled the country, for fear of his life. Every chapter of this story gets more intense as you continue watching, and it’s a must-see documentary.

‘Crime Scene: The Vanishing at the Cecil Hotel’ 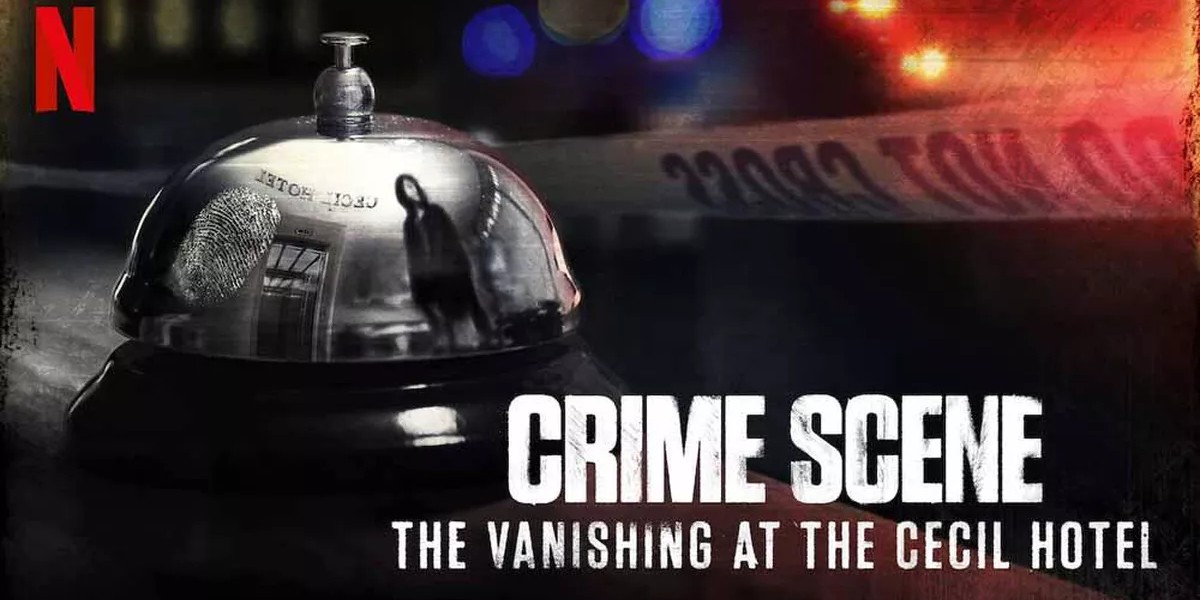 If you’ve ever been to Los Angeles, you might’ve heard about the Cecil Hotel, which has a mysterious and gruesome history. The Vanishing at the Cecil Hotel explores perhaps the biggest mystery to occur within its walls, which is the death of Elisa Lam.

Critics are right to point out that the four-episode documentary drags out the details of the mystery to follow tangentially related tales in order to build suspense. However, if you view the documentary in a broader sense, where the bigger question is why this hotel attracts so much disharmony, then it’s well worth watching. It also explores what happens after fingers are pointed at the wrong person. 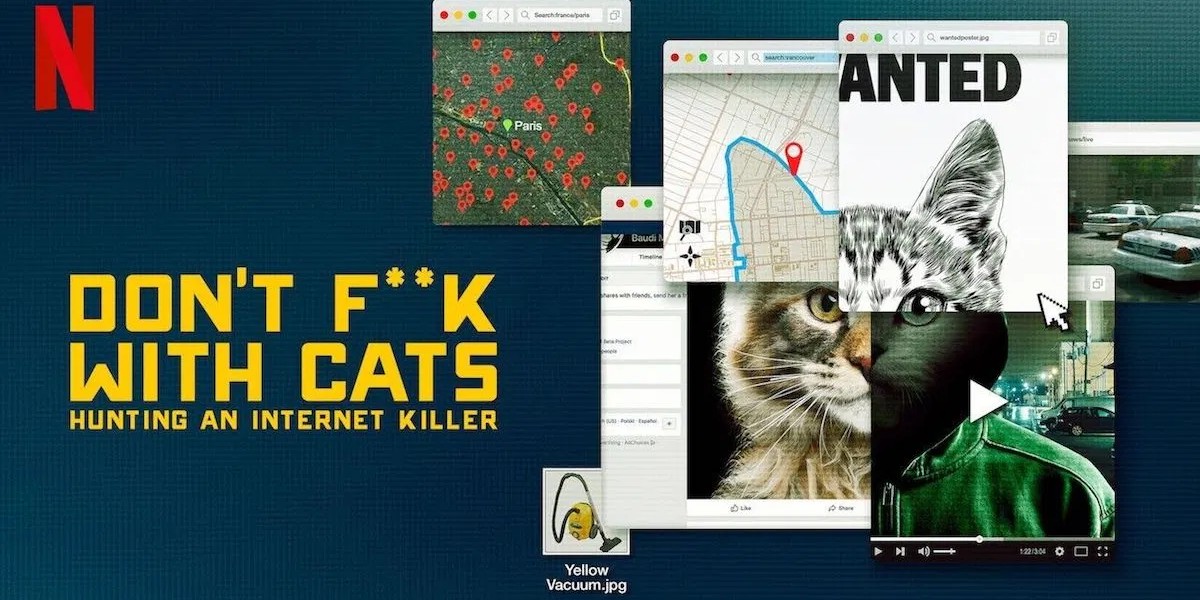 Warning: This documentary is not easy to watch. It starts off with a man killing a pair of kittens on video in a truly horrific way. We never see the full video, but we do hear it, and it’s enough to haunt you for the rest of your days.

Over the course of three episodes, we not only try to solve the mystery, but we also explore how ordinary people became investigators in their own right. This is one of the most intense true crime documentaries on Netflix, and it is as much about finding the culprit of this horrific crime as it is about all the twists and turns along the way. 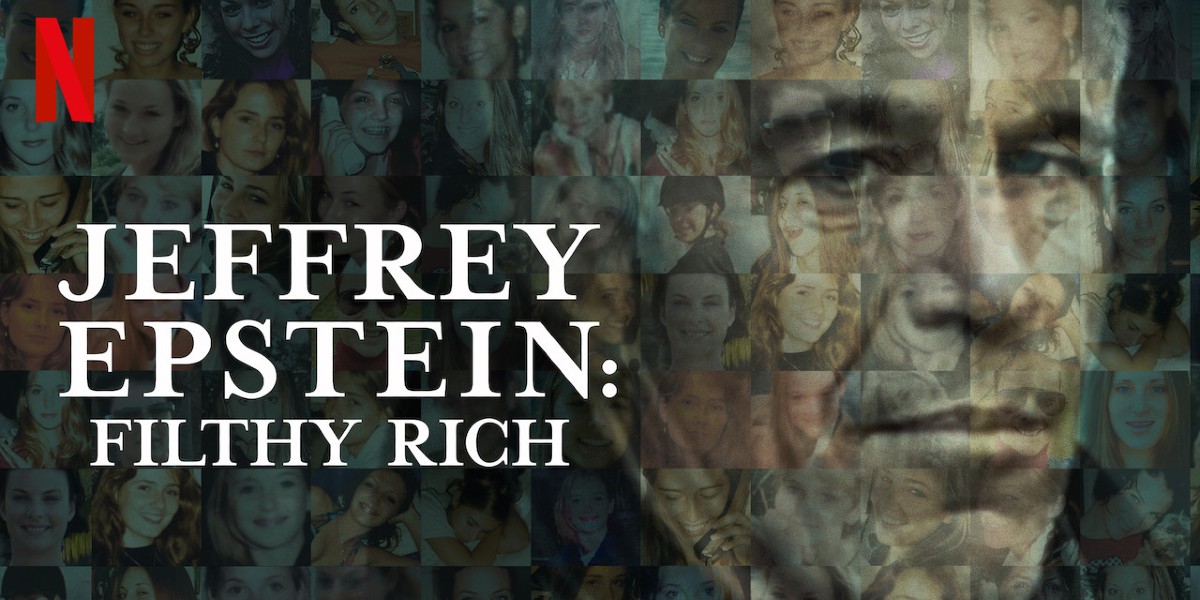 This four-episode documentary came less than a year after Epstein allegedly killed himself in his cell, and exposes how he ran a child sex trafficking ring for the rich and famous. It also shines a light on his longtime friend Ghislaine Maxwell, who played a vital role in helping Epstein abuse and manipulate his victims. She currently awaits trial for her crimes.

This is not an easy documentary to watch for obvious reasons, but it shines a light on the survivors of Epstein’s abuse, giving them a voice to speak out against the crimes he committed. This documentary also raises a lot of questions about who else partook in Epstein’s sex ring and whether they will ever face judgment for what they did. 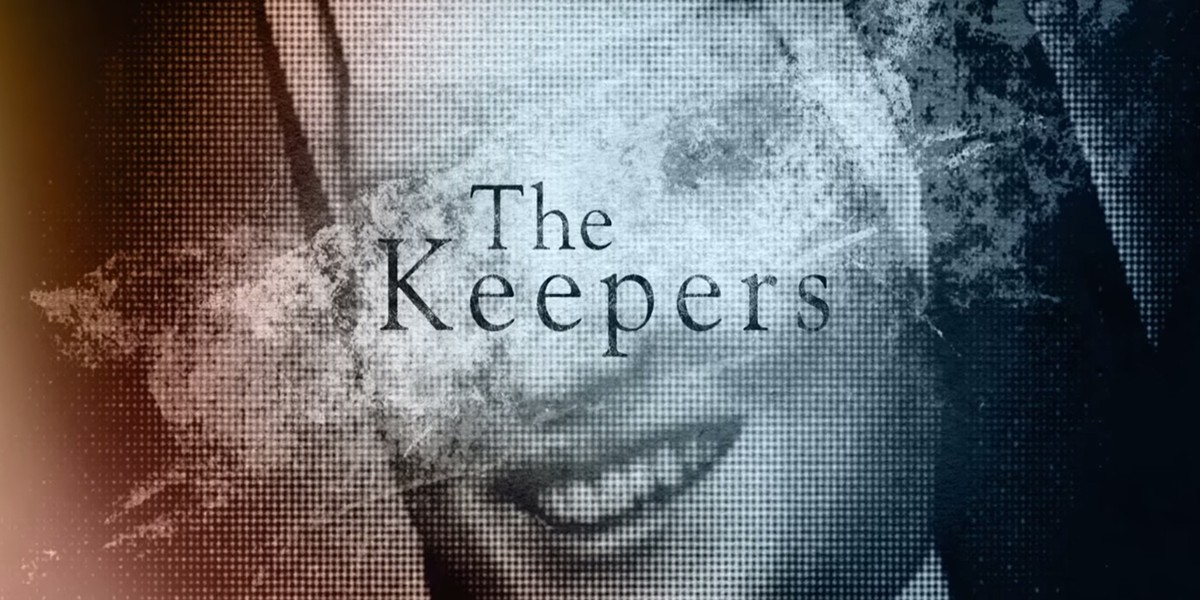 As another one of the fantastic true crime documentaries on Netflix, The Keepers asks more questions than it answers. Over the course of seven episodes, we follow two former students who have relentlessly tried to solve the cold case of Sister Catherine Cesnik, a Baltimore nun who was murdered in 1969.

Throughout the series, the students do their best to uncover evidence that has long disappeared. Worse yet, they’re working against a bigger enemy than they could’ve anticipated: the Catholic Church. Like the film Spotlight, this limited series works to expose what many people simply can’t fathom to be true. 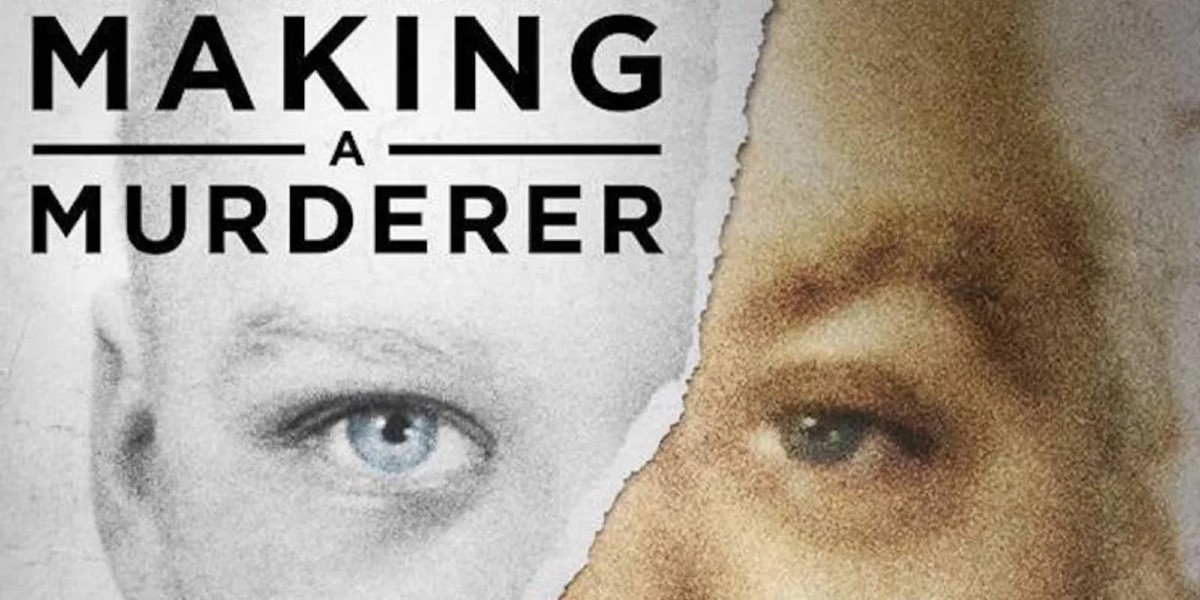 If you’ve never heard of any of the other documentaries on this list, you’ve probably heard of this one. Making a Murder made a huge splash when it first hit screens in 2015, and it’s one of the most acclaimed true crime documentaries on Netflix. It follows the story of Steven Avery, from his wrongful incarceration in 1985 for the sexual assault and attempted murder of Penny Beernsten to the murder trial of Teresa Halbach.

This series is particularly interesting because of the politics surrounding both cases, wherein it appears as though the local authorities have it out for the man in question. The documentary not only follows the life of Avery, from his imprisonment to his release, and the subsequent second conviction, but also depicts both the investigation and murder trial in great detail. It currently comes in two parts.

‘Night Stalker: The Hunt for a Serial Killer’ 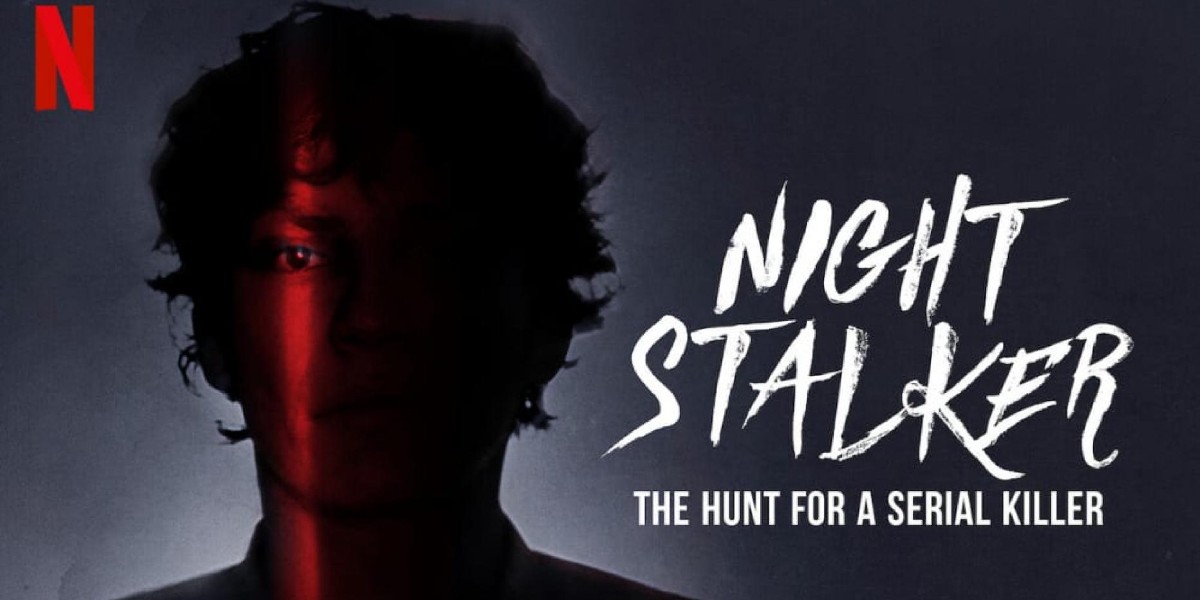 As one of the newest true crime documentaries on Netflix, Night Stalker is a solid four-episode depiction of the murders committed by Richard Ramirez and his subsequent capture. It details the atmosphere surrounding that period of time in which a serial rapist and murderer terrorized the people of California.

Of particular interest is the story of Gil Carrillo, one of the lead detectives on the case. We see the investigation through his eyes and learn how it affected him both personally and professionally. While somewhat sensationalized, it also allows survivors and everyone affected by one man’s actions to speak out and share their story. 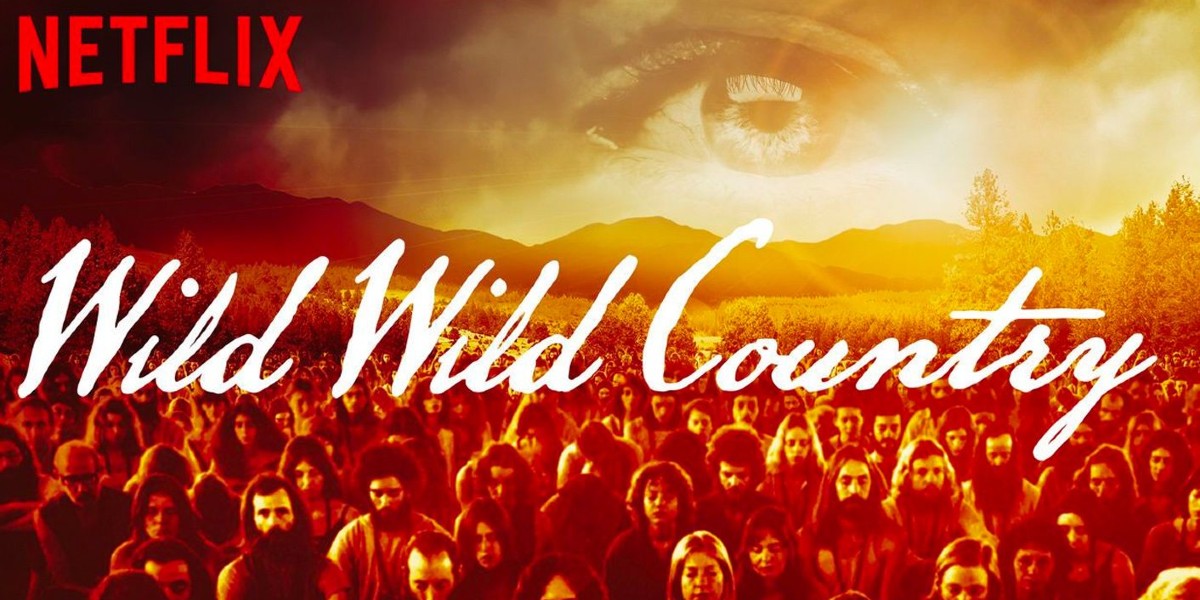 Out of all the true crime documentaries on Netflix, this one might be the wildest. It follows the life of a controversial Indian guru named Bhagwan Shree Rajneesh and his personal assistant Ma Anand Sheela, who built a community of followers, named the Rajneeshpuram, in the state of Oregon.

The series begins in 1968 and details how Rajneesh initially gained followers, and then explores his decision to move to the United States and build a commune. As his power grows, and strange occurrences happen, he gains the attention of the FBI. Several former members of the cult are interviewed throughout, and it’s interesting to see how they look back on that time. Netflix also has a sister series named Searching for Sheela, which follows Sheela’s return home to India after her prosecution. 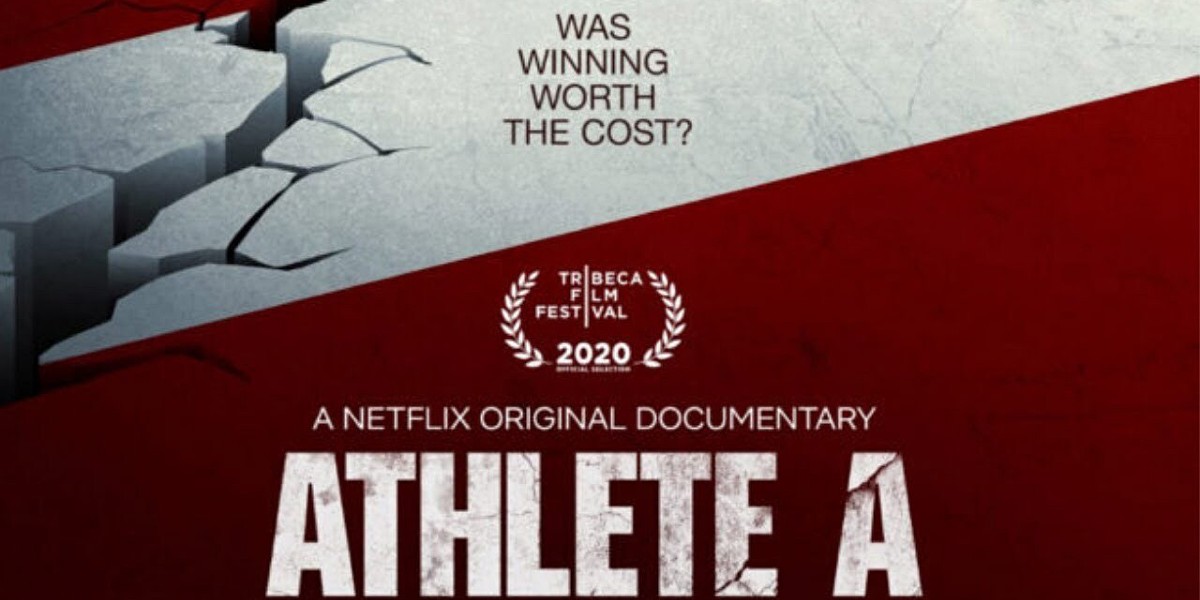 This documentary is particularly hard to watch, as it follows a team of journalists who broke the story on Doctor Larry Nassar, who sexually assaulted young female gymnasts, and the involvement of the United States Gymnastics CEO Steve Penny. The extent of one man’s abuse is horrific, as is the environment in which he was allowed to operate.

Though Athlete A will undoubtedly stir up extreme emotions of anger and sadness, it also shines the light on the survivors, giving them a voice the likes of which they’d never had. It showcases how difficult it was for some of them to come forward, and how satisfying it was to finally have their story told.

What are some of your favorite true crime documentaries on Netflix?

by Andrew Sims
by Kendra Cleary

Meghan Markle is teaming with Netflix for an all new animated series coming soon to the streamer.

The first trailer for Netflix’s Fear Street Part 3: 1666, and it teases an epic conclusion to the month-long trilogy event.

A new trailer for Outer Banks season 2 has dropped, and it offers up a fantastic look of what’s in store for all your favorite characters.

Our Loki finale review discusses what happens beyond the Void and how this could influence the rest of the MCU.