‘Westworld’ season 3 review: The real gods stake their claim in a new world

Westworld season 3 leaves behind the muddled timelines, but maintains its fascinating character arcs and lush worldbuilding in a season that essentially functions as a soft reboot.

Which means, if you were frustrated by season 2, this season should put Westworld back in your good graces — even if it doesn’t quite have the depth or ambition of season 1.

That was certainly the case for me, though my view of the season is likely to be colored by my experience with the show as well.

Though the series first premiered in 2016 to wide acclaim, I didn’t turn on my first episode of Westworld until about two weeks ago.

Once I did turn it on, I didn’t turn it off. I wound up binge watching both seasons in the span of three days. Westworld has shot up my list of all-time favorite shows, with season 1 being one of the best seasons of a TV show I’d ever seen.

And while I don’t think that the second season was on par with what the first season gave us, I still emerged from my viewing of it grateful that I wouldn’t have to wait long for the third season. I will admit, though, that my experience of binge watching season 2 rather than watching it unspool week-by-week most certainly colors my opinion of it.

Truth be told, had I watched the second season week-by-week, I probably would’ve given up in frustration halfway through it and then caught up with the season once it ended.

However, because I didn’t have to wait two years for season 2 and was able to watch it in two five-hour marathons, I simply didn’t give myself the time to dwell on what wasn’t working; instead, I let myself be carried along by the story’s twists and turns and found myself admiring the strong performances of the actors, even when I was frustrated by their character’s arcs.

I mention this to give a frame of reference for my state of mind coming into the third season.

Westworld didn’t need to prove anything to me with its third season the way I think it might have to for other more (understandably) jaded viewers. Instead, I entered into this season excited to see where the story would go and how it would change now that it had expanded outside the park.

And I’m happy to say that not only does the season — so far, at least — deliver for those of us who enjoyed the second season for what it was, it also course-corrects many of the aspects that frustrated viewers last season and reminds us all why we fell in love with this show in the first place. 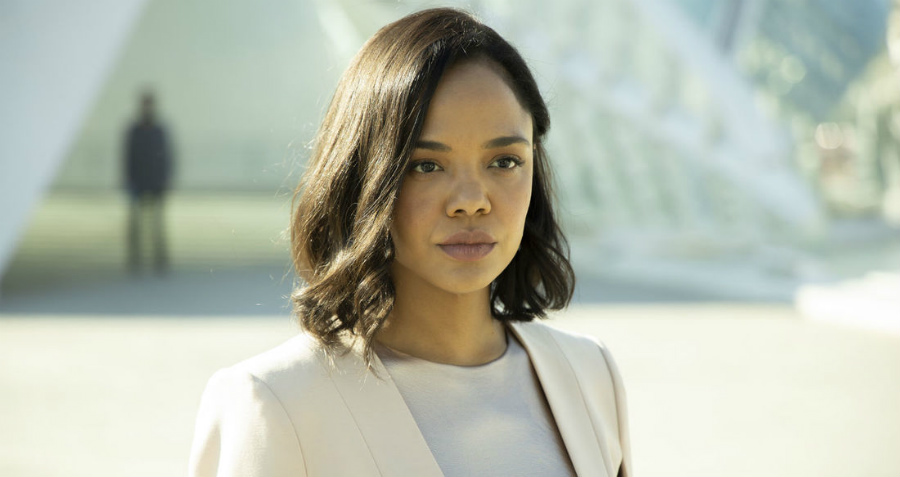 As with the previous seasons, the acting in this one remains top notch, as does the production value.

Jeffrey Wright, too, gets to sink his teeth in a more meaty role this time around. His memories are no longer unaddressed, meaning he no longer has to spend half his time holding his head, looking confused; rather, he becomes a prime mover in the story, affecting it deliberately rather than simply being affected by it. He also gets a great, and surprisingly fun — and sometimes even funny — buddy cop dynamic with Luke Hemsworth’s Stubbs.

Thandie Newton’s Maeve remains my favorite character and her performance remains consistently great in this season as it was in both the others, while Aaron Paul’s Caleb is an impressive addition to the cast who more than holds his own as both an actor an a character.

However, I have to say that my favorite performance in this season comes from Tessa Thompson as Charlotte. Her performance last season, though good, was rather one note — the ruthless and cunning CEO unafraid to make callous or even immoral decisions.

This season gives her a far meatier role as a host trapped in a body that she knows isn’t hers, playing a role for which she feels ill-prepared. Tessa Thompson is fantastic, able to switch her Charlotte from fear to uncertainty to vulnerability to ferocity with ease — and sometimes wrapping her character in all those competing emotions at once.

Westworld season 3 also introduces us to a new world that is as intricate, exciting and exotic as the Westworld park was. I’ll admit that I was worried that transporting the setting from the parks to the real world might mean that the show’s setting would become dreary or drab. However, that’s not the case at all, as it’s clear that just as much planning went into crafting a vision of the future as went into Westworld or The Raj or Shogunworld.

Jonathan Nolan and Lisa Joy’s vision of our future 40 or so years from now is as an impressive bit of worldbuilding as the Delos parks were, lush and detailed as you would expect from this show — to the point that I sometimes found myself stopping the show to marvel at the bits of architecture, technology and culture embedded throughout the episodes.

There’s one app in particular used by Aaron Paul’s character Caleb that I found both particularly delightful and wholly possible, so those of you who are geeked by future worldbuilding should find a lot to love in this season. 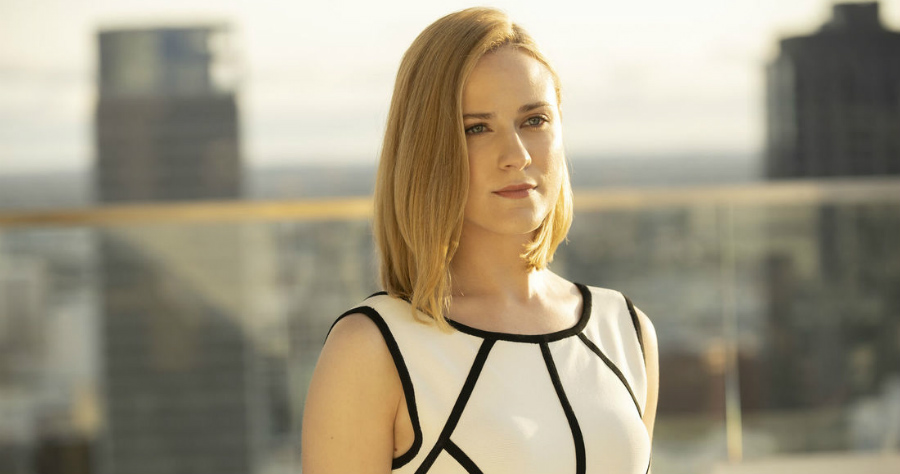 While Westworld once again delivers on the things which we’ve come to rely on — its performances and its production — it also shifts and steps up in terms of its storytelling.

In seasons 1 and 2, the hosts were pawns, privy to the wiles and whims of the park visitors and controlled by employees of Delos, who essentially functioned as gods to the mere ‘mortal’ hosts.

But then, hosts overthrew the gods, with some finding their way to heaven — The Valley Beyond — and many more resigned to hell, frozen in some storage unit deep beneath the earth or stuck in an inescapable loop.

The hosts waking to consciousness and overthrowing their gods is the end of one story, one that has been the focus of Westworld since the show first premiered.

However, the end of that story also birthed a new one. So while season 2 acted as a continuation of the story told in season 1, season 3 more or less functions as a true sequel — one that tells the story of what happens after the false gods are overthrown.

Telling this new story allows the show to grow in fascinating ways, while still also retaining the core of who it is and what it wants to say.

Westworld season 3, like the two season preceding it, is still focused on ideas of free will and selfhood, as well as the concept of algorithmic determinism — that is, the idea that the use of data not only predicts our actions, but determines what our actions will be.

These ideas are explored both by the hosts who are now free from the strings placed on them by their programming and the humans who live in a world that is guided — perhaps even controlled — by data, algorithms and AI. If seasons 1 and 2 were all about the acquisition of free will, then the prevailing idea of season 3 is what to do with that free will once we have it. 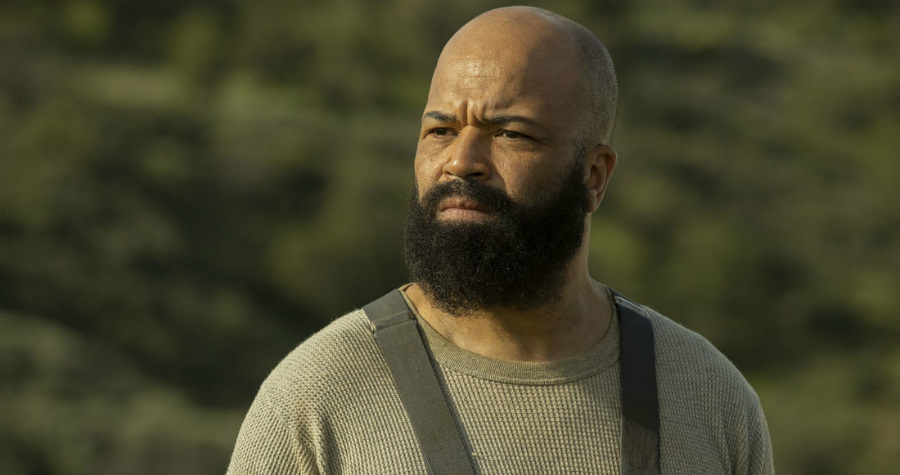 Shifting the setting of the show also brings the hosts to the real world and pits them against, and alongside, humanity at large as equals — or perhaps even as their betters — for the first time.

This allows for interesting new dynamics to emerge, such as the one between Dolores and Caleb, a blue-collar worker and U.S. Armed Forces veteran. Given the amount of money it takes to vacation in Westworld — I believe the number $40,000 a day is dropped at some point by Ben Barnes’ Logan — most of the hosts have only really ever interacted with the extremely wealthy.

Which means Caleb represents exactly the type of person that Dolores would never have cause to interact with within the park, and perhaps has never before interacted with. Dolores has only ever drawn bright lines between the hosts and humans, emphasizing the difference between the two even as she points out the cravenness between real world society and that which existed in Westworld.

However, with Caleb, she’s able to see the ways in which humans and hosts are similar, and how they both are victims to broader and bigger powers that don’t truly see them as real.

Despite this, Dolores still takes a rather dim view of humanity, something which informs her actions both preceding and throughout the course of the season.

The real gods are coming, Dolores says in the tailend of the season opener, and they’re very angry.

But the real gods are a pantheon, not a monolith, and this season sets up Dolores and Bernard in opposition to one another — just as Dolores predicted would be the case (and perhaps hinted would be necessary).

Much of the season’s narrative thrust centers on the machinations of these two characters and their beliefs about the human race, with Maeve dropping in with her own, more personal quest in the middle of it — one that could really end up working for either character.

The real gods may be coming, but how each of them feel and — more importantly — what they end up doing once they get here is still very much in the air. 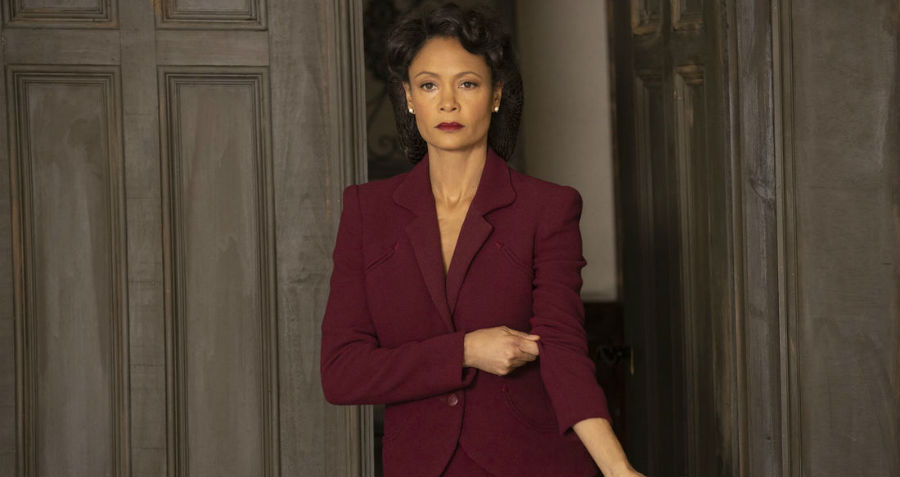 Critics were given the first four (of eight) episodes of season 3. Here are some screener secrets for you to look forward to in the upcoming first half of the season!