‘Westworld’ season 3, episode 6 review: Free to be the good guy

Westworld season 3, episode 6, pits Maeve and Charlotte against one another, sets William on the path to redemption, and gives us an explosive end.

After leaving them out of the narrative last week to push the plot forward, this week’s episode of Westworld drops back in time to catch us up with what’s going on with Maeve, William, and Charlotte.

It doesn’t move the main plot forward as much — in fact, I think we end up at about the same place in time as last week’s episode.

But what it lacks in forward plot movement, it more than makes up for in terms of character development and rich thematic exploration. Which means, I actually liked it quite a bit more than last week’s episode.

While I find Dolores an interesting character and am curious to learn the mystery of Caleb’s past and personhood, I’ve always been much more interested in Westworld ’s exploration of ideas regarding identity, humanity, and freewill than its mysteries or plot lines.

So while we don’t learn much more about Dolores’ master plan or even what her next steps might be, we do see Maeve, William and Charlotte evolve in new and fascinating ways — and further explore and question the nature of their reality. 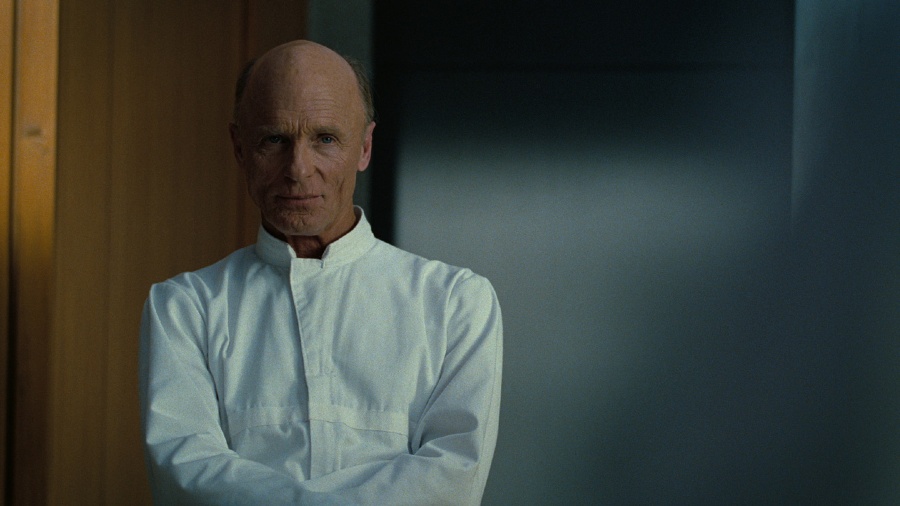 In “The Mother of Exiles,” William has an hallucination (…or not?) of his daughter Emily asking him if he was “willing and evil, or blameless and desperately enslaved.”

The answer, it turns out, is neither.

Instead, the conclusion that William comes up with at the end of this episode is this: “It doesn’t matter that I’ve been good or bad. Everything we’ve done has led to this, and I finally understand my purpose: I’m the good guy.”

William, in perfect synchronicity with what we know about his character, gives a big fuck you to the idea that he was always destined to be the bad guy.

Though his past selves have shown a predilection towards darkness and violence, William — in his extended augmented reality therapy session — (literally? figuratively?) kills those past versions and declares that he’s now free.

In his mind, the only way that he can assert his freewill on his increasingly muddled and violent world is to choose to be the good guy.

It’s a fascinating direction for the erstwhile Man in Black, who has, in the type of on-the-nose symbolism for which Westworld is so fond of, donned an all-white outfit these last two episodes we’ve seen him.

And though Ed Harris has spoken out in recent interviews about disliking the change (which I get — after all, it’s always more fun to play the bad guy), I personally am excited by it.

Not only is it a new direction for a character that the show has sometimes not known what to do with, it also posits the idea, of which I’ve always preferred, that goodness is a choice — one that we have to make day by day, moment by moment — rather than something that is innate within us.

And besides that, I always love a good (and well-executed!) redemption arc, and a show as bleak as Westworld could certainly do worse than attempt one. 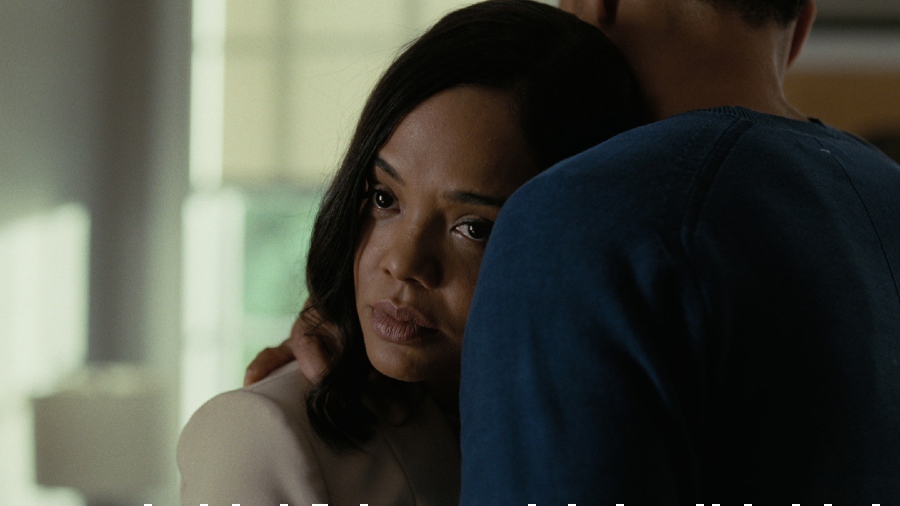 The ideas of freedom and freewill runs strong in this episode, emphasizing Westworld ’s running themes about the nature of freewill and the formation of identity.

Last week, we saw Bernard broach the idea of each of the Doloreses identities changing, branching out from their original code due to their different experiences.

We see that more fully this week with Charlotte, who has struggled the most with her new identity — and who has seemingly tackled that struggle by rewriting her code and her cornerstone to include her human family, specifically her son Nathan.

Caring for her human family comes into conflict with her host nature three times here, all of which will more than likely have far reaching consequences for the rest of this season and the next one as well.

When Charlotte reaches out to Dolores, she expresses concerns for her family, worried about the consequences of what Dolores is asking her to do in her move against Serac.

Dolores reminds her that they aren’t really her family, and though Charlotte immediately thanks Dolores for reminding her of that, her later actions show that she doesn’t truly believe it.

Charlotte’s love for her son not only brings her into conflict with Dolores, it outs her to Serac, who realizes that Charlotte is a host because the real Charlotte never would’ve cared about her son this much.

Yet even after all this — the conflict, the inconvenience, the deathly consequences — Charlotte’s priority is still her family’s safety.

After doing what Dolores asks — downloading the host data — and killing Hector by crushing his pearl — sob! — she rushes home and whisks her ex and son away, promising that she’ll keep them safe.

Only that’s a promise she can’t keep, as her car explodes unexpectedly, with only her burnt host body crawling away alive.

In this way, both Dolores and Serac get what they want: Dolores gets Charlotte free of attachment, and Serac eliminates what Charlotte cares about most.

But Charlotte isn’t the same as Dolores any more, and I doubt she’ll shed her attachments so easily. In fact, while this no doubt motivates her to want to kill Serac, there’s no indication that that’s what Dolores wants.

Which means, that while the show seems to be setting up a Maeve and Dolores showdown, there’s an increasing likelihood that there will be a Dolores and Charlotte showdown ahead of us as well. 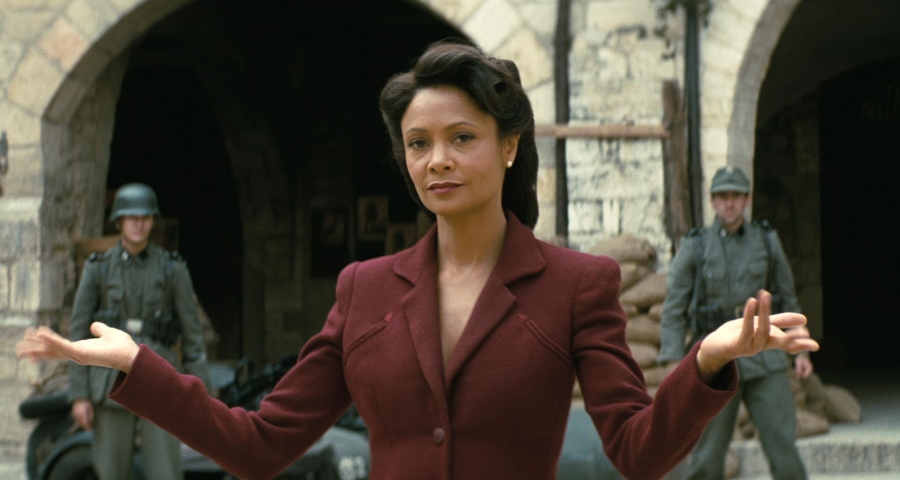 After leaving Maeve bleeding out on the floor two episodes ago, this episode of Westworld finally gives her what I’ve been wanting for her for the entire season — a team of her own.

After being bested by Dolores-in-Musashi, Maeve tells Serac that she needs a team of her own in order to take down Team Delorii.

Which means, we get to see another delightful reunion with her and Lee in Warworld — which apparently functions as a waiting room of sorts while the bodies of Maeve and her requested allies are being built — along with an even more delightful reunion between her and Hector, now with all his memories intact.

Serac also gives her quite a gift — the Dolores pearl that was previously inside the now destroyed Connells host.

Doing so gives viewers a scene as exciting as it is rare in this show (unfortunately) — a face to face confrontation between Dolores and Maeve.

Rather than offering any hope that these two might one day end up on the same side, their meeting instead further cements the fact that the two seem destined to forever be on separate paths.

Though both characters broke free of their programming, they have always been motivated in completely different ways.

Dolores began with an exterior of softness that belied a steely interior, and her aim has always been the survival of her kind at large — even at the expense of those closest to her.

Maeve, on the other hand, has a tough exterior that masks a hidden softness to her, with an aim that has always prized those closest to her — whomever they may be — above the survival of her kind at all costs.

While she isn’t exactly fond of humanity as a whole, she’s forged close and genuine ties with a few human individuals that makes her less prone to the idea of genocide.

And though I know Dolores is the main character, I’ve always liked Maeve more and continue to do so in this season. Maeve’s motivations can certainly be read as selfish, but if it is, it’s at least a selfishness that’s honest about itself.

Dolores’ motivations, on the other hand, are megalomania masquerading as altruism. I have no doubt she wants to save her kind — but save them only in her own way, following only her exact means and method.

I suspect that the freedom she’s offering to her kind is the same exact freedom that Serac has given to humanity — the kind that isn’t really freedom at all. 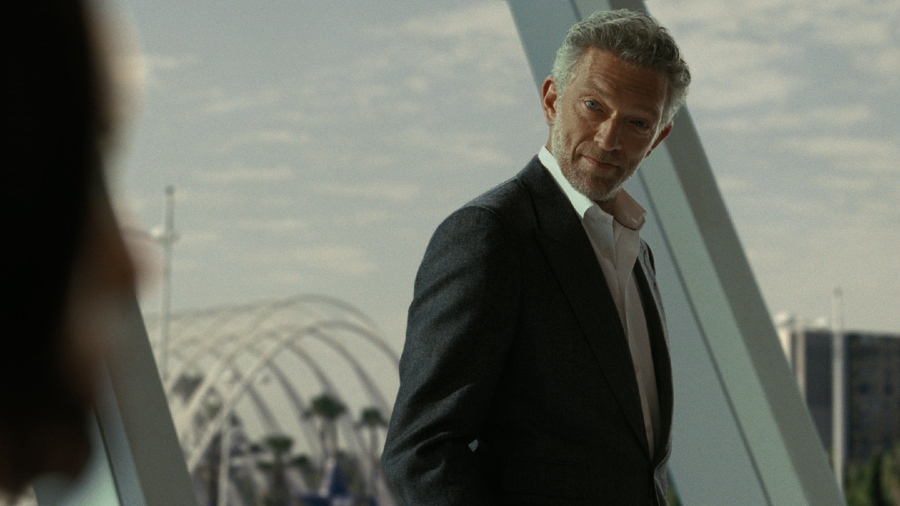 What did you think of ‘Westworld’ season 3, episode 6, ‘Decoherence’?