‘Warrior of the Wild’ book trailer asks, ‘How do you kill a god?’

Warrior of the Wild by Tricia Levenseller follows Rasmira on her journey of redemption, and we’ve got an exclusive look at the book trailer and an excerpt.

Rasmira needs to regain her honor after failing her coming-of-age trial, and the only way to do that is to complete an even more harrowing quest. Check out the cool Warrior of the Wild book trailer below:

And to learn even more about Warrior of the Wild, here’s the moment of truth when Rasmira’s father tasks her with an impossible expedition:

That’s the second time my father has addressed me this way. As though he is not Torlhon. As though I am not anyone or anything to him. It must be an act. It has to be. I kindle the hope inside me. He’s putting on show, trying not to express favoritism before he gives me my mattugr.

It would seem that everyone has come out to watch my banishment. Kol, Siegert, Havard, and Torrin push their way to the front of the crowd. They share a bag of myrkva seeds between them, cracking the shells with their teeth and spitting them to the ground, as though I were some sort of summer play about to start.

How is it so quiet? Even children don’t speak as everyone stands in a semicircle in front of me. There is nothing but the crack, crack, crack of those damn seeds.

I step forward, turning bright eyes to my father.

“Rasmira—” There’s a hitch in his speech, his voice breaking for the briefest of moments to show his emotion.

I make the mistake of glancing to his left, where my mother stands. She tries to hide the smile on her face, but I see it clearly. She couldn’t be more thrilled by the whole situation.

“Rasmira,” he tries again, “you are my daughter. I taught you myself. You’ve had the best training under Master Burkin. You may be a woman, but you are held to the same standard as everyone else your age. You have had many female ancestors who have passed their trials. There’s absolutely no reason why you shouldn’t have.

“You made a statement by entering that maze. You told everyone that you had the confidence to succeed. That you deserved to be a warrior.

“You lied. And as my daughter, you’re being appointed a special quest.”

My back straightens. This is it. He’s going to spare me. I’m going to be given a special quest, one actually capable of being accomplished.

“For centuries,” Father says, “we have lived as the hunting tribe. We are responsible for supplying the meat for Peruxolo as our yearly tribute. Our children starve as a result. Our hunters exhaust themselves. Our habitat spreads thin.”

He’s lost me. Am I supposed to get more food for the village? I can learn to hunt. If I can take out a ziken, how hard could it be to catch a valder?

“And so,” he continues, “for your mattugr, you are tasked with killing the god, Peruxolo.”

The official synopsis for Warrior of the Wild reads:

An eighteen-year-old chieftain’s daughter must find a way to kill her village’s oppressive deity if she ever wants to return home in Warrior of the Wild, the Viking-inspired YA standalone fantasy from Tricia Levenseller, author of Daughter of the Pirate King.

How do you kill a god?

As her father’s chosen heir, eighteen-year-old Rasmira has trained her whole life to become a warrior and lead her village. But when her coming-of-age trial is sabotaged and she fails the test, her father banishes her to the monster-filled wilderness with an impossible quest: To win back her honor, she must kill the oppressive god who claims tribute from the villages each year or die trying.

Warrior of the Wild by Tricia Levenseller hits store shelves on February 26, 2019. You can pre-order it on Amazon, Barnes & Noble, and IndieBound, or add it to your Goodreads list. 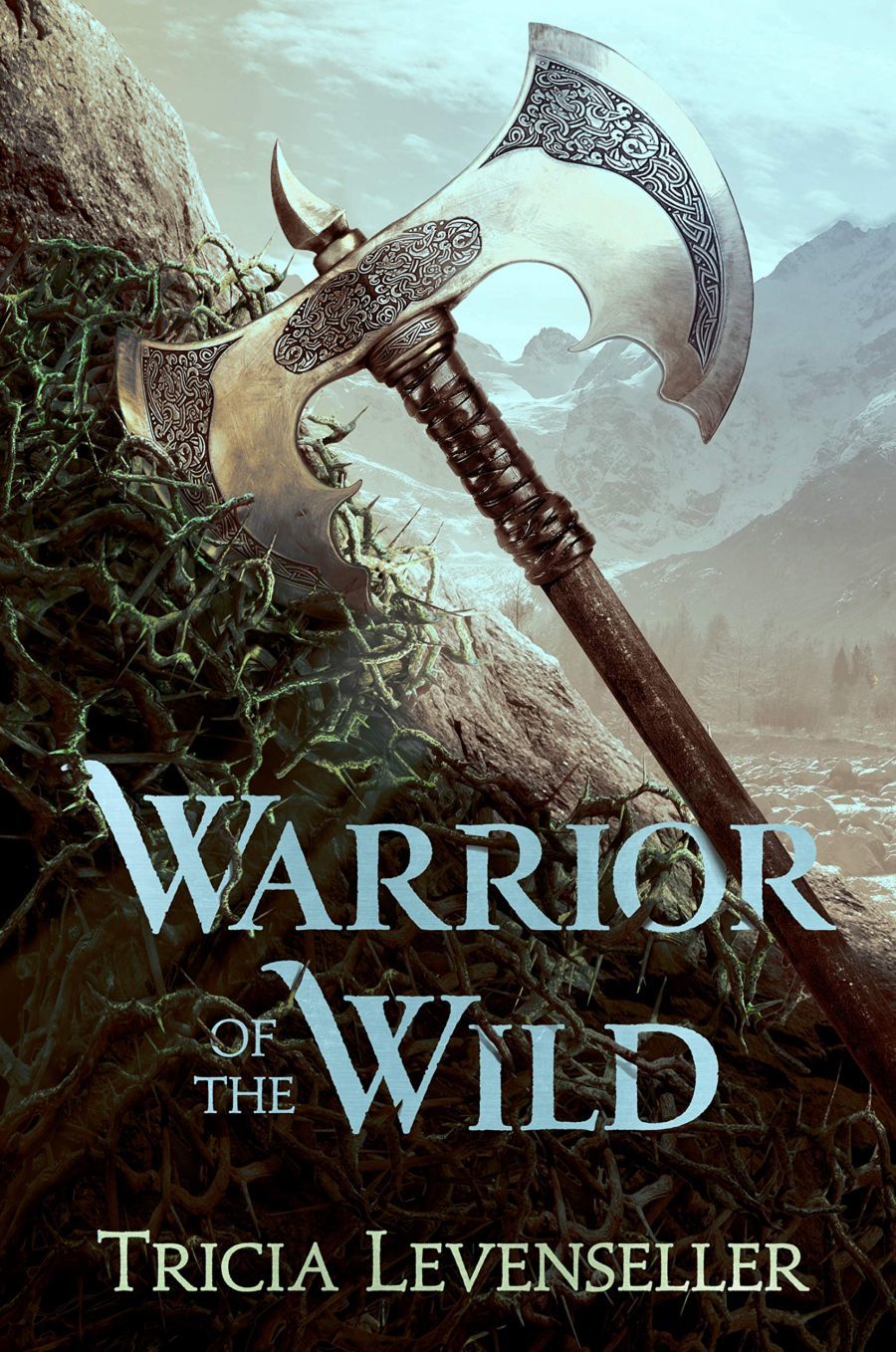