We use cookies to ensure that we give you the best experience on Hypable. If you continue to visit us, we will assume that you are happy with it.
10:51 am EDT, August 1, 2019

Universal Orlando has announced their fourth theme park, Epic Universe, and it goes beyond being just an attraction-filled park.

Epic Universe will sit on 750 acres of land a few miles south east of Universal Orlando Resort, which houses their three existing parks (Universal Studios, Islands of Adventure, and the recently opened Volcano Bay). An opening time frame was not announced today.

They also avoided sharing the franchises that will be a part of Epic Universe during their announcement on Thursday but said in a statement that it will feature “beloved stories.” Concept art shows a sprawling destination with at least three themed lands and a major roller coaster. Water elements run through the center of the property.

Universal is expected to place a Super Nintendo World land in Epic Universe (possibly center left in the artwork) — the land is already in development for Universal Studios Japan and Universal Studios Hollywood. A Harry Potter or Fantastic Beasts-themed land is also rumored (possibly what you see in the top left or top right of the concept art). 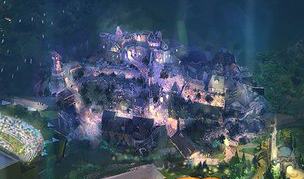 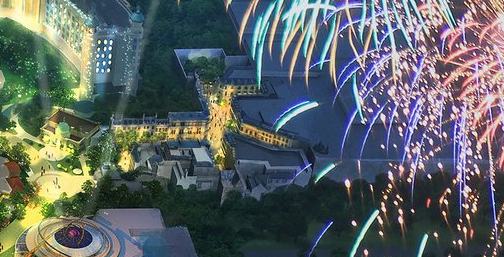 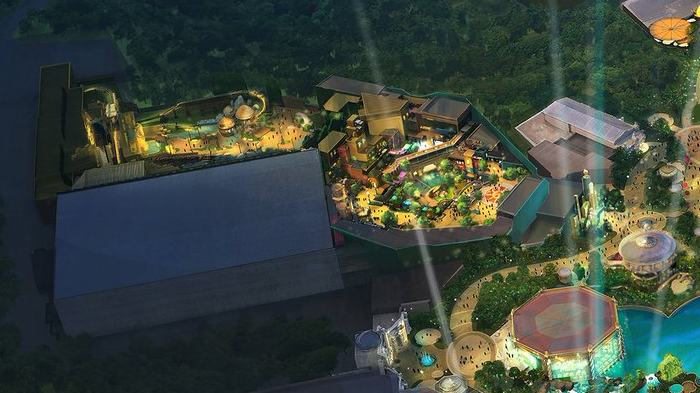 Notably, Epic Universe will be more than just a theme park: It’ll also hold hotels, shops, and restaurants, making it unnecessary to have to travel back to the rest of Universal Orlando Resort. As you can see from the map below, it’s going to be a bit of a drive between the two properties: 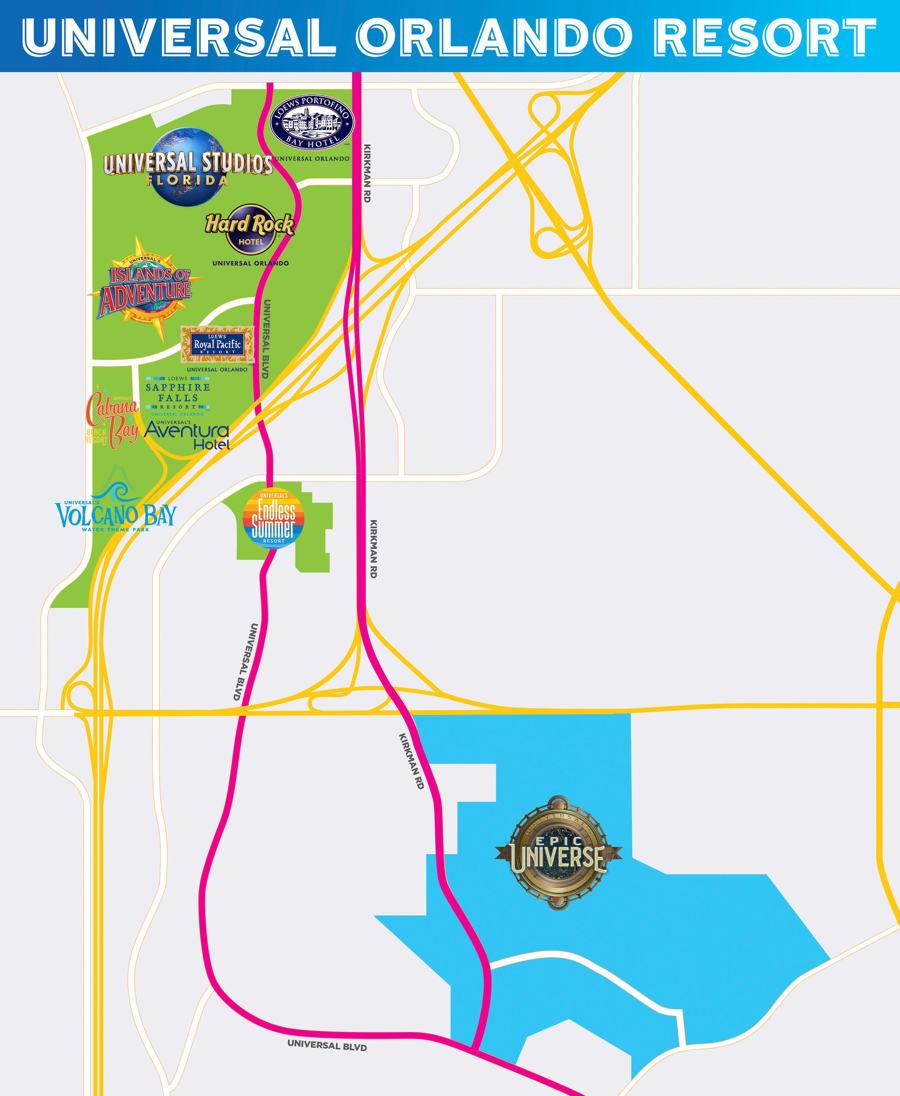 “Our vision for Epic Universe is historic,” said Tom Williams, chairman and CEO for Universal Parks and Resorts. “It will build on everything we have done and become the most immersive and innovative theme park we have ever created. It is an investment in our business, our industry, our team members and our community.”