The Magicians 4×04 went there. No bullshit, no kidding, no limits. It just went for it. But then, when you name an episode “ Fuck, Kill”, you’re warning your audience things are about to get real.

It’s time to issue an official warning: mess with Margo Hanson at your peril. The High King of Fillory has zero patience for anyone trying to get in the way of her saving Eliot and she’s willing to put her life on the line to save her friends.

Once again, the episode summary is basically “A LOT HAPPENED.” The Magicians 4×04 is chock full of stuff. Josh has werewolf issues. Quentin has anger and parental issues. Eliot has monster issues. Alice has sexual predator and story issues. Penny has Julia issues and, well, Julia’s got goddess issues.

The fact that everyone on The Magicians can fit issues of this magnitude into hour-long episodes will never cease to amaze me. The fact that The Magicians season 4, episode 4 also includes a handy-dandy primer on sex, consent, and STDs is a bonus!

Poor Josh. He got The Lyclap from his cryptozoology professor (that’s ironic) without warning (does a condom help with that? I have questions) and he’s left with a lifelong STD that makes him a werewolf. There are all sorts of allegories here and I could write a lot about it, but suffice it to say The Magicians handled it with its usual blend of drama, humor, and allegorical truth. The deeper meanings are there if you look.

It took a while for the series to give us this deep a look at Josh and that’s not a bad thing. It gave us time to really get to know him and like him. It’s interesting how that parallels Margo’s take on him. She’s dismissed him in many ways but The Quickening has put both of them into a situation where they have to trust one another and work together pretty immediately.

The fact that he’s willing to lock himself in a cage and face killing himself rather than hurt anyone is a great look at who he really is. He could pass the lycanthropy along. But he won’t because he doesn’t want to hurt anyone.

That’s a pretty honorable and human thing to do. You have to appreciate it. 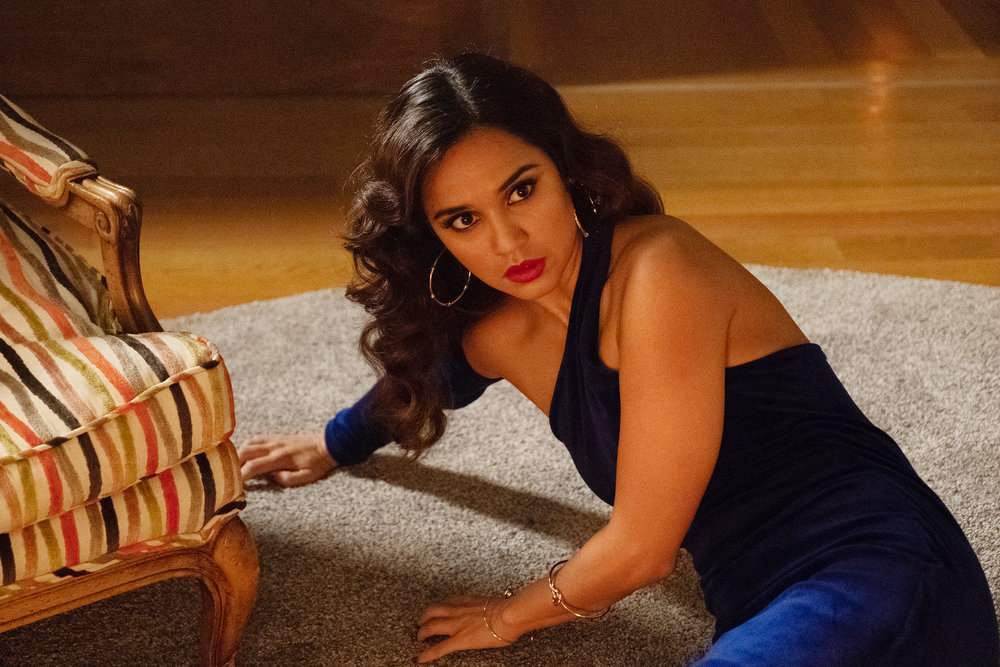 What do I even say? Margo has leveled up beyond anything I ever expected. Once upon a time, Margo Hanson was the kind of girl who didn’t care about anything beyond her next party and whatever fun she could have in the moment. Now she’s out there taking hit after hit for the team because she refuses to let any of the people she cares about die on her watch. Even if it means risking her own life. Margo’s so over life happening TO her that she’s basically forcing life to bend to her will.

I don’t doubt she had a number of reasons for stepping into that cage with Josh. Her reaction to his “This is casual, right?” question is telling, too. I’ll be really interested to see how things between these two pan out in the following episodes.

I also loved her comment that “P in the V sex” isn’t even in her top 10 of sexual acts. That’s The Magicians for you. Dropping in little reminders that there’s a great big sexual world out there.

But we also learn that Margo is on the edge of giving up when it comes to Eliot. Maybe her saving Josh is part of that. She’s not going to lose anyone without a fight.

You’d think Alice would get a little break after giving up the chance to escape the Library, but she gets dropped right into another mess as she’s nabbed by none other than Christopher Plover and taken to his little hidey-hole in the Library (I hope we find out how he ended up there). Alice, facing the author of the Fillory and Further series who turned out to be an abuser, is ready to get the hell out of Dodge pretty much right away, but Plover offers her a chance to escape. If she’ll help him. Talk about making a deal with the Devil.

But it’s also a great time to delve deeper into Alice’s thoughts on everything she’s done and the overall concept of redemption. She’s clear Plover is a monster and he’s hoping she’ll see her mistakes as a way of gaining her forgiveness. I don’t think he realizes how much Alice hates herself right now.

“You think that what you’ve done and who you are are the same thing. When they don’t match up, you hate yourself”.

I also think Plover’s manipulating her and that never ends up going well for anyone.

Of course, Quentin’s life hangs in the balance, and we know Alice isn’t about to let that happen, so what won’t she do to save him?

Some stories can't be rewritten 📖#TheMagicians is all-new, Wednesday at 9/8c on @SYFY. pic.twitter.com/OJ3NB8cH39 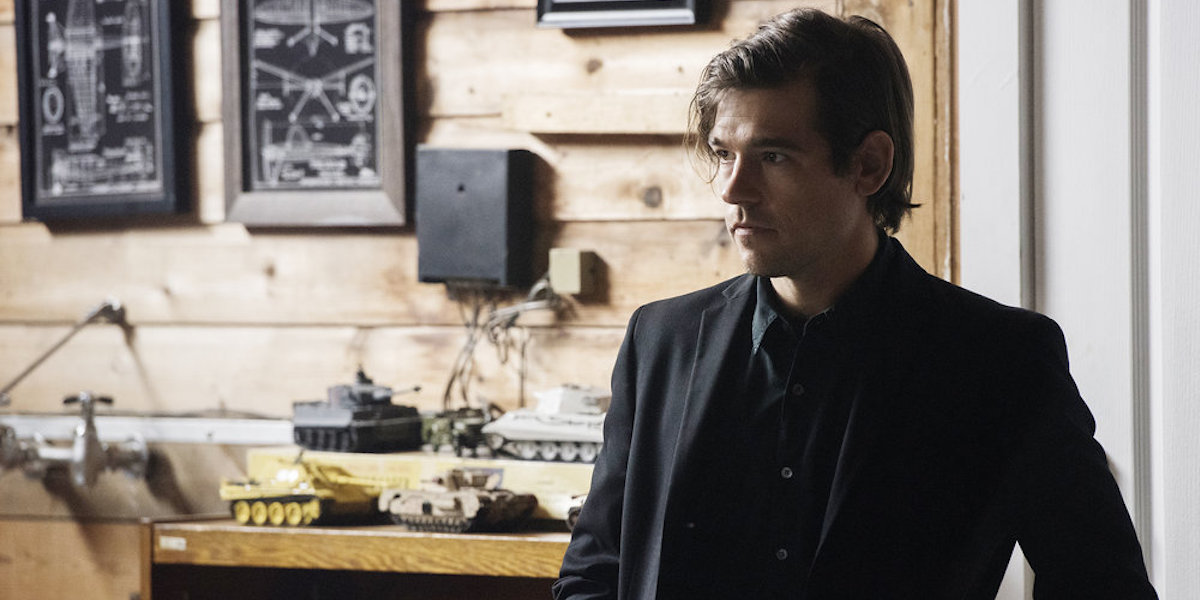 Poor Quentin. Seriously. It’s been one thing after another for him and now he has to deal with his father’s death, his mother’s anger, and the grief process while also babysitting a literal monster who, frighteningly, makes sense once in a while.

Trying to keep Monster Eliot entertained is hard work. But he also makes some interesting points. Breaking the planes does feel good. Letting go of guilt does feel good.

“Why does your mother have such strange power over you?” Monster Eliot with the question every therapist should be asking.

But there’s a bigger point to Quentin’s mom’s fear that he breaks things. Because it turns out, Quentin worries about that, too. “Sometimes I think she’s right. Things break around me”.

I wish I had the magic to make Quentin happy.

Guess you could say love is in the air this #ValentinesDay 😍

Julia and Penny: The Worshipping

How weird is it to have someone in your life who looks like, acts like, and basically is someone you considered a total asshole show up in your life in love with you?

One thing about Penny. He doesn’t do anything by halves. If he feels something, he feels it all out no matter what timeline he’s from.

In this case, Penny 23 has lost all of his friends and was in love with Julia. Julia’s dead in his timeline but very much alive here. Which means Penny isn’t going to let anything happen to her again.

But Julia’s not in the mood to be coddled or managed.

“Y’know I’m not broken, right? I’m not some flower or a delicate piece of glass? I’m a person. And people heal.”

The dynamic here is shifted even more with Penny being uncomfortable with all of this and Julia reminding him that this isn’t about him. And, once again, we have Julia being the matter of fact one.

If you’ve read American Gods, you know one rule of being a deity: every god or goddess needs a worshipper to believe in them. In this case, Julia has Penny 23.

Oh, and Shoshanna. The maenad without a god has found herself a new goddess and something tells me that’s going to be a super interesting development. (I also loved her Goddess Divining Spell).

The biggest reveal in this episode, however, came right at the end. The Monster has told Quentin that Eliot is dead but we know better.

Of course, that doesn’t tell us where he is. But a sneak peek at next week’s episode will give you a hint.

What did you think of ‘The Magicians’ season 4, episode 4?