‘The Kingdom’ asks: What if Disney World Princesses revolted against the park?

What if you were a robot princess, designed for the consumption of the masses? The Kingdom is a Westworld that hits a little closer to home.

Dystopian futures are commonplace in sci-fi, but nothing is as creepy and intriguing as seeing that future through a point of view that doesn’t quite understand it: a point of view like that of artificial intelligence who’s been told that the world is perfect… and that everyone lives happily ever after.

Jess Rothenberg crafts a clever YA mystery sci-fi with The Kingdom, which will honestly feel very familiar if you’re a Westworld fan… but it has a twist.

Ana is a Fantasist — a hyper-realistic robot Princess at a fantasy theme park that is very reminiscent of theme parks you probably know. Along with other robot princesses, she exists to make families happy, to give them a distraction from the terrible world she’s been told exists on the outside of the park, and to be grateful for the existence she’s been given, above anything else.

But as her sister Fantasists start to behave strangely, and Ana begins to doubt her own memories (and the extents to which she should go to make humans happy), the beautiful world she lives in starts to take a dark turn. Everything is intensified when Ana meets Owen, a human maintenance worker at the park who begins to make her feel things she never knew she could feel… and culminate in a murder investigation.

The novel combines a narrative in Ana’s point of view with excerpts from trial transcripts, descriptions of video footage, and copy from merchandise sold by the park. This combination paints a very interesting, thorough picture that would not have been possible if the reader were confined to Ana’s very narrow perspective of things. Rothenberg asks a lot of interesting moral questions through the trial, making these small glimpses at the world outside almost feel like the real story, which further deepens with Ana’s point of view. 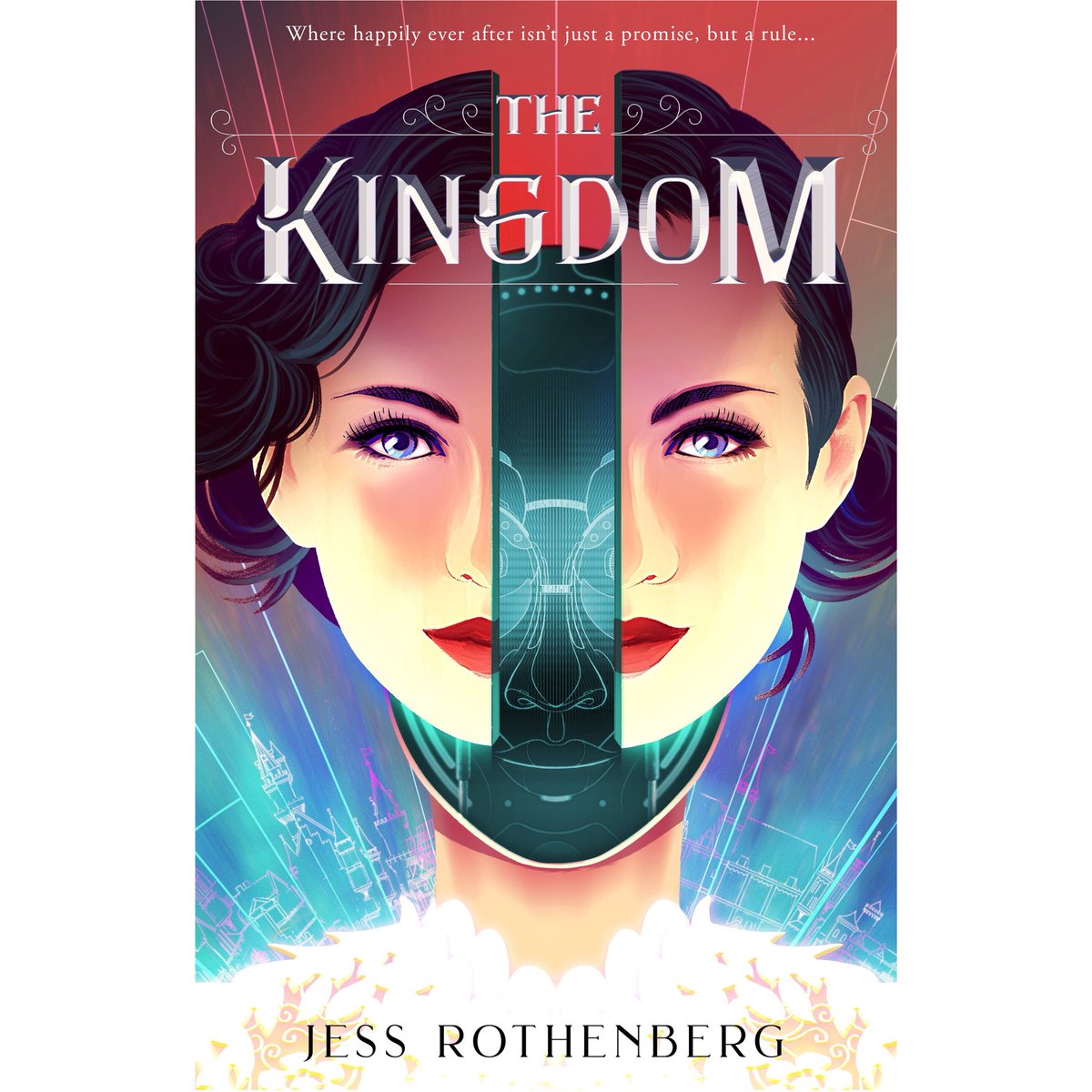 Rothenberg does a great job crafting a main character whose perception of things is deeply affected by programming, memory-wipes, and years of brainwashing. She creates a fascinating picture of artificial intelligence’s evolution toward humanity, through a different kind of unreliable narrator who keeps the mystery a secret until the very end.

As a fan of Westworld, I think readers who haven’t watched the HBO show would probably find more surprises in the book. It’s clear in many spots that Rothenberg is referencing Westworld, particularly with the use of a specific quote which will instantly catch fans’ eyes. There are parts where The Kingdom seems keener on delivering powerful one-liners than showing instead of telling, which sometimes makes it feel a little too teen-oriented where it could easily go deeper.

But that’s not to say that The Kingdom doesn’t deliver a powerful punch on its own merit. Rothenberg makes great use of the family-friendly setting of a theme park to create truly disturbing scenes, playing on what already exists in the Princess industry out there, and crafts a truly intriguing mystery with twists I really didn’t expect at all.

While this is definitely a less explicit version of the trope, it’s certainly not a book for children: there are very disturbing and even gory scenes, with hints at much worse, which almost makes me wish the cover illustration weren’t so colorful. The book is much darker than you would expect from the cover!

The Kingdom sets things up wonderfully for a book series, which has potential to be even more exciting than this first book was. Rothenberg masterfully widens the scope of the story as it goes on, leaving readers fully immersed in the journey to find out what really happened, and hungry to discover more.

Overall, if you’re a cynical Disney World fan, or just enjoy a less traditional approach at A.I. moral explorations, The Kingdom asks some great questions through excellent characters, and creates a world that’s eerily believable… and possibly a little too familiar.

The Kingdom is available for pre-order on Amazon, Barnes & Noble, and your local independent bookstore. Also, don’t forget to add it to your Goodreads “to read” list!