‘The Invisible Man’ movie review: What you see is definitely not what you get

The most remarkable thing about The Invisible Man is how essential Elizabeth Moss is to making every beat work.

So, I am not a fan of horror movies. Thrillers, on the other hand, are so unbelievably up my alley it’s crazy. I’m an anticipation junkie, one of those people who sometimes finds reality a let down because waiting and expecting and hoping are sometimes more fun than the thing itself. Thank goodness The Invisible Man delivers all the anticipatory goodness my addict self could want.

The Invisible Man tells the story of Cecelia Kass, a woman who fell for the wrong man, and after enduring his controlling, sociopathic ways, tries to escape his grasp only to find herself within arm’s reach time and time again. Because when your stalker is invisible, it’s impossible to know just how far away he is at any given moment.

There simply are not words to express how incredible Elizabeth Moss is in this role. She handles the complex emotional battlefield that Cecelia experiences throughout this film’s running time with a practiced hand. Over the years, I’ve seen her take on battered woman after battered woman, choosing to bring to life some of the most brutally tortured characters, but they always have fight in them, and Cecelia is the pinnacle of that idea.

Cecelia Kass is nothing but fight. I love that The Invisible Man picks up just as she’s leaving Adrian in the middle of the night. We don’t need to see his abuse to believe this woman. Anyone who would go to the lengths she does to escape his grasp, anyone who is terrified to even get the mail on her own for fear of being found, anyone who goes to the lengths she does to have her own life on her own terms is easily believed. 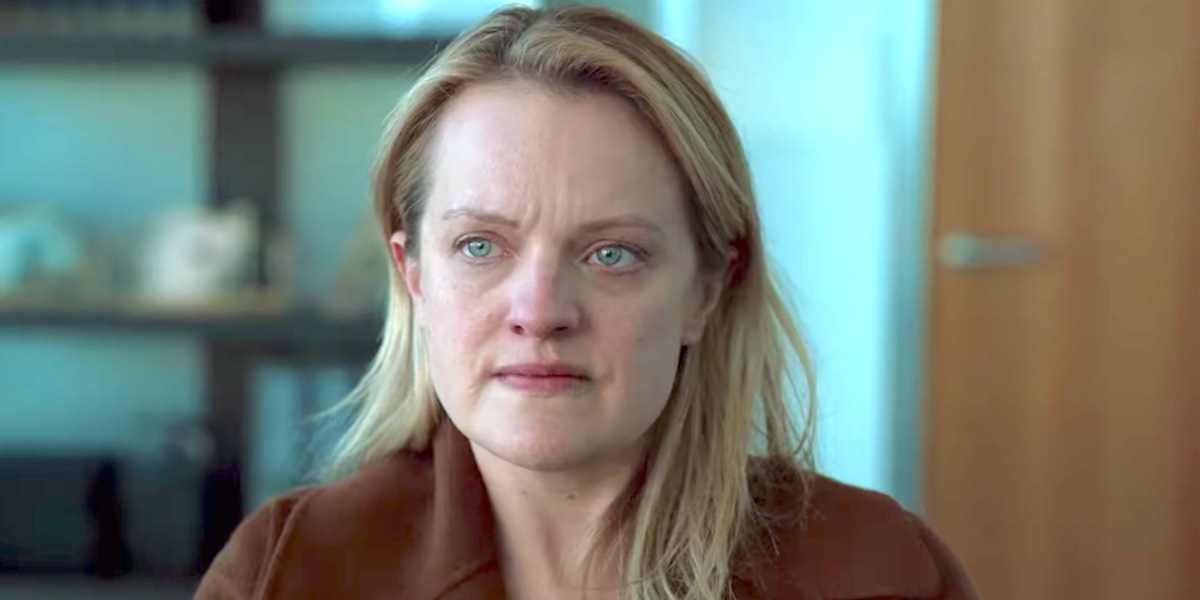 And this movie believes Cecelia Kass in that respect. None of her loved ones question her about the abuse. They may question her sanity later, when all the evidence Adrian planned and stacked against her screams to anyone with an amateur eye that she’s lost her mind, but no one ever questions her account of the psychological, physical, and emotional abuse she suffered at the hands of Adrian Griffin.

I don’t blame Cecelia’s friends and family for questioning her sanity when Adrian begins to stalk her. All evidence points to the man being dead. There’s no reason to believe that a man who appears to have committed suicide could possibly still be alive, well, and invisible. But Cecelia never doubts her own mind. She can feel Adrian’s presence more acutely than anyone, no doubt due to the years of abuse. No doubt she spent every minute of every day of their lives aware of exactly how far away from her he was. Whether it was a room, a mile, or a hundred. So it makes total sense that she would know where he was even when she couldn’t see him. 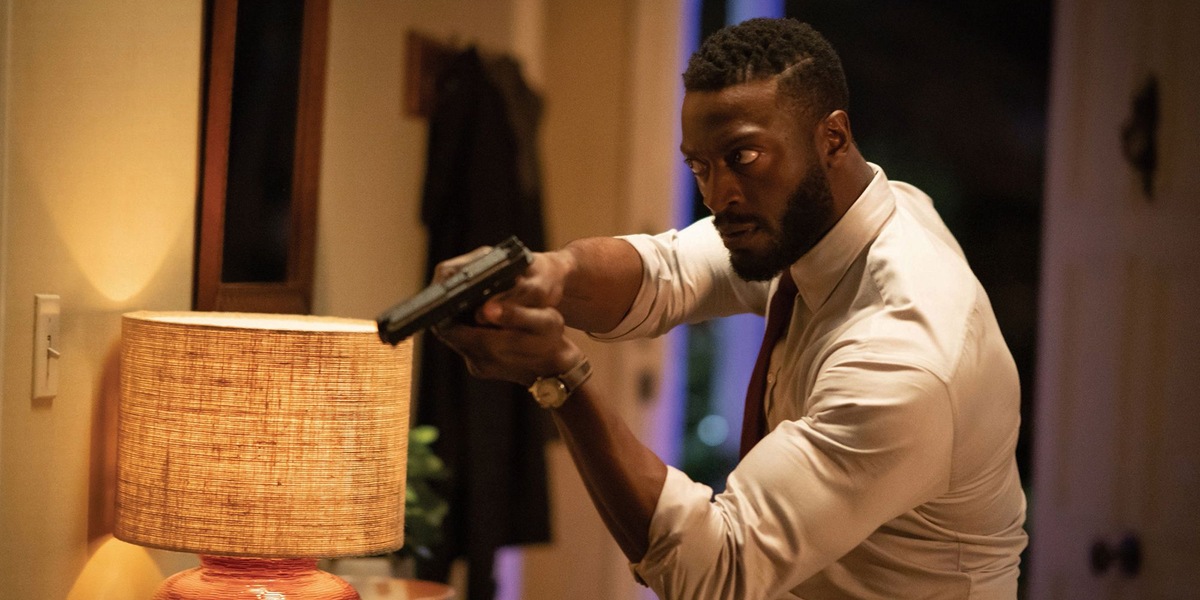 I also want to give a hearty round of applause to the casting in this movie. Each and every role was perfectly cast. Aldis Hodge and Storm Reid knock their roles out of the park, especially given how little actual screen time they had to work with. Harriet Dyer is a little cold as Cecelia’s sister, Emily, but it fits their seemingly superficial relationship. Michael Dorman delivers kindness and madness in equal parts as Tom Griffin, as anyone who’s had to grow up alongside a true sociopath would undoubtedly have to master both. The casting and acting in The Invisible Man keeps you invested no matter what is unfolding on screen, and how much of it you can actually see.

Beyond Elizabeth Moss’ incredibly work, and the awesome cast in this movie, I also have to give it up for the camera work. While I do think we maybe saw one too many obvious camera tricks in play, the majority of The Invisible Man‘s running time is dependent upon the camera telling us where to look. I have never been more aware of every inch of the screen than I was watching this movie. I scoured each centimeter of picture in front of me every time I knew he was on screen. I tried to see the briefest and most subtle of changes to the picture. An unexplained ruffling of the curtains, a hanger that sways like it was just bumped, a handprint that doesn’t belong, I looked for it all in just about every moment. That tension is what makes every Elizabeth Moss-less second of this movie work. The moments her face isn’t on screen are there to have us guessing and investigating. 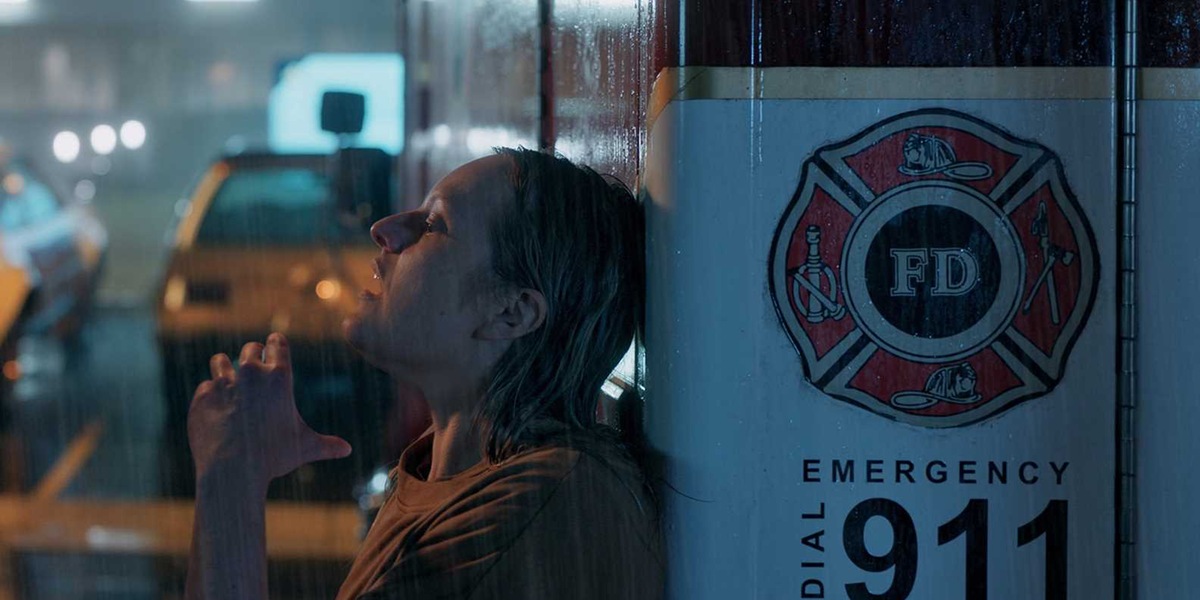 All in all, The Invisible Man is a damn fine movie. Full of insanely high amounts of tension and mystery, I would definitely watch it again, if only to see if I could spot anything I missed the first time around. But that wouldn’t be the only thing I’d be going back for. I would go back to watch Elizabeth Moss take on her unseen attacker again and again.

So, if your heart can take and edge-of-your-seat thriller, this is one you won’t want to miss. And you don’t have to know the history of The Invisible Man throughout film history to enjoy Leigh Whannell’s The Invisible Man. It stands entirely on its own, but the few subtle easter eggs for long time fans of the original H.G. Wells story, and the many film adaptations throughout the years, are sure to be appreciated.