The aftermath of Bloodwork possessing Barry begins a war for literally everyone’s lives in Central City on The Flash season 6, episode 8. Plus, with “Crisis on Infinite Earths” hours away, how does the team save Barry?

In all honesty, The Flash season 6, episode 8 was the end of the disappointing story preceding the Arrow-verse’s biggest event ever, which is seemingly supposed to end with Barry Allen’s death. Taking that factor out of account, this mid-season finale still wasn’t great, though it was quite interesting to see the Bloodwork story come to a relieving end.

There were a lot of moments I loved from this half of the season, even if it wasn’t I was expecting them (which I think was, personally, what held me back from appreciating all this season has had to offer so far). With “Crisis on Infinite Earths” arriving, I expected more from the Arrow-verse in general than usual, which left me quite disappointed, so I guess that’s on me. 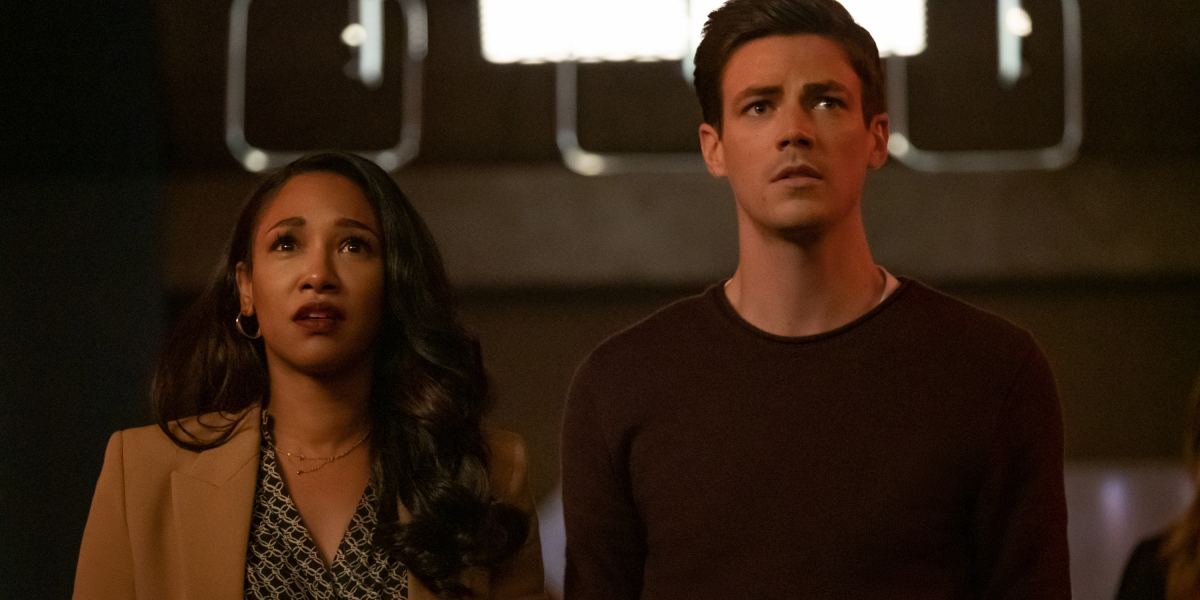 The Flash season 6, episode 8 delivered the end of a compelling villain’s tale, and it’s actually a little disappointing that Ramsey’s arc was over so quickly. Unlike previous Flash villains, who have consistently stuck around too long, Ramsey’s shortened run made his plan come to fruition much faster, but also left the story feeling a bit too rushed.

Honestly, it was quite nice to have an episode without Ralph Dibny. I’ve never been a huge fan of him, and his role on Team Flash is nothing compared to the role of everyone else. I’m sorry, but Ralph doesn’t feel like part of the family… more just a shared acquaintance. It’s also a little funny that, despite a few episodes ago when Ralph was chosen as Central City’s “sole protector” for after Barry’s disappearance, he wasn’t here for the war to save the citizens from Ramsey.

Yes, I know he was “recovering,” but if he’s perfectly fine to take part in “Crisis On Infinite Earths” (which literally started at the end of this episode), the writers could have easily written him in, even to the last scene at Star Labs. Allegra had a bigger role in saving Central City than Ralph, and he was excluded from the team and family moments at the end… remind me again why he’s on the show? 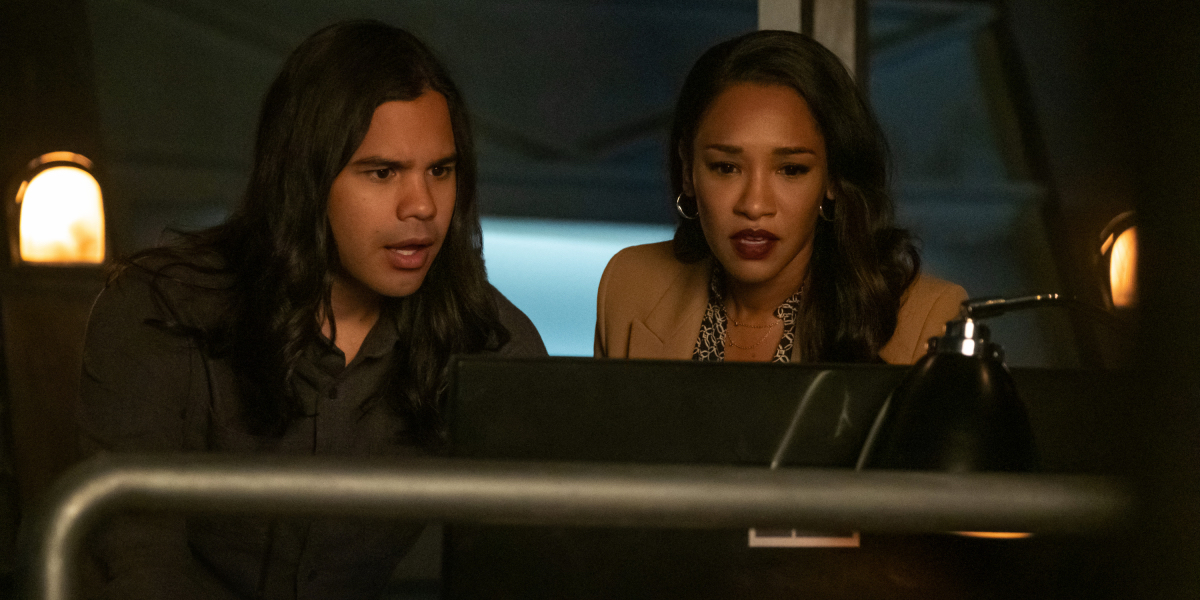 Cisco and Iris fighting to save Barry from Ramsey’s hold on him was such excellent storytelling. These two have such a unique bond, and usually work quite well together, so it was interesting to see them on opposite sides, fighting for the same outcome: to save Barry. Although, Cisco’s methods weren’t the best. His lines about losing Barry “any way” showcased the pain that he’s feeling over Barry’s fated death, which we honestly didn’t need to see too much more of.

'The Flash' season 6A failed the build-up to Barry's death

Cisco had two episodes dedicated to proving himself to be the new leader of Team Flash and to deal with Barry’s death, so was it really necessary, again, to focus on him instead of Iris? Despite Barry becoming Dark Flash for the last few hours Barry and Iris had together before the day of his supposed death, Iris barely had an emotional reaction to this over seven episodes. She took the backseat for others who are admittedly less important to Barry than Iris is, and as I wrote about in the article (to the side), the show focused on the wrong aspects of this story entirely.

I love seeing the connection that Barry and Iris have because it is so strong, so pure, and shows they really are the gold standard. No other relationship in the Arrow-verse could have quite the same emotional impact, and that’s largely due to the talent of Grant Gustin and Candice Patton. Barry and Iris are truly each other’s home, and the show doesn’t focus on their relationship nearly as much.

(I miss seeing their relationship often, like we had on The Flash season 4, where Barry and Iris work together and go through life together. Those were the best times.) 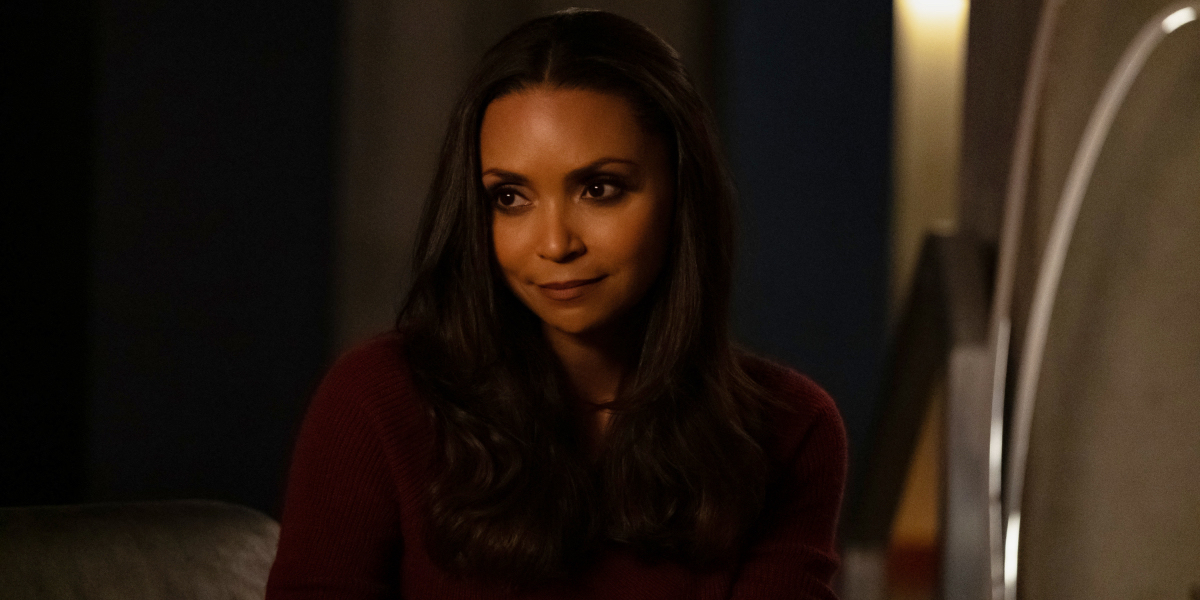 Every revelation, like learning Allegra could stop Bloodwork, felt unearned because it came out of nowhere. Part of what I love about The Flash is Barry and his team work to find scientific solutions to their problems, even though I understand absolutely none of it. It’s not the first time an invention or a way to stop a villain has appeared out of nowhere, but when it comes to a Big Bad, it’s a little harder to forgive.

On another note, having Barry fighting through Bloodwork’s control to help the team stop him was an amazing twist. I don’t quite buy that Barry let Bloodwork infect him solely to get inside of his head and help stop him, though it was such a fitting way to see Ramsey’s defenses shut down. Barry understands the loss of a mother better than anyone, and it’s a shame the show didn’t use that connection between Ramsey and Barry more.

All in all, I’m not sure how I really feel about having a Big Bad for a shortened amount of time. It keeps things interesting, but this story seems very poorly done, in my opinion. Perhaps it was just because of “Crisis on Infinite Earths” looming, but nothing with Ramsey was really explored how it should have been. Am I alone in thinking that? 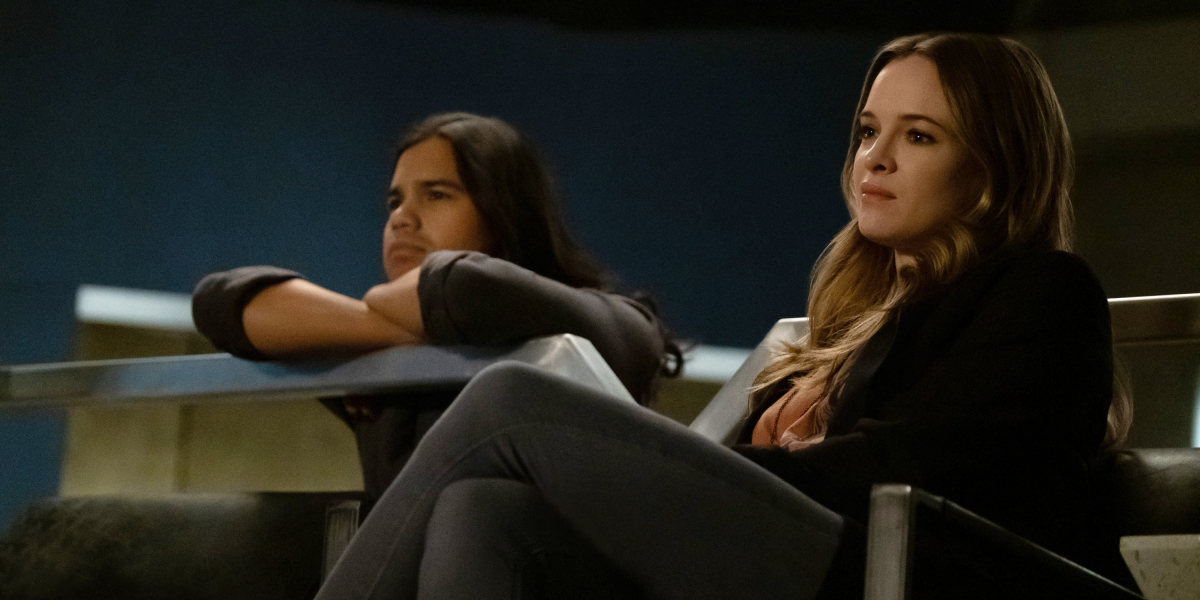 Seeing Cecile and Kamilla working together to, well, survive on The Flash season 6, episode 8 was actually much better than I had anticipated. I’m in the minority, but I love how the writers have fixed Cecile’s powers and made her an empath because it is leading to such interesting stories for her. (But we will never forget how annoying her telepath powers were.)

Kamilla is also proving to be an excellent addition to the series, and it’s exciting that she’ll be part of the story more going forward, especially as a Central City Citizen employee. (We’re counting on that big Iris reporting arc… and will probably be let down.)

The final moments between the team before The Crisis began were sweet. It was nice to see Frost give Caitlin her due time with Barry and the others, and this is an example of how the writers are so aware of what stories they mess up on but don’t do anything to fix them sooner. (Also, I’m loving the development of Frost as an actual hero, regardless of how hard it can be at times, and the progression of her powers. That clap that stopped the zombies? Iconic!)

Now, we wait to see what The Crisis brings…