The 100 season 7, episode 8 doubles as a backdoor pilot for what could be a prequel series set 97 years before the pilot, following humanity immediately after the first apocalypse and showing how Grounder society was formed.

We spoke to creator Jason Rothenberg about the episode, his plans for the series if it is picked up by The CW, and how the new characters are connected to our heroes on The 100. 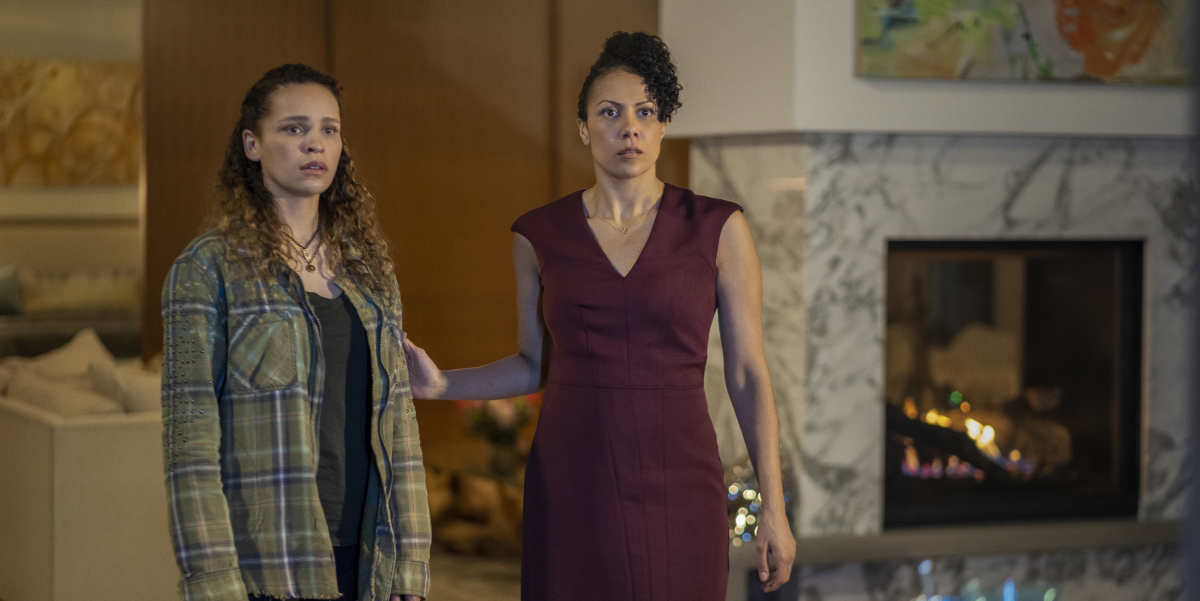 Hypable: What’s the latest update on the prequel from The CW?

Jason Rothenberg: I’m hopeful, but it hasn’t been ordered yet. And it may not, I suppose. I think it’s going to take good reviews and word of mouth to eventually get us over the top. So hopefully that happens.

But this was a story we were going to tell for The 100 this season, regardless of whether it becomes a show or not. We needed to explain some things about the ’space ball’ and what it can do, how Becca was involved in all of it, and why Clarke is the key. All those things needed to be in this season’s narrative.

When we decided to make it the prequel, the idea of fleshing out Cadogan and giving him a family became the springboard into telling the Grounder origin story. That developed separately from the need to tell Cadogan’s story this season. But I hope that we get to continue the family’s story, because I love them so much. I think their world will be an exciting one to explore.

If you do get the chance to continue Callie’s story from here, what do you imagine that the next step of that journey is going to be?

Well, she’s got the cure. She’s got the Nightblood. She’s the first Flamekeeper, as we now know. She is going to attempt to find as many people who have managed to survive in the wreckage of our world and save them as she can, so that they can breathe the air again, so they can come out of hiding… the way we’re all in hiding, wishing we had someone who had a cure for COVID.

It’s a little too real.

And I know that season 1, episode 1 will heavily feature Callie’s mom in her radiation suit, with limited oxygen, and her daughter not knowing that her mom is looking for her. Will Grace make it to Callie in time for Callie to give her the Nighbtlood? That’s all in the works.

The other thing that is happening, that isn’t really touched on much in this prequel, is that we know that up in space, Union Day is happening. And great-great-grandpappy Blake and all of our heroes’ ancestors are up there. That’s a fascinating story as well, and I have a plan to get up there to continue it. 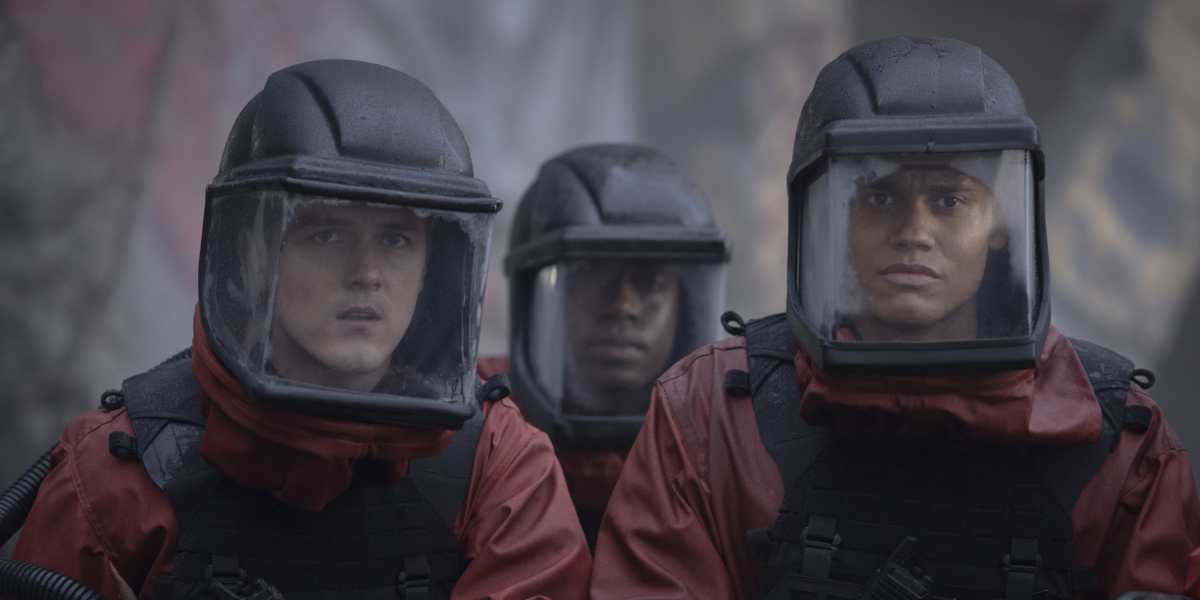 Like you said, we’re all in lockdown right now. People are wearing masks. There’s a lot of really prescient stuff in this episode that maybe you didn’t even realize would be so prescient when you wrote it.

So, you have a relevant idea that reflects this very dark time that we’re all living in. You also know that eventually, this dream Callie has of saving people, it crumbles. The survivors ultimately fracture into these warring, divided clans. So how do you tell this story without just drowning in nihilism?

That’s an excellent point. Obviously we will, at some point in the series, see the formation of the clans. But that took 100 years. We don’t really know at what point it became as bleak as it was in the immediate backstory of The 100. And obviously, we don’t want to be predictable, so I don’t think [the show would be about] 12 clans warring with each other. Certainly not at the beginning.

Besides, we also know that the truth of what happened was lost. We know that they ran out of Nightblood at some point. And it’s not immediately hereditary. It’s a very rare thing. So like in Children of Men, when the first Nightblood baby is born, that’ll be a big thing that happens at some point down the road.

Another intention I have is to flash back to pre-apocalypse times often, almost every episode, the way Lost had flashbacks every episode in order to illuminate the characters more and see how they were before. Because all of these characters, unlike anybody in our original show, come from our time, from before the end of the world. So to be able to write and shoot scenes in restaurants and bars and homes is exciting to me, and definitely differentiates the show from the original.

Callie is obviously a very different character from Clarke, but they are also similar in some ways, both being natural leaders and being daughters of doctors. How would you compare the two as lead characters?

They’re both incredibly strong women, both emerging into leadership roles. That’s the similarity. But Callie’s experience is very different from Clarke’s experience. Callie comes from our world. Callie is participating in protests. She’s a member of Tree Crew, which is an environmental protest movement that obviously eventually gives us the name of that clan.

So she was very civically-minded to begin with. Strong-willed, much more like her father than she would probably care to admit. But her mission going forward is to save everybody, not just the people that she cares about. Clarke evolved into a protagonist who would do anything to save the people that she loved, at the expense of everybody else. Whereas I think Callie’s modus operandi is “I am going to save everybody.”

When she says, “If they’re out there, we’ll find them,” she already plans on saving the human race on some level. Obviously she wouldn’t put it that way; it’s too grandiose of a statement for her, but that is essentially what she’s trying to do. That’s also what Becca wanted to do. And Callie is going to make good on Becca’s wish, as the first Flamekeeper. Which is very different from Clarke.

From there, she will run into opposition that might not be in line with her ’want to save everybody’ mentality, because I do think it’s human nature to resort to tribalism in times of crisis, and that’ll be something she has to fight against and work against. That will form the spine of some of the drama in season 1. 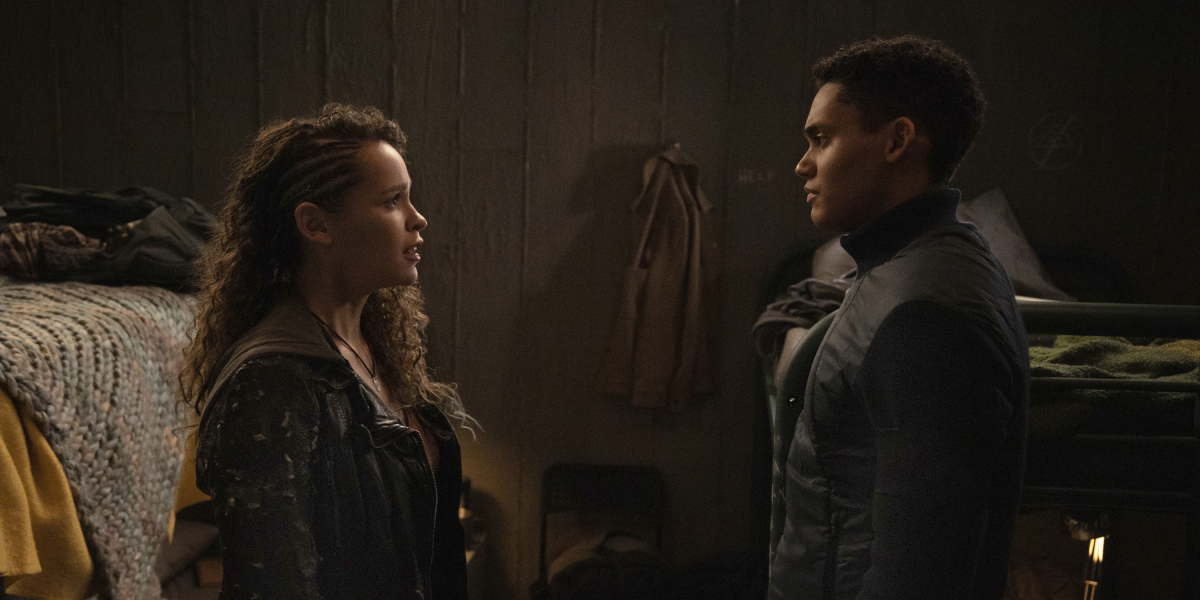 You mentioned the possibility of seeing what’s going on the Ark and meeting ancestors like Grandpappy Blake, which obviously opens up very exciting possibilities. But I imagine after this episode, you’re probably also going to get a lot of people wondering if any of the characters in the prequel are direct ancestors of Grounders we’ve met on The 100. Is that something you are planning to reveal down the line?

For sure. Obviously they would have to have been Grounders, right? So they would have to be your Emoris, your Indras, Gaias, people like that. They couldn’t be any of the 100. Unless, maybe, someone is an ancestor of a character that went up to space.

We definitely have a lot of work to do in the writers’ room when the show gets ordered, but I think that stuff would be a fun bunch of Easter eggs for the fans of the original show. It’s important to me, though, that you don’t have to be related to someone to be important. Obviously, if we met someone who was Indra’s great-great-grandmother, that would be awesome because we love Indra, but you don’t have to know who Indra is to love the [new] character.

If the prequel series is picked up, will it be called The 100: Anaconda or do you have another name for it?

It definitely will not be called The 100: Anaconda. That was literally just the title of this episode. I’m not going to commit to this fully yet, but the title of the series as I’ve been working on it with everybody is The 100: Second Dawn, which has meaning obviously for fans of the show, but also–

It’s the second dawn of humanity. 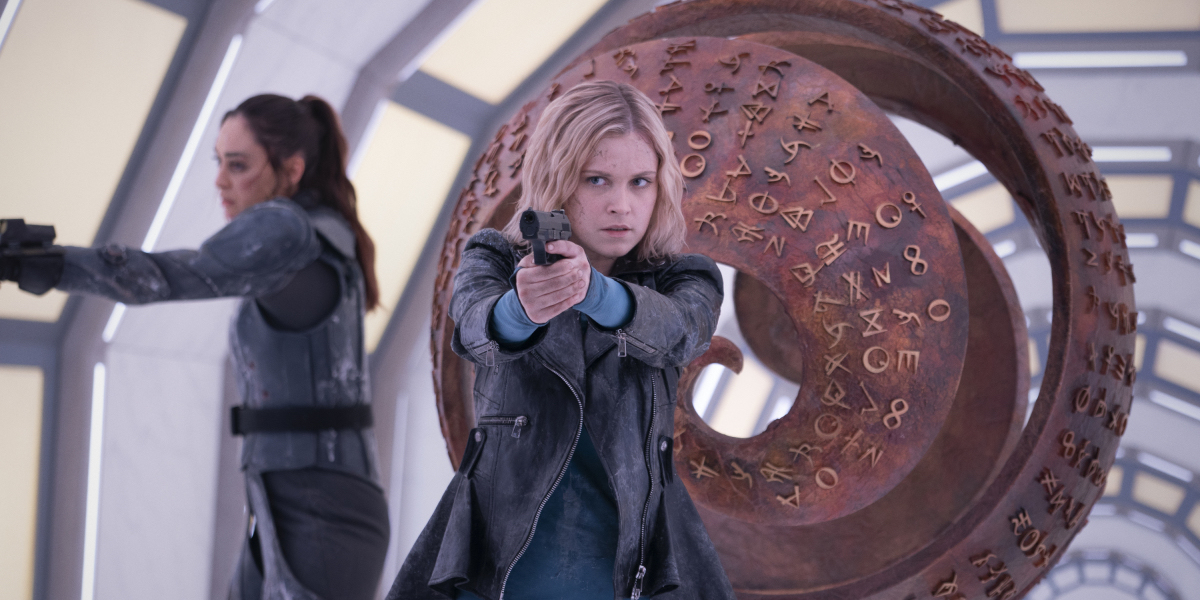 On Bardo, Clarke tells Cadogan that Callie is ”in here,” but she says it like the Flame is still in her head, which obviously it is not. Is she lying about Callie being on the Flame? Or would she even know whether she was or not?

Well, first of all, obviously Levitt didn’t binge enough of the Octavia show. He didn’t see the Flame coming out of Clarke at the end of season 3. And yeah, I think Clarke is lying. Clarke is using the fact that they believe the Flame is in her head as leverage to control Cadogan so that she can get her family back together and get them the hell out of there.

That will definitely be the spine of the story going forward, as they also grapple with the heartbreak of Bellamy’s death. Ultimately, if Cadogan realizes the truth, that won’t be good.

Why didn’t Cadogan wait to go through the Anomaly until he got the Flame back?

Cadogan was an explorer. As we reveal this season, Cadogan did a walkabout through the universe for a while. He didn’t just go from Earth to Bardo.

Are you bringing any writers or producers from The 100 with you to the new series, if it gets picked up?