Clementine will remember all of this.

Telltale’s The Walking Dead best moments always came from a human place, bringing the game’s emotional storytelling to the forefront of this zombie epic.

(Note: There will be no spoilers for what has released thus far of season 4)

With the final season of Telltale’s The Walking Dead potentially ending prematurely, we’re all left thinking of not only where Clem’s story could have gone, but also all of the places it has already been.

The Telltale’s The Walking Dead best moments often related to Clem’s struggle, but at other times, happened when the player was given control over other characters that were important to Clem’s story. With three full seasons and a wonderful DLC side story called “300 Days,” we’ve seen Clementine grow from a scared little girl hiding from her zombified babysitter to a hardened zombie slayer leaving a wake of trauma and heartbreak wherever she goes.

Making a Telltale’s The Walking Dead best moments list in this fashion is probably the last thing that I wanted to have to do, but when a game series is as poignant and moving as Clem’s, I feel compelled to give it its due justice, even if its development studio cannot afford to. In memoriam: a curly haired girl’s growth into a scarred and grizzled young woman.

Saving Clem from the treehouse (season 1, episode 1, ‘A New Day’) 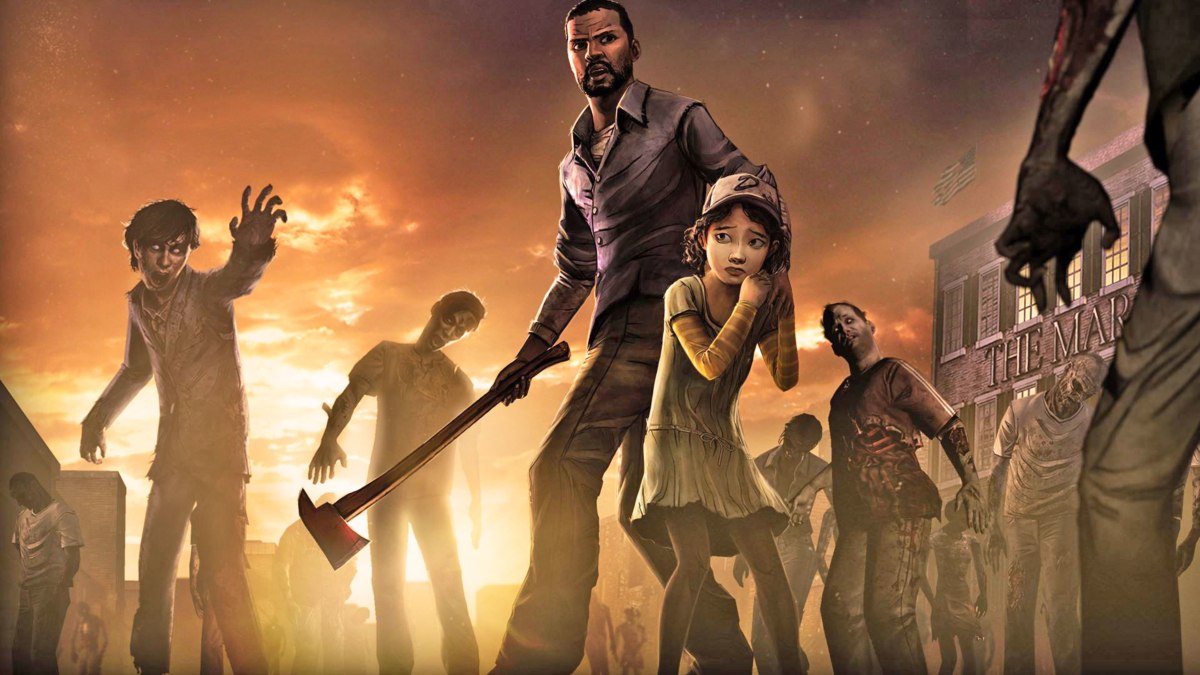 Hearing that little voice on the walkie talkie, who would’ve thought that the terrified girl on the other end of the line would end up becoming one of the most fleshed out characters in all of video game history? Lee’s story took a turn for the better when he met Clem, as his life of being a runaway criminal became that of a man protecting his defacto daughter.

Taking down the cannibals (season 1, episode 3, ‘Starved for Help’)

You best bet that I mowed down each and every cannibal on the dairy farm. How dare they try to feed my daughter poor Mark? And the inhuman prolonged sawing off of Mark’s limbs was beyond what I thought humans were capable of. I felt no remorse when any of the St. John’s begged for their lives. We’re in a zombie apocalypse, and still pretty early on into it, and you’ve already resorted to eating people?! This part still feels too soon to write about. I can’t fathom the emotions going through young Clementine’s mind as her protector and guide in the zombie apocalypse had the light slowly leave his eyes. His final words about how Clementine needed to protect herself and be brave will always affect me. Always.

Apparently, according to the excellent Walking Dead wikia, there is a series of events where Dee actually kills Bonnie, if the player doesn’t react in time to hit the “attack” prompt. Huh. Dee’s death was shocking, gruesome, and wonderfully set up Bonnie’s tragic story. When thinking of the Telltale’s The Walking Dead best moments, Bonnie usually stands out as a pretty poignant character, even though her overall role in the series is somewhat minor.

Sam the dog mauls Clem (season 2, episode 1, ‘All That Remains’) “Dawww, what a cute a fun pet! I’m sure he’ll be like the companion dog in Fallout! OH MY GOD WHY IS HE EATING HER ARM?!” That cycle of emotions was enough to give anyone whiplash. As if that all wasn’t bad enough, we have to help Clem sanitize and sew up the grievous wound. Bad dog!

Bonnie falls through the ice (season 2, episode 5, ‘No Going Back’)

As I stated above, I found myself moved by Bonnie’s story more than I expected to be. The set of events that happen on the frozen lake are some of my favorites, even though Luke’s death was devastating and felt like it could have been prevented (it couldn’t have). Bonnie is a survivor, and has always done what she needed to do to get by. I’m hopeful that she’s still out there (if she survives the determinant ice death) and is able to bring others the same joy that she brought me… even if she betrayed the group in my playthrough.

Clem shoots and kills Kenny (season 2, episode 5, ‘No Going Back’) Kenny is one of those characters that seems to have nine lives. I was convinced that he had died during my playthrough of season 1, but whatever, he came back in season 2, and was one of the most interesting characters at play. When it came time to choose between Kenny and Jane, I chose to shoot Kenny. I suppose I should have felt bad about it, but at that point in my playthrough, I was a little sick of the melodrama, and honestly just wanted the story to progress. Maybe that’s how we were meant to feel: as if we had a metaphorical destiny coin toss to make, both of which we could not win.

What a way to rile us all up for a great season of Telltale’s The Walking Dead! And by great, I mean gutwrenchingly horrifying. Mariana was a pure and young soul, content to listen to her music in peace. I get why they needed to do it (see: the title of this episode), but damn, was that a punch to the psyche.

Clem protects AJ, gives him the meds (season 3, episode 3, ‘Above the Law’) When it came to protecting AJ, I did everything in my power to make sure he was going to make it out okay. Whether it was saving him from being eaten by walkers, getting him the baby formula that he needed, or injecting him with life-saving meds, there was never any hesitation in my mind of how I was going to act in regards to his safety. A baby represents the only hope humanity has for going on, so everything else be dammed, I was going to sneak in and get that syringe.

It’s revealed that Clem is a member of the New Frontier group (season 3, episode 2, ‘The Ties That Bind – Part 2’)

Conrad’s reaction to Clem having the branding of the New Frontier group was a great dramatic beat. I was shocked when I discovered that the majority of players decided to shoot Conrad, because I really didn’t want to end another human life in the zombie apocalypse (and because Gabe was sort of annoying, so maybe I wouldn’t be so sad if he was to go…).

And I was in the bottom 10% for choosing the second option.

I still trusted Clem, because by this point, we’d been through way too much for me to let my girl down. Javi’s family was a dysfunctional mess, and during my playthrough, the fight between Javi and his brother David was the pinnacle of my enjoyment of their dysfunction falling apart at the seams. As David punched Javi, I made Javi only say “I love you” back, which, come to think of it, was really, really sad. David was all bitten up after taking Gabe, and Kate was lost to the ethos, but overall, I was still content with my playthrough of the final episode of season 3.

Javi and Jesus sittin’ in a tree (season 3, episode 5, ‘From the Gallows’)

After the final battle with the walkers, Clem and Gabe were making lovey-dovey eyes at each other, but they weren’t the only ones feeling a certain tingly feeling. Jesus, a Walking Dead series fan-favorite character, comes on to Javi whilst on horseback, and the internet collectively swooned.

Javi cannot die in the canon choices of season 3, so perhaps we would have seen these two get together before the end of the series. A girl can dream…