Upate (11/19/19): Taylor Swift will be able to sing her songs still owned by Big Machine Records at the AMAs!

While the battle between Taylor Swift and Big Machine records over Swift owning her back catalog, at least there is a bit of good news for Swifties. She will be able to perform her older songs at this year’s AMAs.

Billboard reports that she’s been given the green light to perform some of her older, beloved songs at the awards statement. And in a statement issued by the record company, though the company doesn’t mention Taylor Swift by name, the statement says the label has, “agreed to grant all licenses of their artists’ performances to stream post show and for re-broadcast on mutually approved platforms.”

Swift’s camp has yet to comment, so her side of the story is unclear. It’s also unclear what she’ll plan to do at the awards ceremony. However, we’re glad that we have the chance to hear some of Taylor Swift’s old songs in addition to our new faves from her latest album, Lover.

Update (11/15/19): Big Machine Records is weighing in on Taylor Swift’s recent claims that her ex-record company won’t let her use her old music.

Thursday was a rough night for Swifties far and wide after Taylor Swift posted a lengthy letter on social media where she revealed that her ex-record label has blocked her from using her old music in an upcoming Netflix documentary about her life, and prohibited her from performing songs from her back catalogue as part of her upcoming American Music Awards performance.

In response, Big Machine Records has finally issued a statement on the matter where, unsurprisingly, they’re denying Swift’s recent claims.

“As Taylor Swift’s partner for over a decade, we were shocked to see her Tumblr statements yesterday based on false information. At no point did we say Taylor could not perform on the AMAs or block her Netflix special. In fact, we do not have the right to keep her from performing live anywhere. Since Taylor’s decision to leave Big Machine last fall, we have continued to honor all of her requests to license her catalogue to third parties as she promotes her current record in which we do not financially participate.” begins the statement, which is signed by Big Machine.

As the statement continues, Big Machine goes on to claim that Swift in fact owes “millions of dollars and multiple assets” to the company.

“We have worked diligently to have a conversation about these matters with Taylor and her team to productively move forward. We started to see progress over the past two weeks and were optimistic as recently as yesterday that this may get resolved,” continues the statement, before going on to accuse Swift of enlisting “her fanbase in a calculated manner that greatly affects the safety of [Big Machine] employees and their families.”

Big Machine’s statement ends with the following: ““Taylor, the narrative you have created does not exist. All we ask is to have a direct and honest conversation. When that happens, you will see there is nothing but respect, kindness and support waiting for you on the other side. To date, not one of the invitations to speak with us and work through this has been accepted. Rumors fester in the absence of communication. Let’s not have that continue here. We share the collective goal of giving your fans the entertainment they both want and deserve.”

In the statement, a representative for Swift reveals that Big Machine’s efforts to block the singer from using music on her back catalogue is not only true, but also the reason why Taylor chose to perform three songs off of her Lover album just last week at the Alibaba ‘Double Eleven’ event in China last week.

“It was clear that Big Machine Label Group felt any televised performance of catalogue songs violated her agreement. In addition, yesterday, Scott Borchetta, CEO and founder of Big Machine Label Group, flatly denied the request for both American Music Awards and Netflix. Please notice in Big Machine’s statement, they never actually deny either claim Taylor said last night in her post,” reads the statement, according to Variety.

“Lastly, Big Machine is trying to deflect and make this about money by saying she owes them, but an independent, professional auditor has determined that Big Machine owes Taylor $7.9 million dollars of unpaid royalties over several years.”

Big Machine has yet to respond to Swift’s second statement on the matter, but we’ll be sure to update you if and when they do.

For now, it’ll be interesting to see how this affects Taylor Swift’s forthcoming performance at the 2019 American Music Awards, set to take place on Sunday, November 24 at 8 p.m., on ABC.

Original Story (11/14/19):It looks like tensions are still running high between Taylor Swift and Scooter Braun and Scott Borchetta at Big Machine. 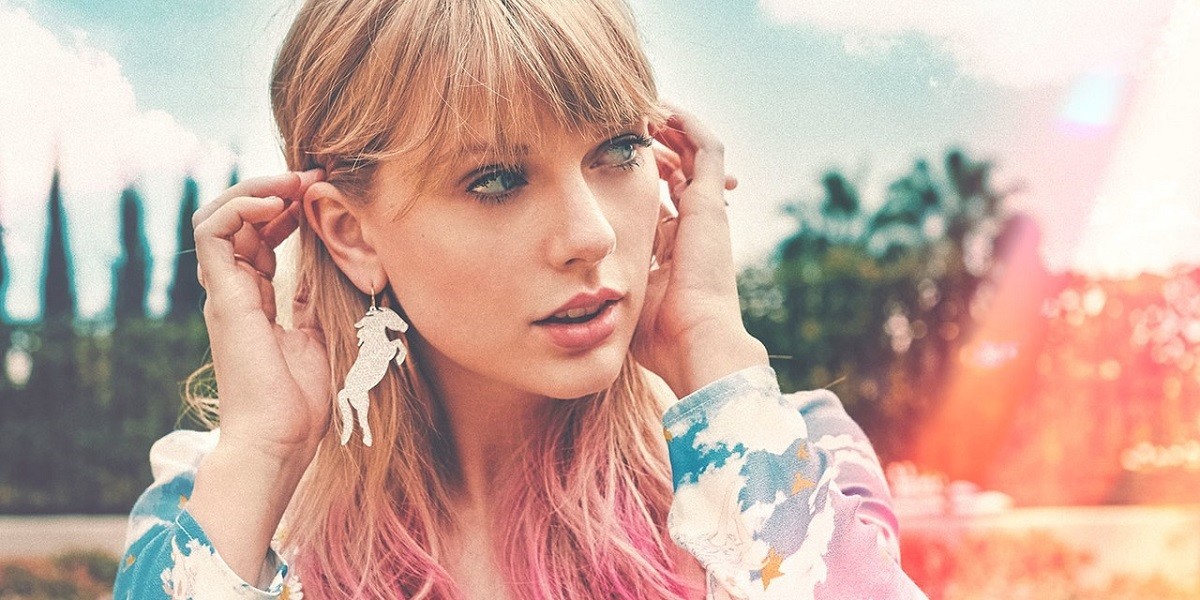 There’s no denying that Taylor Swift has had a pretty monumental year. Even so, the success of her latest release hasn’t come without a few bumps in the road.

Specifically over the summer, Taylor Swift made headlines not for the release of new music, but for who owns the rights to her entire back catalogue.

As we reported back in June, Swift revealed in a lengthy letter to fans via Tumblr that her old record label, Big Machine, had recently been acquired by Scooter Braun’s Ithaca Holdings LLC.

When Braun bought Big Machine from former record head Scott Borchetta, he also assumed ownership of all of Taylor Swift’s music through her 2017 album, Reputation.

At the time, Swift wrote that Braun acquiring the rights to her back catalogue was her “worst case scenario.” Despite the terrible situation, it seemed for a moment as though there was a light at the end of the tunnel — especially after Swift revealed during an interview with Good Morning America that she would be re-recording her old music in an effort to regain control of her back catalogue.

“My contract says that starting November 2020…I can record albums one through five all over again,” said Swift at the time.

November 2020 isn’t that far away in the grand scheme of things, but now, it’s looking as though both Braun and Borchetta are doing everything in their power to make sure Taylor won’t re-record old hits under any circumstances.

That pesky November 2020 deadline also seems to be getting in the way of something fans might not have even thought of: the ability for Taylor Swift to even perform any of her old hits at all.

On Thursday night (November 14), Swift took to Twitter to reveal that Borchetta and Braun are now moving to block her from performing her old music at the American Music Awards, where this year, Swift is set to be honored with the Artist of the Decade Award.

“I’ve been planning to perform a medley of my hits throughout the decade on the show. Scott Borchetta and Scooter Braun have now said that I’m not allowed to perform my old songs on television because they claim that would be re-recording my music before I’m allowed to next year,” wrote Swift in the lengthy letter to fans.

In addition, Taylor also revealed that the November 2020 rule is also getting in the way of a previously unannounced Netflix documentary about her life.

“This isn’t the way I had planned on telling you this news,” continued the pop star. “Netflix has created a documentary about my life for the past few years. Scott and Scooter have declined the use of my older music or performance footage for this project, even though there is no mention of either of them or Big Machine Records anywhere in the film.”

To make matters worse, Swift also revealed that Borchetta came back to her team with an ultimatum: Big Machine will allow Taylor Swift to use her own music, but only if she agrees not to go through with re-recording her back catalogue next year, and if she agrees to stop talking about what’s going on between her, Braun, and Borchetta.

All in all, it definitely seems as though Swift is caught between a rock and a hard place, but as Swifties know all too well, Taylor isn’t one to back down — especially not when the opposing party is in the wrong.

As she wrote toward the end of her lengthy letter, The “Lover” singer believes that continuing to share what’s currently happening to her “could change the awareness level for other artists and potentially helm them avoid a similar fate.”

“The message being sent to me is very clear. Basically, be a good little girl and shut up. Or you’ll be punished.” continues Swift.

Read Taylor Swift’s full letter on the matter below.

Don’t know what else to do pic.twitter.com/1uBrXwviTS

At the time of publishing this article, neither Borchetta, Braun, or Big Machine have commented on the matter. That being said, we’re sure it’s only a matter of time until they do.

We’ll keep you posted on any updates on the matter.