We all have books we reach for when we seek comfort. The Sword of Truth series’ Faith of the Fallen is one of those books that helps us find hope in the future during these bleak times.

Reading for comfort in a time of turmoil can not only be an escape, but it can truly give us as readers hope, and help sooth rampant thoughts of helplessness as the world around us rapidly spirals out of control.

When thinking about fictional characters overcoming adversity in fantasy, I think of Richard Rahl from Terry Goodkind’s epic Sword of Truth series. 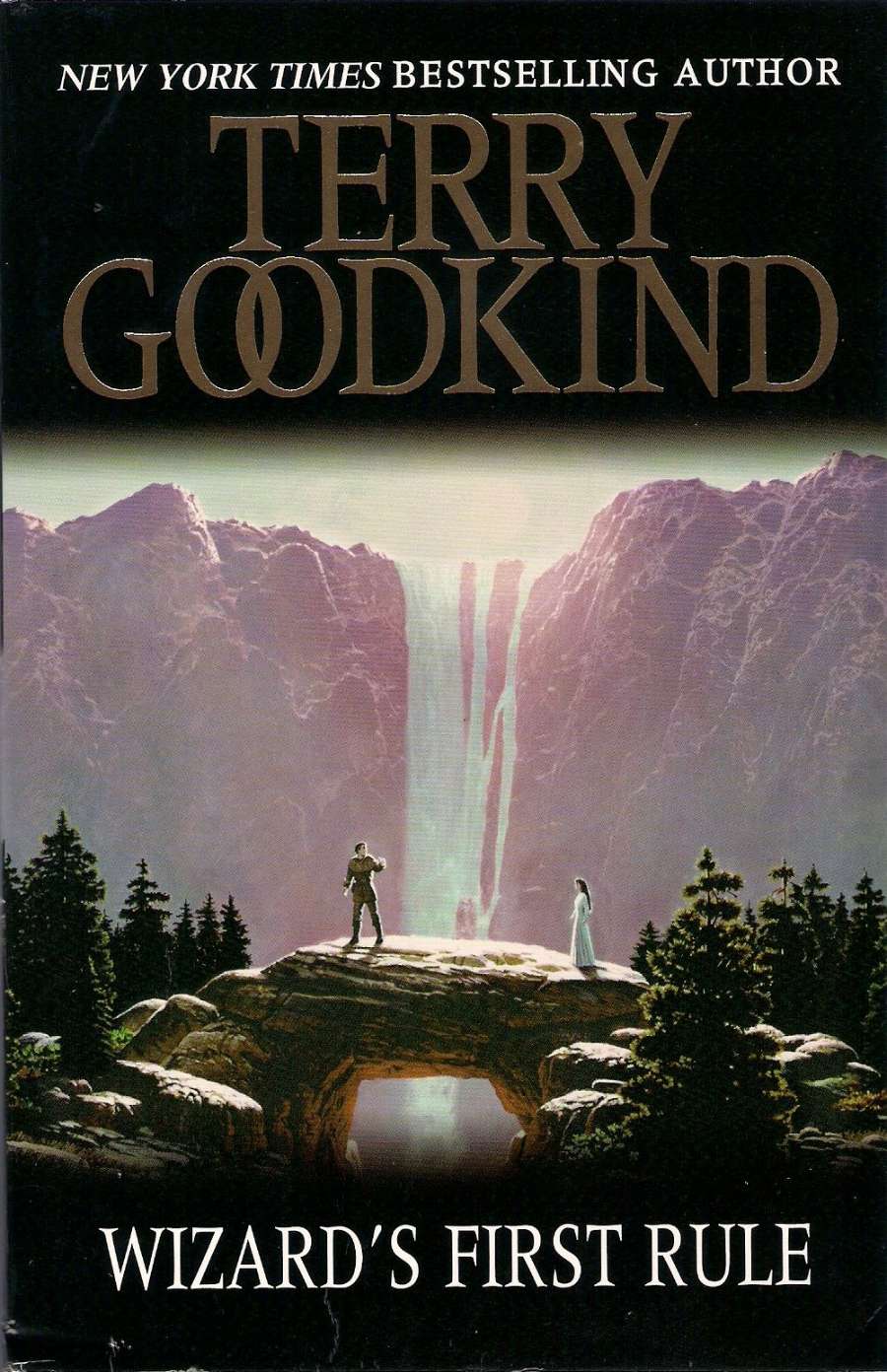 Sword of Truth was the first adult fantasy book series that I got into, and that’s mostly thanks to Richard Rahl and his integrity and belief in the face of seemingly insurmountable trials.

One thing that Terry Goodkind did well throughout Sword of Truth was to continually write Richard Rahl as an unstoppable force because of his belief in good and helping people, even if they denied him help when he so desperately needed it.

After facing Darken Rahl, being captured by the Sisters of the Light, overcoming the Chimes, being taken into the heart of the enemy by Nicci, defeating a magical plague, and finding the love of his life in a world where no one remembered her, Richard Rahl knows what it’s like to not only survive, but to come out with his head held high.

While some want to read books right now like Station Eleven and A Death-Struck Year, I’m finding myself reaching for comfort fantasy instead.

What am I considering as a comforting fantasy? For me its characters overcoming adversity, surviving despite everything, which is why I’m strongly thinking about rereading the series.

The series is massive, so if I had to pick one book, it would be Faith of the Fallen. Smack dab in the middle of the series, it’s also one of the heaviest emotionally, but with an ending worth the pain.

That’s the thing about angst and turmoil: the end should be worth the agony one goes through while reading. 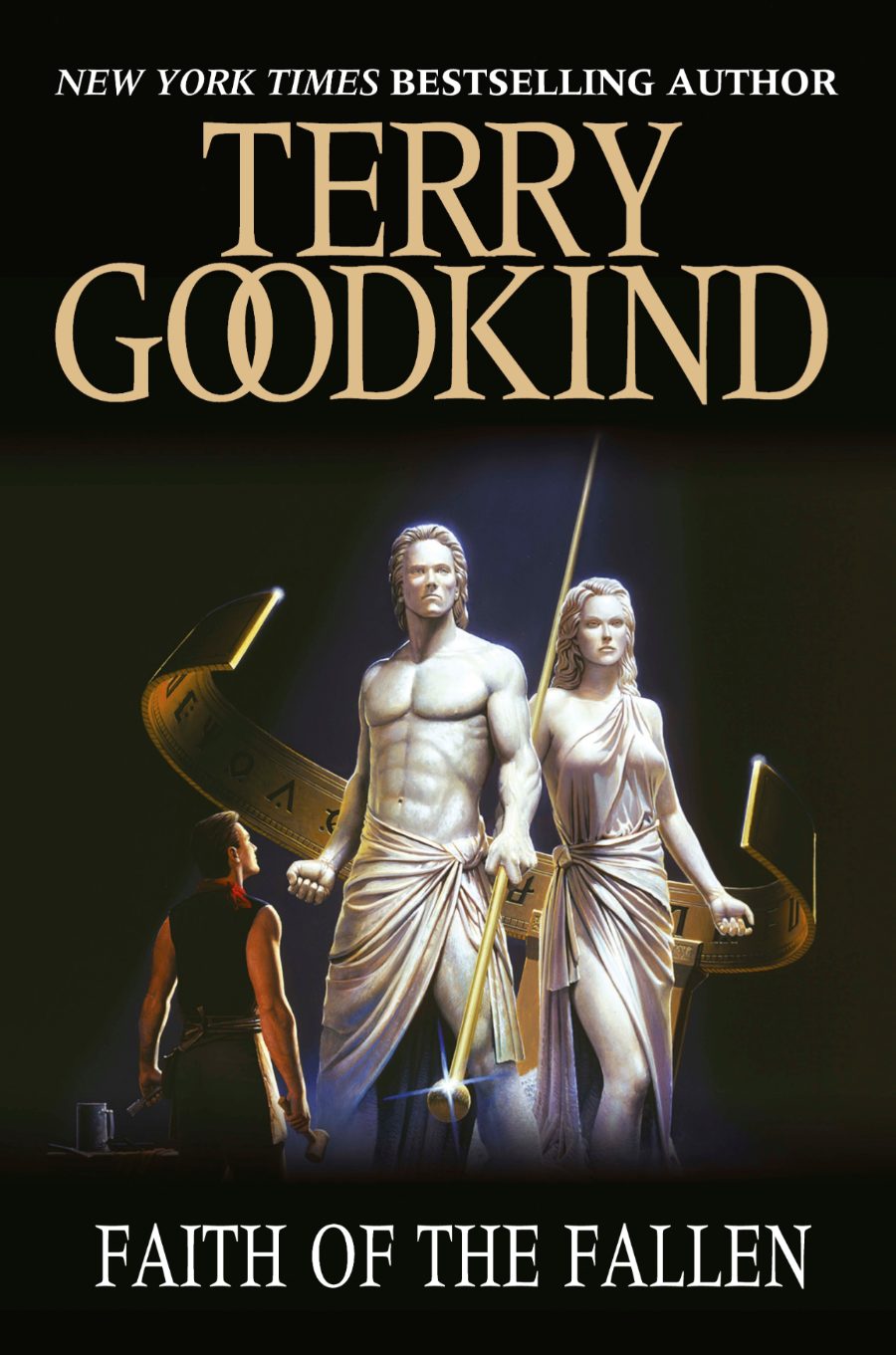 For me, Faith of the Fallen is a book that I hold close to my heart. Is it perfect? No, of course not, but after years upon years and a sea of fantasy books surrounding me, I can see its flaws for what they are, but that doesn’t mean Sword of Truth and Richard Rahl don’t come to mind when I think of surviving difficulties, no matter how big or small.

Why Faith of the Fallen? We all have books that resonate with us so deeply that merely thinking about them brings a level of emotion to the surface that we can’t help but be overcome, even if for only a moment at the effect a book had on us when we first found it.

Everything from Richard initially giving up and hiding, to Kahlan and him in the woods, to his reactions to being kidnapped, to finding a way to survive apart in order for Kahlan to live, Richard’s journey in the sixth Sword of Truth book gives me not only hope for our future, but the strength to believe.

Because belief in humanity’s ability for good is important while the world crumbles before our very eyes. Without belief that things can get better, we are lost.

Faith of the Fallen starts out immediately after Kahlan is almost beaten to death at the end of Soul of the Fire and Richard brings her deep into the woods, building them a house.

Completely broken after being given up by the people he tried to help, Richard was ready to leave everything behind to keep Kahlan alive. He’d turned his back on the world he’d all but broken his back for, in order to save Kahlan from the Chimes. 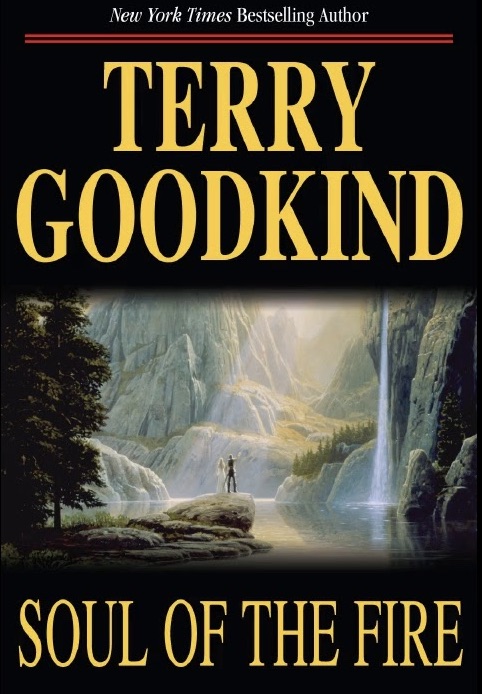 On top of Richard failing in Soul of the Fire, Nicci, Sister of the Dark and member of the Imperial Order, showed up and linked her life to Kahlan and kidnapped Richard, taking him deep into the Old World without his sword and without hope of returning.

Nicci took Richard in order to show him that there was no use in trying to go against the Imperial Order, that Jagang’s rule was all consuming and the people were better under his tyranny, when in fact, they were struggling not only to survive, but to thrive.

In a world with no happiness, where food was scarce and even art was about weighing down the masses, Richard kept his head on, only wallowing in the loss of his life as Richard Rahl for a short time before taking one step at a time to change the way everyone around him acted.

What stands out to me the most in Faith of the Fallen, and in the Sword of Truth series in general, is how no matter what, Richard continues on a path. He doesn’t remain stagnant, doesn’t give up. When he was captured by the Sisters of the Light in Stone of Tears, he made the most out of his captivity, never losing his true sense of self.

His strength throughout Sword of Truth helps me now, when the world seems so bleak. If Richard Rahl can help those around him in the smallest of ways, causing a rippling effect throughout the Old World so massive, then maybe we can too.

While Faith of the Fallen is full of heavy emotional turmoil, the end when Richard reveals the massive statue that he carved, effectively causing a revolution because of the sheer hope it radiated, is worth the angst of the book.

We absorb what we read, our emotions running parallel to what we consume, so instead of getting stuck in a spiral of despair by reading about sickness and pandemics, I plan on finding more books like Faith of the Fallen and Sword of Truth where good conquers evil, or at least survives in order to overcome adversity and anything terrible thrown their way.

Thank you to Richard Rahl, because after all these years, the thought of his willpower and ability to continue on no matter how dark the world seems is what is going to help me through these dark times we are living in.

Related: Bring back the ideal hero archetype in the fantasy genre