Our Sweet Girl movie review is spoiler-free! Check out what we thought of this action thriller starring Jason Momoa and Isabela Merced.

Right off the bat, one of the most difficult aspects of this Sweet Girl movie review will be to keep it spoiler-free. Suffice it to say there’s an interesting twist that could change your perception of events, and while I can’t talk about it here, it underlines everything I talk about in this article.

The premise of the movie is, unfortunately, one of its deterrents. It doesn’t offer much of what we haven’t seen before, though it is an uncomfortably relevant story about love, loss, and our terrible healthcare system.

Ray and Amanda have one daughter, Rachel, and they lead a pretty happy, loving existence. Then, Amanda develops cancer, and the odds don’t look great. However, they’re given hope when an experimental drug goes on the market, and the generic brand is offered to the family.

Then tragedy strikes—the generic brand is taken off the market, and Amanda loses her life to the disease. Ray goes on a one-man mission to prove the company cares more about profits than people’s lives, and Rachel is swept up in the action.

Momoa and Merced are a perfect pair 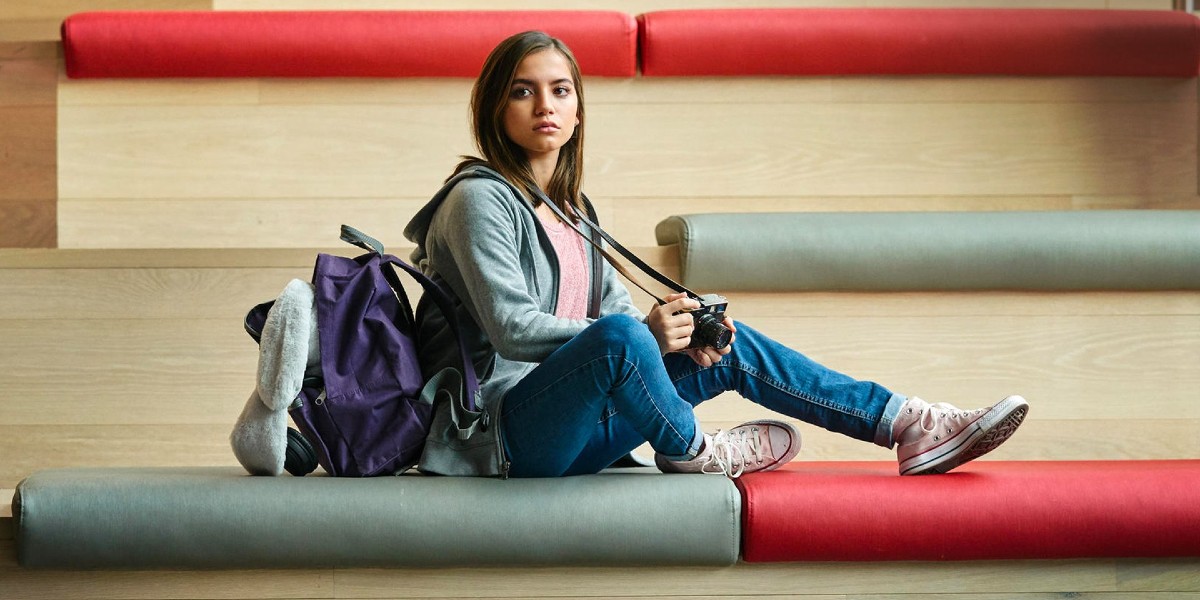 You’d be hard-pressed to find a project from Jason Momoa that doesn’t offer you some entertainment, if only from seeing him beat the shit out of his enemies. Sweet Girl has a lot more heart (and much less comedy) than some of his other feature films, but sets out to tell the story of a father and daughter who find their own ways to grieve.

He’s big, he’s brutish, and he battles his opponents with his mind as much as his muscles. There’s a raw scene where Ray is grieving for the loss of his wife’s life, and you can tell Momoa put everything into it. The screaming and crying are from somewhere deep within, where we’re all afraid to lose the ones we love.

Despite knowing Ray is driven by grief and that his intentions are ultimately good, it’s difficult to root for him. You feel as though he’s making the wrong call, or that there could be a better way to go about completing his mission, but he’s so wrapped up in the outcome that he’s not thinking what life may look like beyond it.

The main problem is that while the people he’s holding responsible for his wife’s death are culpable, it was nothing personal. They’re not good people, but I doubt they truly understand the effect they’re having on individual lives. They did bad things under the guise of making the world a better place. No matter how wrong that is, I’d rather see them in jail than dead. There was only one person whose death was welcome, but beside that, none of the others sat quite right with me.

But while Jason Momoa may have been the main star billed for this film, Isabela Merced truly was the heart of the movie, and the one I was most excited to write about in this Sweet Girl movie review. She’s a fantastic actor who can hold her own in an action scene, and her struggle to do the right thing while her father is off the rails should’ve been the story’s main focus.

In fact, for a movie called Sweet Girl, I found myself wondering when she’d get her time to shine. Don’t get me wrong—she can go toe-to-toe with Momoa in the acting department, but the lens focuses so much more on him while this gem of a star is standing in the background. I wanted a meatier part for her, but I had to wait three-quarters of the way through the movie to get it.

Disappointments aside, I liked how Ray and Rachel stuck together throughout the film. They didn’t always say or do the right thing, but their shared grief over Amanda and the love between them kept them together. Ray was torn between avenging his wife and protecting his daughter, while Rachel struggled with supporting her father’s end goal and trying to save him from himself.

It makes a compelling story, full of drama and action, but the execution didn’t land with me as well as I wanted it to. 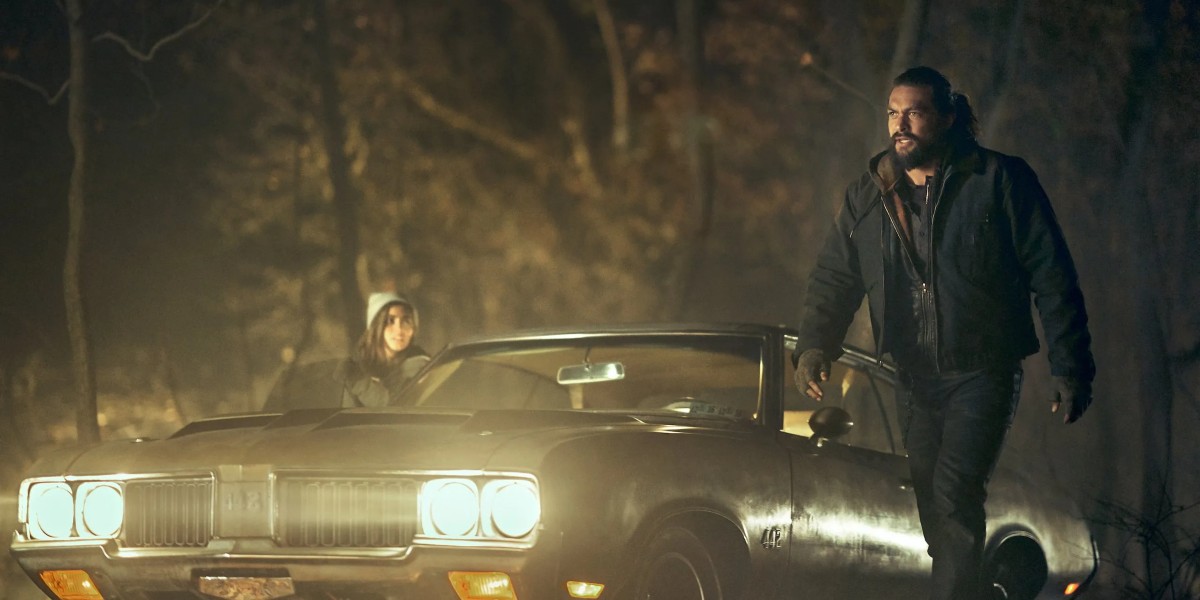 In a movie like this, the narrative is only part of the tale. The other portion is the action and how it aids in the storytelling process. Ray is a smart guy, and a few of his setups (like the part with the tunnel) were clever and innovative. It’s a shame we never learned more about his background outside of a few precious moments with his wife and daughter.

The action certainly hit hard. The fights between Ray and Amos packed a punch, and you felt the danger that the operative presented to someone like Ray, who is big and strong and even smart, but might not have the same training.

That being said, the action felt generic. There were no memorable moments or impressive moves. The settings were interesting, and yet they were never really used to the advantage of either opponent. Especially at the end, amongst the scaffolding, it was disappointing not to see a more precarious fight unfold.

There were a few moments that brought you to the edge of your seat, and definitely a couple of fights that were satisfying to see unfold, but the story itself got in the way. You were never sure how much you should be rooting for Ray, even if you did understand where he was coming from.

As much as it pains me to say in this Sweet Girl movie review, I wish the action had been bolder, the enemies more diabolical, and the outcome more explosive. Though it comes in at just under two hours, this is a movie that would’ve benefited from a little more time and a more streamlined screenplay, where you could add more background, more action, and more focus on the big picture. 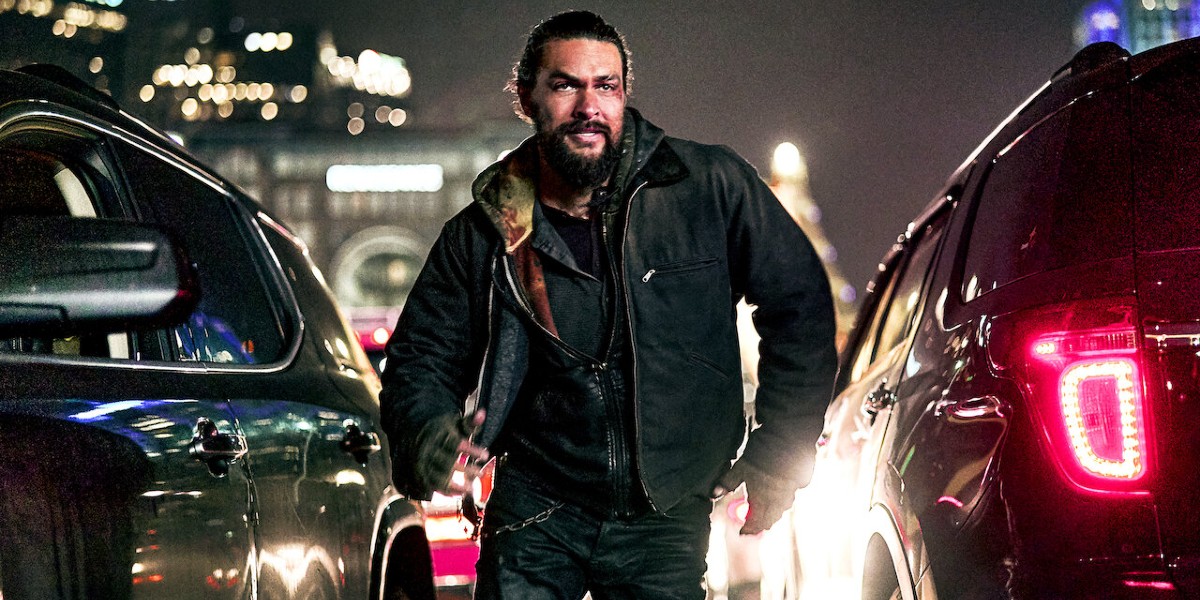 Although I saw what the filmmakers wanted to do by the end of Sweet Girl, I spent the majority of the film questioning their choices. This didn’t line up with that, that didn’t seem plausible, and this could’ve been executed differently.

It’s hard to fully get on board with a film if you have trouble suspending your disbelief, no matter how good it ends up being in the end. I would recommend watching the film with the phrase wait for it in mind. And, in fact, I’m interested in watching it a second time to see if that changes my opinion.

While there are certainly better Momoa properties out there, if you’re looking for something new from the action star, this might not be a waste of time for you. Just know that you’ll probably end up liking Merced’s character much more, for better or worse.

Lastly, I liked what the film had to say about our healthcare system, our politics, and the way the two intertwine. It would’ve made for an excellent thriller or a good action movie, but the combination of both didn’t do it justice.

Do you agree with our ‘Sweet Girl’ movie review?