Supernatural sure has taken its sweet time to make headway into the boss battle. There are reasons why that the season has been paced the way it has – things it needed to achieve, messages it needs to hammer home, memories it needed to make – and I understand the why of that. But, as I wrote last week, the things we need to clean up were building and building with fewer and fewer moments left to achieve them.

“Unity” sees Sam and Dean still at odds about the reveal that Billie’s plan to end Chuck (and Amara, as collateral damage) will not leave Jack alive. Jack is still determined, and so Dean accompanies him on a road trip with the purpose of completing the last ritual Jack needs to achieve Billie’s goal. Cas returns to the Bunker to find that Sam has stayed behind, burying himself in books in an attempt to find another way. 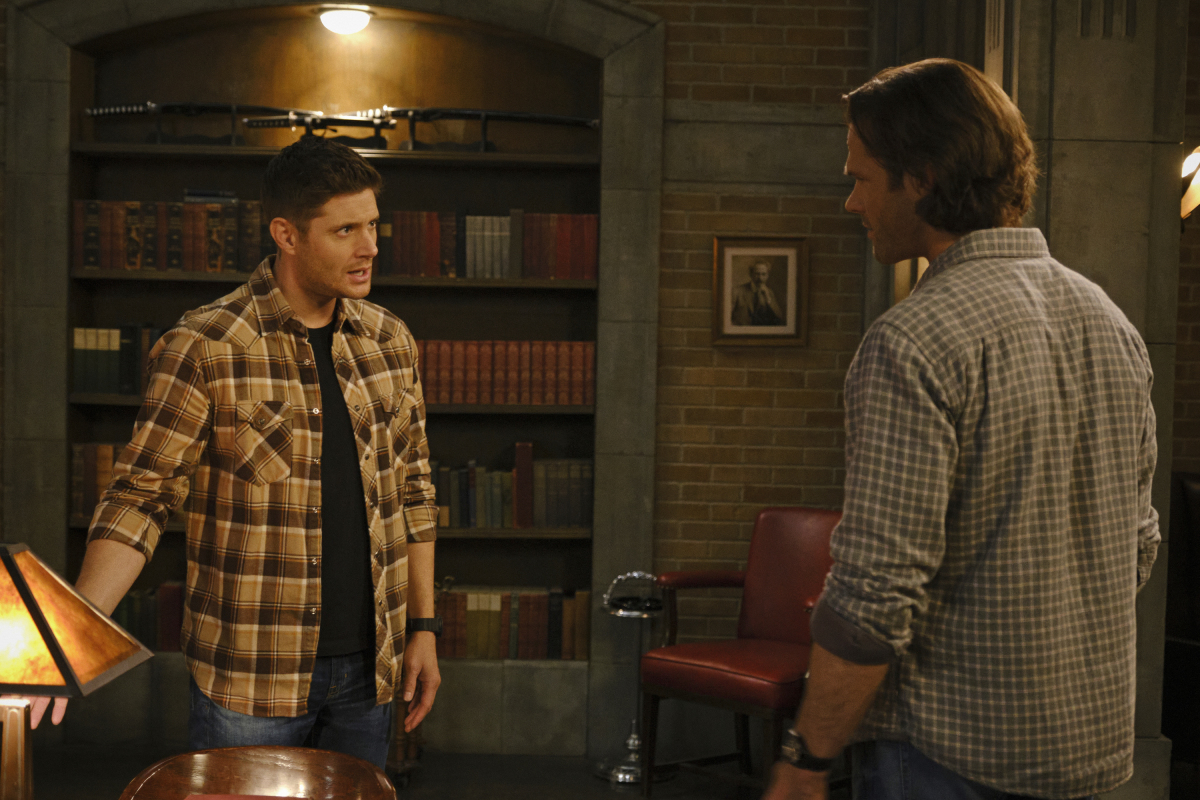 Guest star Emily Swallow was able to share a few teasers about where Amara is at right now in “Unity,” amidst our wider discussion of her experience on Supernatural (read our in-depth interview with Emily here) and after her initial meet-up with the Winchesters, her reunion with Chuck brings the reasoning behind episode’s title into clear relief. “Unity” is sorely needed between all parties in this episode, and the lack of it could lead to terrible things.

Spoiler Warning: This article contains generalized spoilers for Supernatural season 15 episode 17, “Unity.” If you do not wish to be spoiled at all, do not read this article in advance of the airdate.

ONE WAY OR ANOTHER — Dean (Jensen Ackles) hits the road with Jack (Alexander Calvert) who needs to complete a final ritual in the quest to beat Chuck (guest star Rob Benedict). A difference of opinion leaves Sam (Jared Padalecki) and Castiel (Misha Collins) behind looking for answers to questions of their own. Catriona McKenzie directed the episode written by Meredith Glynn (#1517). Original airdate 10/29/2020.

If you want to know what to expect from this week’s Supernatural, here’s 10 teasers plus 15 single word clues from our advance viewing of Supernatural season 15, episode 17 “Unity.”