We use cookies to ensure that we give you the best experience on Hypable. If you continue to visit us, we will assume that you are happy with it.
7:16 pm EDT, March 9, 2020

‘Supergirl’ season 5, episode 14 review: Manipulation can give you anything

On Supergirl season 5, episode 14, Lex blackmails Kara with her secret to be Andrea Rojas’ bodyguard before the launch of Obsidian North’s virtual reality lenses, as someone is set on making sure Andrea’s tech doesn’t succeed.

Supergirl season 5, episode 14 started to put the focus back where it belongs, as Obsidian North’s virtual reality lenses were finally set to launch and Andrea Rojas’ life was put in danger to stop the launch. Where Leviathan has been concerned, this season has been dramatically failing, but it seems like things are, hopefully, looking up.

Meanwhile, Lena’s work on Project Non Nocere continues and she begins human trials, using Lex to help her move the project along and make great strides toward a completed product. But what is this story doing to Lena, a character we’ve seen fight off the darkness for so long? 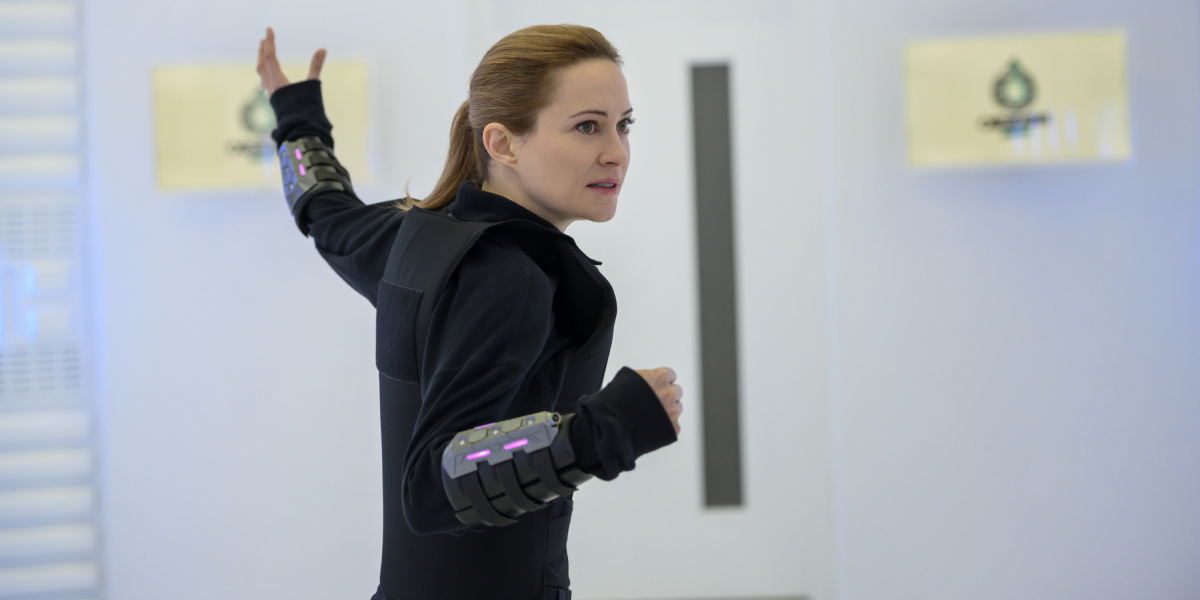 I did enjoy Supergirl season 5, episode 14, though maybe that was just in comparison to episodes 10-12, which were disastrously boring and lackluster. I do wish, however, that like the trailer and description teased, the episode followed through on putting the focus on the women of Supergirl. Instead, the episode was all about how the men currently on the show were impacting the women and their choices…

Of the season, I’d say this episode still fails to top anything done in the first half of season 5, but it was finally nice to see some plot movement. For a season promised to be all about technology, that aspect is still missing, in my opinion. The lenses haven’t really been used for anything yet, and we still have two more episodes (one Nia-centric episode and one Alex-centric episode) before it seems that the focus on Leviathan will be at the forefront of the show.

Kelly Olsen has so much potential on 'Supergirl'

Considering there are only 20 episodes this season, and the Leviathan story has barely been touched upon, is six more episodes total even enough to finish this story? It really doesn’t seem like it. 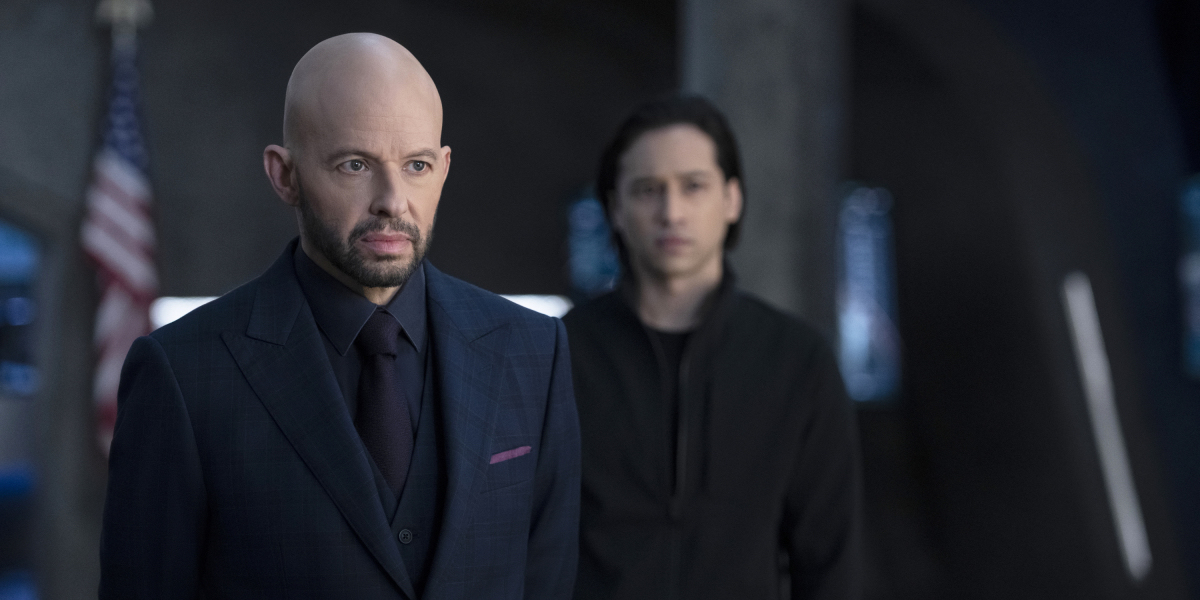 It’s so disheartening to see Lena continue to be manipulated by Lex on Supergirl season 5, episode 14. It’s obviously not an excuse for what she’s done, but it’s so clear how much she’s hurting because of what has become of her friendship with Kara, and how desperate she is to make it stop. The entire purpose of Project Non Nocere is to create a world where humans can’t hurt one another like so many have done to her (Kara, Lex, Lillian, the list goes on and on).

I truly do not think the writers understand what they’re doing with Lena, and they’re slowly destroying her with every episode. This isn’t the Lena we’ve come to know over the last three seasons. She stated, correctly, exactly how deluded she’s become by obsessing over this project, and equated herself to Lex (which isn’t true, but that’s the “dark path” she’s supposedly headed down). How can the writers make Lena state this, and then have her turn around and get Lex’s help to move forward with Non Nocere? It doesn’t make any sense, and it’s such a destructive story to tell.

Lena is a victim of abuse at the hands of Lillian and Lex, who spent years torturing her with her emotions. She grew up in a home where she wasn’t wanted or accepted, and as an adult, she strove to make a name for herself outside of what everyone expected from a “Luthor,” which she was still doing by the end of season 4. Being betrayed by the person closest to her sent her spiraling, but not enough for her story to have, realistically, come to this point. Her past isn’t an excuse for her current actions, but it’s a reason why the Lena we’ve come to know for three years would never do this, if she was being written well.

And if the writers weren’t going to have Lena try to change, the writers shouldn’t have had her address exactly what she’s been doing with Lex and acknowledge that she’s on the wrong path. 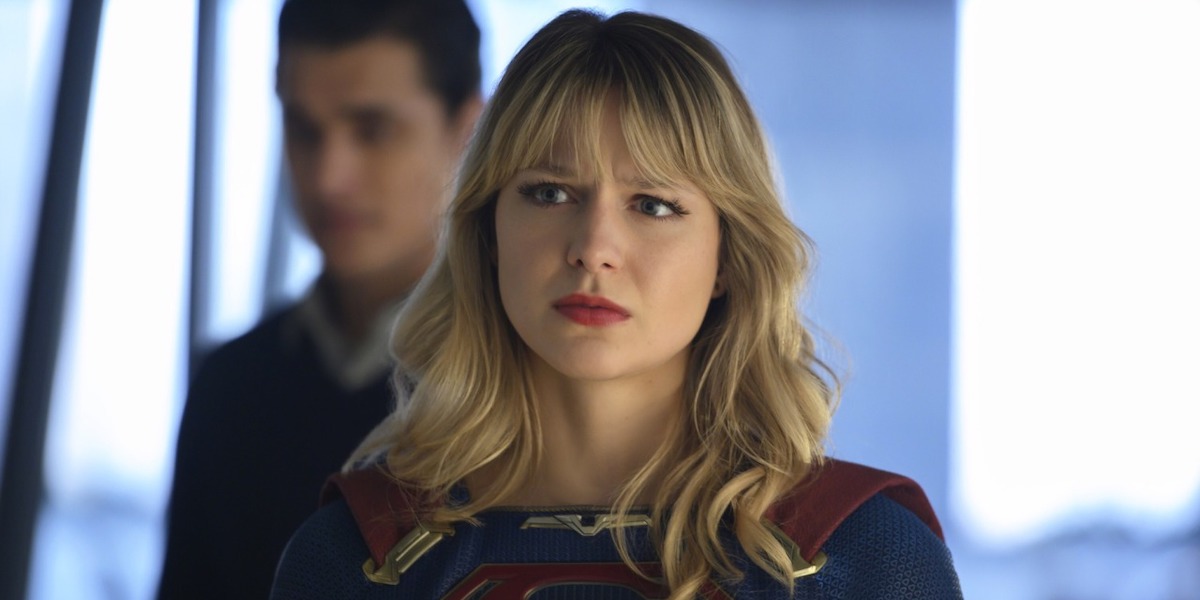 Oh boy, by far the worst part of Supergirl season 5, episode 14 was how the Kara and William “romance” was handled. To keep it short, I’m absolutely disgusted that the writers went down almost the exact same path with William that they did with Mon-El, as if they didn’t learn the first time.

Painting William out to be the “nice guy” as he’s continuing to pursue Kara after she turned him away (whether she wanted to or not) is not a good look. He didn’t deserve to be rewarded for continuing his pursuit, ignoring her very clear statement, and halfway apologizing when he admitted he was wrong and should have listened to her. William would have been a better man if he had just listened to Kara in the first place; just because she apparently has feelings for him doesn’t make what he did any less wrong.

I mean, worst of all, none of this story even makes sense. Their romantic interest came out of nowhere, after literally no buildup beforehand during the first half of the season. Now, because of his interest in Kara, William’s being painted as this wonderful man who has significant feelings for Kara, but where? When? How did this happen, and where were the fans while it was happening? This kind of story is definitely not one that “Crisis on Infinite Earths” can be used to explain away, that’s for certain.

Kara deserves better love interests than the people she’s had, and she deserves a real love story after saving the world for so long. William isn’t it, and I don’t care how many times the writers try to tell us he’s a “good guy,” I’m not buying it or his “growth” after they showed him to be a dick in the early episodes of the season (before he disappeared for, like, half of the episodes that have aired). 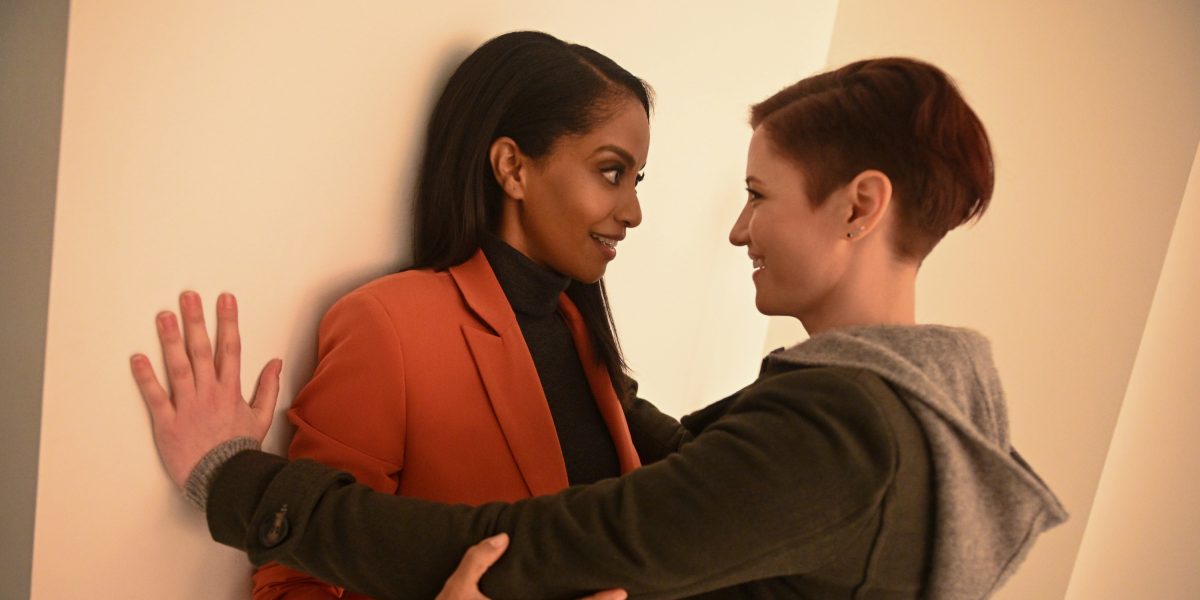 After all this time, it’s so incredible to see Alex free of the fascist DEO on Supergirl season 5, episode 14. It really feels like being part of that organization has hindered Alex’s development from the very beginning, but especially over the last two and a half seasons. Now, we can finally see what type of hero Alex is when she doesn’t have an elite team backing her, but instead is just another one of the super friends.

While we only saw a few glimpses, Alex is now doing alright with this change, and now I want to see how it impacts her relationship with Kelly (and what she’s going to do with her life now). This is the time where Alex could try to move forward with having a baby, since she’s in significantly less danger now.

Additionally, Kara and Alex’s relationship has really fallen to the wayside for a while now, outside of a few incredible moments. I’d love to see these sisters work side-by-side to stop Leviathan, counting on one another alone for backup. We don’t need Brainy, J’onn, or any other heroes involved, just the powerful and unstoppable Danvers sisters. There are so many possibilities for Alex now that she’s free, and I hope the writers really take advantage of this. 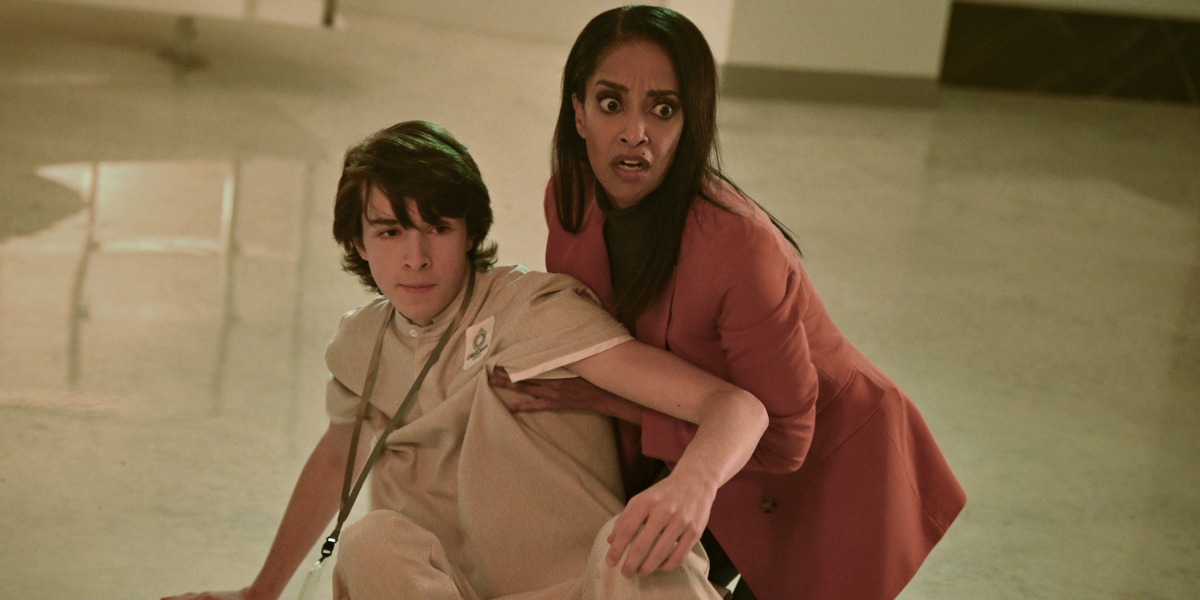 Though Supergirl season 5, episode 14 was, once again, very light on Nia, I’m really excited to see what’s in store for her on the next episode as she takes center stage. Also, I’m quite surprised that Kelly was actually allowed to say, like, four lines on this episode… It’s progress, but things really need to step up.

The focus on Andrea could have been much better since this episode was supposed to be about her company’s technology taking off, but nonetheless, at least we got to see something from her. And we know she’s still Acrata, which could have interesting implications for the rest of the Leviathan story. Still unsure whether I’d want Andrea to stick around for season 6 or not, but these last episodes really need to work to make the focus she’s received this season mean anything at all. So far, I’m not impressed with any of the new characters or plots that have been introduced.

Supergirl continues Sundays at 9 p.m. ET on The CW!