Stranger Things makes its triumphant return to our lives this week with season 3, and, to put it simply, it’s the best the show has ever been. And you can trust me. Friends. Don’t. Lie.

Are you ready? Have you prepared yourself to dive back into the world of Hawkins, IN and all the chaos that goes with it? I can assure you, however prepared you may feel for this season, you’re just… not.

Returning to Hawkins, Indiana is always a twofold experience. You’re excited to see what all your faves have been up to, but you’re equally as nervous for them because a new season of Stranger Things means things are about to get spooky in the Indiana hamlet once again.

I loved the mind-bending drama of season 2, and I wasn’t sure the Duffer Bros would be able to top it. I’m ecstatic to be able to say they did. They really did. And they did it in a way that I never expected to see coming. It seems that the best way to top a great season is to let your young actors age a little and then let their hormones run a little wild. 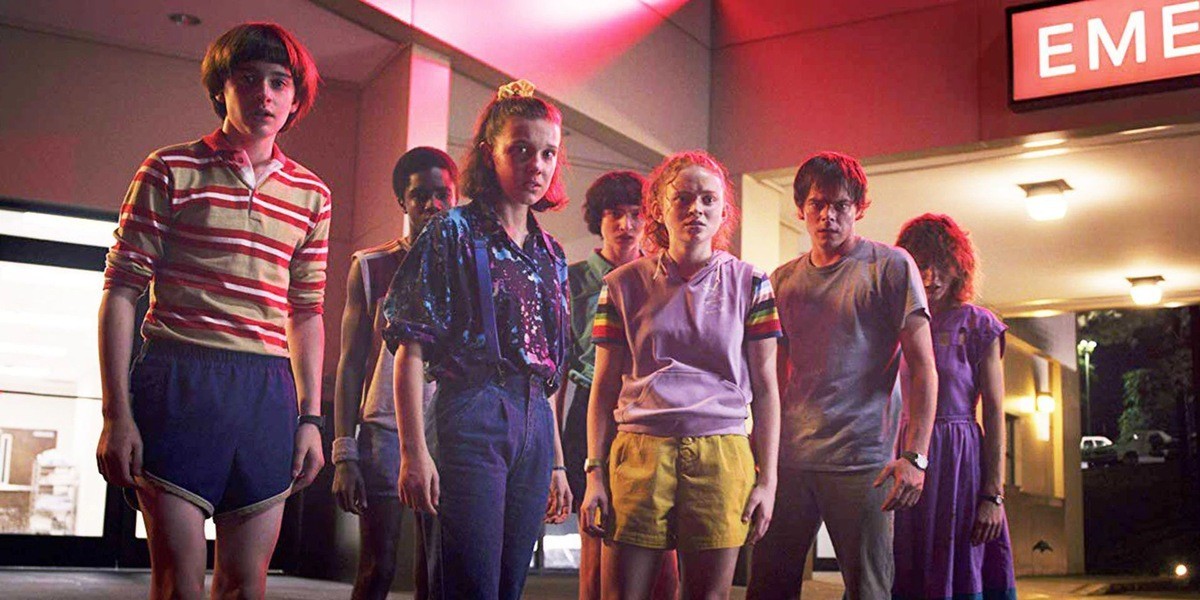 If you set aside all the Stranger Things-iest parts of season 3, there is a delicate and familiar coming-of-age story holding the core of this incredible tale together. Four friends, whose interests and maturity levels and priorities are all shifting, are experiencing the first pangs of desperation that come along with the scariest part of growing up: change.

Frequent D&D sessions have been replaced with makeout sessions. Dressing in costumes has been replaced with dressing up for dates. Some have new friends or new interests that are pulling them away from the group. The only constant for the foursome is that things are constantly in flux, and nothing is exactly as it was when we premiered season 2 a year and a half ago. And then things take a turn for the crazy. This is Stranger Things, after all, not a Disney channel sitcom.

And things are changing for our other faves, too. Hopper is going a little crazy in his dad-hood. Steve is contemplating his future while scooping ice cream at the Starcourt Mall, Nancy and Jonathan are interning at the Hawkins Post, and Joyce is watching Hawkins’ bustling downtown district become a ghost town thanks to the new mall nearby. It’s a whole new world in Hawkins, and it’s affecting all our faves.

But not as much as this season’s mystery is going to affect them. I mean, Stranger Things has become synonymous with some crazy creep factor, pretty rad ’80s references, and watching a pretty damn brilliant troupe of teens throw themselves headfirst into danger and mayhem in order to protect their town and all the people in it. 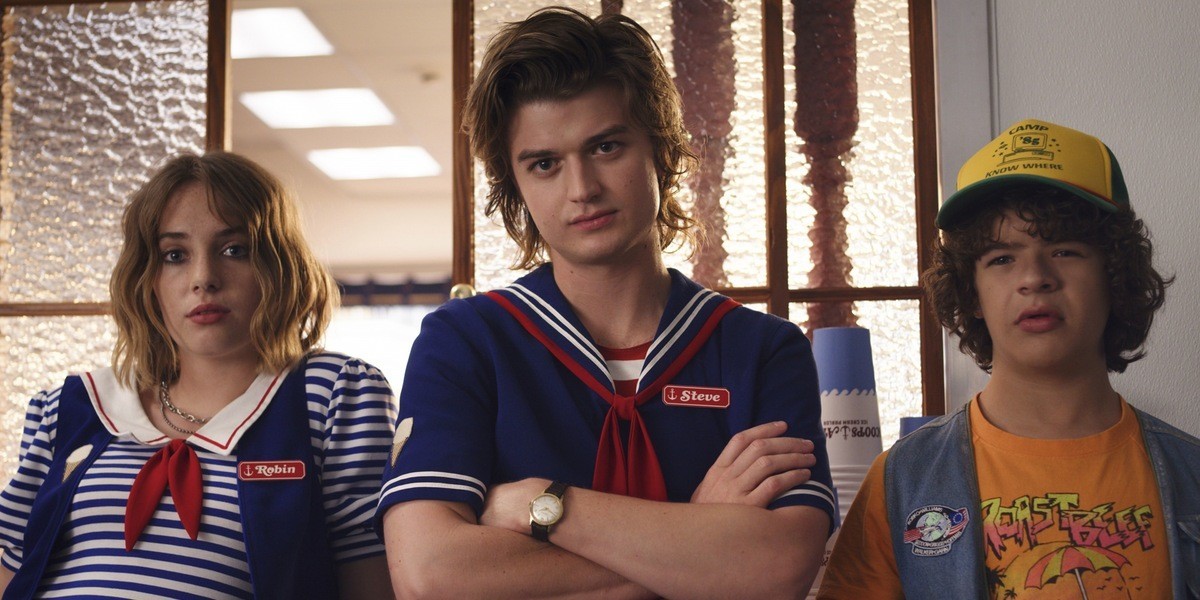 Okay, so, a Stranger Things season 3 review wouldn’t be anything if it didn’t talk a little bit about the spooky parts, too, right? I, an avid horror movie avoider, found this season’s creepy element every bit as terrifying as those from seasons’ past, with some truly, viscerally disturbing moments along the way, but I loved every moment of it. I may have watched a scene or two from between my fingers, but I feel like that is more of a selling point for Stranger Things than any sort of detractor.

I promise that you will want to watch this season from start to finish. There are some stellar cliffhangers mixed in with some textbook sci-fi tropes that make this show work in a way that nothing else has going for it. Stranger Things is one of a kind, and it’s reinventing itself in the most wonderful ways each and every season.

This is my favorite season of this show. And I think it always will be thanks to the characters. Sure, there’s a baddie and chaos and craziness, just like any season of Stranger Things, but this one took the character growth and development of these beloved people seriously in a way I never thought they would be able to. I don’t think there’s a single character in this season that doesn’t grow in some profound way. And we may have added a new face or two to the crowd. Because there’s always room to love a little more.

So, this July 4, grab some popcorn and tuck yourselves in for a Stranger Things season 3 marathon, and then, if you’re brave enough to venture out in the dark, go catch yourself a great big fireworks show. You’ll probably spend the whole time thinking about everything the Hawkins gang endured in season 3. In fact, I dare you to think about anything else. It’s that good.

Which character are you the most excited to see in ‘Stranger Things’ season 3?