We use cookies to ensure that we give you the best experience on Hypable. If you continue to visit us, we will assume that you are happy with it.
9:00 am EDT, May 4, 2020

The book is longer than 'Twilight'!

The long-awaited spinoff, which is the original Twilight story but from Edward Cullen’s perspective, will hit book store shelves on August 4, 2020. You can pre-order it now.

According to Amazon, the book is 672 pages long, which is about 130 pages longer than Twilight.

“I am very excited to finally, finally announce the release of ‘Midnight Sun’ on August 4,” Meyer said. “It’s a crazy time right now and I wasn’t sure if this was the right time to put this book out, but some of you have been waiting for just so, so long. It didn’t seem fair to make you wait anymore. Sorry about the bad timing. Hopefully this book can be a distraction from the real world. I’m so excited to finally be able to share it with you.”

Meyer’s website hints that she’ll be going on a book tour to promote Midnight Sun, and that she’ll be releasing a music playlist to accompany the novel. Longtime fans may recall that Meyer has posted a playlist for each of her books on her official website, to share songs she thinks reflect what’s going on in the story.

The (surprising!) Midnight Sun cover is below. It depicts the inside of a pomegranate: 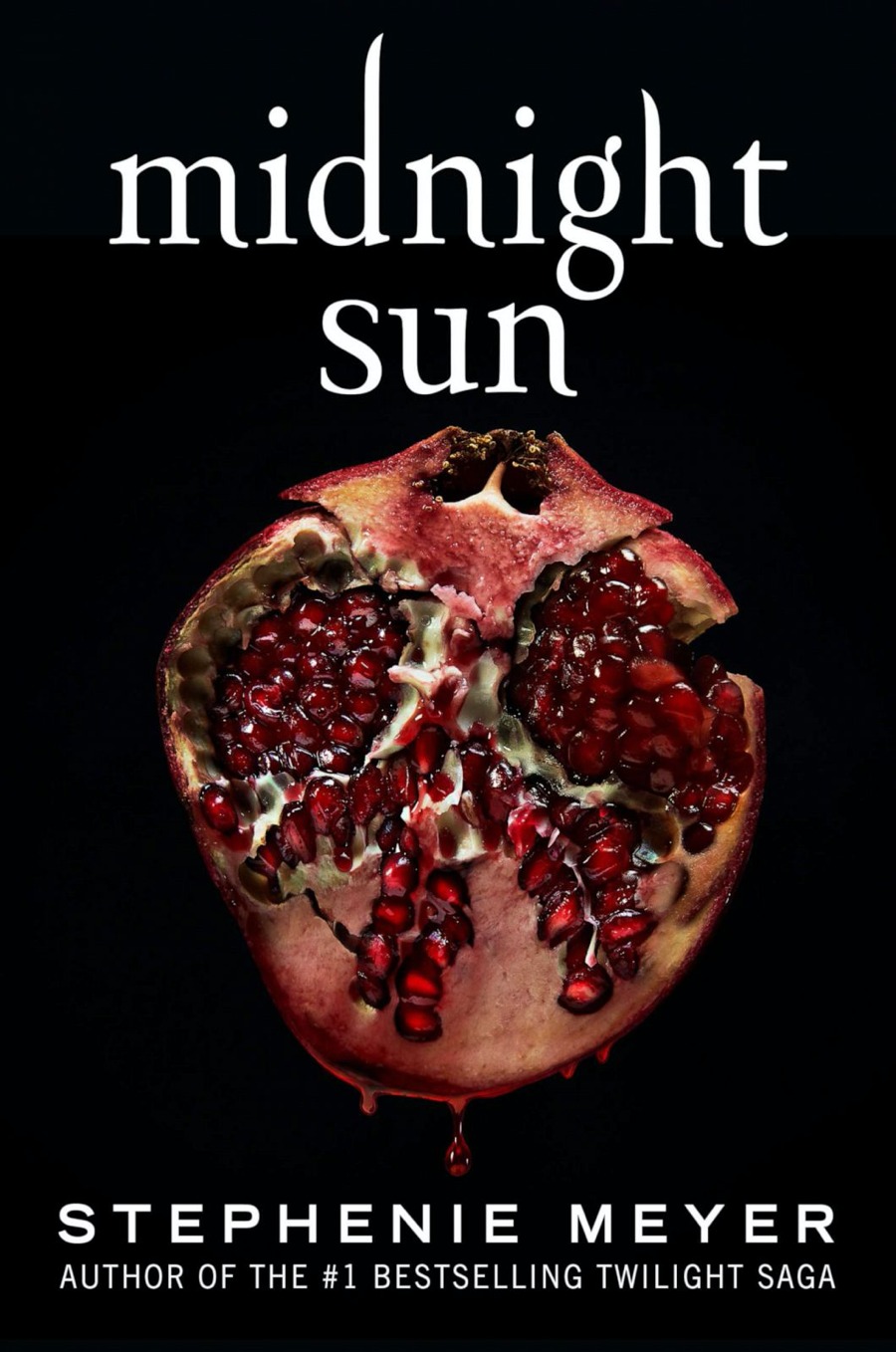 Twilight fans know that this has been a long time coming. Meyer was writing the book after she finished the original saga, but stopped work on it in the summer of 2008 when an early draft of Midnight Sun leaked online.

She later returned to writing Midnight Sun in the mid 2010’s, only to stop writing it again when E.L. James published Grey, which is the first Fifty Shades of Grey from Christian’s perspective. The Fifty Shades series started as a Twilight fan-fiction.

The final book in the original Twilight Saga, Breaking Dawn, was published on August 2, 2008, making it 12 years nearly to the day that Midnight Sun will be released.

Since then Meyer has published a handful of Twilight spinoffs including The Short Second Life of Bree Tanner, Life and Death (a gender bent Twilight), and an illustrated encyclopedia.

In an interview with Hypable conducted when Meyer published Life and Death, she promised fans that she would complete Midnight Sun one day.

“My mother is going to kill me if I don’t [finish] it,” she told us. “It’s more true than you know. This is all she wants from me. Every birthday, every Christmas present I get her, [she goes,] ‘You know what I really want?’ This is my life.”

Stephenie’s mom and fans around the world finally got their wish.

The first trailer for The Matrix Resurrections is here, and it’s bound to get fans even more excited for the fourth installment of the franchise.