We use cookies to ensure that we give you the best experience on Hypable. If you continue to visit us, we will assume that you are happy with it.
4:44 pm EDT, April 12, 2019

The Star Wars: Episode IX title has finally been revealed! Let’s break down what The Rise of Skywalker title might mean.

It certainly took long enough, but in retrospect, it was probably worth the wait. The final installment in the Star Wars saga will be titled Star Wars: The Rise of Skywalker, a name that packs epic Star Wars lore and promises of greatness into just four short words. But there’s loads of enigma stuffed into this brief title as well, so let’s try and unpack some of what might be hidden in The Rise of Skywalker.

What does ‘The Rise of Skywalker’ title mean? 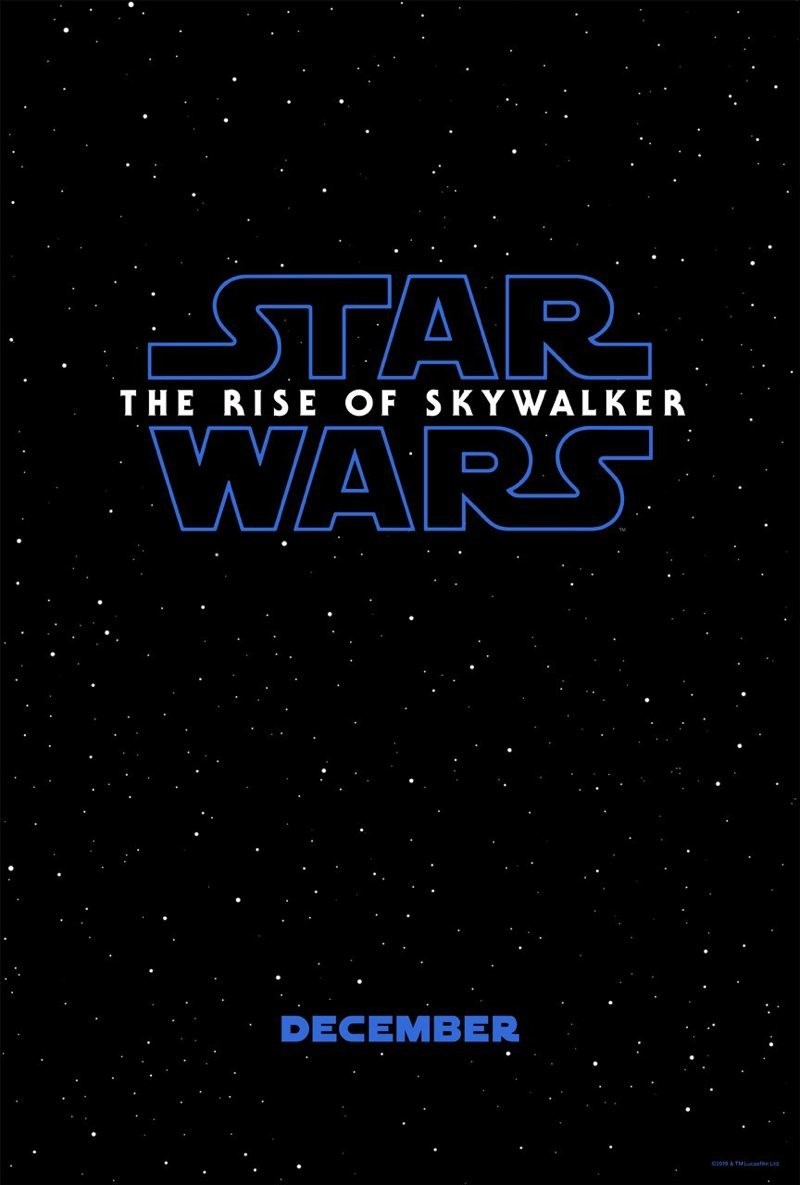 Hooo boy. There’s a loaded word if ever Star Wars gave us one.

On an aesthetic level, “Rise” compliments the final installments of the Star Wars trilogy and its prequels. Star Wars: The Rise of Skywalker now harmonizes with The Revenge of the Sith and The Return of the Jedi in both its nice round “R” and its sense of movement and strength.

Related: Star Wars: The Rise of Skywalker teaser trailer breakdown: “This is your fight”

More importantly though, “Rise” is an aspirational word. It connotes ascendancy, power, and growing energy; it speaks of potential. That isn’t necessarily a positive thing (“Darkness rises and light to meet it,” anyone?) But though the two titles don’t share a single word (not even the article!) The Rise of Skywalker feels like an echo of A New Hope.

It feels like dawn is on the horizon for the galaxy — that even as the Skywalker Saga comes to an end, something new is about to begin.

Yeah, we don’t need to spend any time on the preposition. Onward to the most exciting part!

Oh my Jedi. Where even to start?

On a meta level, it should be noted that this is the first time that the title of a Skywalker Saga film has directly referenced the Skywalker family. Clearly, the time for vaguer references to “Hope” and “Menace” and even “Jedi” has passed. Star Wars: The Rise of Skywalker is the Skywalker story, and their name is on the tin.

But the major question, of course, is who is the Skywalker referenced in the Star Wars: Episode IX title? Let’s break it down.

Okay, so obviously Luke Skywalker died and became one with the Force at the end of The Last Jedi. But this is Star Wars! It doesn’t seem likely that Luke will come back to life, but his power as a Force ghost is almost certain to be significant. The end of The Last Jedi, and even the thrilling Rise of Skywalker teaser trailer, make it clear that Luke has a tremendous influence on Rey and her mission.

So could Star Wars: The Rise of Skywalker be Luke’s real last hurrah? Or is it the next generation whose rise is predicted?

The “Rey Skywalker” theory has been out of vogue for quite a while in Star Wars fandom, especially as Kylo Ren appeared to reveal Rey’s origin as a unwanted orphan of unfit parents back in The Last Jedi. But with the Skywalker name concluding the trilogy, and Rey positioned again as the trilogy’s main character (quite possibly the “legend” referred to in the trailer), the possibility must be considered.

Luke’s mystery daughter? Leia’s never-before-mentioned missing child? Shmi Skywalker’s kid who was frozen in time on Jakku for the entire length of the Saga?

Yeah, it’s unlikely, sure. But we can’t count anything out at this stage.

Oh gosh, this hurts. The loss of Carrie Fisher in 2016 sent shudders through the Star Wars galaxy that fans will feel for years. Leia was intended to be the central legacy figure of Episode IX, but Fisher’s death meant that her role in Star Wars: The Rise of Skywalker will be much reduced, stitched together from unused footage from previous films.

Despite, or perhaps because of this, it would be incredibly powerful to have Leia stand as the Skywalker referenced in the Saga’s conclusion. The Princess-turned-General never had the chance to really confront her origins as the daughter of Padme Amidala and Anakin Skywalker. Whether through flashbacks, the Force, or some other mechanism, perhaps some hope remains; maybe JJ Abrams has found a way for The Rise of Skywalker to bring closure to the Star Wars galaxy’s first and most enduring female icon.

The fate of Kylo Ren (aka Ben Solo, aka Supreme Leader of the First Order, aka somewhat sad but mostly terrible jerkface boy) is definitely one of the most pressing questions of Star Wars: The Rise of Skywalker. Kylo Ren has done a whole lot of evil over the course of The Force Awakens and The Last Jedi, and he really doesn’t seem to have much in the way of regret.

But this is Star Wars, and even Darth Vader found redemption at the end. So though it’s hard to fathom at this stage, it is possible that The Rise of Skywalker is referring to Ben Solo. That doesn’t necessarily mean redemption or goodness — Anakin Skywalker could be pretty nasty while he was still Anakin Skywalker.

But we can’t ignore the possibility that the positive phrasing of The Rise of Skywalker means that Ben will return to the boy he was meant to be. Shedding the shell of Kylo Ren and embracing the light of his Skywalker heritage won’t be easy. (In fact, it will be very, very hard, and the messaging around it could be weird, and it’s honestly hard to predict how they’re going to wrap this all up.) But whether through death like his grandfather or some other kind of powerful repentance, it is possible that Kylo Ren’s redemption arc is the key to this enigmatic Star Wars Episode IX title.

5) We are all Skywalker

This is the theory that seems to have captured so much of the internet’s attention. What if, after the loss of Luke and Leia, Kylo Ren’s abandonment of his heritage, and no clear successor to the Skywalker name, “Skywalker” becomes more than just a family name?

Multiple possibilities come to mind. Skywalker might be the new title given to the next order of Force users, freeing them from the complicated legacy of the Jedi while preserving a sense of cohesion and mission. Or maybe Skywalker comes to mean a different kind of force — an ideology of freedom and galactic peace that beings across the galaxy far, far away can fight for? Or heck, maybe Star Wars pulls a Buffy the Vampire Slayer, and its climax somehow endows everyone with the powerful Force sensitivity of the Skywalkers, so the entire galaxy is literally “Skywalker”?

In any event, one thing seems clear. After Star Wars: The Rise of Skywalker, that epic name is about to take on a whole new meaning.

Finn and Poe get married and, since Finn has no idea what his last name is, and Poe isn’t especially attached to “Dameron,” they both adopt the name Skywalker and The Rise of Skywalker represents their beautiful and loving union.

Leave me alone, I can dream.

Star Wars: The Rise of Skywalker hits theaters this December.

What do you think ‘Star Wars: The Rise of Skywalker’ means?