All of the details on Picard season 2

Star Trek: Picard season 2 will commence its second mission behind Jean-Luc Picard in 2021. Get all of the details about the series’ next adventure here.

CBS All Access has confirmed that Star Trek: Picard season 2 is greenlit. However, no date has been set for filming or the season 2 release.

Though rumors of a 2021 air date are floating about, delays in production due to the coronavirus has cast uncertainty for the return of the actors, production crews, and the writers’ room. 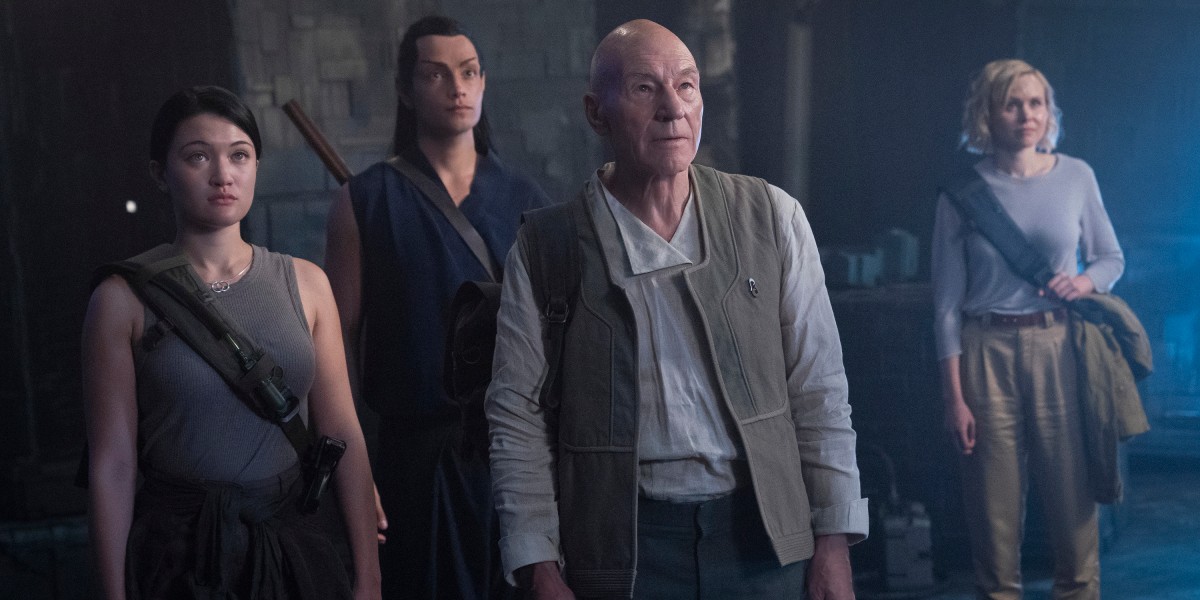 We do know, however, that season 1 showrunner Michael Chabon will not return to the captain’s chair for season 2.

His passion project, The Amazing Adventures of Kavalier & Clay, was picked up by Showtime, and when production gets into full swing, he will be focusing his attention as showrunner with his wife, Ayelet Waldman.

Until then, however, Chabon is serving as an executive producer and has been involved in the season 2 storylines and will write two episodes for the upcoming season.

We saw how the attack on Mars changed the world when we found Picard. What type of world will we step into in season 2’s plot?

Chabon’s tenure as showrunner pulled off the unthinkable — not only did he bring Jean-Luc Picard back for the masses of Next Generation fans, but he killed the beloved character in season 1.

Threads loaded with emotional resonance were pulled together to craft a season that grappled with guilt, loss, and new beginnings for several characters.

From Romulan relocation efforts, to bans on synthetic lifeforms, to finally achieving closure for one beloved character, the first season rounded out Picard’s story in many ways.

However, it also drastically changed the future of the mind that now lives inside a golem. Picard is still a man, still the same person he was inside of his old body, only now he does not have a terminal illness, his mechanical heart is removed, and he has a preset natural expiration date.

For a season that tackled the validity of synthetic life — whatever form it is in — placing Picard in a synthetic body has surely set the course for some major philosophical questions. Here’s what we’d like to see in the season 2 plot. 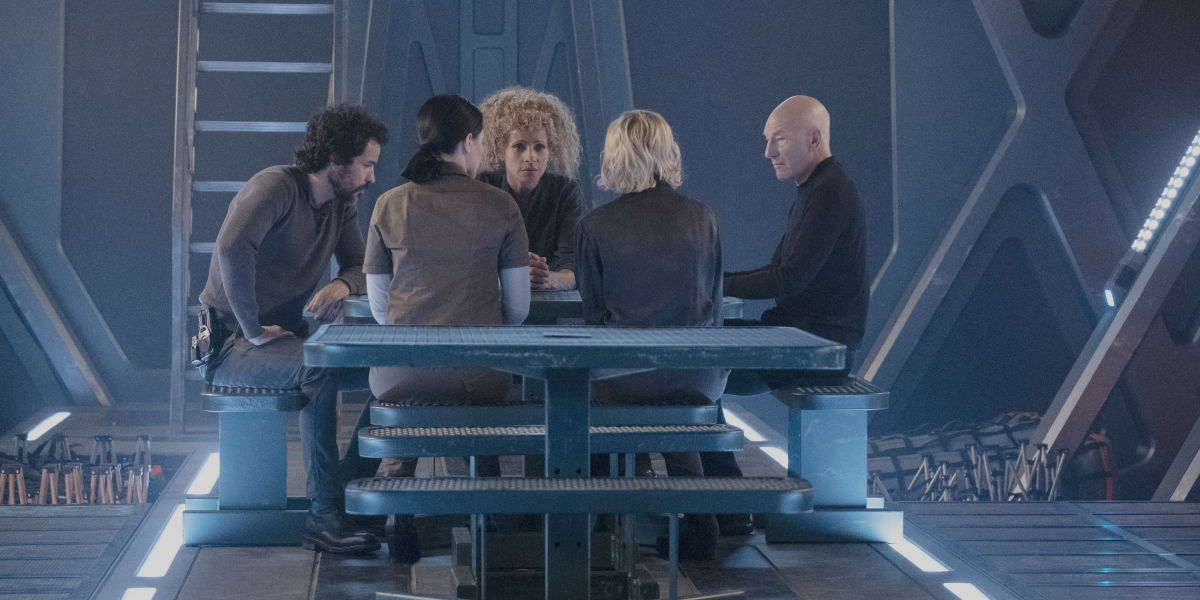 To quote Chabon, from an Instagram Q&A (because in 2020 this is how we get our information now), “We don’t have a crew, per see; we have a cast of characters, an ensemble.”

What does this mean for the assembled members of the La Sirena?

Hopefully, it means that we will be able to dig deep into their relationships with one another and how they operate without ranks and handed down orders.

Seven of Nine and Raffi’s relationship, hinted at in the last shot of season 1, will also be explored according to Chabon’s chat. Of course, there is also the budding romance between Jurati and Rios, the loyalties of Elnor (who is the most hopeless aboard that ship?), and the return of Jean-Luc to command.

Ideally, it will be a cooperative arrangement. Rios will have a mission, Raffi will have a mission, Jurati will be off ship standing trial for murder, and the entire group will need to play to their strengths while respecting the leadership of others when it is not their place to be at the forefront.

Seven of Nine and Rios have the most to gain from this arrangement. Her skills in the Rangers and dedication to aiding the xBs, combined with Rios sudden adaptation to present company, will be tested as they discover new missions together.

Keep Starfleet out of it 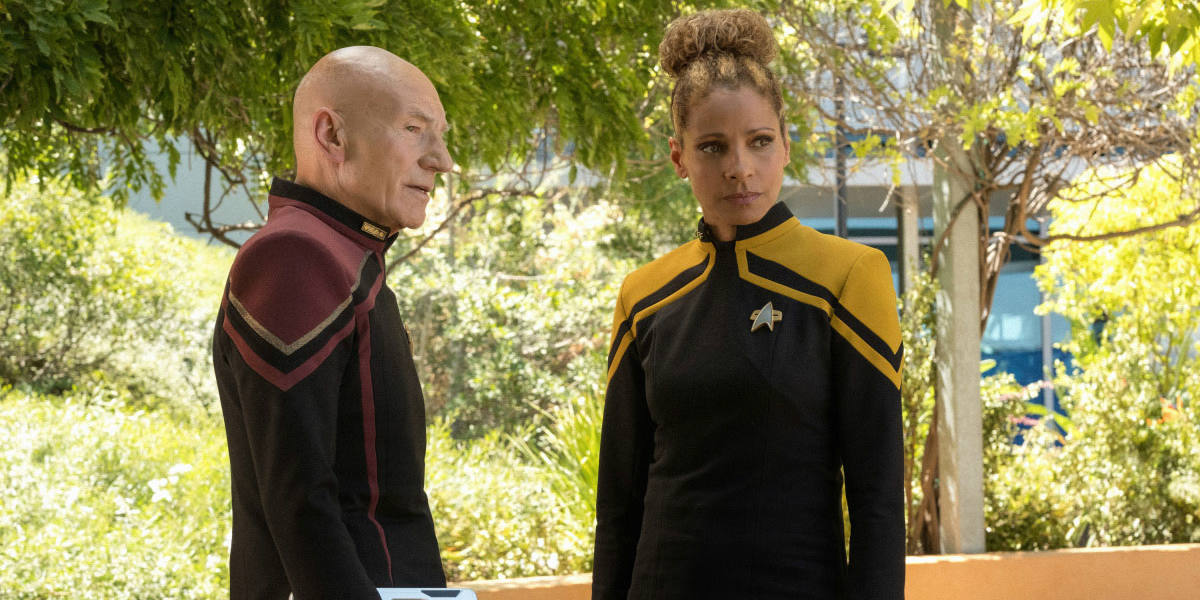 From the closing lines of the season 1 finale, it would appear that the term, “Admiral” has been reinstated to Jean-Luc Picard. However, is that the best course of action for the series to follow?

When everyone takes their place on the bridge, they are united under one pin — that of the La Sirena. An independent vessel that will likely run into enough trouble on its own, without being assigned to diplomatic missions under orders of the Federation.

Besides, as we have seen, Picard is not terribly concerned with doing what others want; he simply wants to do the right thing. Some fallout from season 1 will likely need to be handled and hopefully, this can be wrapped up seamlessly, even with a brief time jump.

Starfleet did come to Picard’s aid when Coppelius was under siege, the Romulans did almost violate a treaty and are now proven to be the force behind the attack on Mars, and the ban on synthetics is lifted.

As mentioned, Picard now finds himself completely healthy, but dealing with yet another major adjustment in his mentality. He survived being Locutus, but as we saw in this season, those damaging days under control of the Borg never fully left him.

Now, his mind remains unaffected, but he is in another vessel, a body not his own. His relationship with Data, with Soji, with most synthetic life has been one of unequivocal acceptance. How will that change now that he is in a new body? And how will that change the way that Starfleet treats the Admiral?

Ideally, Starfleet will not play into this change too greatly. They have debated the worthiness of lives worth saving and protecting with rights many times over, and in most occasions, have walked away in the wrong.

Picard will have enough to deal with on his own, without the influence of a governing body telling him what this new outlook on life means for his place in the galaxy. 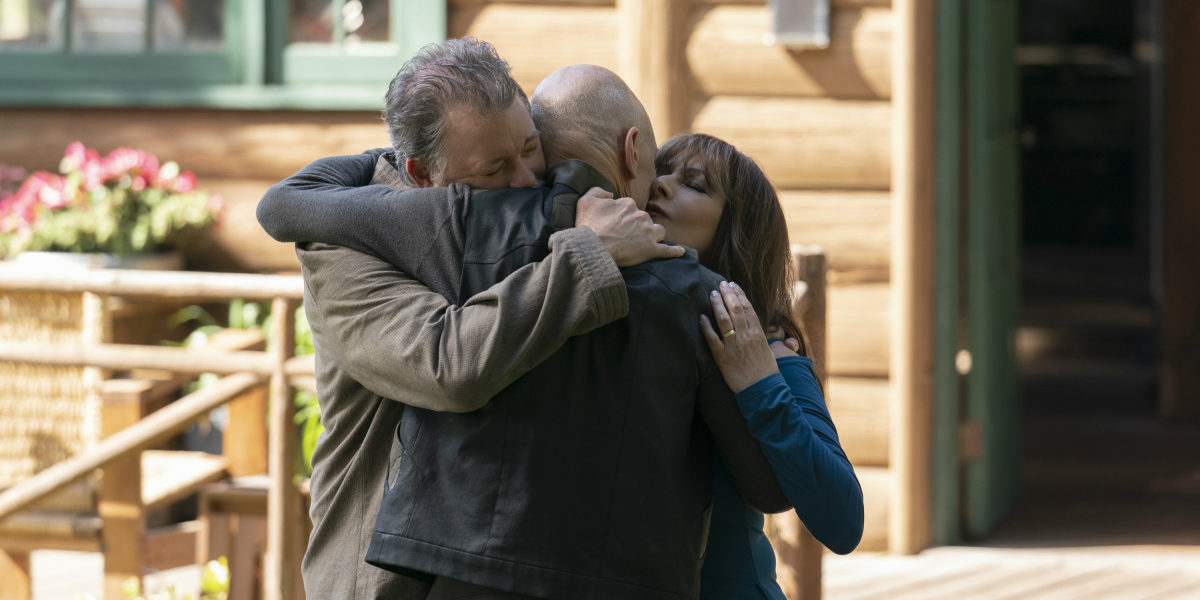 Nostalgia for nostalgia’s sake is not something to advocate for. However, Star Trek: Picard was able to bring back numerous characters, each of them providing the right amount of backstory to justify their appearance.

For William T. Riker, it was the reminder Picard needed that there are safe havens in the universe and people will have your back. Deanna Troi not only came with Riker because they were married, but as a somber reminder that not everything can be solved with a sweeping speech and big personality. Time and attention must be paid to build a relationship based on trust.

Hugh was gone to soon, but luckily, Seven of Nine appears to be sticking around for a while.

And Data… well what can I saw that hasn’t already been said. His return in both dreams and simulation were a fond reminder of the gravity of that relationship and how off Picard has been without Data by his side.

But these returns were also about the need to embrace life, for it will end. Hanging on to Data was going to hold Picard back, and ending Data’s story was the closure he needed to carry on in this new life.

I now trust that the writers will only bring back people if they can make a storyline work. That said, I wouldn’t mind some planet hopping just to check in with La Forge and see LaVar Burton in universe again. 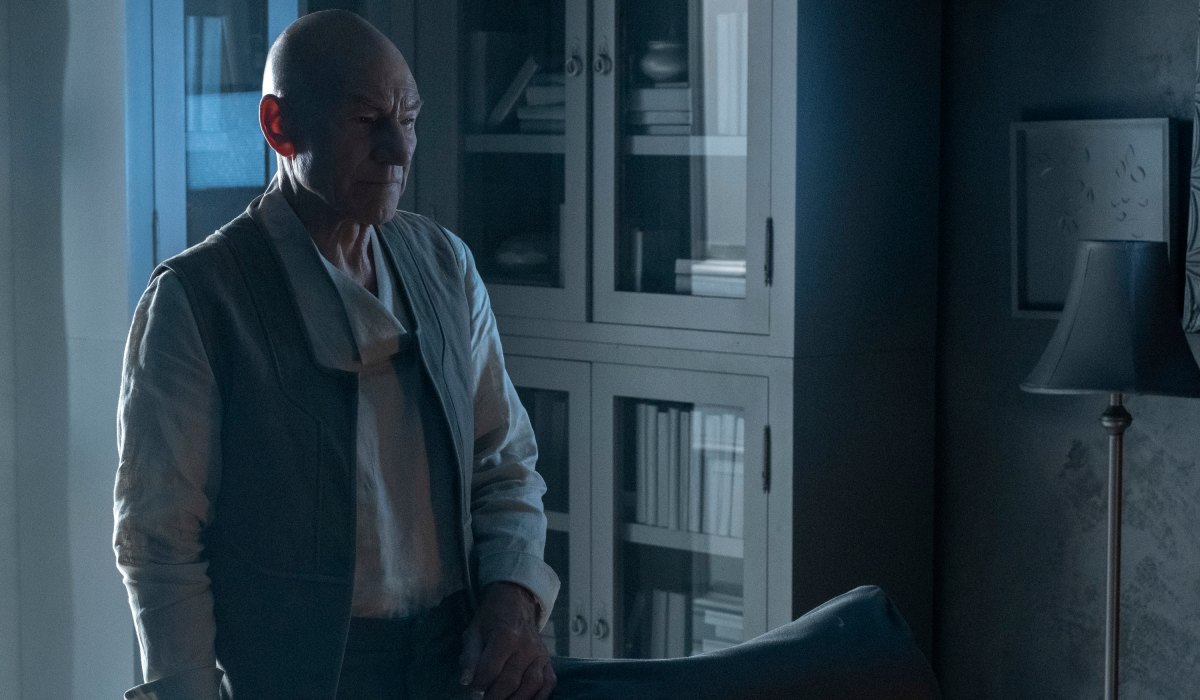 This may be an unpopular opinion, but perhaps Picard should only run two seasons. The series was not meant to last forever, and with so many other irons in the fire for CBS’ Trek catalogue, it may be time to truly retire to the vineyard.

Jean-Luc has 10, 20, who knows how many years left in him. But with the way things operate in space, any day could be his last. So long as Patrick Stewart is willing to step onto the bridge and issue order throughout the galaxy, I will be watching. And if Discovery is any indication, things just get better in season 2.

Unfortunately, even though the story is broken, and the writers are possibly hard at work, the series’ return will depend on when it is safe to get back to work. As with all show currently in production in 2020, it is a waiting game.

Check back for updates on when the series is expected to come back and what you can expect to see when they do! This area will share Star Trek: Picard season 2 episode information as it is revealed. 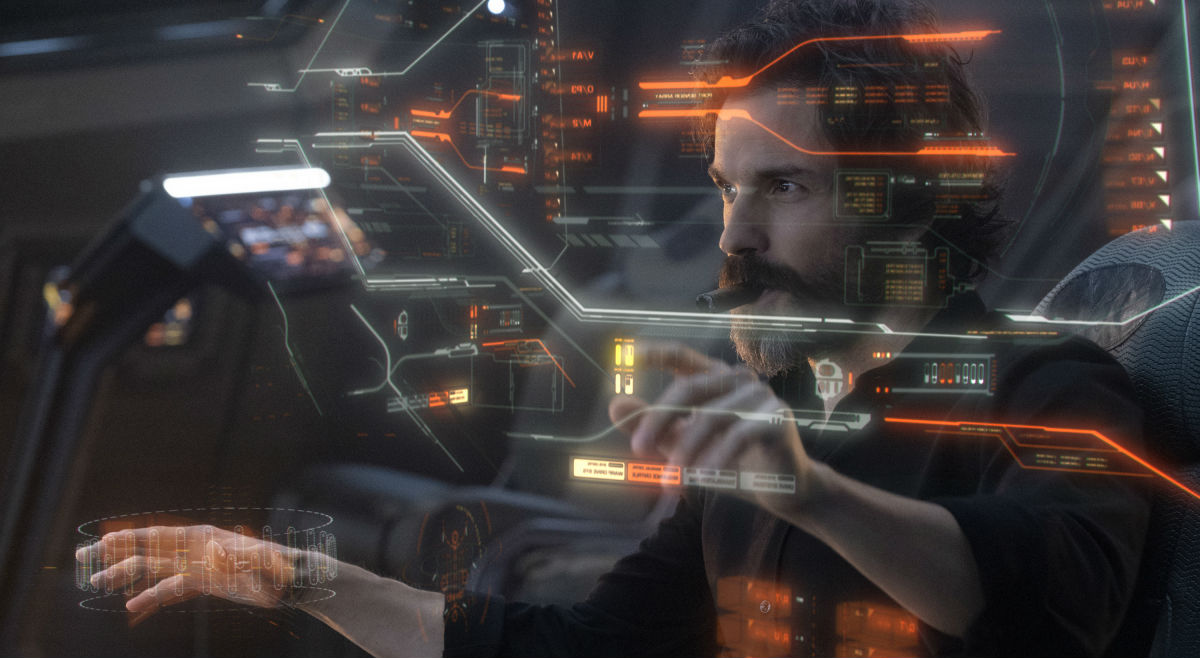 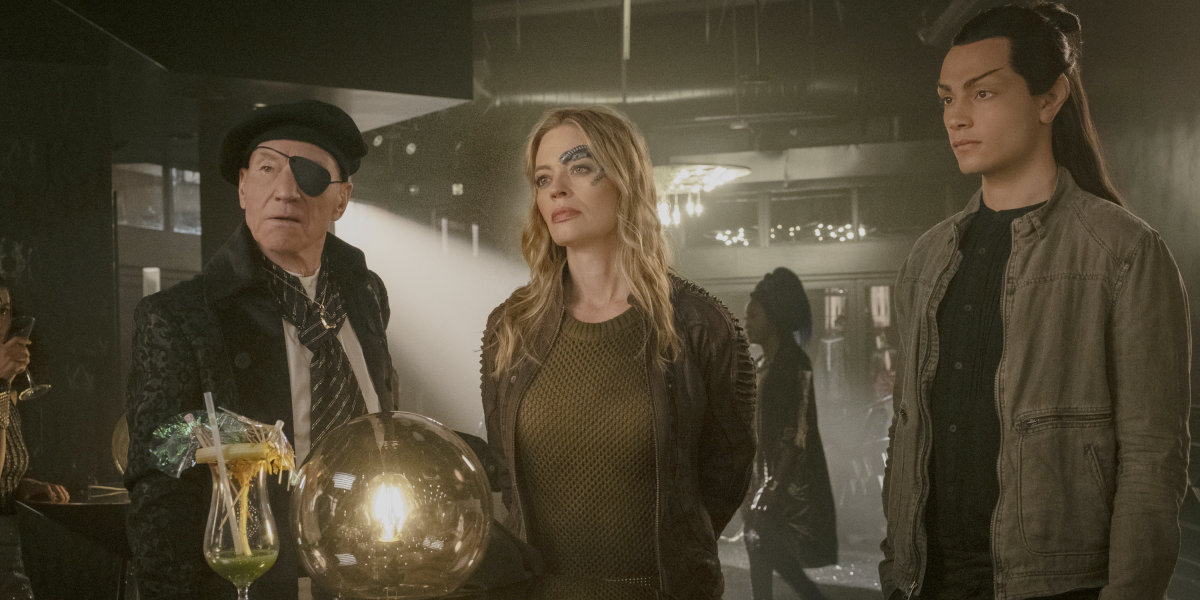 No official casting updates have been posted, but based on the conclusion for Star Trek: Picard season 1, these are the likely members who will return.

Additionally, guest stars, such as Whoopi Goldberg returning as Guinan, the best confidant and bartender in the galaxy, will be updated as they are revealed.

Check out Patrick Stewart asking Goldberg to make her return in his guest appearance on The View.

.@SirPatStew officially invites @WhoopiGoldberg to join season two of #StarTrekPicard: “It was wonderful having you, and we cannot wait to have you with us again one more time.” https://t.co/f8u2wbJuik #StarTrek pic.twitter.com/mxOtyJxF63

Catch up with our ‘Star Trek: Picard’ season 1 coverage

Looking for past coverage? Check out our recaps of season 1 here!