We use cookies to ensure that we give you the best experience on Hypable. If you continue to visit us, we will assume that you are happy with it.
5:02 pm EST, January 31, 2019

The official Shadowhunters 3B trailer is here! We’ve been saying this for months, but is it February 25 yet?!

To catch you up, the mid-season finale ended with an explosive episode that left Jonathan resurrected and clinging to Clary’s arm, Simon nearly blowing up an entire skyscraper, and Magnus trading his magic for the ability to break Jace free of Lilith’s control. Now, with Clary and Jonathan missing, the hunt is on to not only bring them back, but work through the fallout of the events of the first 10 episodes of the season.

Now with this trailer, the final hunt for freedom, power, and love begins.

Watch below and then let’s start unpacking!

Instant reaction — BY. THE. ANGEL.

Reaction after letting it sink in — Wow. Just wow. Let’s get cracking.

First up, Jonathan. Luke Baines’ arrival signals the start of the second Jonathan timeline and a new beginning for these two foes. Valentine and Lilith’s pride and joy certainly makes an entrance what with the fire and wings and all that screaming.

I also LOVED the transition of melding these two faces in the fire. 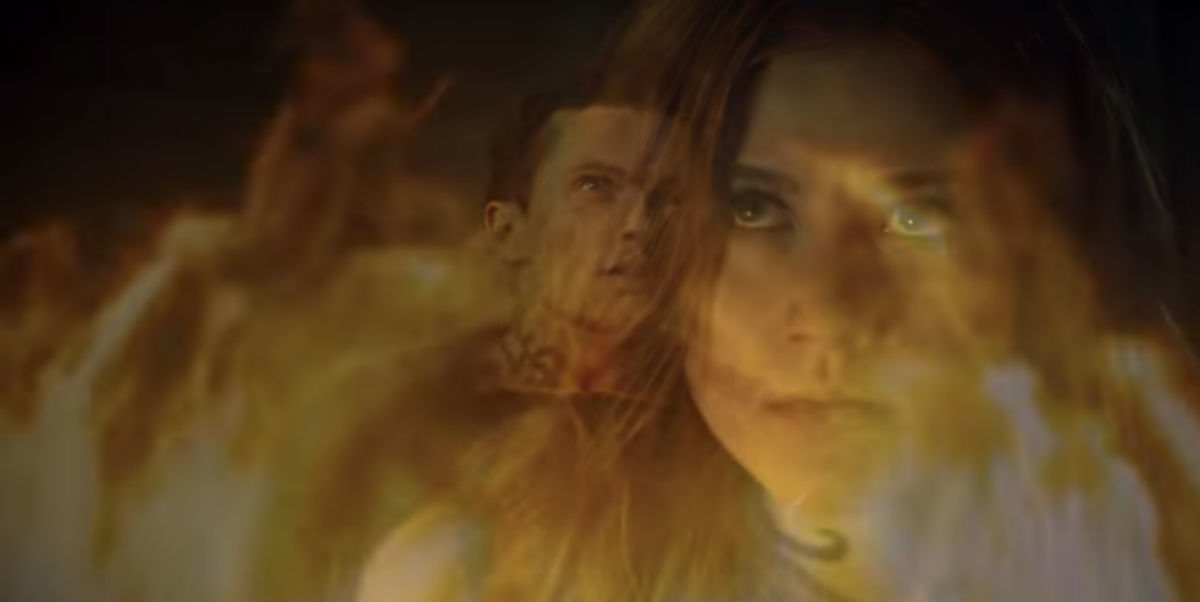 Then we have some Malec moments, including a very curious gaze from Alec when Magnus utters the phrase, “It’s good to be back.” This is shortly followed up by a very charming and swoon-worthy dip. Could this be “the dance” that writer Brian Q. Miller teased for episode 16, “Stay With Me?” But there is also some trouble on the horizon with Magnus seemingly comatose on the floor and Alec leaning over him.

The gathering of Izzy, Alec, Jace, and Clary does not look like a joyous one in the moments immediately following that shot.

Sizzy is a go! Or at least the seeds that were planted in 3A appear to be blossoming into something substantial.

Jace’s “I’ll love you until I die” line, followed instantly by Jonathan driving two blades through his upper body does not bode well for Clace. However, Jace has died before, so everything will be fine, right? Right? Something rattles Clary to a breaking point as she leaves the Institute visibly distraught.

Luke and Maia seem to be reestablishing their relationship upon her return as he suggests a major change regarding her place in the pack.

Are we going out dancing in Prague? 👀

Everyone is at odds with each other at some point (Clary holds a sword to Izzy’s throat!), Jonathan’s hair becomes bleached (and Clary touches his cheek!), and Izzy and Alec face down a swarm of demons.

There is so much jam-packed into these 40-odd seconds that gives us a lot to think about, pick apart, and make sense of in the upcoming weeks. Are you ready?

We’ll leave you with this tweet from Luke Baines. Same, Luke. Same.

What was your favorite part of the ‘Shadowhunters’ trailer?