In a lot of ways, Riverdale season 5 has served as a reset for the show. After wrapping up the high school years, the show skipped right over the awkward and torrid college period, leaving the characters seven years older, more mature, and closer to who they’re going to be.

A lot can happen in seven years, which is evidenced by the fact that Veronica is now married to a guy she hadn’t even met before the time jump, Jughead is already on the precipice of becoming a one-hit-wonder, Betty is actively training to join the FBI, and Archie has already served and been honorably discharged from active duty. On top of that, Cheryl has made enough headway on exonerating the Blossom name that she believes further efforts to be futile, Toni is pregnant and basically running Riverdale High, and Kevin and Fangs left and found their way back to the town where they fell in love.

In spite of all of that change, there’s one thing that always seems to stay the same on Riverdale. One constant that casts a shadow over the entire series. 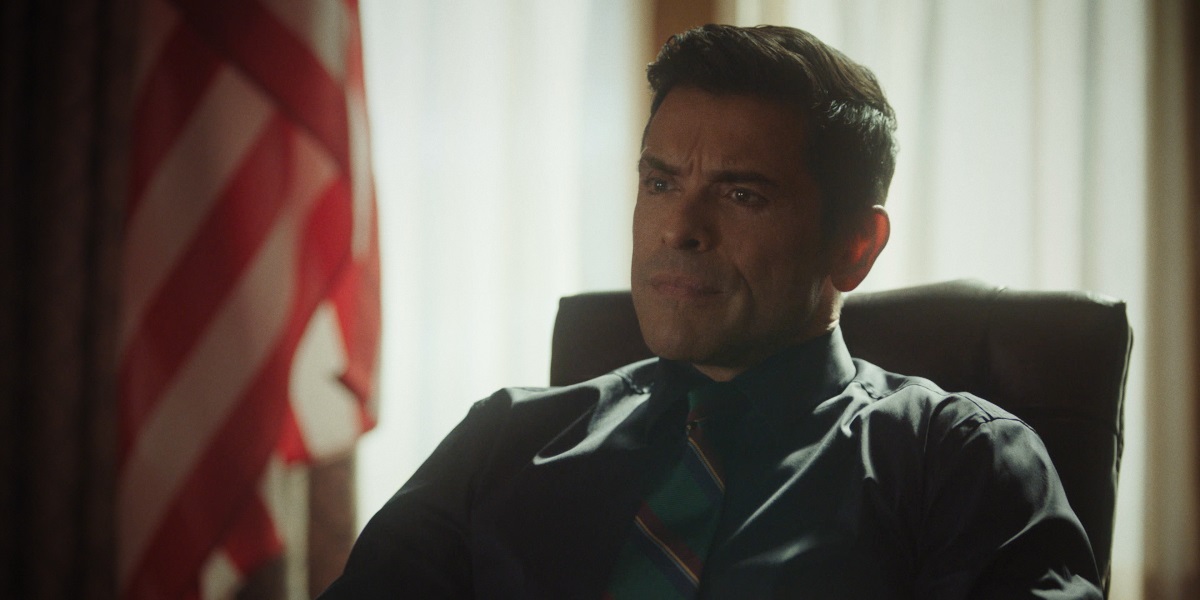 It seems like everything bad has led back to Hiram Lodge since the very beginning of Riverdale, including before we met him at the end of season 1. Even from prison he was the puppet master pulling all of the dark and devious strings in the town, setting the stage for his eventual takeover.

The good thing about villains, is that they’re eventually vanquished. No matter how big or how bad, most of the time, they’re bested. In the vast majority of stories, the hero wins.

This includes Riverdale. In every season so far, the town has fought, and conquered some greater evil. From Clifford Blossom, to the Black Hood, to the Gargoyle King, to the Stonewall Preppies, to the Evernevers, to Charles, anyone who has dared to challenge the little town that could has discovered that they, in fact, could not. Except, of course, for Hiram Lodge. How is this possible?

He’s been responsible for countless crimes, including introducing and selling Jingle Jangle and Fizzle Rocks to the town, testing these drugs on patients at Sisters of Quiet Mercy, shamelessly extorting control from the townspeople, putting Archie away for a murder he had arranged, and on top of many other transgressions, simply treating his wife and daughter with an irredeemable lack of respect.

Despite being at the root of basically all Riverdale evil, Hiram has never actually been the “big bad” of the season. He’s certainly played a role in the show’s biggest mysteries, but he’s never been the villain who’s unmasked at the end. There’s always been a flashier offender to take the heat, allowing Hiram’s crimes to fly under the radar. 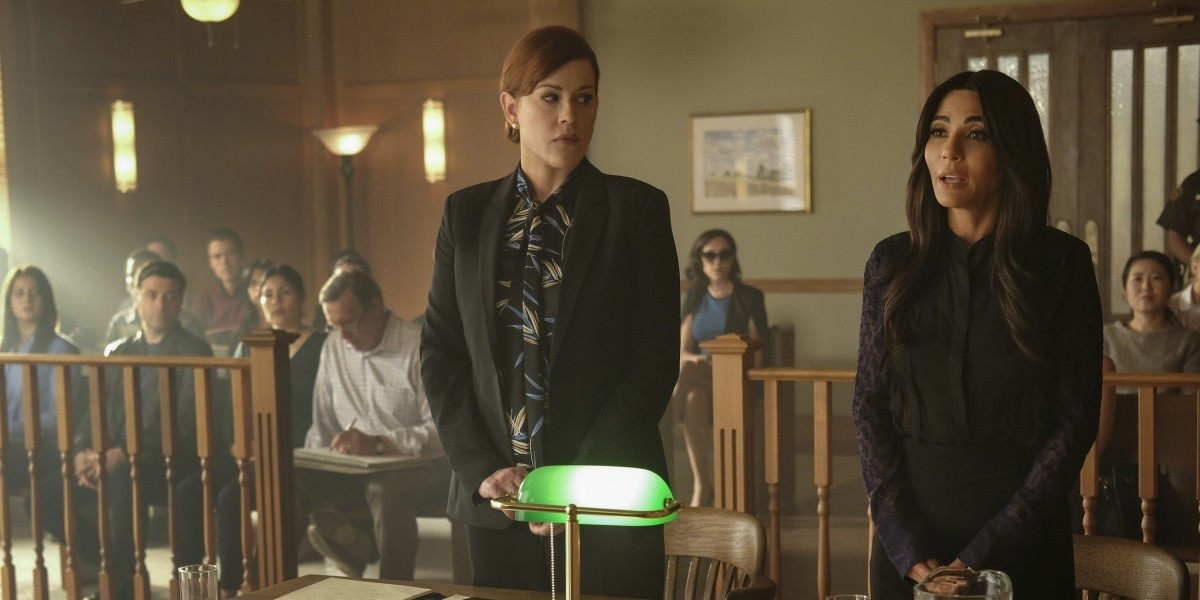 Frankly, I’m sick of it, and I think that Riverdale season 5 finally needs to drive the proverbial (or literal, I’m not picky) nail into Hiram Lodge’s coffin, once and for all.

He’s not even a good villain. He’s a petulant man-child who simply has enough money to buy his way into whatever he wants in Riverdale. That’s it. He’s not some evil genius, he has no discernable talents, and he’s not even fun to watch. He’s just rich, and his only motive is to become richer. It’s so boring and overdone!

Related: Riverdale’s 11 most surprising time jump reveals and what they could mean

It’s not just that his character has lost its intrigue either. The continued reign of Hiram Lodge has come to negatively impact the development of many of the show’s characters. His very presence undermines the integrity of Veronica and Hermione, and at times even characters like Archie, Sheriff Keller, and now Reggie.

It’s become painful to watch them forgive and forget all of his sins and sadism, and unbearable to witness them clamor for his attention and admiration. It was embarrassing before the time jump, but it would be completely inexcusable now. This is especially true now that Veronica may have married her very own tyrant who’s becoming far too friendly with her father, in spite of their extremely complicated relationship. 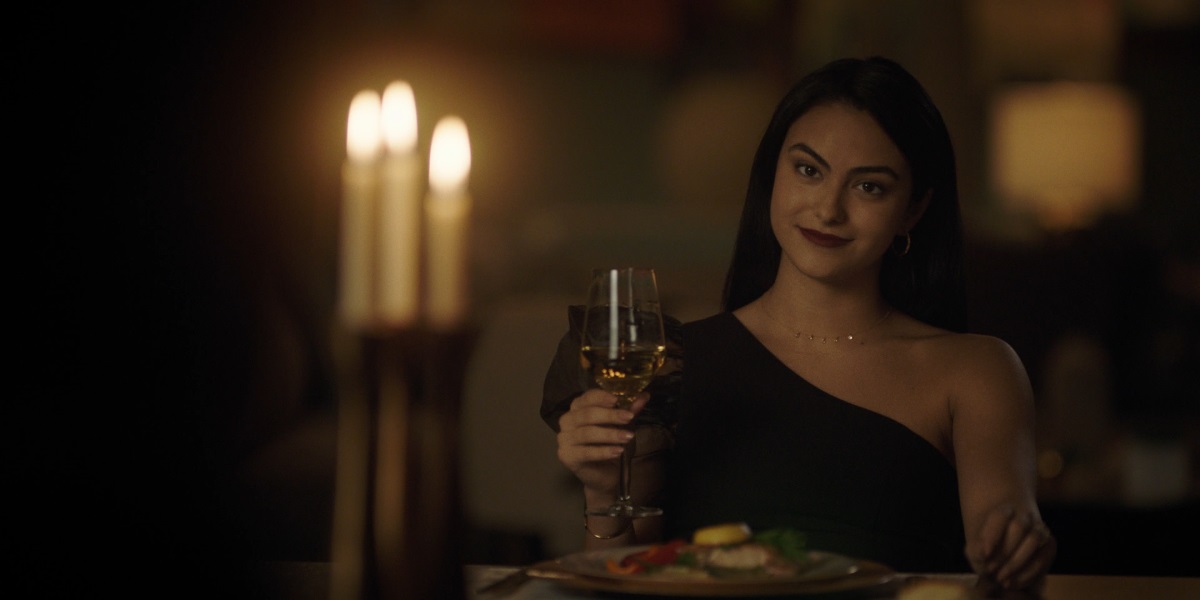 Riverdale season 5 has already done a lot of great things for the series, including refreshing some stale plot lines and shining the spotlight on a few overlooked characters, and I believe it should continue this revamp by definitively defeating its longest standing villain.

I understand the desire to stick to a familiar foil since so much about Riverdale changed with the time jump, but that just makes the drive to get rid of Hiram in season 5 even stronger. The characters have come back to save Riverdale, which has been all but crushed by Hiram, so saving the town needs to include overthrowing its oppressor.

This has been Hiram’s long game plan ever since he arrived in Riverdale. He finally has the town, and its characters, right where he wants them, so there’s nowhere left for this story to go. It has to end here. Unfortunately, as the season unfolds, the possibility of a second villain is becoming more real. The appearance of Miss Marble, the ominous occurrences on the “lonely highway,” and new mentions of mothmen are making me more and more nervous that Hiram is going to slip beneath a bigger bad yet again.

Encouragingly, the opening sequence after the season 5 time jump has set the stage for a final showdown between Archie and Hiram. In a dream, after saving Jughead from a fiery battlefield while his friends cheered him on from the sidelines, Archie came face to face with Hiram and a gun. Sure, that could all have been some drug-induced fever dream, but it sure seems like it was full of foreshadowing for the season to come. 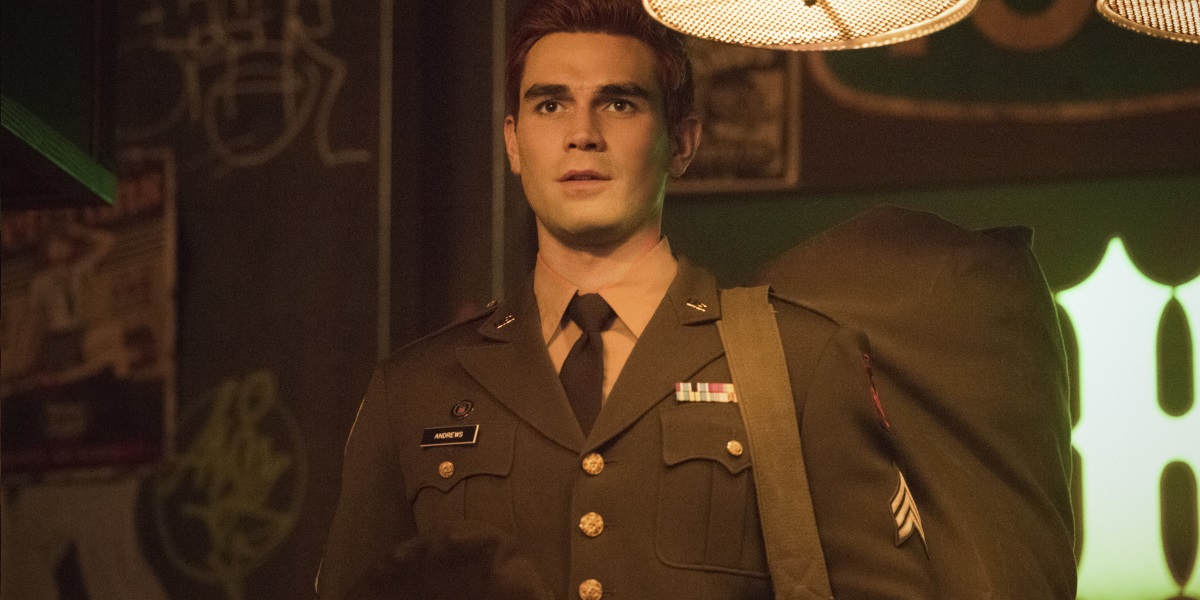 While I would prefer for it to be Veronica to vanquish her villainous father, both because it would hurt him most and because she’s most deserving of the vindication, Archie has also lost a lot at his hand, and I would love to see him get justice for that. Honestly, everybody in the town has suffered under Hiram’s tyranny at this point, so ideally Veronica and Archie will simply be the leaders of a much larger charge to remove Hiram from his position of power, once and for all.

I’m definitely hopeful that Archie’s vision will deliver on its promise, and that any decoy evil-doers are either laying the foundation for future seasons, or are actually working with Hiram. I could totally see Miss Marble being a tool Hiram’s using to get to Cheryl, and the lonely highway being a mere symptom of the dark world that Hiram has created around him.

For all the reasons I’ve laid out and many more, Riverdale season 5 needs to be the end of Hiram Lodge. I’m not sure I can handle him whining for another season, and the show needs to move on to new, more interesting stories. I can’t wait to see him taken down, however it happens…just please let it happen!