‘Riverdale’ season 4, episode 6 review: Our father, who art in the Pembrooke

Riverdale season 4, episode 6, was one of the most haunting episodes of the entire series so far. Here’s our review of the episode.

As soon as I saw that the title of Riverdale season 4, episode 6 was “Chapter Sixty-Three: Hereditary,” I figured it was an episode I would have to watch during the daylight hours. I couldn’t even make it through the Hereditary movie trailer without having to turn it off, so I was ready for a scary episode.

It’s difficult to say which storyline was the scariest, so I’ll start with the character whose story was decidedly the least scary while still being extremely disturbing.

Hiram Lodge is back in town, back at the Pembrooke, and back in Hermione’s pants. Was I taken in by the hotness of the Hiramione reunion? Yes. I’m strong enough to admit that. However, I was also unbelievably frustrated and disappointed by all of it. 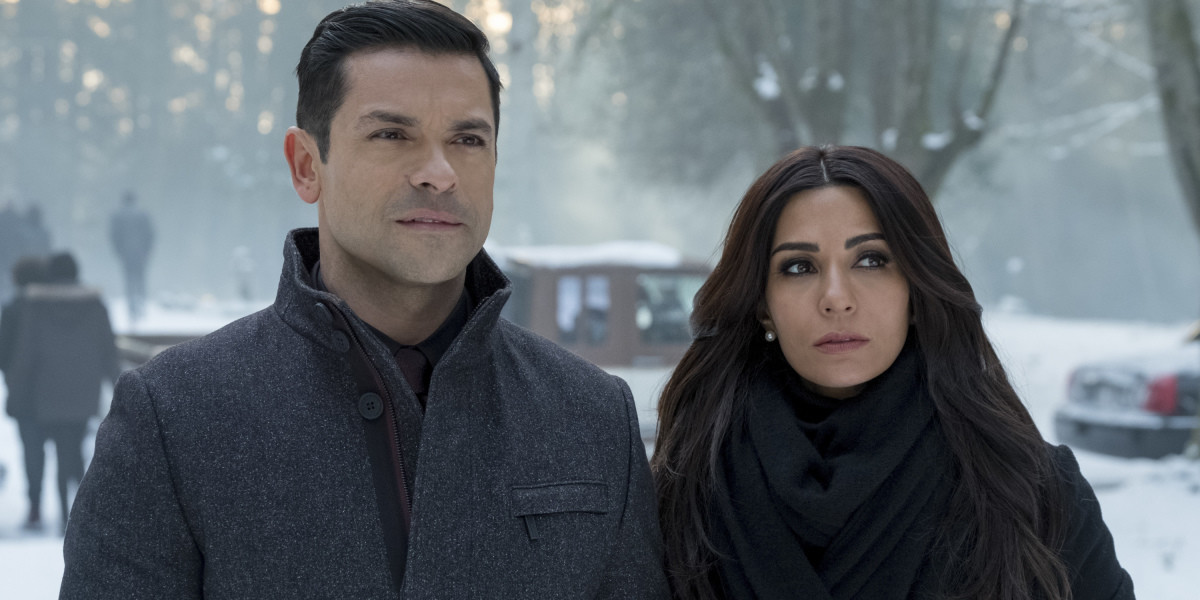 What is Hermione thinking? The answer had better be that she’s embarking on some evil scheme to take Hiram down for good, or I’m just not sure I can stomach it. After everything he’s done to her and her daughter, and after everything Veronica has done for her, it just seems so selfish and stupid for her to go back to her husband.

As gross as Hiram is, I’m somehow even more annoyed by Hermosa. Everything she said in Riverdale season 4, episode 6, was so cringey, and Veronica deserves a medal for keeping her cool in the face of all that provocation.

I’m also not at all convinced that Hermosa isn’t actually Hiram’s daughter, but instead just a ploy to make the women in his life jealous. Unfortunately, it’s working.

No matter how many stories Hermosa tells about the “good” in Hiram, and how many deadbeats he may or may not beat up for Archie, I will never trust him. I’m kind of over his reign of tyranny in Riverdale. I’m ready for the show to move onto better, more interesting villains, rather than letting the rich man-child control everything.

Villains, like Charles for example. Even though Cheryl and Jughead had more overtly horror-based storylines in Riverdale season 4, episode 6, Betty’s was equally chilling. The way Charles is weaseling his way into the hearts of the Coopers and gaining their trust is so unsettling. Alice and Betty cannot catch a break when it comes to their messed up family.

Something about Chic’s story never quite added up to me, so I’m really glad he’s back to tie up those loose ends. I’m scared to discover what the endgame for Charles and Chic is though. Hopefully they’re not looking to follow in Hal’s footsteps. 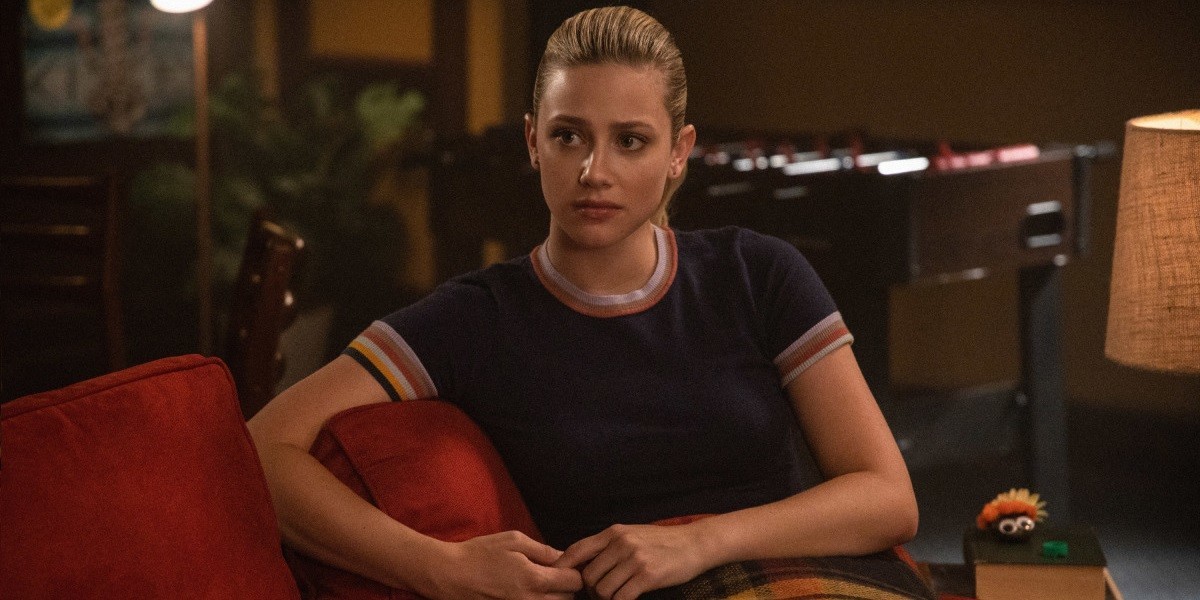 I absolutely loved the Bughead scenes in Riverdale season 4, episode 6. It was great to see them puzzle through their respective problems together, challenging each other to dig deeper. Unfortunately, while Betty is under the illusion that she was wrong about her suspect, Jughead has all but confirmed that his accused is guilty and is out for vengeance.

These “Baxter Brothers” mysteries must be serious business if people are willing to kill over them. It was amazing to see Jughead stand up for himself and his family against the school’s leadership like he’s been doing with the other kids at Stonewall Prep, but I’m more than a little nervous for his safety.

At least he doesn’t have a crazy roommate with a vendetta against him who’d jump at the chance to take him out though. Oh wait…

Riverdale season 4, episode 6, was the first episode that really made me fearful for Jughead in the flash forward scenes. I thought they might just be full of red herrings and things that aren’t quite what they seem, but he’s getting himself deep into some pretty sinister stuff at Stonewall.

I know I said it would be tough to choose the scariest storyline in this episode of Riverdale, but Cheryl’s “Julian” drama was next level. I didn’t think it was possible, but somehow, her relatives were even creepier than that stupid doll! My first thought was that they were trying to get into the chapel to “free” Julian’s spirit in some way.

I wonder if this little nod toward the supernatural is Riverdale ’s way of edging closer to The Chilling Adventures of Sabrina. We’re all still waiting for a crossover! However, it could also just be Cheryl’s family trying to take advantage of her. Now that Penelope is gone (or is she?), they could just be doing whatever it takes to get more Blossom money.

At least Cheryl doesn’t have to worry about Uncle Bedford anymore, thanks to Toni. However, they do have to worry about his dead body and Cheryl’s nosey aunt. It was amazing to see Toni step in to save Cheryl, just like Cheryl saved her from Edgar, but I’m nervous for the fallout from her decision.

Once again, Archie built me up to think that maybe I’ve misjudged him, and then he let me down again. He was honestly being kind of awesome in Riverdale season 4, episode 6. He was making positive strides in his community center and getting the kids jobs; he was using his vigilante-ism to help rather than hurt, and he even learned not to trust Hiram.

And then he trusted Hiram.

The worst thing is not that Hiram will definitely hold this over Archie’s head until the end of time, but that Archie didn’t even tell Veronica what he was doing. The last thing she needs is more daddy drama in the mix, so he should not have involved Hiram in his problems. I refuse to believe Hiram has turned over a new leaf. It’s all business and pettiness with him.

Also, since Hiram, or whoever made Dodger’s face look like that, neglected to finish the job, we’ll have to put up with his inevitable retaliation in the next episode of Riverdale. Fingers crossed that Archie actually might have learned something this time.

That’s almost it for this week! However, since it’s Riverdale’s senior year, each week I will be giving out some yearbook superlatives for the episode. Check them out here! 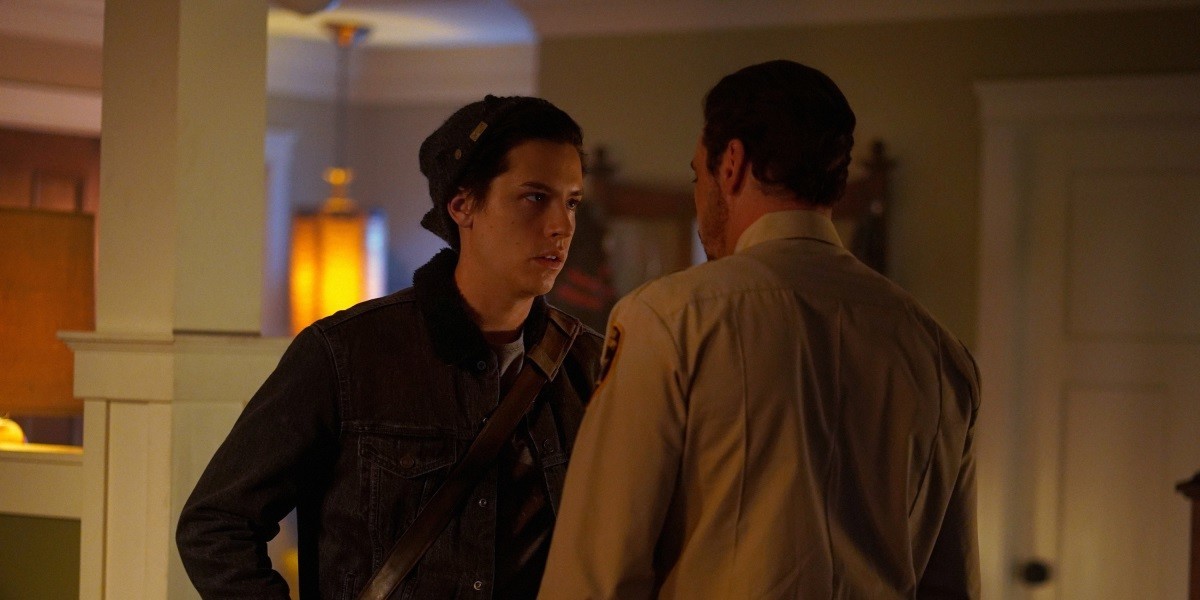 Cutest couple: Bughead. You guys, he called her his “anchor!”
Best dressed: Hermione Lodge. Non-prison wear suits you, girl!
Most likely to react way too slowly to a near-death situation: Mary Andrews
Most likely to kill someone for love: Probably most characters, but Toni Topaz in this episode