We use cookies to ensure that we give you the best experience on Hypable. If you continue to visit us, we will assume that you are happy with it.
1:00 pm EDT, April 9, 2019

It’s hard to pick just one movie or television show that pinpoints exactly who BD Wong is. While he might be known best for the Jurassic Park franchise at this point, he’s also had a turn on both Mr. Robot and Gotham — two shows that fans of Hypable will be familiar with.

Wong’s latest adventure includes narrating the audiobook for The Red Scrolls of Magic, the first book in the Eldest Curses series by Cassandra Clare and Wesley Chu, the former of whom made a splash with her The Mortal Instruments series.

The Shadowhunters universe continues to thrive thanks to the Freeform adaptation of the same name (sadly, finishing up its final season) and Clare’s additional installments, which continue to add to this richly detailed world.

The official synopsis for The Red Scrolls of Magic reads:

All Magnus Bane wanted was a vacation—a lavish trip across Europe with Alec Lightwood, the Shadowhunter who against all odds is finally his boyfriend. But as soon as the pair settles in Paris, an old friend arrives with news about a demon-worshipping cult called the Crimson Hand that is bent on causing chaos around the world. A cult that was apparently founded by Magnus himself. Years ago. As a joke.

The Red Scrolls of Magic is obviously a must-read for Malec fans.

The book is officially out today, April 9, 2019. If you’re wondering how Wong’s narration holds up, check out our exclusive video below, in which he lends his steady and smooth voice to the characters we’ve come to know and love.

The Red Scrolls of Magic by Cassandra Clare and Wesley Chu is available now! You can order it from Amazon, Audible, Barnes & Noble, IndieBound, and Book Depository, or add it to your Goodreads list! 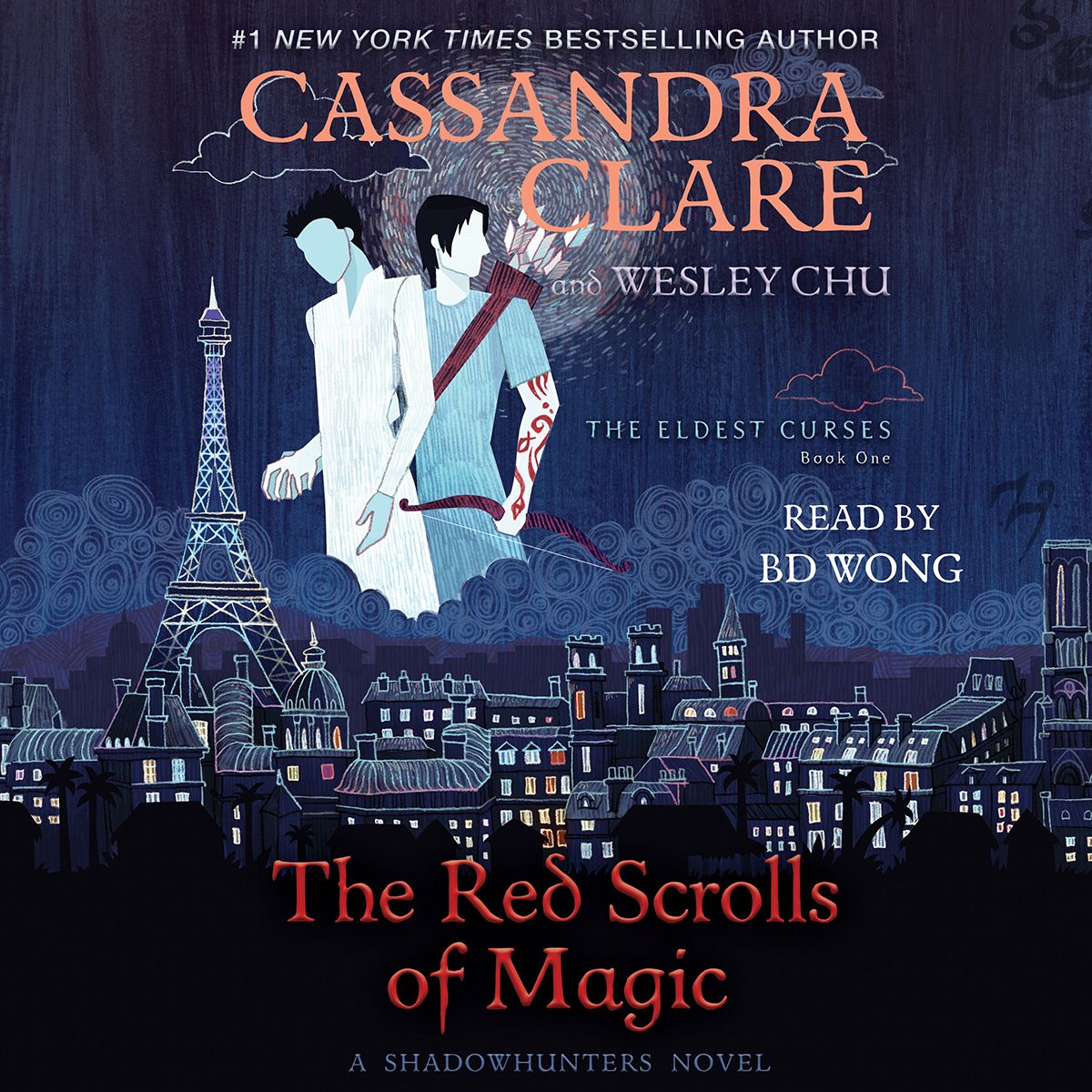