The cake is, indeed, a lie.

Portal 3 is a dream that continues to break our hearts with every tiny spinoff and LEGO DLC pack. Here’s what we know about the Portal 3 release date.

Portal is a series of first-person puzzle-platform games that were developed by Valve (also known as Valve Software). The games are set within the in the Half-Life universe, with the original game being released in 2007 and its sequel following a few years later in 2011.

The Portal series became well known for its involvement with students from the DigiPen Institute of Technology. Both the original game and Portal 2 received almost universal praise — which explains why fans have been left clamoring for a third installment to come to fruition.

Portal 2 was released in 2011. Seven years is how long we’ve waited for a Portal 3 announcement. And yet, Gabe Newell has moved on to bigger and better things.

With Valve running the show behind Steam, the online game store most popular amongst PC gamers, there is literally no need for them to make a third title of Half-Life 2, Left for Dead 2, or Portal 2.

Heck, even Gabe Newell himself said so himself in his Reddit AMA. “The number 3 must not be said.” Got it, so heartbreak it is.

“Before we start, however, keep in mind that although fun and learning are the primary goals of all enrichment center activities, serious injuries may occur.” While GLaDOS was the highlight of the Portal series, the two main games were gems full of hilarious lines. When you threw defunct sentry turrets down endless factory shafts, they calmly stated: “I don’t blame you.”

That sort of humor just isn’t in any other sort of video game series. Wheatley was fun, adorable, and slightly deranged, but he and the other cores held the series together (especially Space Core).

Chell, ever the silent protagonist, offered up her own brand of humor in her sassy actions and Weighted Companion Cube melting ways. Her destruction of GLaDOS in Portal 1 and eventual companionship with GLaDOS’ potato form were revealing, interesting, and altogether very funny.

“Unbelievable! You, Subject Name Here, must be the pride of Subject Hometown Here.” We need more of all of this. The Portal games offered a unique escape from reality, bring us into a world unlike we’ve yet to experience since.

The improvements and enhancements in Portal 2 made thinking with portals oh-so-fun. From the game’s cinematic opening escape sequence, to the newly added bounce and slide goos, there seemed like no limit to the fun Portal 2 was going to offer us.

The new co-op mode proved to be as wonderfully frustrating as one would expect, but that was all natural in the progression of our relationship with GLaDOS.

The Rat Man side story came with intrigue and mystery, along with the connections to the Half-Life Black Mesa universe. Never before have I felt so emotionally attached to a weighted cube of metal. Twice.

Where did all of this world building go? Apparently, down the incinerator hole with the Weighted Companion Cube.

“These intra-dimensional gates have proven to be completely safe.” Never before had we seen such a unique approach to gaming as the “now you’re thinking with portals” puzzles.

The games went pretty ham into the concept, offering challenge modes such as time attack and portal limitations.

The Portal series had so, so much potential. The ways it opened our minds forever changed our gaming experiences.

And for all of that, in true GLaDOS fashion, I have to say (sing): “Thank you for the music, the songs I’m singing. Thanks for all the joy they’re bringing.”

Until Portal 3, always, always assume that the cake is a lie.

Has Portal 3 been confirmed for consoles and PC? Though some outlets may report that the now infamous Portal 3 announcement has somehow happened without most of us noticing, the game still lacks a proper announcement or release date.

As soon as a Portal 3 release date is announced, Hypable will be one of the first outlets to report on the good news. Watch this space for more coverage on all things Portal and Aperature Science.

It may happen, and it may never happen. Whether or not there is going to be a Portal 3, we can always think about what we want the third title in the puzzle platformer to be like.

The Repulsion Gel, Propulsion Gel, and Conversion Gel all added in their own unique flavor to the Portal world. Introduced in the second title, the Gels would fit great as a series staple in any given Portal sequel.

If there are to be any new Gels, the game developers need to be careful with their potential to offset the game’s precarious balance. Add one too many new Gels, and it could be that Portal 3 either becomes broken, or just too overwhelming. The four Gels in Portal 2 felt like just enough; the development team might then decide to ax one of them so as to open the doors for another. 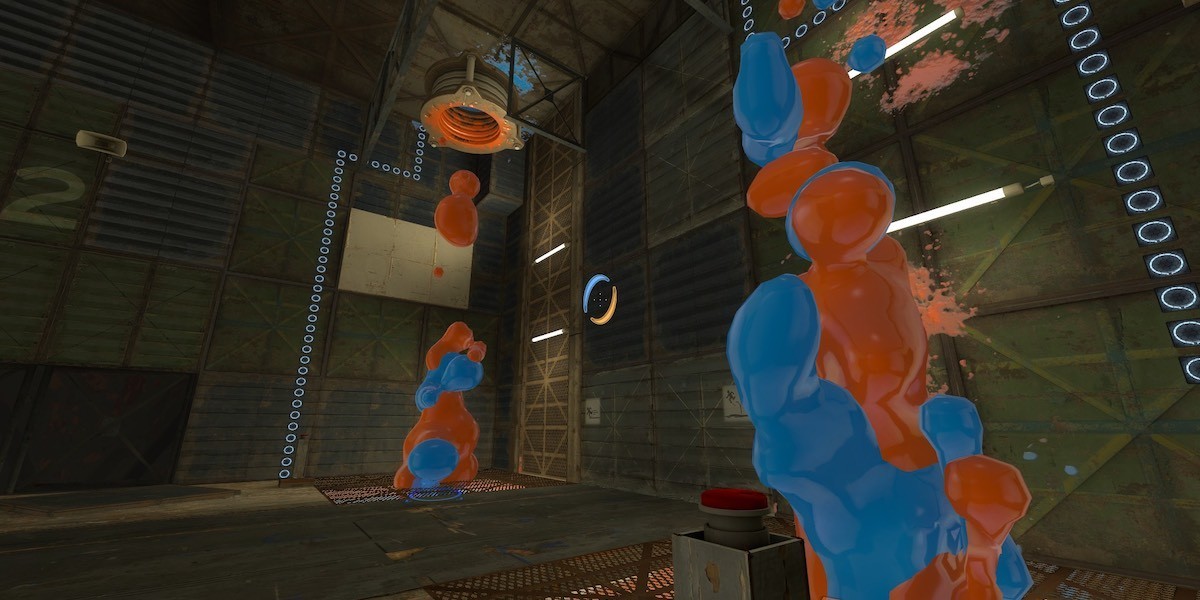 A Gel that I could see going would be the Propulsion Gel. It was fun for the gimmicks it presented in the second game, but it felt like the puzzle elements it provided would be better off as one-hit wonders.

Some of the most fun that I’ve had while playing the Portal titles was in the games’ bonus modes. In particular, the modes where players are only allowed to use up to a certain amount of Portals to complete puzzles made me feel like I was really testing the limits of what Aperature Science had to offer.

The limited Portals missions made me think without Portals. Quite literally, I would use anything else in the environment to get through the levels, at times without ever shooting off a single Portal shot. Whether or not the game developers meant for me to be stacking robots and tossing boxes around is up for debate, but damn if it wasn’t a fun discovery process. 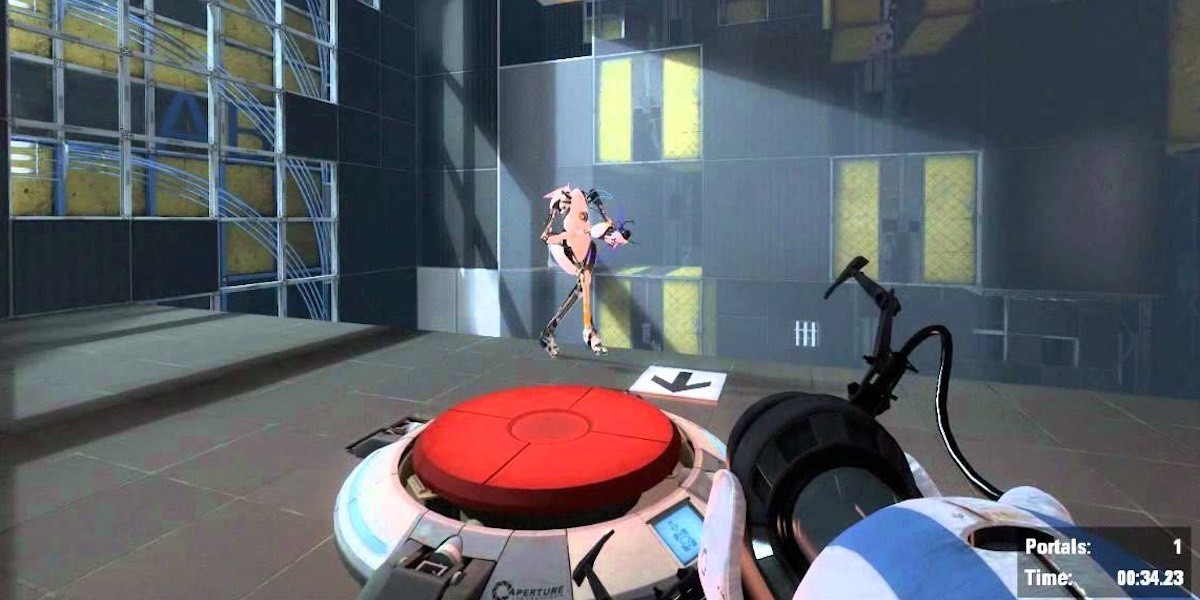 The time attack bonus missions felt like marathon training for speedrunning. Every speedrunner starts somewhere, and for me, that was within the game’s own timed parameters. The rush of finally getting a new low time was addicting. Knowing just when to shoot out a Portal made me feel like an Aperature scientist, or even that I could take down the corporation without breaking a sweat.

Portal 3 should bring back both of these modes. Even if they’re only accessible as a reward for beating the main game under certain parameters, I’d be happy to do whatever the developers wanted me to in order to unlock these incredibly fun modes.

The definition of The Turing Test is the manner of discerning whether a given machine can think for itself. If that doesn’t describe the Portal series’ GLaDOS, I don’t know what does. The Turing Test feels like a spiritual successor to the Portal series, with the protagonist using an energy gun to solve puzzles in a desolate environment in both games. The robots are just as intelligent as those in Portal, and the overall vibe is very Portal-like. If Chell had a long lost sister, then The Turing Test‘s Ava would be her.

The Black Mesa group present in both Portal and Half-Life ties together the mythos of the series. At the end of Portal 2, Chell escapes from Aperture Science into the overworld for Half-Life. The Half-Life world is somewhat darker than Portal‘s, although GLaDOS represents some of the murderous feelings you’ll experience in playing Half-Life. Be warned, though. This is yet another series waiting for a third title, much like Portal 3, that of which will likely never see the light of day.

It may feel like a diet Portal 3 experience, but it’s still one worth playing, should you be able to get your hands on a LEGO Dimensions setup. Playing as Chell will give you flashbacks to her greater, first-person adventures, but the puzzles are nowhere near as difficult or fun as they were in the main Portal series. The GLaDOS and Wheatly bits are still super fun, and if you were wondering, the cake that GLaDOS offers Gandolf in the above trailer is still a lie. It’s almost worth getting the Portal LEGO Dimensions set just for the neat little Chell LEGO figurine! It’s not like we get official Portal merchandise very often…

Bridge Constructor Portal plays like a demo using the Portal franchise. It is somewhat of a brain teaser, but it’s still only a small taste of what we’d all want Portal 3 to be. The game requires you to guide test cars through matching portals, with the end goal of shooting them down through the receiving door. GLaDOS has a lot of funny lines in the trailer above, but hearing her quips in a side game only leads to inevitable heartbreak that this isn’t Portal 3.

This free Steam VR demo is a fun taste of more of what Portal 3 would feel like. It’s a somewhat simple and quick taste, but still a taste. Once again, the voice actress for GLaDOS returns, recognizing “You,” meaning Chell once again found her way into the Aperture Science laboratories after her escape at the end of Portal 2. The worst part of this demo is the teaser at the end of it. You fix up the co-op robot from Portal 2, and a testing arena opens up. You can see the buttons, the cubes, and the defining white tile, all before giant spiked panels come crashing down on it all. This is quite possibly the worst Portal 3 tease to ever exist.

Do you want to see ‘Portal 3’ happen?