Update (9/1/21): According to Deadline, actress and musical theater vet Jane Krakowski is the latest star to sign on to take part in NBC’s upcoming Annie Live! musical event.

For her part, the Tony Award winning actress is set to take on the role of Lily St. Regis.

For those who need a bit of a refresher, Lily St. Regis is one of the antagonists of the musical. The girlfriend of Miss Hannigan’s scheming brother, Rooster, Lily is involved in the plot to scheme Daddy Warbucks out of the reward money he puts forth in an effort to find Annie’s parents.

Krakowski’s involvement with the live musical event doubles as a mini Unbreakable Kimmy Schmidt reunion. Her Kimmy Schmidt co-star, Tituss Burgess had previously signed on to star in the NBC special as Rooster.

We’re sure fans of the critically acclaimed Netflix comedy will be excited to see Jane Krakowski and Tituss Burgess share the screen once more as part of NBC’s Annie Live!

Read up on who else is set to star in the live musical event below!

According to Deadline, actress Celina Smith has officially scored the coveted role of Annie in NBC’s upcoming production of Annie Live!. 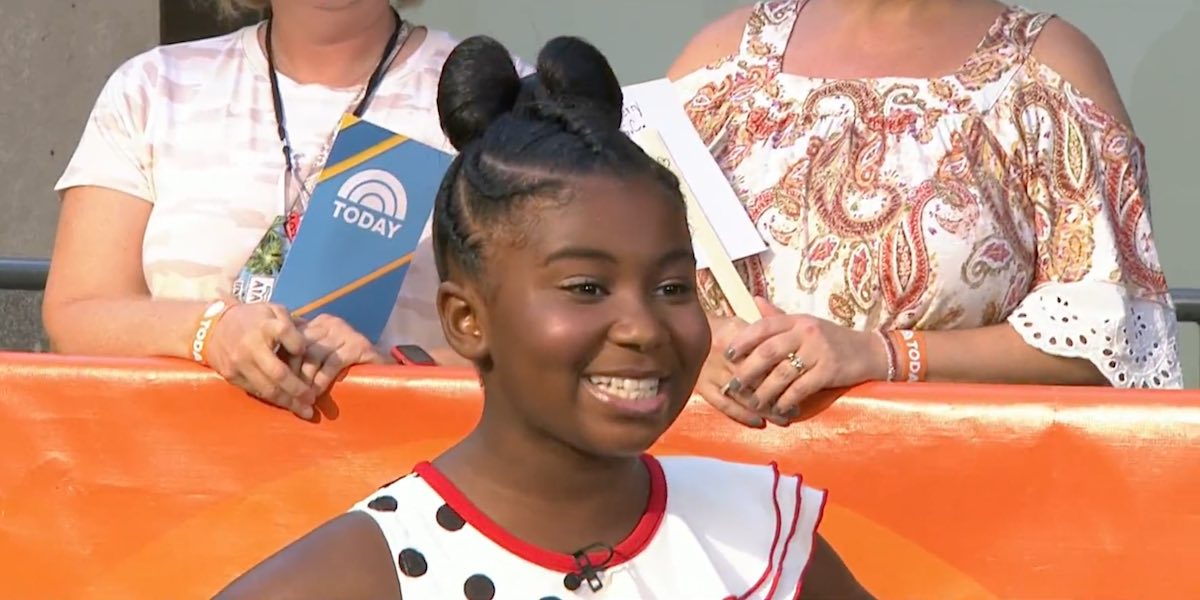 The 12-year-old rising star scored the coveted titular role in NBC’s next live musical production after the network conducted a nationwide search to find its leading lady.

Currently, Smith can be seen starring as part of the cast of Young Dylan on Nickelodeon, but she’s no stranger to the world of Broadway. In fact, one of her earlier credits includes starring as Young Nala in the national touring company of Disney’s The Lion King musical.

In a statement announcing her involvement with the forthcoming live musical, Celina Smith said: “It
S an honor to follow in the footsteps of the talented young ladies who have played Annie before me and I can’t wait to start this journey.”

Other notable names who’ve signed on to star in the musical include Harry Connick Jr., and Nicole Scherzinger who will play Daddy Warbucks and Grace, respectively.

Read up on who Burgess and Henson will be playing in the live musical broadcast below!

Annie Live! is slated to air Thursday, December 2 at 8 p.m. on NBC.

Last month, NBC announced that they had selected Annie to serve as their next holiday musical event. Now, we’re learning that the network’s live production has officially found its first cast member.

Variety reports that Academy Award nominee Taraji P. Henson has officially signed on to take on the role of Miss Hannigan for Annie Live!

For those who need a bit of a refresher, Miss Hannigan serves as the musical’s main antagonist. She despises children despite the fact that she runs the local orphanage— and especially has it out for Annie and all of the redhead’s plucky optimism about finding her parents someday.

In a statement announcing her involvement with Annie Live!, Taraji P. Henson spoke about how excited she is to take on the same role that was once inhabited by the iconic Carol Burnett.

“Carol Burnett, who brought Miss Hannigan to life in the classic 1982 movie, is someone I have studied and idolized as far back and I can remember,” said Henson via a statement. “So when the opportunity came to me to join NBC and this incredible group of producers, I jumped! Carol, I hope to do you proud!”

The Empire vet was the first to be cast back in June, but she’s not the only one who’s already signed on.

Also on board is Unbreakable Kimmy Schmidt alum Tituss Burgess.

Per Variety, Burgess is set to take on the role of Rooster.

For the uninitiated, Rooster is one of the masterminds behind the plot to steal the reward money Daddy Warbucks sets up in an effort to find Annie’s true parents. Rooster also happens to be the brother of Miss Hannigan— the head of the orphanage where Annie resides at the beginning of the musical.

Currently, NBC is in the process of kicking off a virtual, nationwide casting search to find the musical’s titular star.

Behind the camera, Robert Greenblatt and Neil Meron (NBC’s The Sound of Music Live!) will serve as executive producers on the project. Meanwhile, Lear deBessonet and Sergio Trujillo (Ain’t To Proud) will serve as director and choreographer, respectively.