Mindhunter season 2 continues the story of the FBI’s creation of their behavioral unit, but how does it fare compared to season 1?

Netflix’s Mindhunter has never been a fast-paced show. From the beginning, we’ve delved deeply into the psychoses of our various main characters and the serial killers they have chosen to study. It’s an up close and personal look at police work and how frustrating, exhausting, and damaging it is to surround yourself with murder on a daily basis.

Season 2 is much of the same. As the newly formed behavioral unit gets more acclaim, more funding, and more support, the team finds themselves digging into multiple projects at once. The interviews continue while Holden and Bill’s focus is split between the BTK Killer and the Atlanta murders. This isn’t even to mention Bill’s family life, Wendy’s love life, Holden’s anxiety, and office politics.

What’s frustrating about Mindhunter season 2 is that it’s just as good, if not better than, season 1, but that it feels both unfinished and unfulfilling. There are a lot of threads to follow this season, and while it is not particularly difficult to keep a handle on them, by the time you reach the season finale (episode 9, instead of the usual 10), nearly every single one is left without any kind of conclusion.

To start, we see Holden in the hospital where Ed Kemper is being held. At the end of last season, Kemper hugged Holden, who fled and had a panic attack in the hallway. In the Mindhunter season 2 premiere, we see that he must be sedated due to his panic. It’s only after several days that he’s able to come around and place a call to his partner.

We see Holden have one more panic attack in the premiere, when his former boss, Shepard, reveals he’s not retiring, but rather that he’s being forced out due to Holden’s choice to delete a portion of the interview with Richard Speck due to the graphic language he used to get the killer to confess.

After this, Holden does not struggle with his anxiety again. Wendy and Bill talk about making sure Holden can handle his workload once in a while, but other than a pointed line from Bill suggesting Holden take a Valium, the issue doesn’t seem to be an issue at all. The possibility of Holden having an anxiety attack at the worst possible time, such as when he’s interviewing a convicted serial killer, hangs over the series like a dark cloud, adding to the tension. However, as it goes unfulfilled, it feels more like the show simply didn’t have time to — or worse, forgot about — wrapping up this particular plot point. 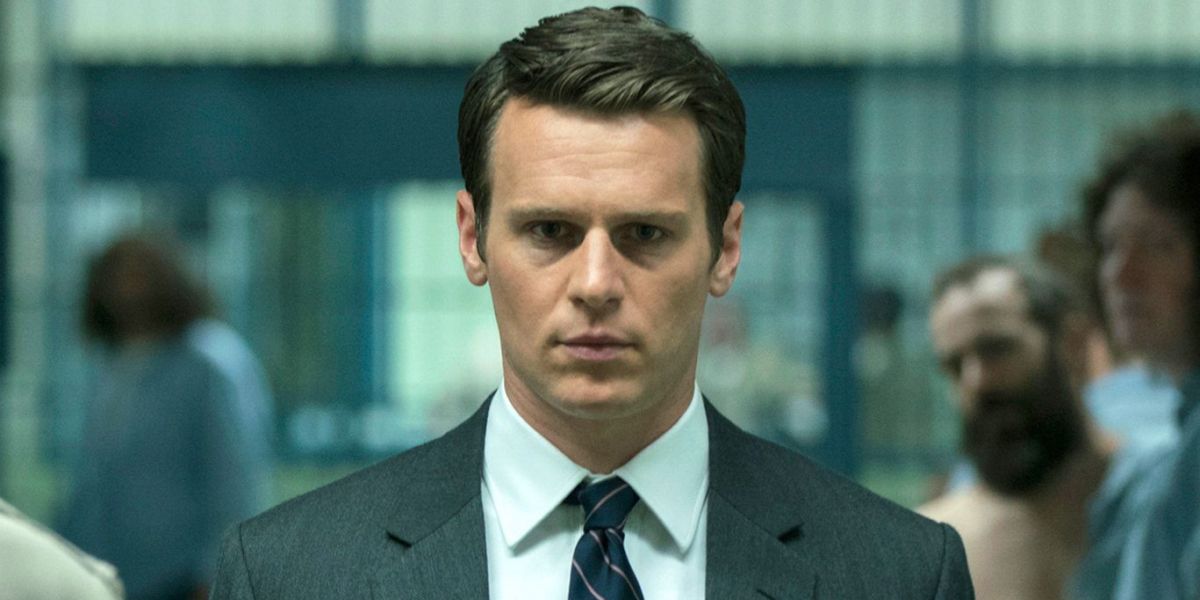 It is likely that Mindhunter will be renewed for season 3, which means there is still room to explore this part of Holden’s story. However, as this is not the only arc season 2 didn’t tie up by the season finale, it only compounds the problem.

That being said, the unfinished storylines are still fascinating to watch. In particular, you can’t help but feel for Bill’s situation at home. His son not only witnessed a murder, but participated in the staging of the body. Bill handles the situation exceptionally well given the circumstances (his work has at least somewhat prepared him for this), but it’s clear he’s losing ground with his wife, who by the series’ end has moved out of the house without telling her husband where she has gone.

It would be impossible to wrap up a story such as this in a single season. We see the discovery of Brian’s involvement and the subsequent fallout, which includes in-home visits from a social worker and appointments with a child psychologist. We also see that Brian, who has always been quiet and a bit withdrawn, is clearly not okay. He’s been regressing — peeing the bed, sucking his thumb, and playing with his baby toys — in addition to wandering off and, frankly, being a bit creepy.

The issues with Brian are not going be fixed with a couple of doctor’s visits. It’s clear something else is going on here, and given that Bill and Nancy adopted him, we have to wonder who Brian’s parents are and if there could be any genetic predispositions toward violent behavior. While the show doesn’t ask this question, it’s obvious that we’re meant to wonder how Brian came to be this way in a loving, patient, and supportive home.

Either of these plot points on their own (or even together) wouldn’t make me feel like Mindhunter season 2 was an unsatisfactory installment, but when you couple that with the major murders we’re witnessing throughout the season, it’s hard not to be frustrated. Did we get any wins this season? Did we make any progress? It feels as though we’re in limbo, just waiting for the next body to drop with no hope that it will help us get even one step closer to a conclusive ending.

This seems to be the point of the vignettes showcasing the BTK Killer’s daily life. In an interview with Esquire, Holt McCallany (Bill Tench) says, “One of the things that I think separates our show from other shows is that we show the reality of police work, and the reality is that they don’t always get the guy!”

In fact, the BTK Killer won’t be arrested until 2005, which makes it unlikely that we’ll ever see the conclusion to this story. I’m hopeful that this particular case will allow for some incredible insights into the mind of a serial killer, but it once again shows that the series is not concerned with giving us a satisfying ending. 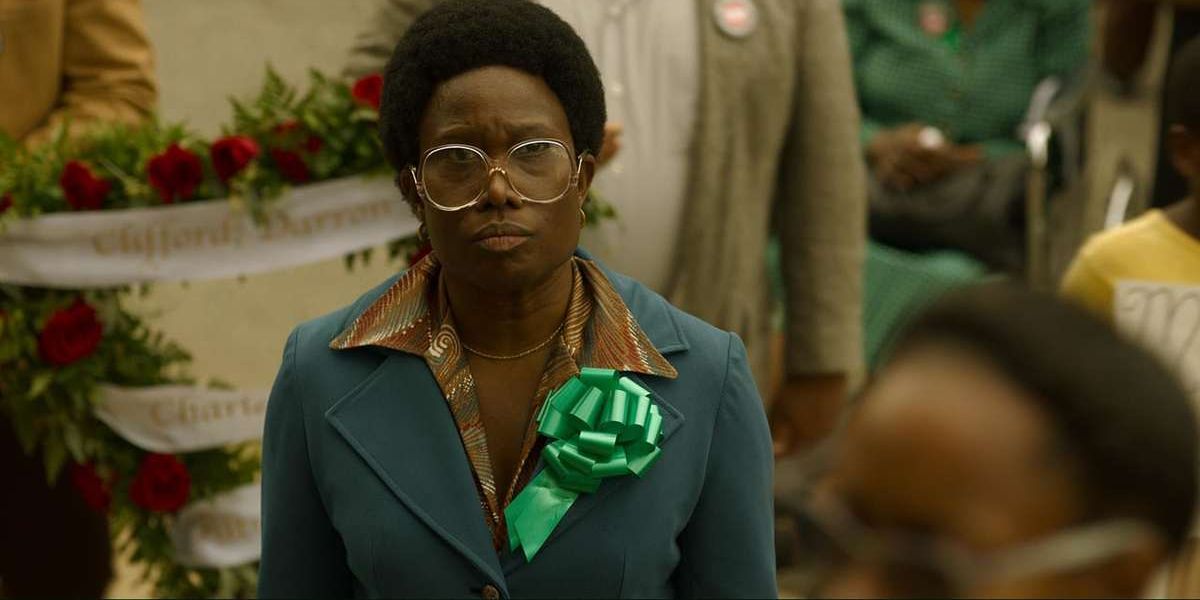 The Atlanta murders further prove this. While season 2 does end with a killer being caught, he can only be tied to two murders, neither of which are the dozens of children who had gone missing. In fact, the finale concludes by telling us the Atlanta murders remain unsolved to this day.

This is the reality of life, and because Mindhunter has chosen to tell us true stories populated with real serial killers, we’re often going to be left hanging. Several of the killers the team interviewed this season were not as forthcoming as Kemper. Manson, who could have been a focal point of the season, was in a single episode, only allowing for a few conclusions to be drawn. Real life hasn’t given us the answers we seek, so it seems impractical to expect this show to do so.

It’s not that I don’t appreciate what we’ve been given. It’s important to highlight tragedies like the Atlanta murders in order to bring more attention to them. We’re not always going to solve the case, and I do like that the realities of life have translated into the realities of the series.

But this season has felt like a profound loss. Holden is still arrogant, and his arrogance didn’t even lead him to catch the correct killer this season. Bill is losing his grip on his family. Wendy lost a significant relationship and has been continuously pushed to the side by her new boss. Gregg has yet to prove himself, and appears to only be on the show so various characters can order him out of the room. Brian is spiraling deeper, the BTK Killer is still going strong, and the Atlanta murders are unsolved.

Was there anything in Mindhunter season 2 that felt like a resounding success? Even the behavioral unit’s newfound fame is tainted by politics, misogyny, and a dark fascination with the macabre. (Then again, isn’t that why we’re watching this show, too?)

It may sound like I’m disappointed in this season, but I assure you that’s far from the truth. I applaud the show for tackling issues in relation to homosexuality and race. It’s the early ’80s, which means there is still a lot of progress ahead of us when it comes to both these topics. Mindhunter sets up our main characters to be pretty decent people while also showing us a world that chooses to turn a blind eye to that which it does not understand.

Maybe it’s the fact that I was expecting to watch a tenth episode, or the fact that there is next to nothing to celebrate by the finale’s end. Either way, I’m left feeling unfulfilled, though I can’t deny that I want more. Here’s to hoping Mindhunter season 3 comes quickly and with several wins for the team to congratulate themselves over. 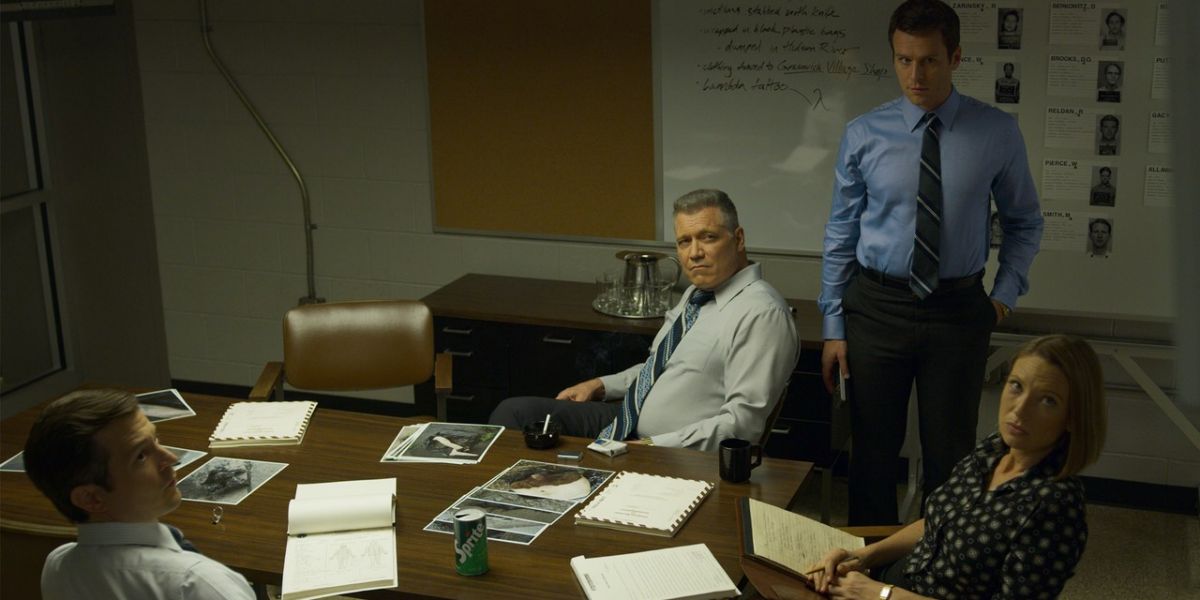 What did you think of ‘Mindhunter’ season 2?