The Merciful Crow by Margaret Owen is a tale about discrimination and survival. Check out the book trailer and an excerpt right here!

Watch the book trailer for ‘The Merciful Crow’

Read an exclusive excerpt from ‘The Merciful Crow’

It was nigh midnight before they set foot on the League-High Bridge over the Hem. The great river thundered only a few hundred paces below, but for murder’s purpose, it worked near good as a league. Fie minded her step during the ten minutes it took to cross.

The moment her nail-studded soles touched gravel instead of cobblestone, Fie held her breath. If the royals meant to claw back their teeth, this was where the Hunting Castes would strike.

All of them strained to catch any hint of company. The long, terrible silence stretched thin and treacherous as young ice while Fie scoured every flicker of leaves for an ambush.

Someone inhaled sharp. Then a deafening cry broke out:

“OH, I ONCE KNEW A LAD FROM ACROSS THE SEA, WITH A MOST PARTICULAR SPECIALTY—”

Madcap’s voice split the night like an axe, swinging into the bawdiest walking song Pa’d let them sing in Fie’s presence. The rest of the band broke into wheezing laughter, near weeping with relief.

“Twelve hells, Fie!” Wretch clung to the cart for dear life, slapping a knee. She had near as many years as Pa and twice as quick a temper, one of the few who’d known Pa when he was still called Cur, not yet Chief. She took the cat from Fie and scratched its brow. “I thought you’d ask the queen to throw in a crown for all that trouble!”

“What good’s a crown?” Swain drawled from behind Wretch. A flash of mirth leavened his perpetually dour voice. “She could have just asked to slap the king. Probably would’ve gone over better with Her Majesty.” Madcap, a Crow allergic to dignity, snatched up Fie’s hands and wheeled her about the road in a giddy whirl, belting yet another lewd and anatomically improbable verse of “The Lad from Across the Sea.” Fie couldn’t help but throw back her head and laugh. Aye, they still had leagues to walk and bodies to burn, but—but she’d done it.

For once, she’d made the palace pay.

“Stop, stop,” Madcap wheezed, laughing as they clutched their stomach. “I’m like to barf!”

The two of them slowed to a drunken tilt near Pa. By all rights, he ought to be reeling with glee like the rest of the band.

He hadn’t even taken off his mask, staring straight back at Dumosa. “Come on, chief—” Madcap started, but Pa cut them off.

“It’s not done yet. Save your dance for when the bodies burn.” Pa fired off the whistle-order to march.

Wretch passed the cat back to Fie, shaking her head at Pa’s back. An unease draped over the Crows once more. Madcap still hummed under their breath, and Swain muttered along after a few steps, but otherwise silence clung to the cart as they dragged it on.

The scattering of huts and god-grave shrines by the road eventually yielded to the twist-trunked, lichen-shawled forest. “The Lad from Across the Sea” wound down, another song rising in its wake, louder and steadier. Soon the only marks of Dumosa were glimpses of a gilded crust over dark hills, sometimes sparking through the trees.

Pa’s voice cut through the night, snipping off the walking song’s last verse. He thrust his torch into the soft dirt by the roadside. The cart creaked to a halt as Pa shucked his mask and nodded at Fie and the tabby. “No strays we can’t eat, girl.”

Pa huffed a short chuckle. “Covenant’s crap she is, Fie, but we’ll talk your share later. What’s her name, then?”

She thought of the steward’s queasy face and Madcap’s dance and grinned. “Barf.”

“That’s proper.” Pa ran a hand over his bald crown. All his hair had migrated south to his short salt-and-pepper beard long years past. “Now let’s see about these boys, eh?”

Fie leaned on the edge of the cart and studied the two shrouds lying among splits of kindling. “Big,” she said. The prince had been near a year her elder, and clearly both boys had been better fed. “Dunno if we have enough firewood for both.”

“Will if we douse ’em in flashburn,” Hangdog suggested, lounging over the cart’s other side.

Fie’s beak was only in the way now. She set Barf down in the cart and pushed back her hood to loosen the mask’s straps, letting it hang about her neck as she ran a hand through her chin-cropped tangle of black hair. It was a blessing to breathe clean night air and not the palace’s incense or her mask’s stale mint.

She had naught to fear of contagion. It was said that every Crow had fouled up something grand in their past lives, bad enough for the Covenant to strike them down with plague and boot them directly to a life of atonement in containing the disease. That Crows were born already in debt to the Covenant’s measures of sin. That it would not take them to their next life before that debt was paid.

So it was said, at least. Fie didn’t know how much of that rang true to her ear. But it was truth hard as iron that the Sinner’s Plague left only Crows untouched.

Death-stink hadn’t settled on the boys yet, but she still flinched at the crimson stains on their shrouds. Of all a chief’s duties, cutting throats was the one she dreaded most.

She reached into the cart, prodding what seemed like the nobler of the bloody heaps. “They really royals, Pa?”

“Just the one. Other was his body double.”

Fie tugged back the linen until torchlight landed on a boy’s rust-flecked face, looking for all the world like he was sleeping. Maybe a little afraid. Maybe he’d been awake when Pa’s blade touched his throat.

She pursed her lips. “So that’s what a sinner prince looks like.” The dead boy sat up.

About ‘The Merciful Crow’

One way or another, we always feed the crows.

Fie abides by one rule: look after your own. Her Crow caste of undertakers and mercy-killers takes more abuse than coin, but when they’re called to collect royal dead, she’s hoping they’ll find the payout of a lifetime.

When Crown Prince Jasimir turns out to have faked his death, Fie’s ready to cut her losses—and perhaps his throat. But he offers a wager that she can’t refuse: protect him from a ruthless queen, and he’ll protect the Crows when he reigns.

Hawk warrior Tavin has always put Jas’s life before his, magically assuming the prince’s appearance and shadowing his every step. But what happens when Tavin begins to want something to call his own?

The Merciful Crow hits store shelves on July 30, 2019. You can order it from Amazon, Barnes & Noble, IndieBound, and Book Depository, or add it to your Goodreads list. 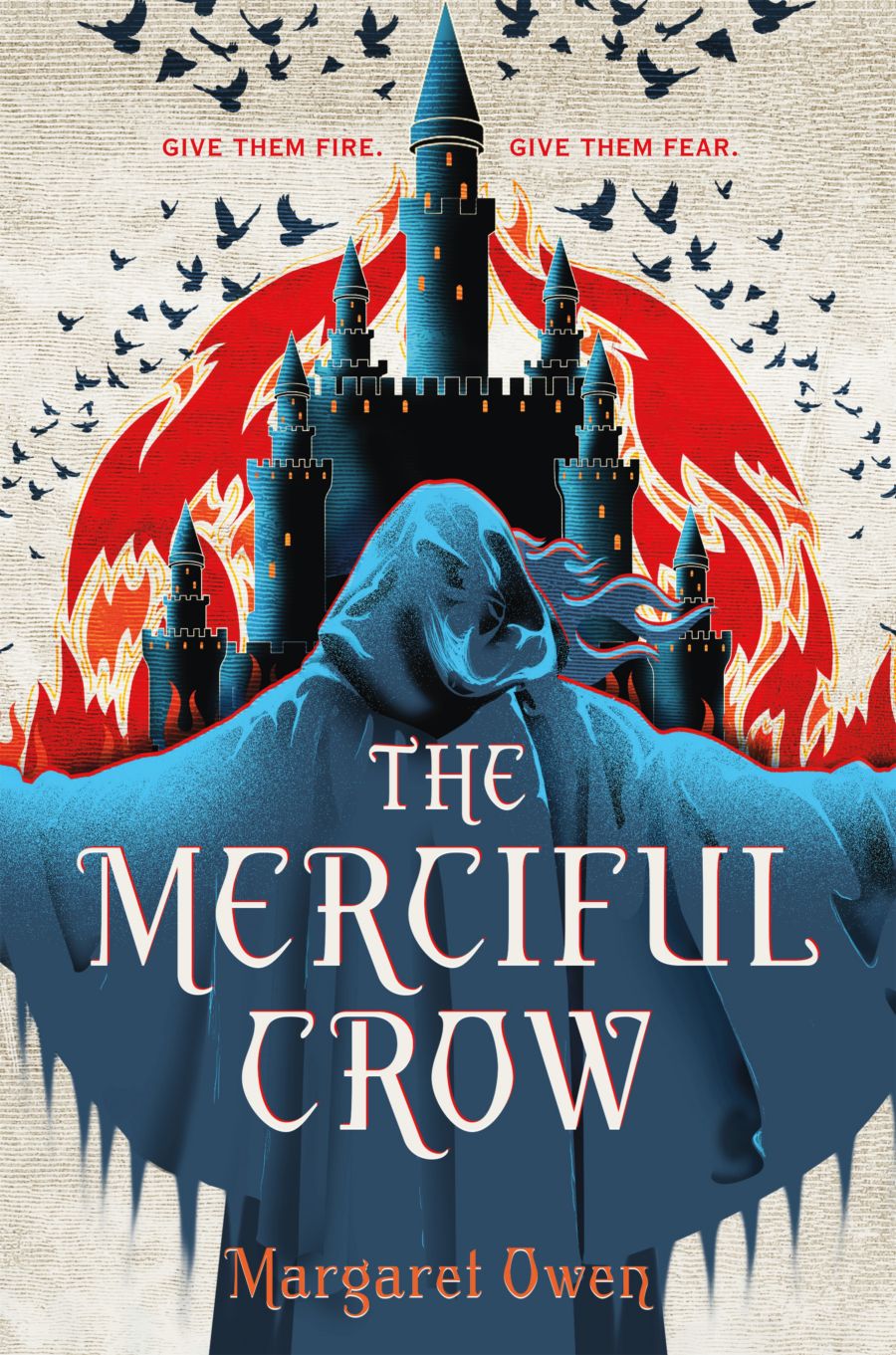