Our Lucifer season 5, part 2 review is spoiler-free and discusses the penultimate season of the hit show from Netflix, starring Tom Ellis and Lauren German.

It’s been eight months since the first half of Lucifer season 5 premiered, and now the final eight episodes of the season are available on Netflix.

Lucifer season 5, part 1’s finale takes place directly after the previous episode, which means we see the fallout from Dan shooting our titular hero. On the one hand, we can celebrate the fact that Lucifer is invulnerable again, but on the other—as is usually the case—there’s something else going on here.

Lucifer has chosen not to be vulnerable around Chloe anymore, which leads to a few more bumps in the road for their relationship. Life doesn’t slow down, however, and they must put aside their issues while they try to catch the Whisper Killer.

Much to Ella’s disappointment, they find out who the real killer is, though Pete admits he had nothing to do with Chloe’s disappearance. That was all Michael, of course, and we see how the arcangel has been pulling everyone’s strings throughout the season.

While Lucifer, Michael, and Amenadiel fight amongst themselves, God descends from heaven to wag his finger in their faces. “Children,” he says, “you know I hate it when you fight.” 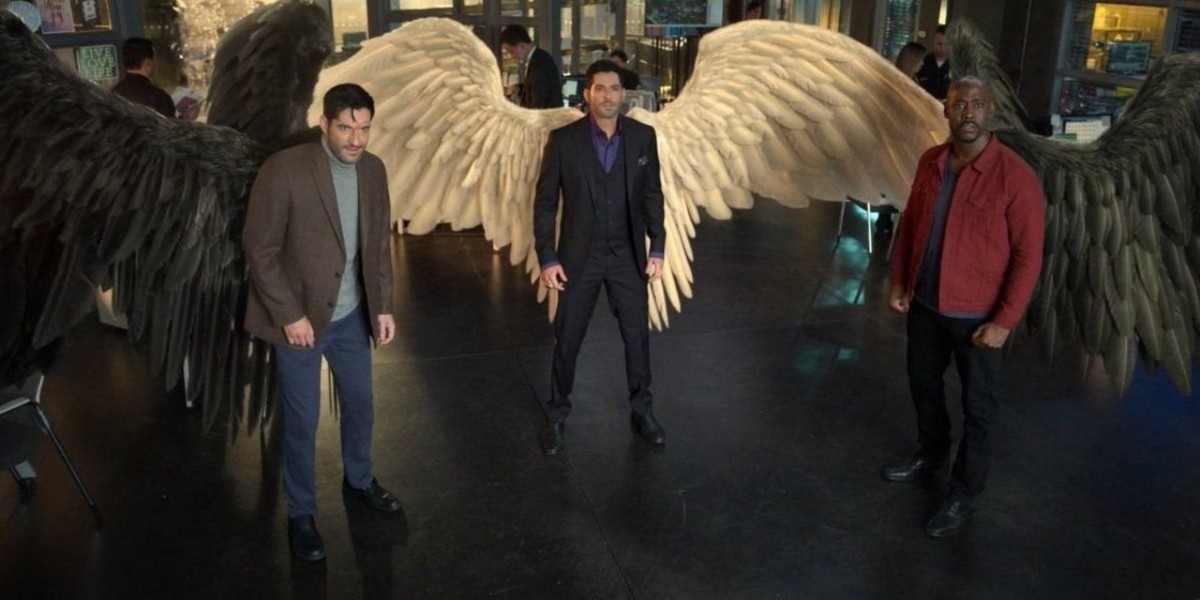 God has always been a major player throughout Lucifer, even though he had not yet been on screen. Many of Lucifer’s motivations stemmed from his continuous rebellion against and dislike for his father, and even Amenadiel had to come to terms with how God’s mysterious ways has affected him.

To finally see God on screen was both exciting and terrifying. There’s been a lot of build-up over the years, and considering we’re partial to Lucifer and his view on the entire situation, I found myself wondering if I’d hate the Big Guy.

To the show’s credit, God remains as mythical as ever. Despite seeing him in the flesh, it’s not easy to guess his motivations. We know there must be an important reason why he’s decided to grace Earth with his presence, but he’s not exactly spilling the beans.

There were many ways the show could’ve explored God’s personality, his reasons for doing what he does, and his relationship with Lucifer. Like with most of the other celestial beings on the show, Lucifer reminded us that he’s not all that different from us mortals. God and his sons squabble over many of the same things we do.

God’s presence on Earth sets up Lucifer’s next major arc on the show, and I’m excited to report that the whole situation is definitely a game-changer. The celestials have always had a presence on the show, but as more humans learn Lucifer’s true identity, the universe expands, setting the stakes even higher.

If you’ve fallen off the show for whatever reason, I’d recommend getting back on board. The series is more exciting than ever, and it’s making some bold strokes to amp up the action, drama, and scope of the world. Now is the perfect time to be a Lucifer fan. 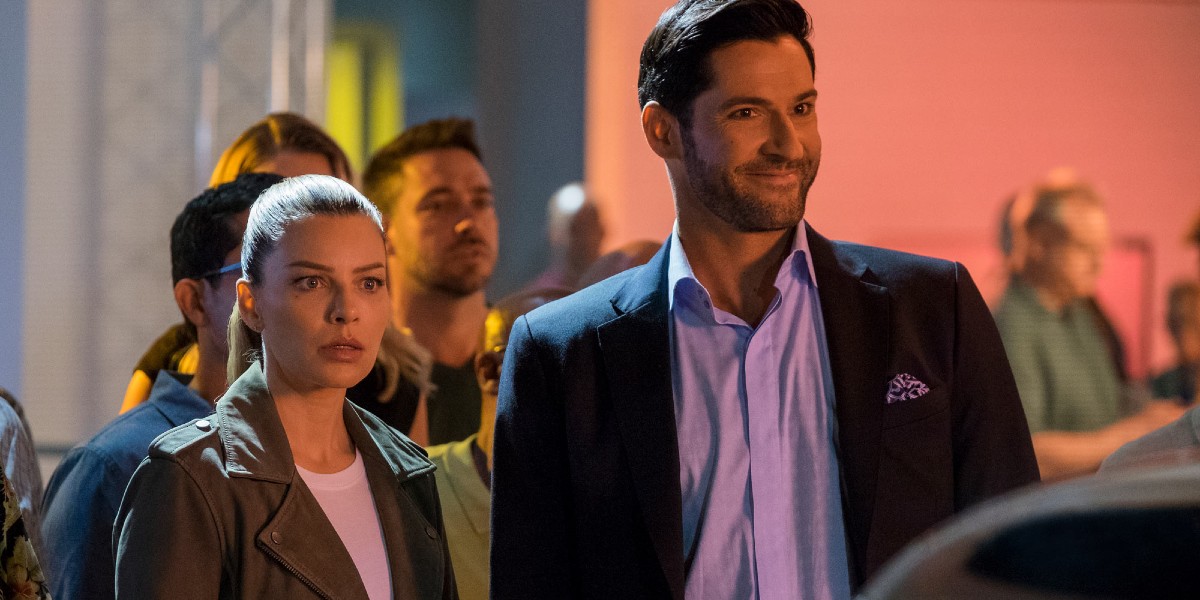 It’s taken five seasons to get Lucifer and Chloe together, but the wait has certainly been worth it. I don’t want to spend too much time talking about the first half of the season, considering this is a Lucifer season 5, part 2 review, but how satisfying was it when these two got together for the first time?

The space that’s existed between them since season 1 has slowly grown smaller over the years. From suspect and acquaintance to partner and friend, Chloe and Lucifer have forged their relationship one link at a time, through every case, every encounter, every strange occurrence.

Through those moments, Lucifer has grown as a person and a celestial being. He’s come so far, but the best thing the show has done for him is proven that being with Chloe is not the end of his journey—it’s just another beginning.

In Lucifer season 5, part 2, these two still have a lot to work out. Their relationship isn’t exactly conventional, which means there’s plenty to keep it interesting as they navigate what being together means for them as individuals. The show purposefully sidesteps some obvious pitfalls, and I’m grateful they chose not to go the obvious route in a few specific instances.

Plus, Lucifer doesn’t all of a sudden change his entire personality or stop struggling with his comprehension of humanity. His relationship with Chloe gives him another dimension of himself to explore, and we’re lucky enough to be along for the ride.

And it’s not exactly easy for Chloe, either. She knows the truth about his identity and has accepted him for who he is, but Lucifer’s existence on Earth brings some interesting problems to the table. She’s got to figure out where she stands in the grand scheme of things.

It’s a lot for any person to handle.

One for all and all for one 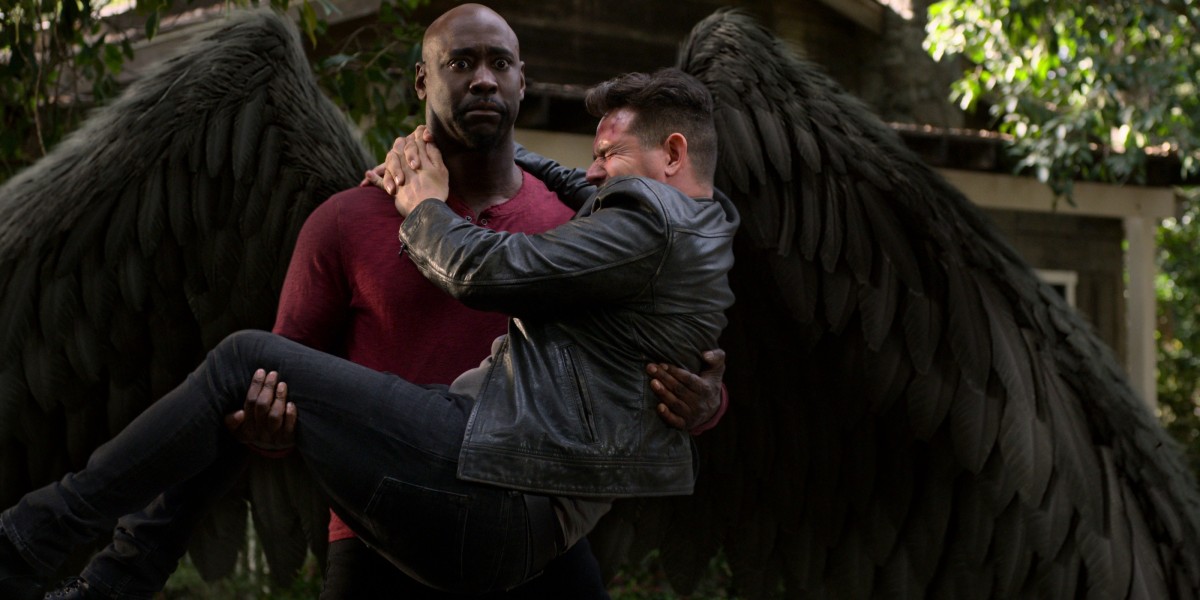 This is quite an interesting mix of personalities and professions, but like with any friend group, they’ve all found a way to relate to each other. Of course, they’ll butt heads once in a while, but each of these characters has grown so much throughout the years. They truly care, even if they show it in their own special way. (I’m looking at you, Maze.)

The best part about Lucifer season 5 is that every single one of these characters gets their moment to shine. In the first half, Maze, Amenadiel, and Ella get a little extra time in the spotlight as we explore their deepest fears and greatest vulnerabilities.

In Lucifer season 5, part 2, Dan, Linda, and even Trixie join them on stage. We get a little bit closer to each one, learning what’s been going through their heads all season and finding out what they desire from life. And although Dan has never been my favorite character, he gets some of the most emotionally complex moments on the show. I laughed and cried in equal measure.

This show’s ensemble cast truly brings it alive. Their antics can cross over into the realm of the ridiculous, but somehow, Lucifer always finds a way to make their triumphs and defeats resonate with us on an emotional level. It’s not an easy task to accomplish, and yet the series does it time and again. 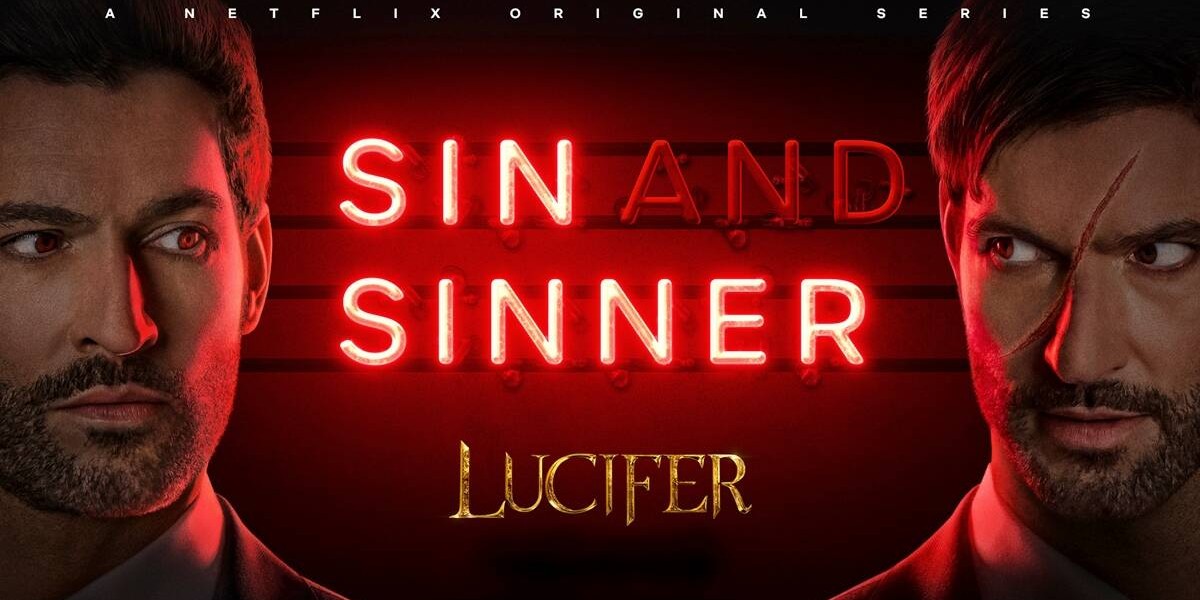 And now we reach the most difficult part of this Lucifer season 5, part 2 review. In order to remain spoiler-free, I can’t give too much away about Michael’s plans in this half of the season, but suffice it to say that he’s a worthy opponent for the likes of Lucifer.

I’m not Michael’s biggest fan for the obvious reasons, but it’s also strange to see Tom Ellis morph into Lucifer’s twin brother. Despite literally sharing the same face, you can tell the difference between the two—it’s all in the way Michael holds himself, the way he carries his burdens.

Plus, that American accent does not do Tom Ellis any favors. I’m not saying it’s bad, but it does make me strangely uncomfortable. It’s the perfect fit for a slimy celestial like Michael.

As much progress as Lucifer has made, Michael brings out the worst in him. Family can do that, and it’s nice to see that even God’s children squabble like the rest of us. The difference is that when they fight, bad things tend to happen.

We’ve already learned we can’t trust Michael, but that doesn’t mean we’d know how to stop whatever it is he put into motion during the first half of the season. For the first time since Lucifer began, the consequences of the Devil’s actions seem bigger than ever. His self-awareness means he’s less likely to make a selfish decision, but that doesn’t mean people won’t be hurt in the process.

I like Michael as an antagonist because he’s powerful, smart, deceptive, and righteous. He is Lucifer’s perfect foil, which makes for some truly interesting television. But that also means you shouldn’t expect to escape this season without having to make some sacrifices. 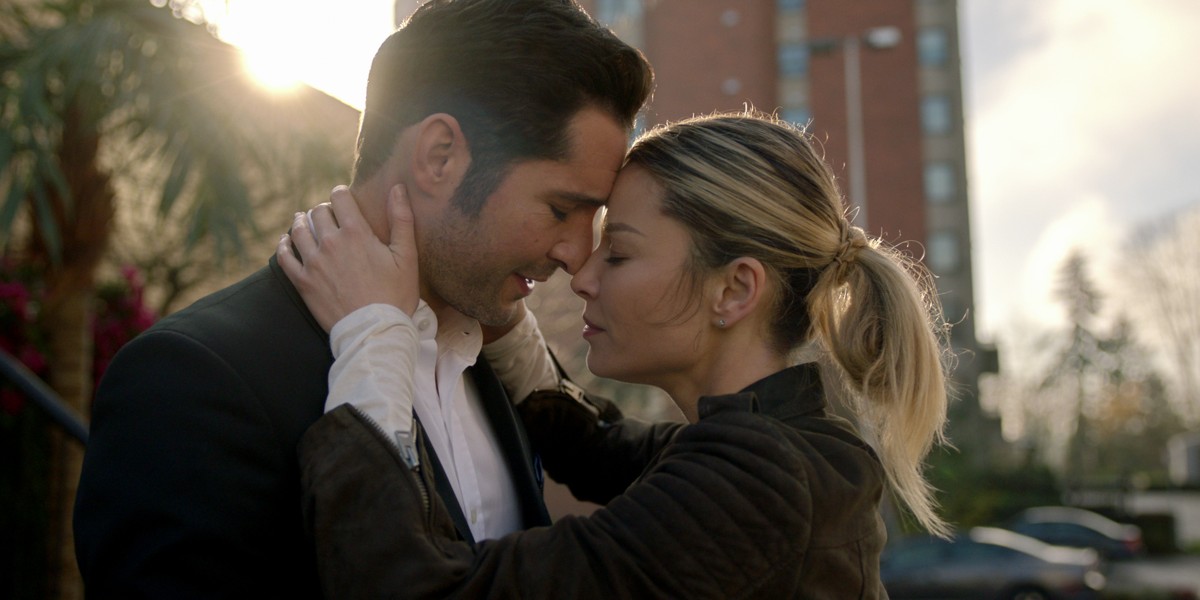 I mentioned this in my Lucifer season 5, part 2 review a few times, but it bears repeating here: The more Lucifer has grown, the higher the consequences of his actions. These eight episodes have held more emotional depth and personal growth for all of the characters than any of the previous seasons. And the show is better for it.

Lucifer has always been an over-the-top series. He hilariously and predictably misinterprets Linda’s advice in nearly every episode and finds every way to drive everyone crazy with his antics. The very concept of the show lends itself to the most absurd situations.

And yet, the series’ quieter moments have provided me with some of the best television I’ve ever seen. You know how self-absorbed Lucifer can be, so when he chooses to go against his character, you also realize how much work he had to put into that decision. You realize how much he loves the people around him.

I’m always surprised by how relatable this show is. Then again, it is constantly dealing with humanity’s desires and their fears, the relationships between people who shouldn’t work but somehow do, the beauty in people’s fallibility and the strength in their ability to make their own choices.

It explores the complexities of the human experience in the most hilarious, affecting, poignant way possible.

I fell off of this show for a while, but I’m glad to be back now. It’s been an emotional roller coaster, both behind the scenes and in front of the camera. Lucifer season 6 will be its last, and if season 5 is anything to go by, we’ve got one hell of a final arc to explore.