We use cookies to ensure that we give you the best experience on Hypable. If you continue to visit us, we will assume that you are happy with it.
5:00 pm EST, November 9, 2019

‘Looking for Alaska’ episode 6: The day before ‘after’

In Looking for Alaska episode 6, everything seems to be going right… until it all goes very, very wrong.

We left Alaska and Miles at complete opposite states at the end of episode 5: Alaska lonely and craving attention, and Miles finally receiving the attention he wanted — from Lara, his new girlfriend. The Colonel still doesn’t forgive Alaska for what she’s done, but along with Takumi they’re all hanging out and things are almost normal.

Still, heavy questions are on everyone’s mind. Alaska finishes her essay for Dr. Hyde after having a vivid dream/memory of the last day with her mother at the zoo. The question of what happens after you die comes up in the group and Alaska dismisses the idea of an afterlife, choosing to focus on the present. Lara, on the other hand, looks towards the potential of the future. And this, my friends, seems to be the crux of this episode.

Many intense moments await us in Looking for Alaska episode 6, some manufactured by the TV series, and others picked out almost word-for-word from the book. Which work, and which don’t?

(I think they all work to make me cry.)

Miles and Lara have a good — if awkward — time

After getting together at the end of the last episode and having their first kiss, Miles and Lara haven’t really stopped kissing… they just keep doing it everywhere. The Colonel has a talk with Miles about losing one’s virginity, and Miles is a little embarrassed: he hasn’t really spoken about it with Lara, and doesn’t know how he expects it to go.

Well, no need to worry because Lara is way ahead of him. She doesn’t sit around waiting for the man to initiate. This is the scene that got Looking for Alaska banned in many schools across America: the painfully realistic take on teenage sexuality, and just how misinforming and confusing it can all be. Lara and Miles want to experiment together, but they have no realistic frame of reference for what they should do. It’s absolutely cringeworthy, and most people would give up and never look each other in the eyes again — but Miles and Lara have something no teenagers at that point in time had: Alaska Young (and Lara’s ironclad commitment to leaving no stone unturned, or no Miles… well.)

In a painfully comedic moment, Lara and Miles receive oral sex coaching from Alaska using a tube of toothpaste, like in the book. But true to her feminist nature, Alaska in Looking for Alaska episode 6 follows it up with some tips on how Miles can help Lara out… although it all happens off-screen.

Is it weird of Miles to suggest speaking to Alaska, when he also has feelings for her? Yes. But everything is a little weird at Culver Creek. And Lara and Miles’ relationship is way better in the show than it is in the novel, where they barely knew each other. In the TV series, even though their destiny may not be “happily ever after”, there’s something sweet that comes along with the awkwardness: the heartwarming vulnerability of open conversation between partners, if only for a little while. 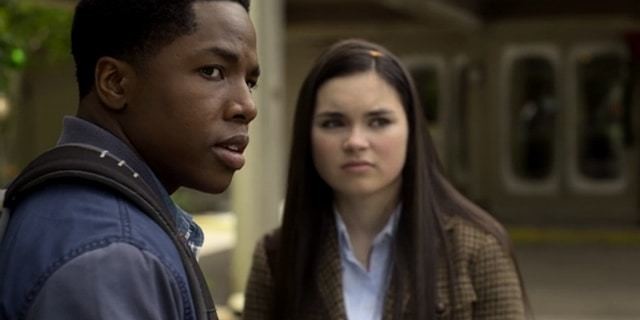 The Colonel’s pranks catch up with him

Sara pulls the Colonel aside and tips him off: he’s in trouble. Kevin and Longwell’s parents want to press criminal charges because of the applications prank, and they have one of the top litigators on the state on their side. The Colonel tries to brush it off, but Sara’s concern makes it clear that this is no laughing manner.

(He’s also offended that she would leave him for Longwell after they made fun of him for so long. Was she lying the whole time? “He is lame,” she agrees. “And you’re brilliant, and challenging, and complicated, and I just want to be happy.” The Colonel never made that easy.)

Things only get worse when the Eagle calls the Colonel to his office. He knows the Colonel did it, because he was seen on campus during the dance when he was supposed to be at his mom’s. And because Duke is now involved, there’s not much the Eagle can do to get him out of this mess.

The Colonel knows that nothing will happen to the Weekday Warriors because they’re rich and have connections, and so does the Eagle. But the Colonel forgot to account for the Warriors’ families: powerful, privileged people who won’t stop until he’s expelled. In their eyes, all his hard work means nothing: he’s just a poor, Black boy from a trailer park.

“They were just waiting for the chance,” the Colonel says.

“Then why did you give it to them?”

The Eagle offers the Colonel a terrible option: to take the fall for his friends and get expelled. He would get expelled either way, but at least like this it would only be him.

None of this is in the novel, and it may seem a little excessive: why so much drama? The book was heartbreaking enough without all of this. But Looking for Alaska episode 6 wants to destroy your heart, and it does so by making everything go to hell.

In a flashback, we see how Alaska met the Colonel: rescuing him from her then-friends, the Weekday Warriors (who immediately made him a target of their bullying). She was looking for “people with an IQ higher than their age” and they became fast friends — possibly starting out with a similar dynamic as Miles and Alaska have now.

Present-day Alaska tries to come up with a plan to save the Colonel, fueled by guilt that this all came from a prank that was meant to avenge her life’s library. But no one’s plans are good enough. Miles even tries going to the Eagle, but that doesn’t work either.

Lara is the only one that isn’t devastated. She’s sorry the Colonel has to leave, but she’s glad they get to stay — after all, they weren’t caught. She thinks Miles is ungrateful for not appreciating the educational opportunity Culver Creek is, and that he’s being derailed by his idea of a “Great Perhaps.”

They fight, and maybe sort of break up.

Meanwhile, back in the dorms, the Colonel convinces himself that everyone will forget him once he leaves. Drunk, he blames Alaska for all of it, and acts so cruelly that Alaska and Takumi leave him. “Why not? Makes it easier for everyone to move on.”

“Self-pity was never your thing, Colonel. I always thought you were more of a fighter,” Alaska says. He says they let each other down. 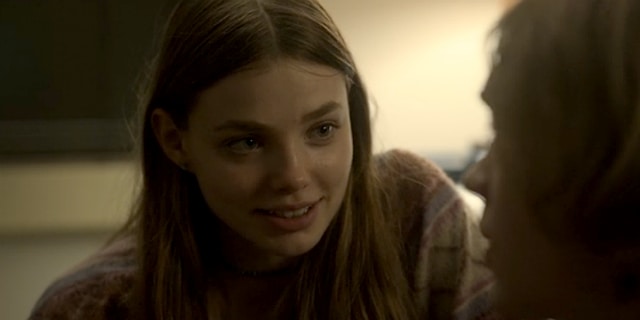 Is it cheating? The last moments of ‘before’

Miles thinks it’s mostly over with Lara and Alaska thinks it’s completely over with Jake (she called him and his friend picked up, which Alaska chose to believe meant he moved on). Now, gutted by what is happening to the Colonel, they sit together and smoke. Miles convinces her to go back and stay with the Colonel until he leaves.

But when they get back, the Colonel is passed out, drunk. So Miles and Alaska sit by him and play Truth or Dare, in which we discover that Alaska sees Miles as a future novelist who writes a book about her (a little bit too John Green, perhaps?), that Miles did indeed want to kiss Alaska at Dolores’ house (obviously), and that Alaska also did (confusingly!) because she wanted to be available for Miles (differently from the book).

Miles stands up for himself. He wants to make his own decisions, and he doesn’t want Alaska to be condescending to him anymore. He’s responsible for his actions, he says. He can handle this.

He kisses her. They make out. Is this cheating? Technically, he’s still with Lara.

Alaska wakes up in the night and tells him “to be continued.” Then she leaves… and comes back later, screaming and crying. She needs to leave, she says, even if she’s drunk and upset. And the Colonel and Miles spring into action — set off fireworks to distract the Eagle, open the gate for Alaska’s car…

She drives away, crying, and the episode ends.

There is no ending title. With Looking for Alaska episode 6, we have reached the end of “before.” The next episode will be “after.”

All episodes of ‘Looking for Alaska’ are currently streaming on Hulu.