‘Loki’ episode 5 review: Thanks for being the spark

‘Loki’ episode 5 review: Thanks for being the spark

Our Loki episode 5 review discusses the mystery behind the universe known as The Void, and everything this means for the MCU.

Loki episode 4 changed our perception about everything when it came to this show and its beloved titular character.

Not only did Loki admit he loved someone, but that someone happened to be himself—aka Sylvie. We also found out the Time-Keepers were mindless machines, and that when you get pruned, you don’t really die.

But there were still plenty of questions that had been left unanswered by the time the credits rolled, and we went into this week’s episode looking for all possibly relevant information.

Once again, Loki slowed the action down to give us some intimate character moments and provide additional exposition. But that’s what this show does best—giving us tiny moments so when the bigger ones come, they’re all the more exciting.

Are you ready to jump into this Loki episode 5 review? Let’s go!

That’s not how that works 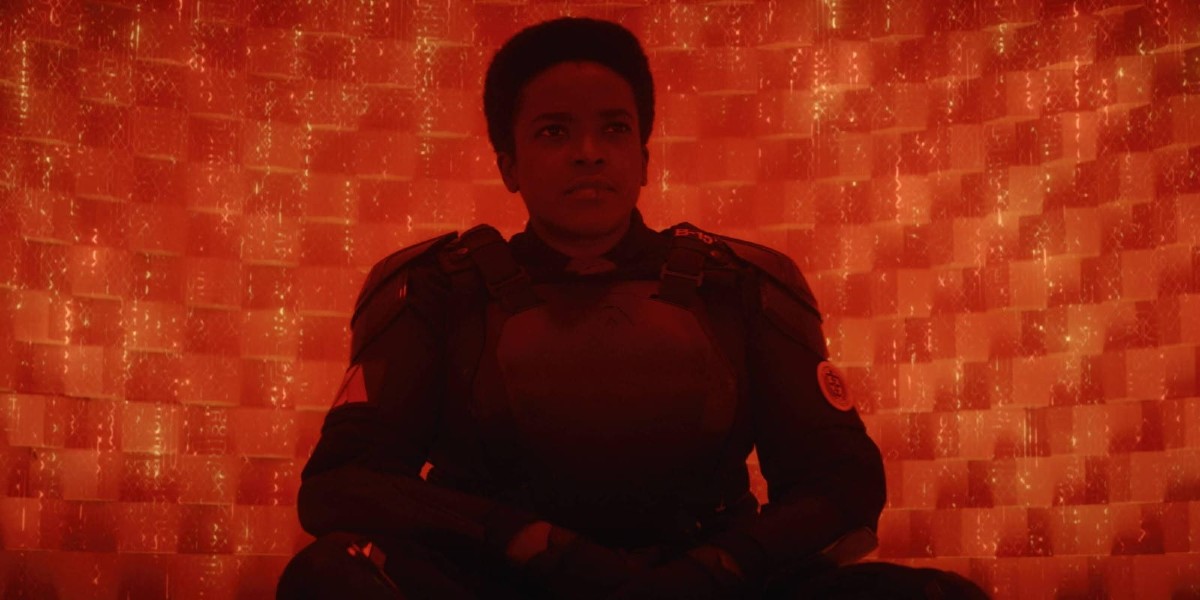 One of the biggest revelations from last week’s episode was that pruning didn’t actually kill a variant; it sent them to The Void. It was quite a relief to learn this considering we’d just lost Loki and had previously thought Mobius was dead.

Judge Renslayer uses her knowledge of the Void to gain leverage with Sylvie, who’s one second away from turning the pruning stick against her. It turns out that pruning doesn’t destroy matter, it just moves it to a different place on the timeline.

In fact, the branched Timeline isn’t reset, it’s actually transferred to a void at the end of time where every instance of existence collides at the same point and stops. The end of time is still being written, and the Time-Keepers are attempting to turn it into utopia.

The only problem with this is that the Time-Keepers may not exist at all. The ones Renslayer thought she was dealing with turned out to be robots, so who’s to say any information about the beginning of time is correct?

While this takes the TVA hunters by surprise, Renslayer rolls with the punches. She’s got B-15 hostage, and while she says the TVA needs to continue operating as if nothing is wrong in order to ensure stability, B-15 sees right through her charade.

Renslayer wants to know who’s behind it all, too. For a brief moment, I thought Renslayer might be in the loop with whoever is controlling the TVA, but that doesn’t appear to be the case. But as much as she wants to figure out what’s going on, B-15 doesn’t think she stands a chance against Sylvie’s dogged determination and drive.

As much as I like Gugu Mbatha-Raw, I can’t say I like Ravonna Renslayer very much. It may appear as though she has some power, but in the grand scheme of things, she’s just a pawn. I don’t see her as a villain, but a minor inconvenience for our characters.

However, I will be interested to see what she does next. Is she more concerned with upholding the TVA regardless of who’s in charge, or is she as angry as Sylvie that someone has been pulling their strings this entire time? Something tells me it’s the former, and unfortunately, that’s the most boring option of the two.

Once a Loki, always a Loki…? 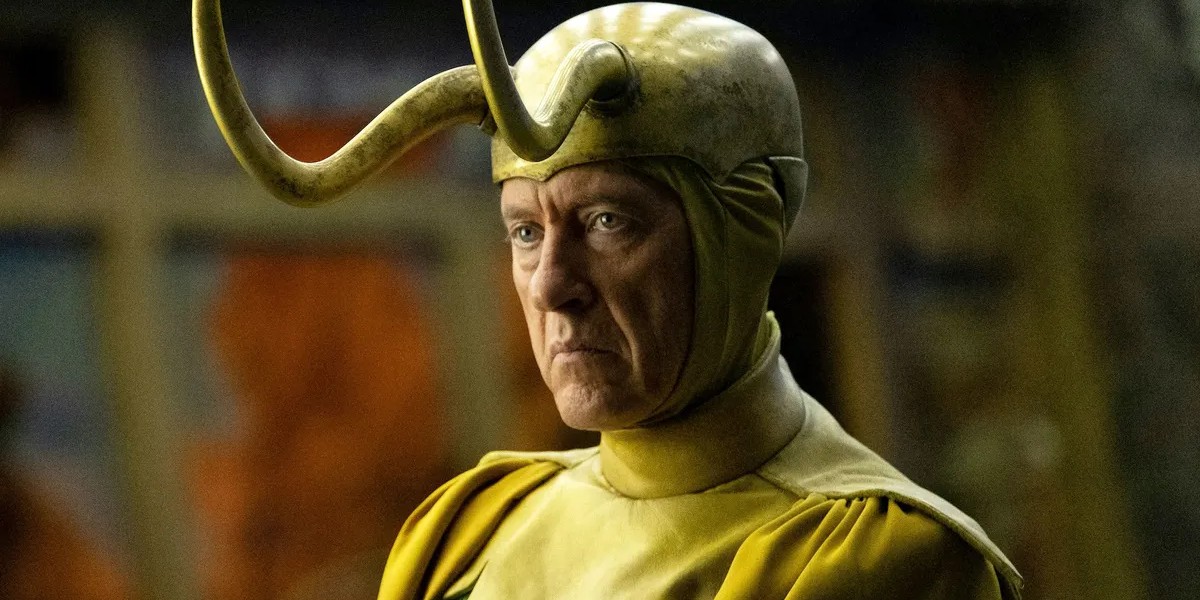 It turns out the place named The Void is pretty dangerous. Who would’ve thought?

Our Loki meets up with different versions of himself, and it’s clear pretty early on that Boy Loki is the one in charge. We get a hint at the different personalities each of these unique Loki contains, as well as the dynamic with each other.

Boy Loki’s nexus event was that he killed Thor. Classic Loki survived Thanos’ attack (this gives us hope!), went to a remote planet, started missing his brother, and then tried to leave. Alligator Loki ate the wrong cat, apparently.

We see that Classic Loki is relegated to believing every version of himself is broken, destined to make the same mistakes for all of eternity. He doesn’t believe any of them will ever change, and after everything he’s seen and experienced, it’s hard to argue with him.

Our Loki isn’t going to give up so easily, however. He tries to recruit them for his mission to attack Alioth, the giant monster who hunts variants in The Void. They laugh in his face, driving him from the bunker, but when he surfaces, he’s faced with a whole new group of Lokis.

The ringleader here is President Loki, who wears a ripped suit and a political badge on his lapel. Tom Hiddleston also plays this one, and doesn’t it make you want to find out his story in more detail? Screw this whole Loki episode 5 review, let’s just write detailed backstories for each of these characters. But alas, that’s not our glorious purpose.

It turns out Classic Loki might’ve been right about a lot more than we’re willing to admit. Hammer Loki was the one who betrayed them, only to be betrayed by President Loki, who ended up being betrayed by one of the others. No wonder he thinks they’re all broken.

In the ensuing chaos, Classic, Boy, Alligator, and Original Flavor Loki escape the bunker. Our Loki convinces the others that taking down the TVA will allow the Lokis who want to change to do so without fear of being sent to The Void. And it’s a compelling enough argument to work.

Luckily, for our Loki, Sylvie recently landed in The Void and outran Alioth with the help of none other than Mobius. Since Loki’s plan of attacking the monster was kind of stupid, they go with Sylvie’s, who believes Alioth is simply a guard dog. If they can enchant the monster, then they might be able to make it past The Void to where the real Time-Keepers exist.

Loki and Sylvie stay behind to do the deed, while Mobius plans to go back to the TVA and burn it to the ground. The other Lokis aren’t dumb enough to take on Alioth, but they’re not leaving The Void either. There’s no place for them on the Sacred Timeline as it is, and The Void has become their home.

Till the end of the line 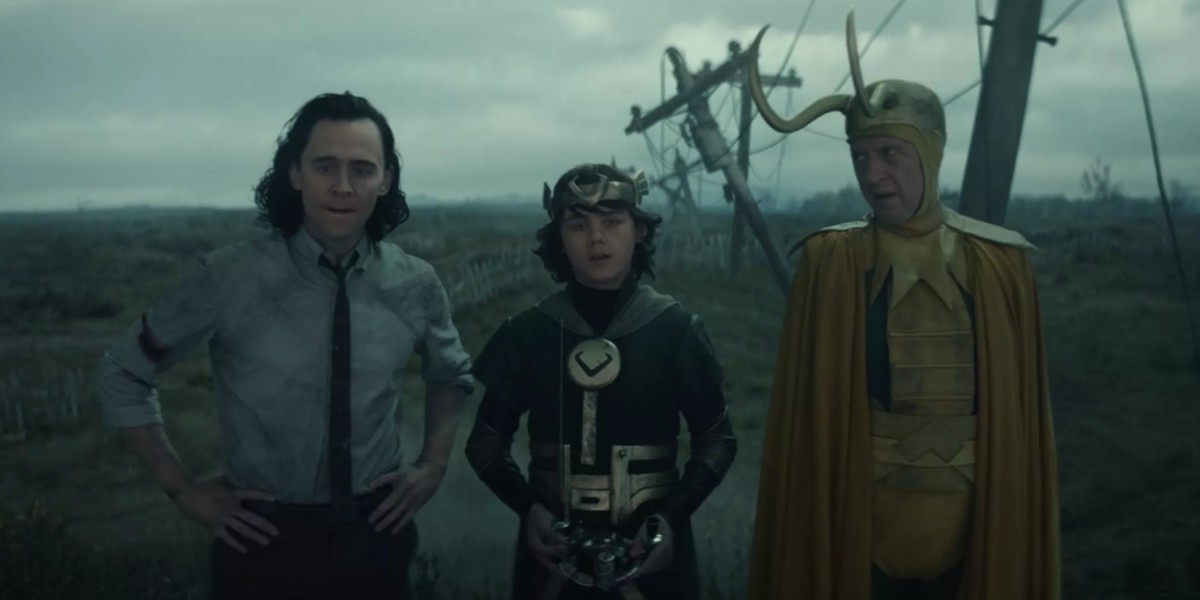 The final section of this Loki episode 5 review discusses the most critical character development we’ve seen thus far. Sylvie and Loki share a blanket and ask each other what they’ll do when this is all over. While neither one of them has a concrete answer, the point is that they can do whatever they want. With the TVA out of the way, they’re no longer considered aberrations. That must be nice.

At one point Sylvie asks if Loki will betray her at the last possible second, and you can see in Loki’s eyes that he hadn’t even considered that a possibility. Whatever you want to label their relationship—whether it’s love, friendship, kinship, or all three combined—he’s as dedicated to her as he’s ever been to anyone in his life.

Sylvie isn’t used to having friends, and you can see how strange it is for her to even thank Loki for his kindness. Something has fundamentally changed within each of them because of the other, and this just proves that the Sacred Timeline might not be the best way to keep control of the multiverse.

When the pair of them finally attack Alioth, it’s all they can do to hold on. Luckily, Classic Loki swoops in to save the day, causing a distraction by rebuilding the ruins around him. He sacrifices himself so Sylvie and Loki can enchant Alioth. And as soon as they do, the facade melts away to reveal a door into whatever is beyond the void.

There’s not enough room in this Loki episode 5 review to speculate about what could be beyond The Void. The most important question we’ll want an answer to is who was controlling the TVA puppets and what their ultimate end goal is.

The Loki finale airs next week, and there’s no telling what might happen or how it could affect the rest of the MCU.

Do you agree with our ‘Loki’ episode 5 review?